As AMCN’s Art Director finds out, don’t knock it until you’ve tried it

It’s been over two years since I’ve ridden a motorcycle in Oz. I’ve been riding scooters through Asia for the last few years and, even though it was scary as hell sometimes, buzzing around overcrowded cities and riding a 942cc V-twin through the Aussie countryside are world’s apart. 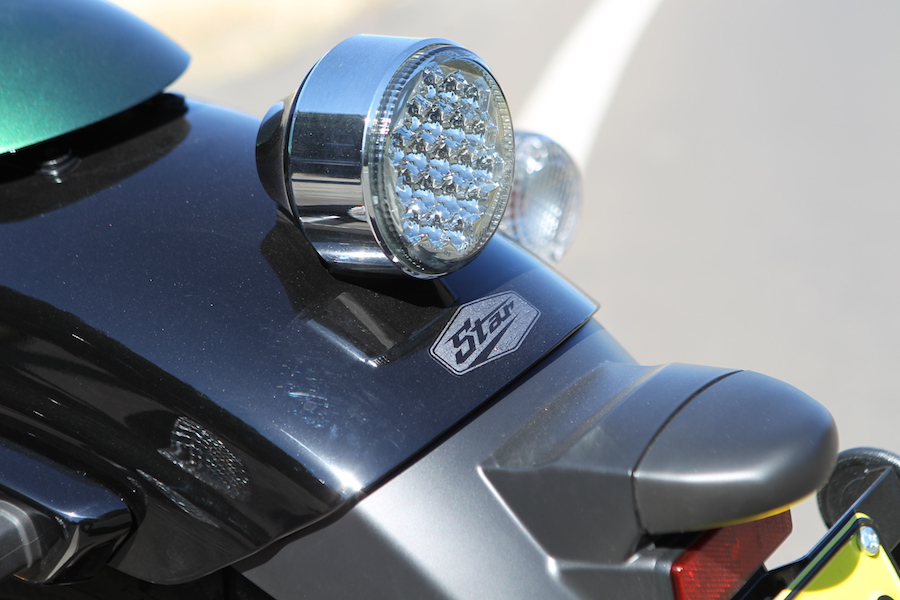 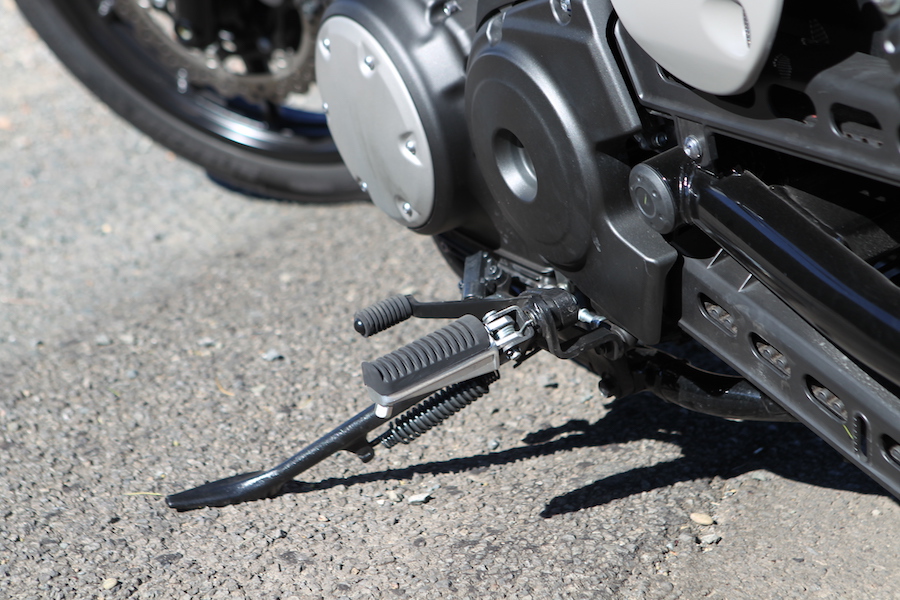 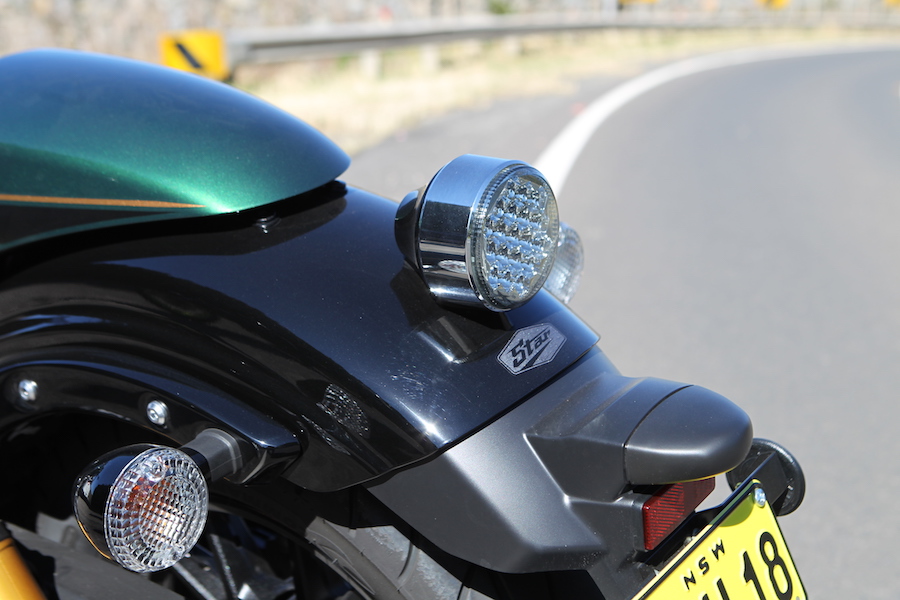 The Yamaha Bolt C-Spec is not the type of bike I’d usually lean towards, I’m more a fan of modern-styled nakeds and sportsbikes, but I was keen to discover the appeal of this type of machine and if it was something I, too, could learn to love.

The C-Spec is the third model in the Bolt’s three-tiered range; there’s a standard Bolt, and then two Spec machines, the R-Spec and the C-Spec. 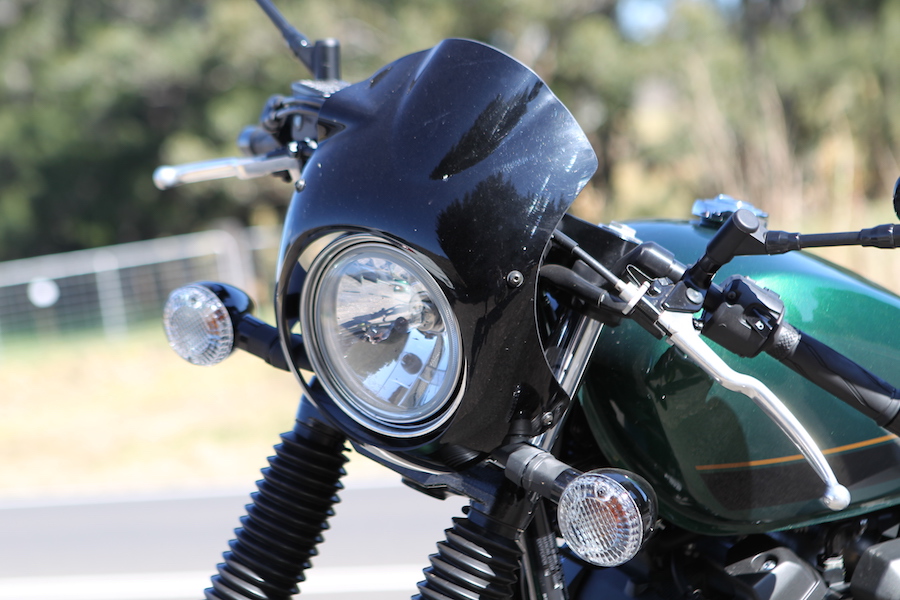 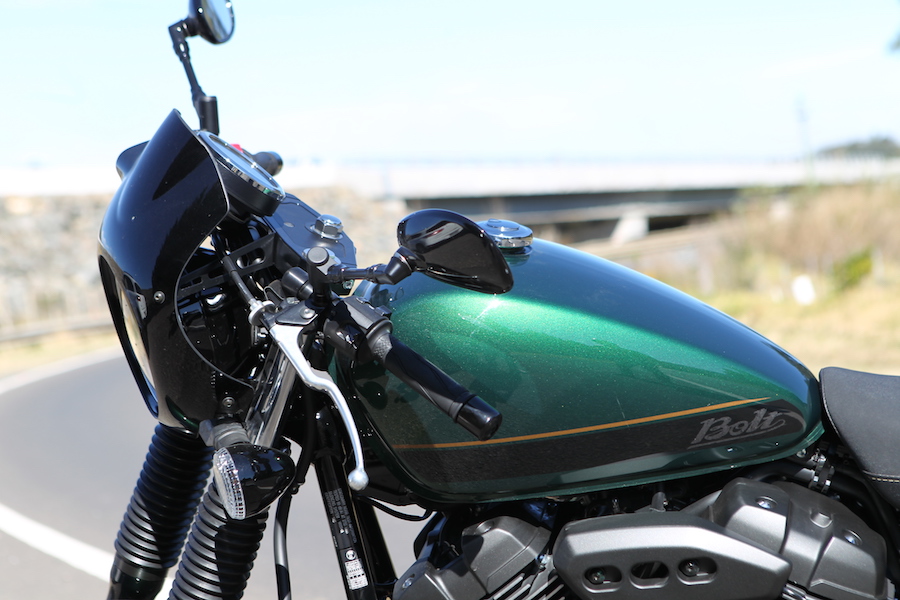 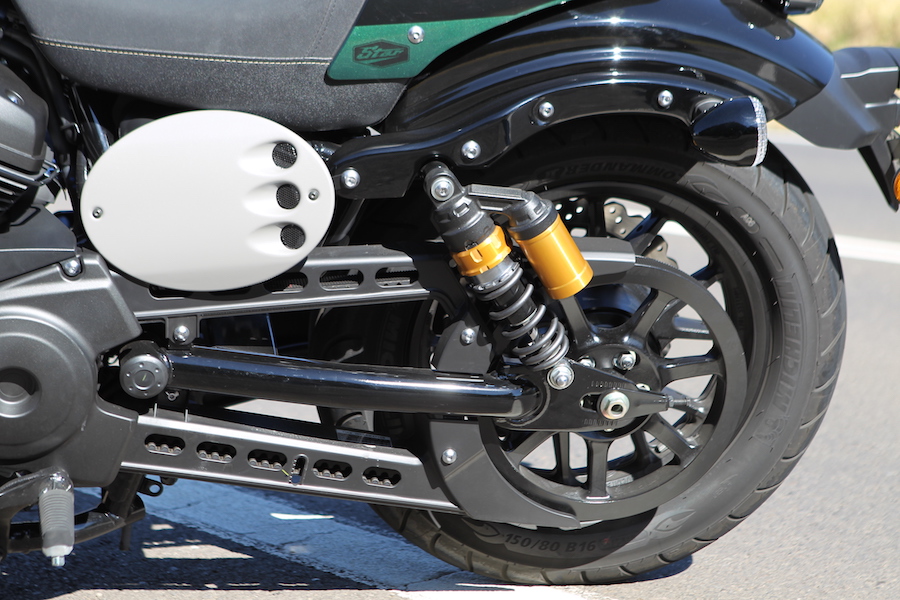 While both Spec machines use the same piggyback shocks (compared to the base model), it’s otherwise only graphics and seat finish which separates the R-Spec from the base-model Bolt. The cafe racer-inspired C-Spec differs significantly more, with styling and ergonomic changes. The clip-on handlebars replace the wider, single-piece ’bar of the other two, it boasts fork gaiters as well as a front screen, plus a rear cowling to add to its, let’s face it, borderline cafe-racer look. But, between the Akrapovič silencer and its C-Spec specific graphics and rather fetching green paint, I was starting to like it. In the end, though, it was its ergonomics that did it for me. Compared to the other models, the footpegs have been mounted further back. This put my feet directly below my bum in less of a cruiser-like riding stance, and more the familiar nakedbike riding position I like. The ’pegs do get in the way when stopped, they’re positioned right where my legs wanted to go, but it’s a bike designed for riding, I guess, so it’s forgivable. I have always looked at people riding cruisers and hunched-forward cafe-racer retro-styled bikes and wondered how tired they must get riding them for any length of time. But I was really surprised and happy to find out that the Bolt C-Spec is super comfortable. Good thing, too, since I’ll be hanging on to it for a while. 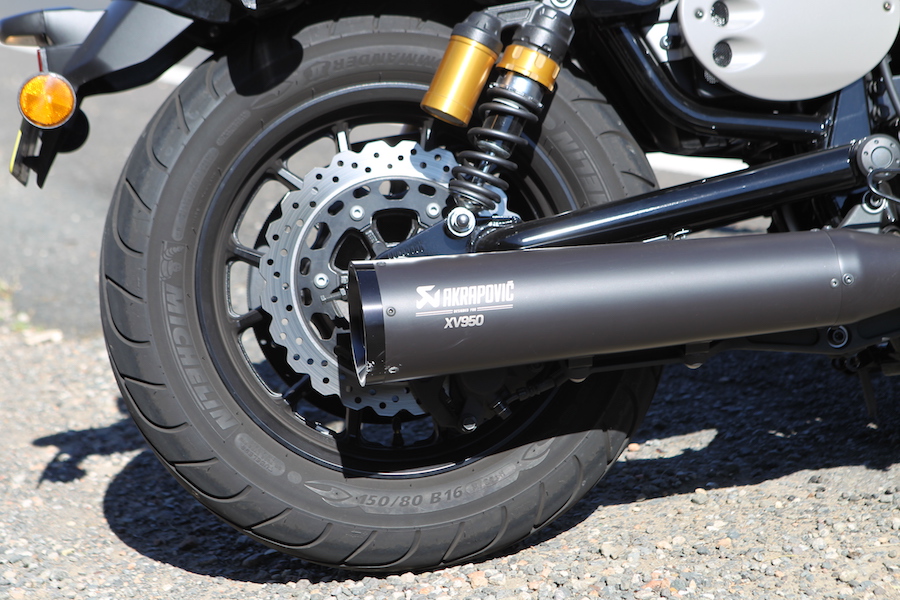 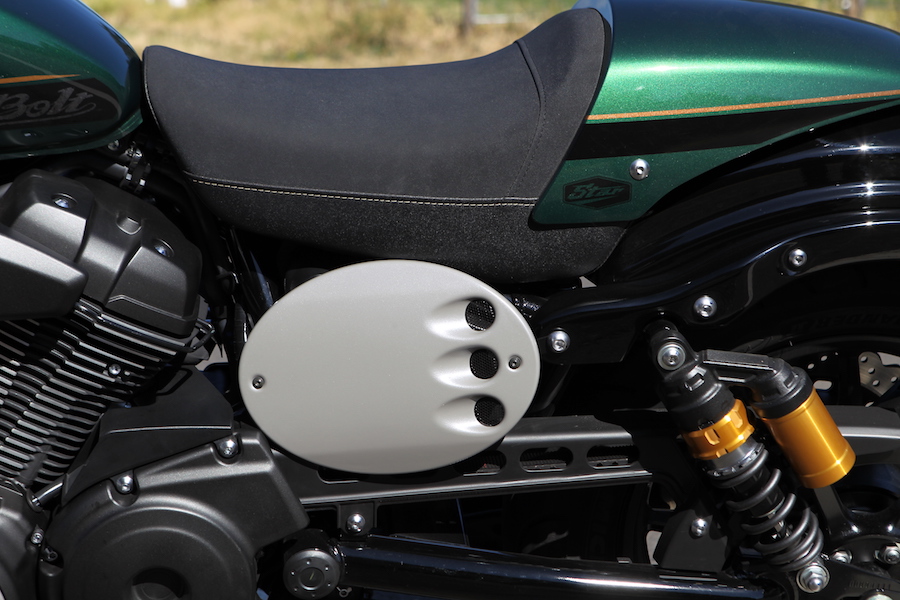 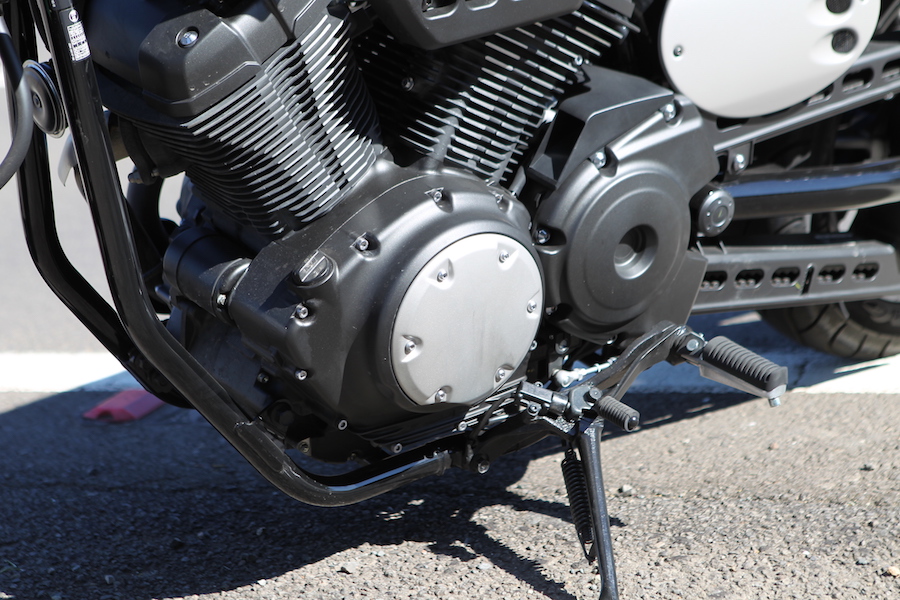 There’s also a few bits from the accessories catalogue thrown at this model, which I’m also fond of. Not least the Akrapovič exhaust, which gives a great note as you blast off from the lights, but not enough to turn peoples’ annoyed heads. It’s also got some aluminium side covers, which look great, and the stainless-steel mesh air cleaner cover adds
a toughness which I really like.

I am a fan of the small modern-style dashboard, it gives me all the basic information, right in my line of sight, but, the only complaint is it doesn’t have a fuel gauge. I’m not exactly sure how far the 12-litre tank will take me, and how practical it is for anything more than around-town runs, but I’ll run it dry in the next few weeks with some spare fuel on board and report back.

Going in with unknown expectations, I have been pleasantly surprised by this bike. Its styling is unique, performance is ample and the overall ride has been perfect for the New South Wales south coast rolling twisties, where this bike thrives and where I’m keen to explore.

Maybe with age, your tastes change and diversify. Who knows, there might just be a cafe-cruiser rider in me who I’m yet to meet.