The 750 GT is rarely hailed as an iconic Ducati, but it was the bike that secured the Italian marque’s future

The date is 23 April, 1972, and we are at the Imola 200, billed as the Daytona of Europe. It’s the first major Formula 750 race held in Europe and brings together teams from MV Agusta, BSA, Triumph, Norton, Honda, Kawasaki, Suzuki, Laverda, Moto Guzzi, BMW… and Ducati.

The race starts in a fashion all too familiar to the assembled throng. A red and silver four-cylinder MV Agusta carrying the number one plate – ridden by Giacomo Agostini, the reigning 350cc and 500cc World Champion – leads off from the line and into the first corner.

Agostini continues to set the pace early on, but even the brilliant Italian, who has amassed 10 world championships by that time, couldn’t shake the two machines in hot pursuit. Then on lap five something remarkable – indeed history making – occurs. On the main straight, and in front of some 70,000 fans, a metalflake-silver twin-cylinder machine from a factory not far away in Bologna and ridden by Englishman Paul Smart sweeps past the MV.

Shortly after, Smart’s teammate, the Italian veteran Bruno Spaggiari, also passes Agostini and sets off after the Englishman. From there, Smart and Spaggiari lap in team formation in a dominant display of the new Ducati’s speed and reliability – before engaging in a dice in the closing laps that sees Smart eventually take the chequered flag.

Formula 750, effectively a precursor to today’s Superbike racing, called for production-based machines – although the rules were far from watertight as subsequent events would prove. The two works Ducatis were there for one reason: to prove the worth of its new 750 GT, which had gone on sale the previous year. 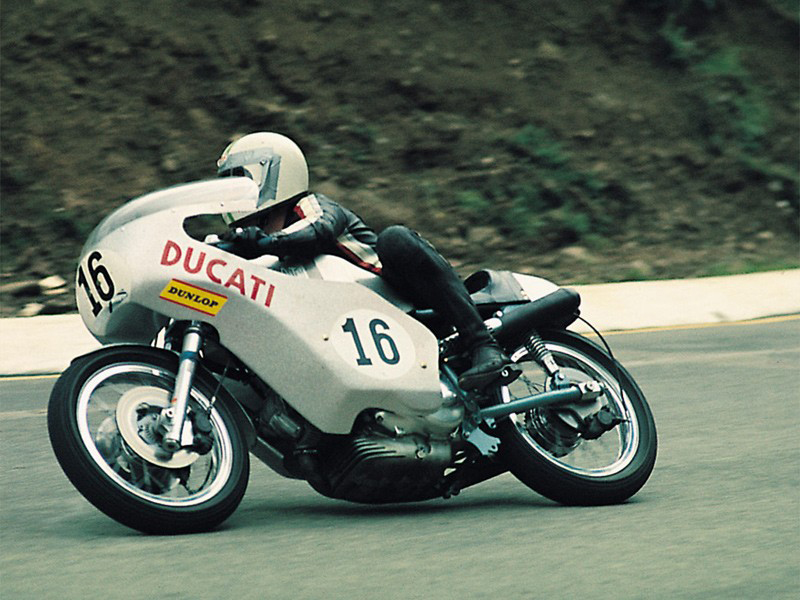 The 750 GT was developed by struggling Ducati as a response to the still young but fast-developing sportsbike market – initiated by the likes of Honda’s CB750, the BSA Rocket 3 and Triumph Trident triples. It came about after plans to build a 700cc parallel-twin were shelved in 1967 when the Italian government bureaucrats, who had much say in the way Ducati was run at the time, decided they didn’t like the idea – even though they had initially commissioned the design!

Following the scrapping of the 700cc parallel-twin, Ducati’s fabled engineer, Fabio Taglioni, came up with an alternative design: a 90° 750cc V-twin. Its cylinders were aligned fore and aft along the frame.

In addition, the cylinders’ 90° angle gave perfect primary balance and therefore smooth running – good cooling for the rear cylinder, and a slim profile that helped both the aerodynamics and allowed the engine to be mounted low without compromising cornering clearance.

By early 1970, 750 GT prototypes were being tested on the roads. Initially fitted with a large double-sided racing-style front drum brake, gaiter forks, strange-looking exhausts, as well as the odd mixture of an old-style Ducati tank badge – but modern sidecover decals, the prototype eventually made its way onto the show circuit by late 1970.

By the time the 750 GT went into production, a front disc brake with an opposed-piston caliper replaced the double-sided drum, the gaiter forks were dropped, the badging and graphics revised and the familiar exhausts added.

Although first fitted with a fibreglass tank, this was changed to steel, initially for the UK market. Models destined for the US market were fitted with indicators and high-rise handlebars, while the original 19-inch front wheel eventually made way for an 18-inch item after the first couple of years of production.

While the 750 GT never achieved the iconic status of the 750 Super Sport, or even the Sport for that matter, it was the bike that started Ducati on the road to success still enjoyed today. Without the 750 GT there would have been no victory at Imola in 1972, and no Ducati, as we know it today. 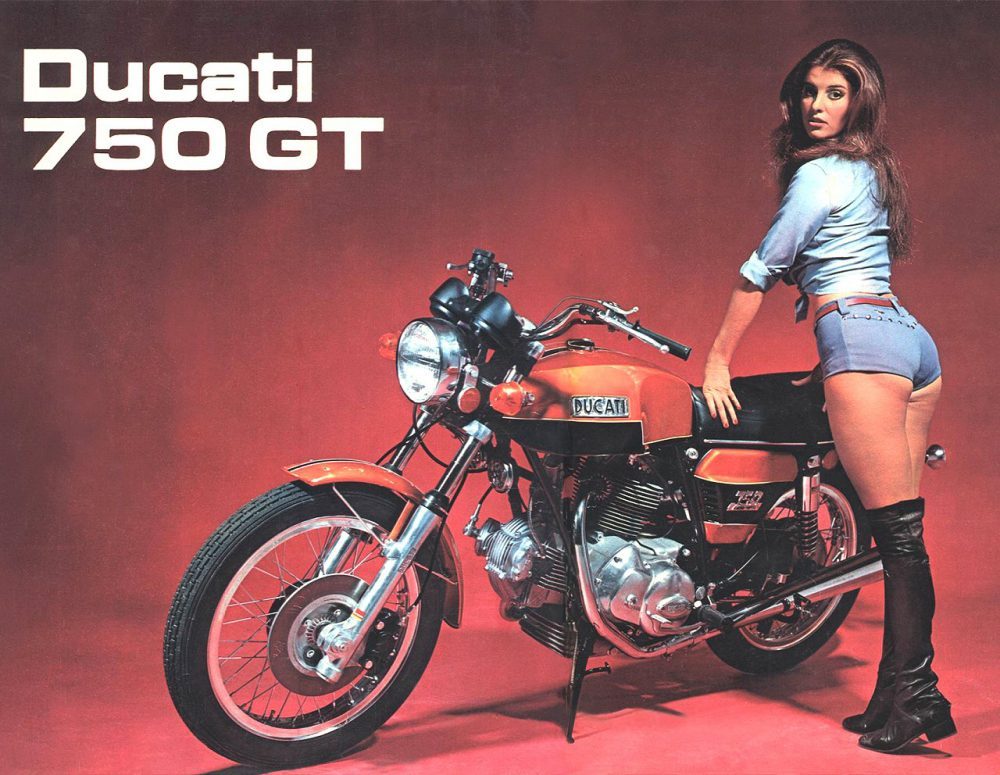 Taglioni initially considered four different versions of the 750cc V-twin. The first and most basic design used pushrods to operate the two valves for each cylinder. The second was a single overhead-cam design using conventional valve springs, while the third was a desmodromic (positive valve closing) version of the SOHC design. He also considered a complex triple-cam desmo that harked back to the 125cc single-cylinder GP Ducati he designed in the 1950s. In the end Taglioni decided the SOHC valve-spring design was the best compromise for the GT. The door however was still left open for a desmo version. That would come later in the form of the 750 SS. 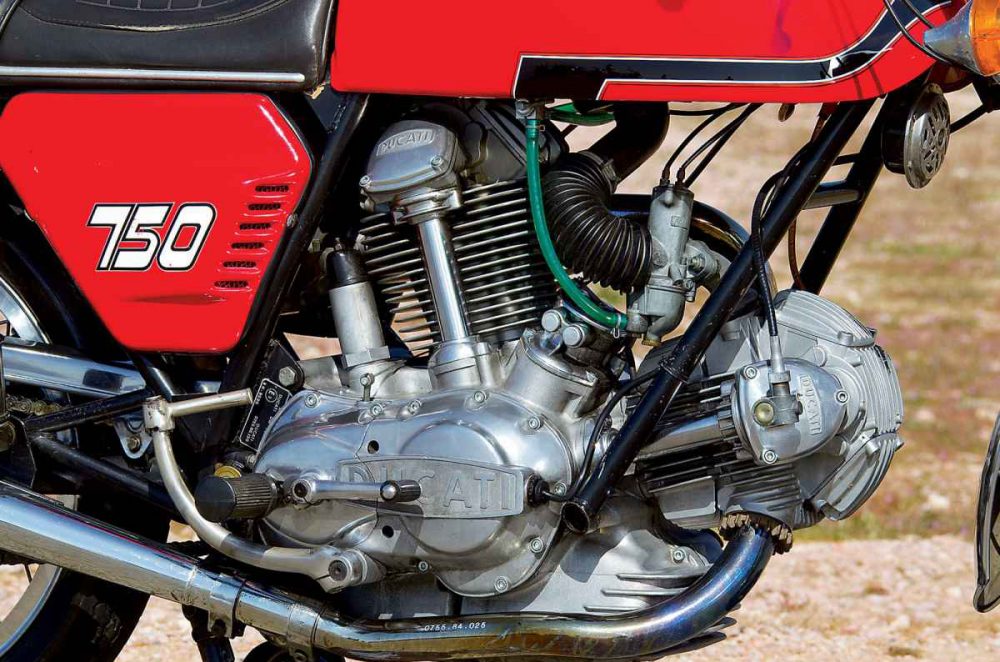