As Triumph goes from strength to strength, Alan Cathcart visits its Thailand factory and discovers a manufacturing transformation

Triumph has been a motorcycling success story in recent years, with a rapidly expanding range of both modern and retro machines that have resulted in increased sales volumes and profits. And a critical part of that success has been transitioning production to Thailand, where 80 per cent of the 56,253 Triumphs sold last year were made. The British manufacturer, which is still privately owned by the Bloor family, now has three factories in Thailand. Key components such as crankshafts and camshafts are still produced in the company’s two factories in the UK at Hinckley, then shipped out East. Equally, there are many components manufactured in Thailand that are sent to Hinckley for installation in the bikes built there.

John Bloor built the first Thai plant in 2002, which inevitably led to concern among his 450 British workers that jobs would go abroad, but now there are 600 people employed in the UK due to growth on the R&D side. Steve Sargent, who was managing director of Triumph Thailand for 10 years from 2002, said it was important that the company didn’t simply ship jobs overseas.

“One of the strong messages that John Bloor gave out when we first announced that we were going to be bringing some manufacturing out of the UK to Thailand was about jobs,” says Sargent, who’s now responsible for product strategy and specification.

“In 2002 when we opened up in Thailand, John went to the UK workforce and said, ‘I guarantee you, we will make no redundancies as a result of this’. And indeed we’ve never done that. Every Triumph motorcycle begins its life in Hinckley, where all of our design work, prototype construction and engineering takes place.”

An invitation to become the first journalist to visit Triumph’s Thai operation resulted in an in-depth two-day guided tour of its three separate but neighbouring plants, collectively comprising 94,000m² of covered space. They are located in Chonburi, 80km south-east of downtown Bangkok.

Bloor’s foresight in choosing Thailand as his offshore manufacturing base gave Triumph a head start over others who have since followed suit. Many key suppliers are within a 10-minute drive, including FCC clutches, Kayaba and Öhlins suspension, NOK bearings and BASF catalysts. Honda’s Thai factory, making its CB300 singles and CB500 twins for global sale, is nearby, while the Ducati plant opened in 2011 is an hour further south, near Pattaya. It has now been a decade since John Bloor decided to establish a wholly owned Triumph manufacturing operation in Thailand. Originally he envisaged this as a cost-effective supplier of components over which he would retain control in terms of quality, price and above all delivery, as opposed to sourcing from third-party Indian or Chinese companies. This has been a key factor in Triumph’s ability to compete on price as well as quality with its rivals, especially those in Germany and Japan, while delivering relatively small-volume, high-quality, but distinctive products.

Triumph produces up to 300 bikes daily, six days a week in Thailand, under a free trade agreement, so there are no import duties levied in bringing in machinery, components and materials from overseas. Whether aluminium extrusions from Korea, high-spec steels from Japan, casting dies or machine tools from Germany or crankshafts from the UK, all are imported tax-free. And by meeting 40 per cent local content, Triumphs can be sold in the booming Thai market (Asia’s largest for middleweight and large-capacity bikes) without the crippling 60 per cent import duty for foreign-made products. It can also supply the world’s four largest powered two-wheeler markets: India, China, Indonesia and Vietnam. 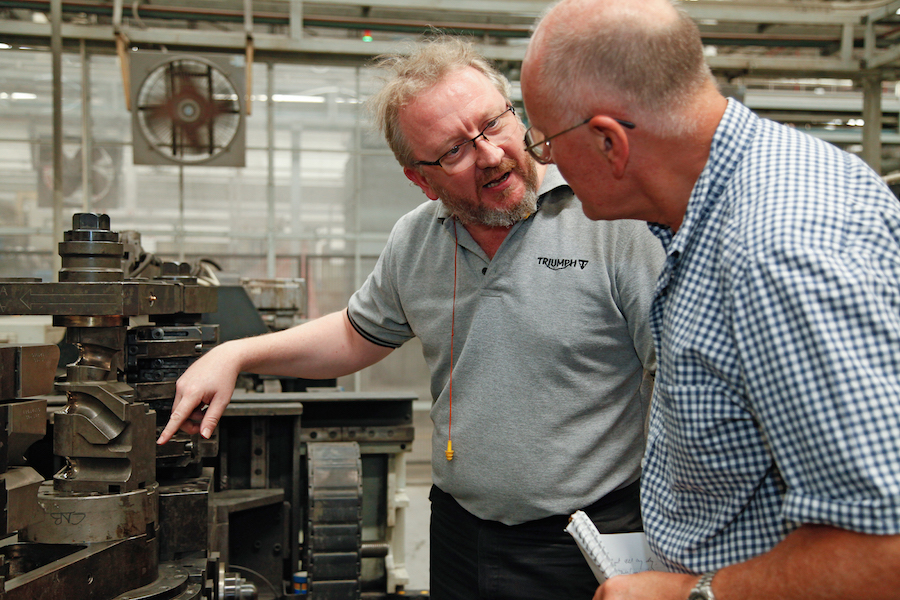 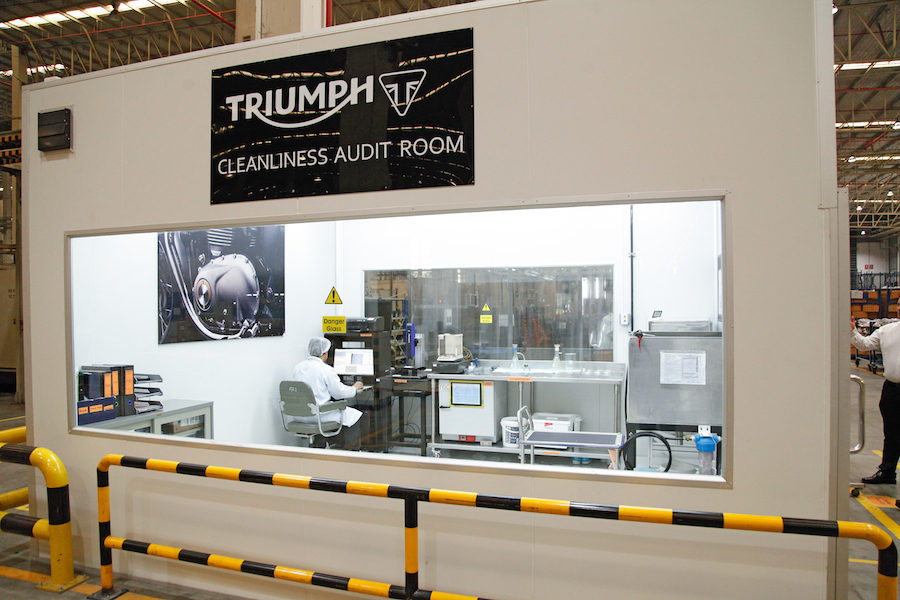 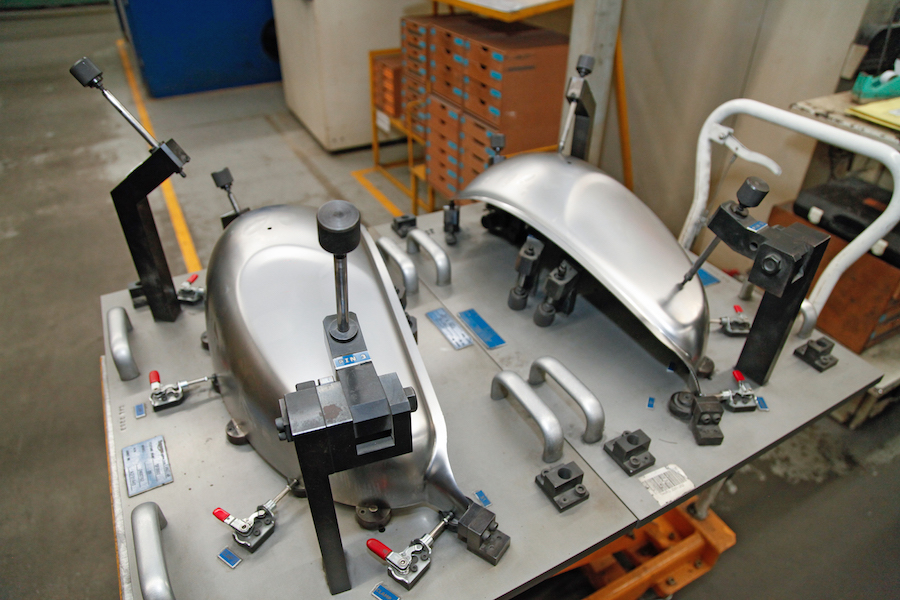 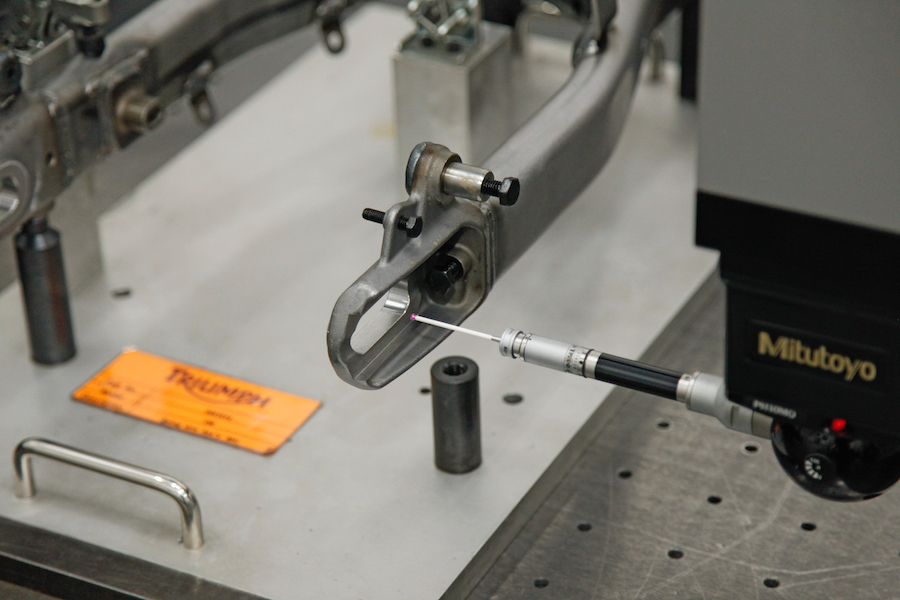 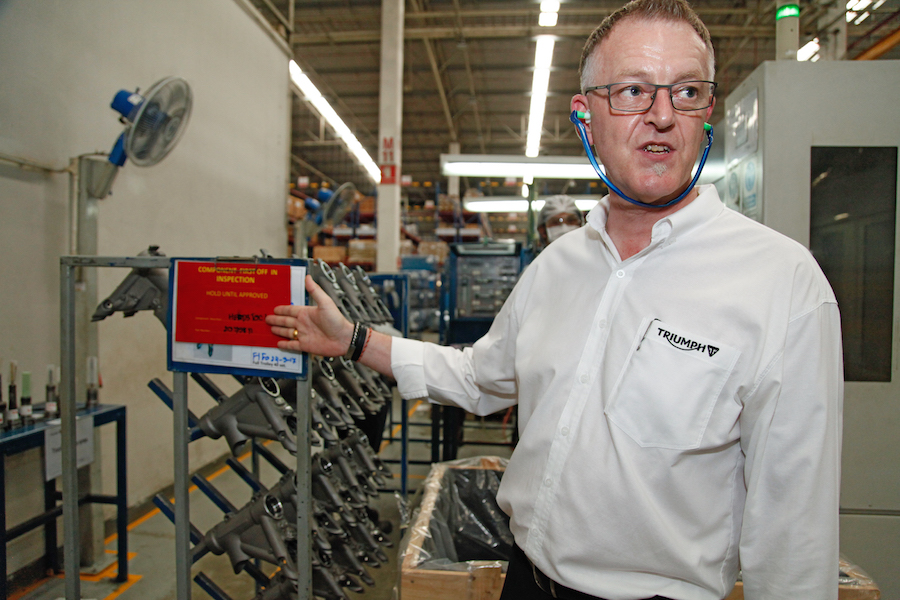