THESE PICTURES SHOW the test mule of Triumph’s ninth Bonneville-based model, the Speed Twin. And while it’s still some way from being production ready, the key elements can be seen.

It’s based on the current range-topper, the Thruxton R, meaning there’s a mix of Showa BPF forks and remote- reservoir Öhlins shocks as well as the highest-powered 1200cc version of the new water-cooled Bonnie engine. What’s new here is that the Thruxton’s low, clip-on ’bars are ditched in favour of wide, flat ’bars. Doesn’t that just makeit back into a Bonneville? Not quite. These ’bars are wider and straighter, like motocross ones. And you’ll notice that the prototype also uses a pair of round headlights, borrowed from the old-model Speed Triple. There’s also an alloy wheel on the front, strangely mismatched with the wire wheel on the back.

Twin round lights and motocross-style ’bars, plus high-quality suspension and wide tyres adds up to one thing: a streetfighter.

This prototype is actually more than a year old, having been on the road since September 2015, and the firm probably has more up-to-date test bikes by now – lights and bars are clearly the parts being played with on this prototype.

Its launch could also be sooner than the test mule’s rough appearance suggests, although it’s unlikely to be officially unveiled until the end of 2017.

What other models could Triumph yet add to the Bonnie range? Thereare several possibilities. Another scrambler, with the 1200cc engine in the Street Scrambler’s chassis, is very likely, as are more cruiser-styled bikes to replace the old America and Speedmaster models. 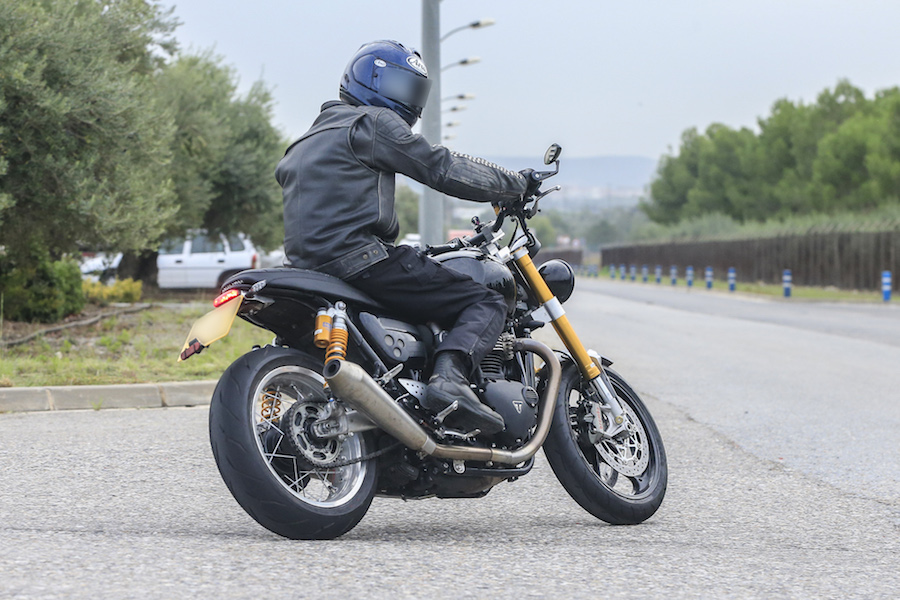 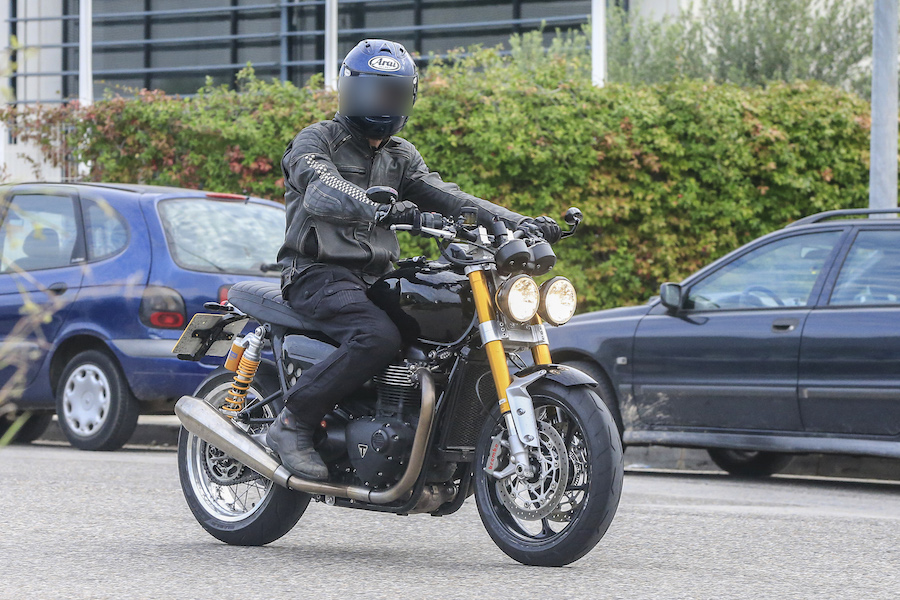