Ridden by first-time salt racer Charlie Hallam, the Interceptor 650 Twin nicknamed SABRE broke the four-year-old class record on each of its runs, leaving the new mark at 132.050 MPH (212.514 km/h) 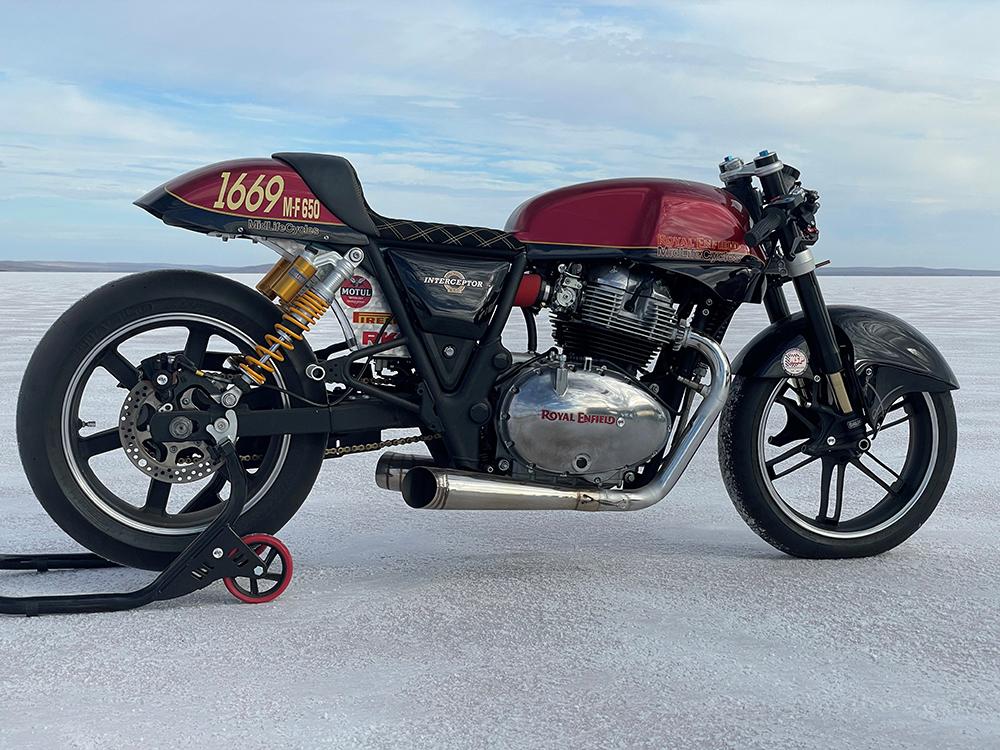 For Mid Life Cycles, the trouble-free record passes by the Royal Enfield Interceptor 650 reinforced the confidence the team has in the Royal Enfield 650 Twin engine package and traditional twin-loop steel frame that was carried over from the road bike to the racer, with minimal modifications allowed under the class rules. 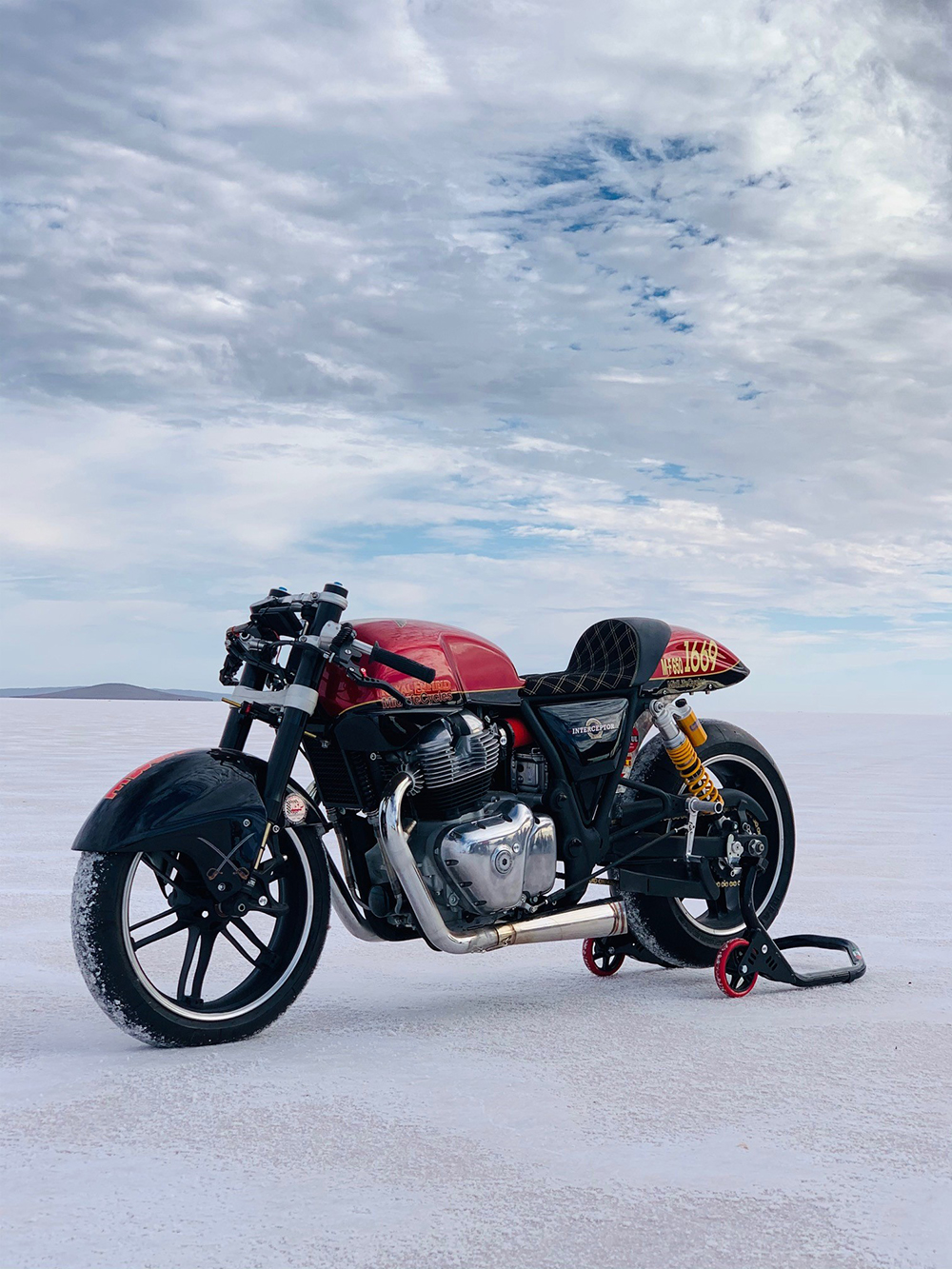 For the DLRA, Speed Week 2021 was a triumph, run with precision and good humour by a dedicated band who kept their enthusiasm alive through all of 2020 and the state border snap lockdowns of recent months.

Even after a successful opening two days, this year’s event threw up further challenges with a storm sweeping across Lake Gairdner on Day Three (Wednesday), causing the eventual closure of Speed Week ahead of schedule as the lake surface proved unsafe for high-speed passes after subsequent heavy overnight rain. 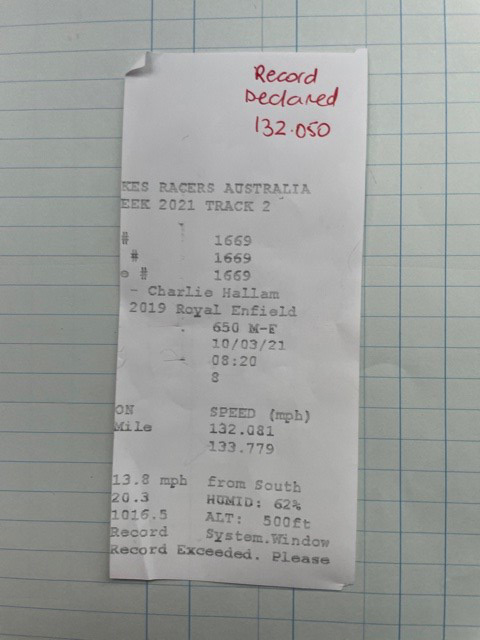 The engine has been developed as a test bed for performance parts and ancillaries that are available to Mid Life Cycles customers who want the ultimate road-going Royal Enfield 650cc Twin. 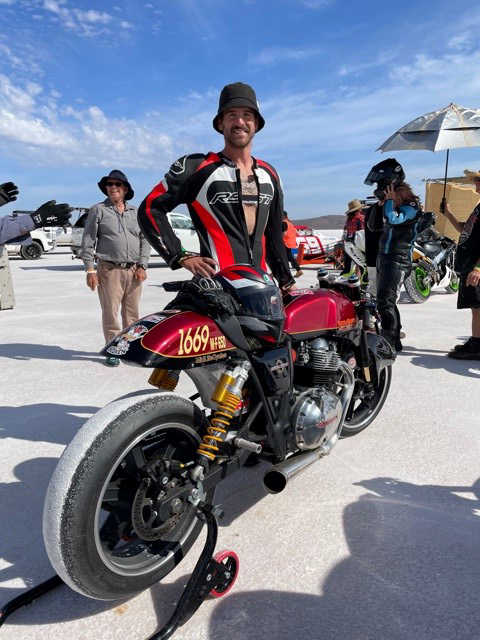 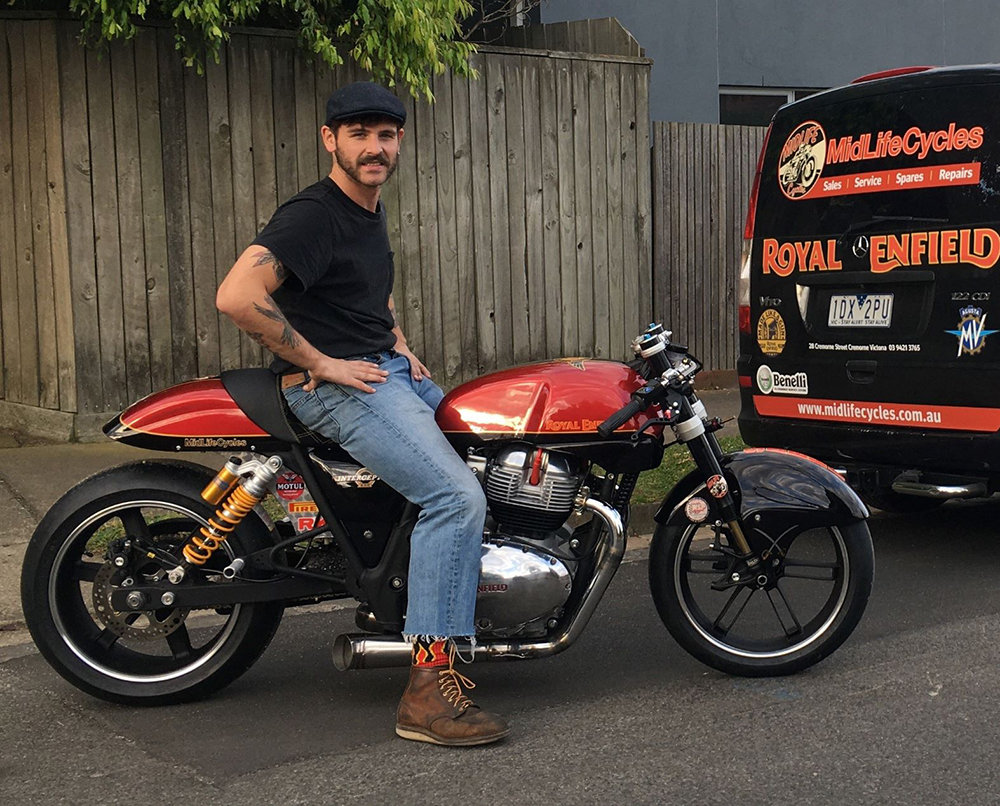 CHASSIS MODIFICATIONS:
Ohlins Suspension
Modified and lightened alloy wheels
Pirelli Diablo Slicks front and rear
Custom swingarm lengthened by class-maximum 130mm
Custom-made front and rear sprockets, increasing gear ratio up to 40% from standard
Sabre was built during Royal Enfield’s “Busted Knuckles Build-Off” in 2019. A crowd favourite, Sabre was ready to take to the Salt Flats, but the dream was cut short to due to Covid-19. Royal Enfield is extremely proud of this result as it is a testament to the 650 Twin platform, and showcases the flexibility and capability of the Interceptor 650. 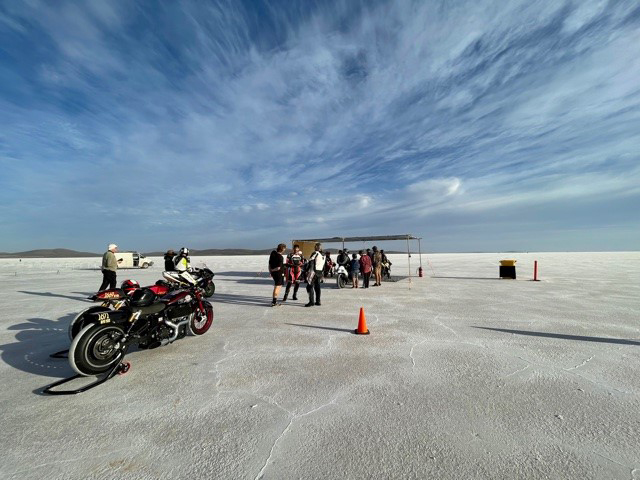