The much anticipated BMW R 18 touches down in Australia. How does it stack up on Aussie roads?

In November 2019, BMW released details of its biggest motorcycle engine yet.

An 1802cc air-cooled, overhead-valved thing of beauty. At the time BMW left out details of the bike that would be blessed with this thunderous heart. Then, five months later when the world was all of a sudden a very different place, details of the R 18 dropped; a throwback to the iconic 1936 BMW R 5. Ridden at the not-quite world launch by Sir Al, (AMCN Vol 70 No 09), the R 18 First Edition is now rolling on Australian soil. 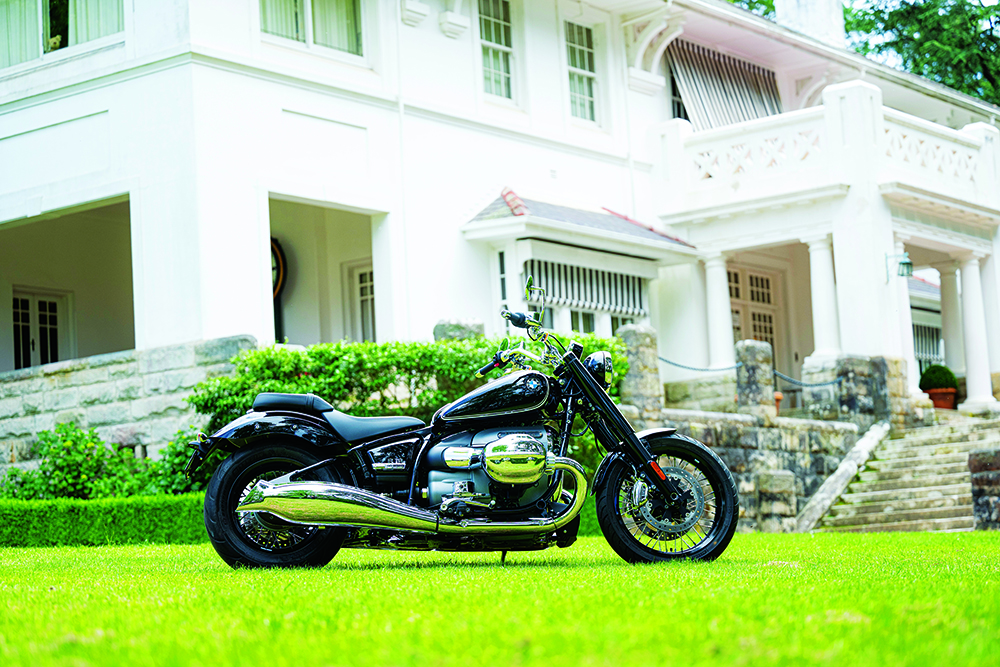 The instant-classic First Edition rolls out to Australian roads on black and chrome spoked wheels, black steel-tube frame, rigid-style rear suspension, white pin-striping, chrome accents, fish tail pipes and dual seats. BMW has turned the style dial up to maximum and made sure every detail has been attended to.

The unmistakeably BMW Boxer engine dominates the motorcycle. A work of art in its own right, it is the heart and soul of the R 18. Measuring in at 1802cc, the classic-styled air- and oil-cooled OHV engine sports a 107mm bore and 100mm stroke, making it very lumpy and keeping the sound very familiar to the rest of the Boxer family. A six-speed gearbox is mounted to the back end of the engine with an exposed drive shaft – a doff of the cap to the R 5 – and keeps the engine simple and modular for a clean and tidy blank canvas to build many different configurations of R 18. 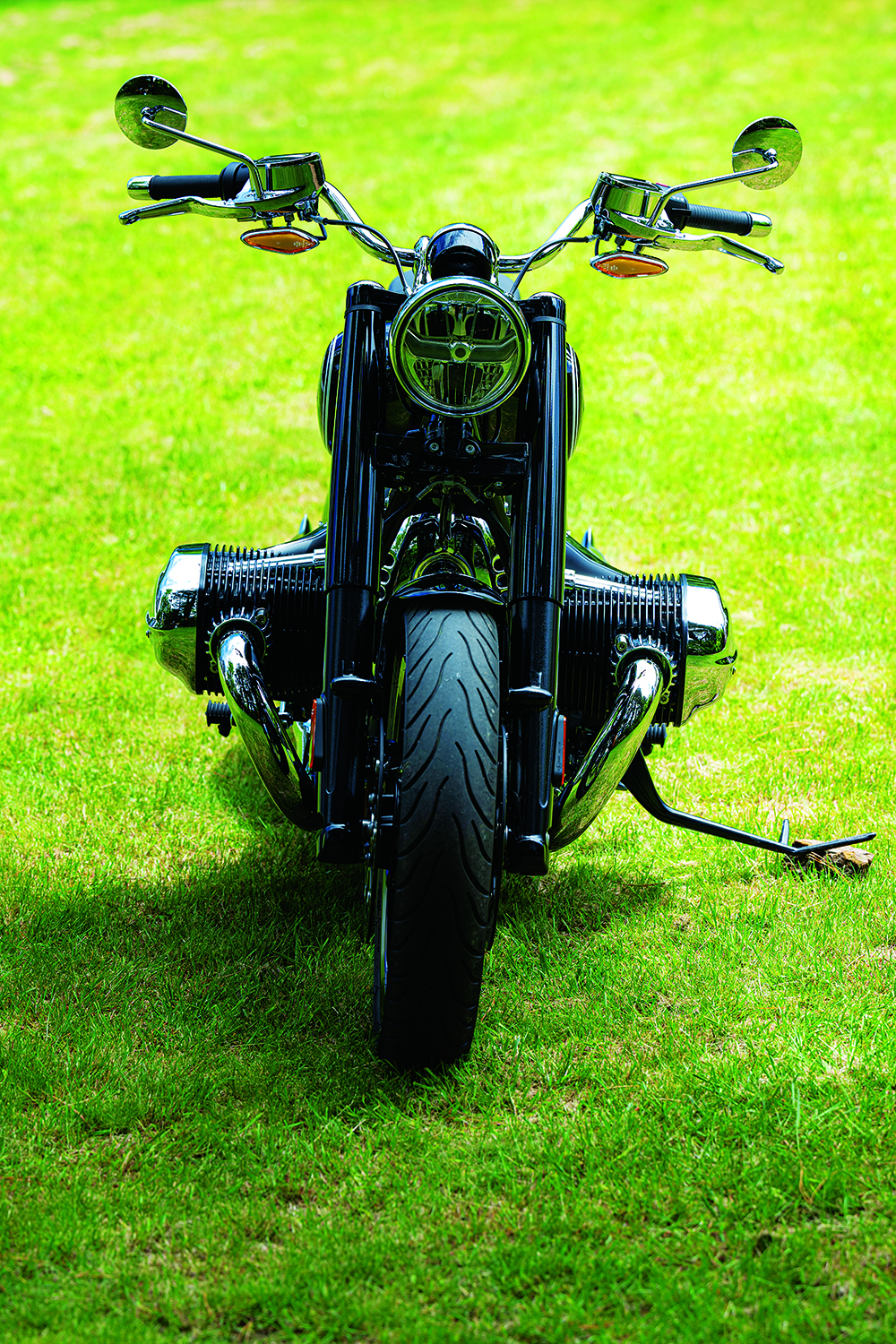 Without the need for add-ons like a bulky airbox or radiators, the engine is proudly on show like any centrepiece should be. Make no mistake this engine is huge, at almost one metre wide, the engine is as wide as the handlebars! In a possibly strategic move, you need to hold the clutch in to start the R 18. Luckily, because when the big boxer fires into life, the lateral torque almost rips the handlebars from your hands. Giving the R 18 a rev at the lights can almost throw you off balance as it rocks side to side. Thankfully, it all smoothes out once you get rolling.

The engine and gearbox unit alone tips the scales at 110.8kg (dry). The block sits low in the frame and the offset cylinders extend out wide past your feet, leaving little room for anyone with large feet or chunky boots to operate the rear brake. 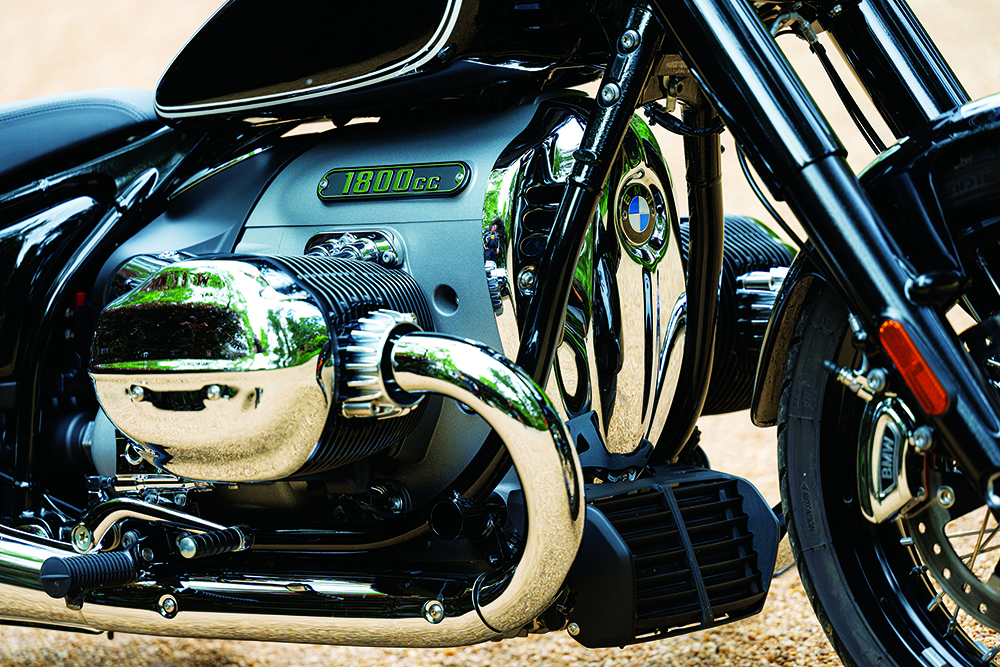 Power is delivered low in the rev range for a purposeful thrust in any gear. And while its 67kW at 4750rpm is hardly groundbreaking, the 158Nm of torque at 3000rpm is more than any petrol-powered Harley-Davidson can currently muster. There is 150Nm of torque available at just 2000rpm which makes thundering around low in the revs a breeze. Fuel consumption is pretty decent, I managed 280km before hitting reserve while out on the fun back roads, so 300km-plus before reserve would be easily achievable on the highways.

The big boxer is pretty quiet with the massive twin fishtail pipes, it makes a reasonable rumble that’s textbook BMW boxer – take a peep at the optional pipes if a bit more noise is your thing. I was initially concerned about the heat produced from the massive cylinders protruding out the sides right above my feet. But while commuting in Sydney traffic there isn’t any discomfort. If anything, the air-cooled unit is better than a water-cooled engine as there’s no radiator fan kicking in and blowing warm air at you. 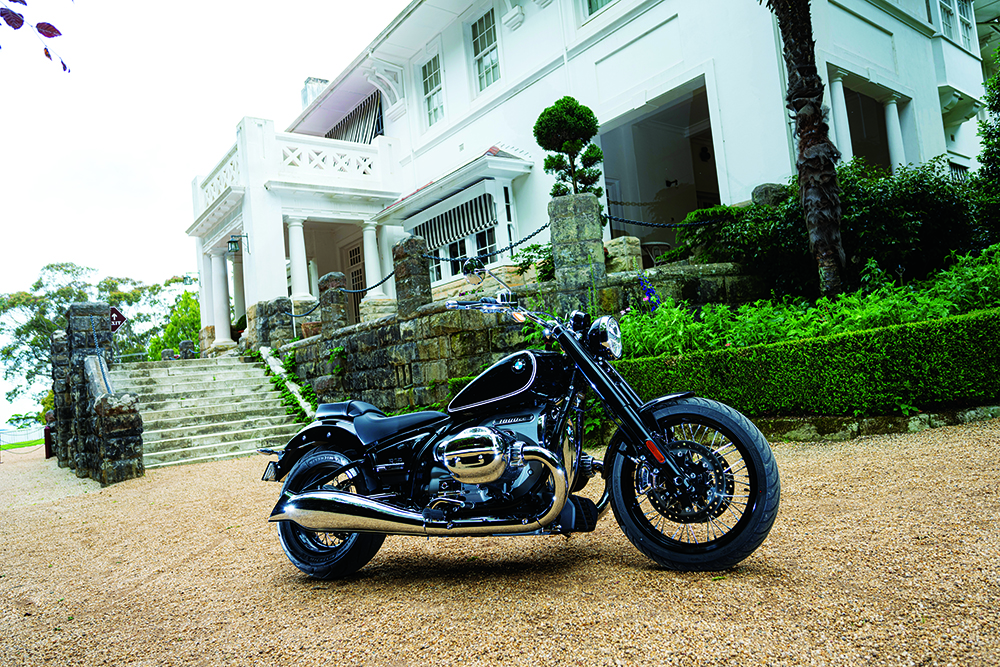 The gearbox is super slick for such a chunky engine – no clunks or hard shifts whatsoever. It’s so smooth engaging gear, I was double checking I was actually in gear before moving off. The typical BMW boxer dry clutch is hydraulically actuated and light enough at the hand. It does however get a bit warm and lose a bit of bite if you are doing a lot of low-speed manoeuvring, something I’ve never experienced with a wet clutch. The anti-hopping feature works flawlessly if you’re too aggressive on a down shift, although the lateral torque of the engine will give you a friendly twist to the side as a reminder to keep things smooth. 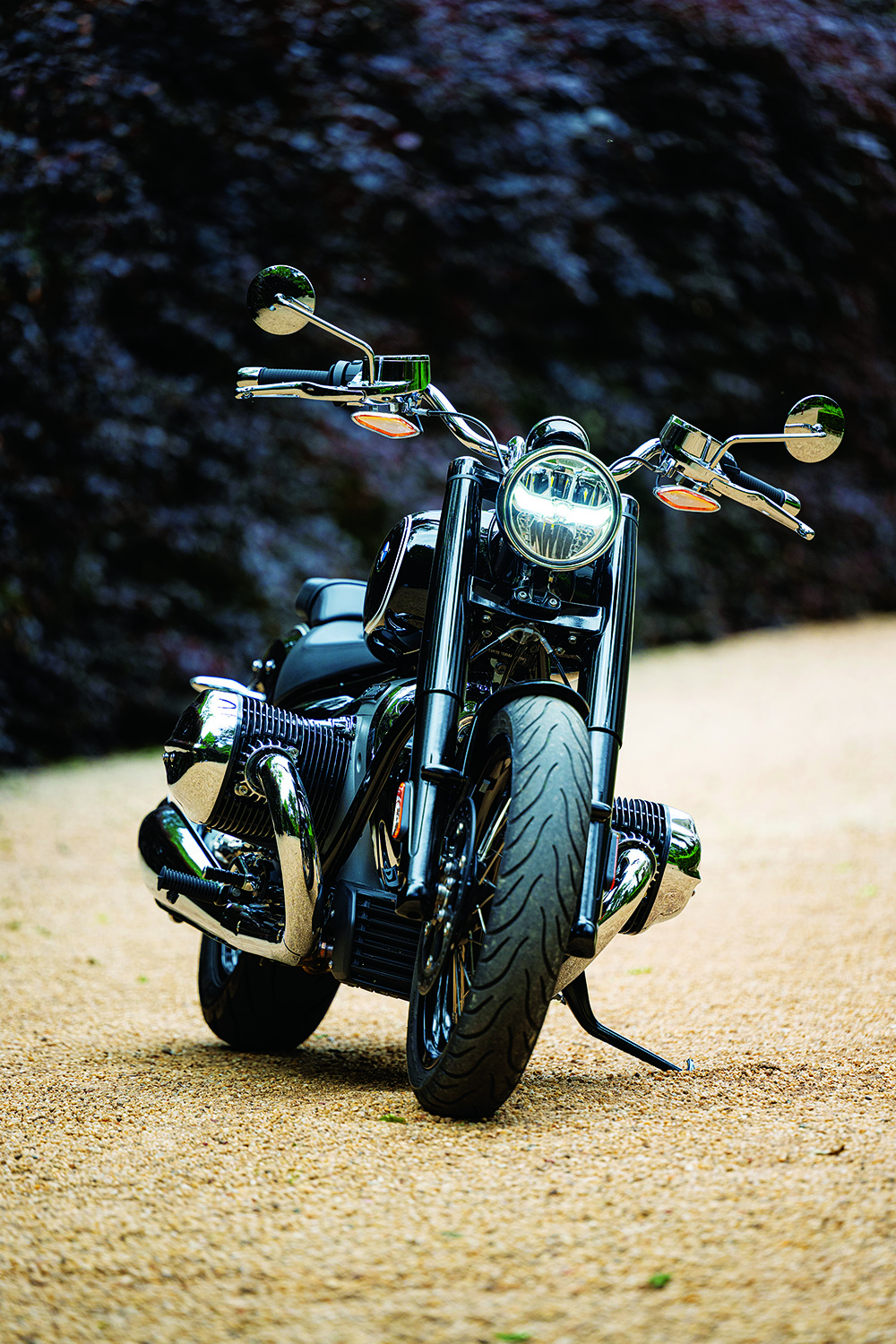 The classic twin-loop, steel-tube frame looks ultra simple but is not as basic as meets the eye. Styled directly off the R 5 to look like a rigid rear end, the rear section looks like a part of a rigid frame but is actually a swingarm which wraps right down and around the rear hub leaving the drive shaft exposed. The rear shock is hidden away under the seat, and has a preload adjuster accessible from behind the right-hand side cover. With a 13mm spanner (though curiously missing from the toolkit), you can make adjustments easily but not on the fly. With only 90mm of rear suspension travel, you need the preload set just right or you are in for a brutal ride on our average Australian back roads. Our test bike didn’t have pillion footrests fitted, but if you were to ride two-up, you would want to make a quick adjustment of the preload. 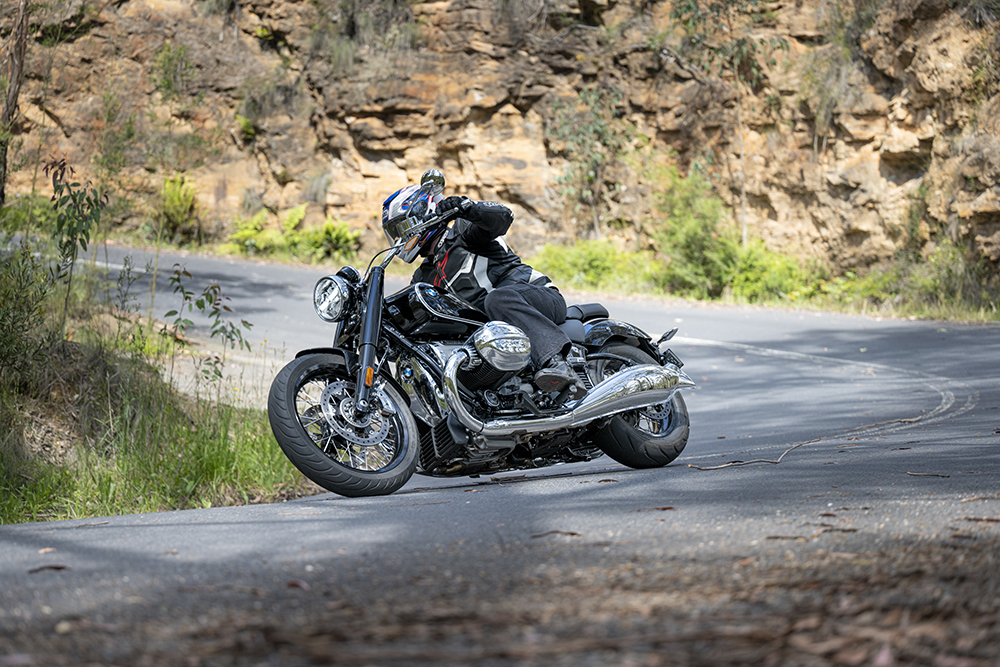 Up front is a non-adjustable conventional fork with black covers to keep with the classic R 5 look. The R 18 is a long sled at 1731mm, but it is very well balanced. I was doing feet up u-turns in no time with that big boxer engine hanging low in the frame. The handling is far better than I expected, you never have to wrestle it into a corner. The R 18 is perhaps too easy to turn as it tips into corners willingly only to have the foot rests ground out almost immediately. To have a bit of a dip in the twisties you really need to get your weight to the inside to keep the pegs off the ground. Luckily the beautiful exhausts and engine cases are kept out of harm’s way by the somewhat sacrificial footrests. 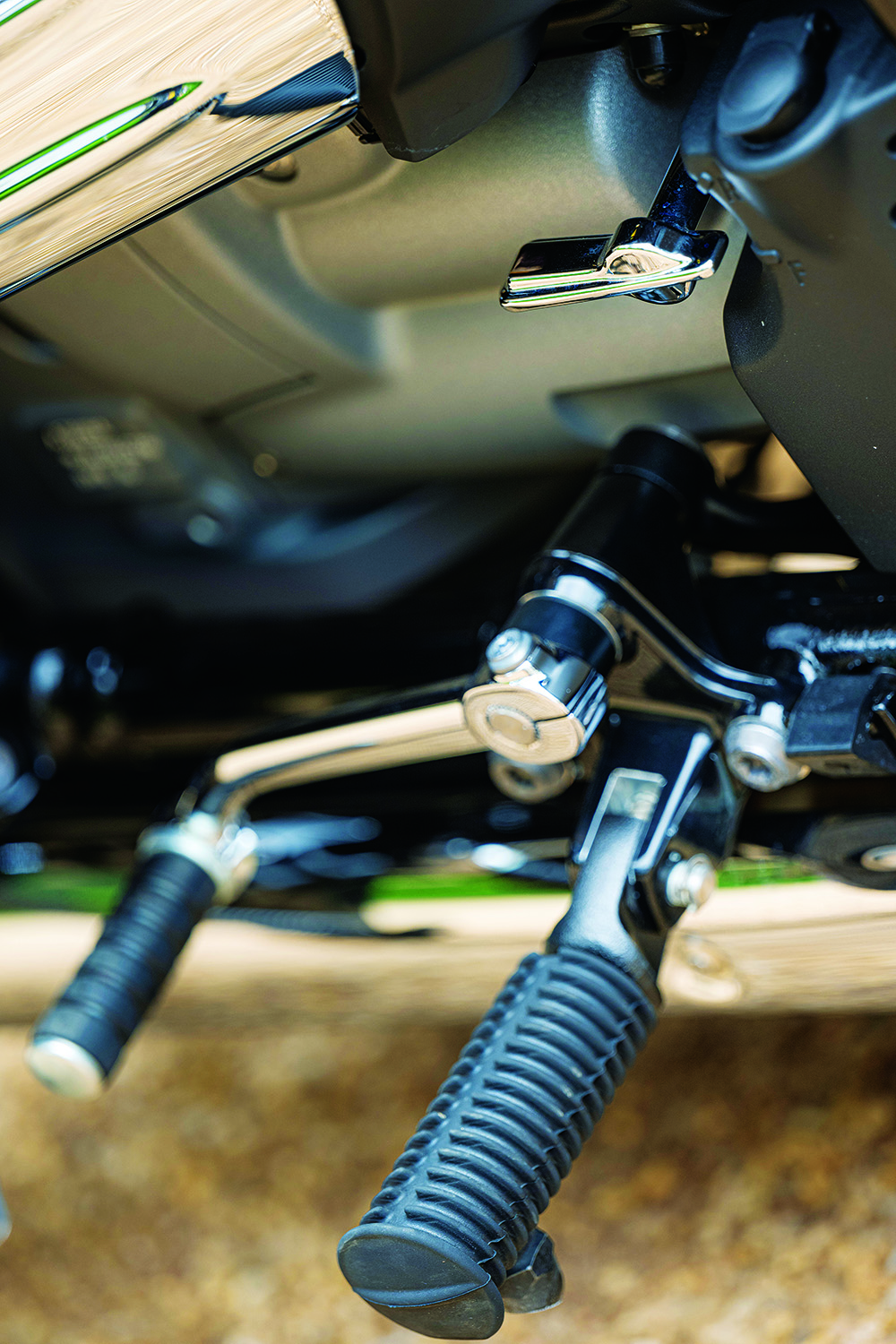 The Brembo developed brakes have a tough ask; they’ve 345kg of bike to bring to a halt plus they need to look good. They perform very well, the rear brake feels quite strong with the assistance of the BMW linked braking system activating the front for extra power. The twin solid-mounted calipers up front are exceptional and offer plenty of bite when needed. Braided brake lines are standard fitment. The whole braking system is a work of art. The chrome master cylinders and chrome levers are just gorgeous. The attention to detail on the R 18 is exemplary. 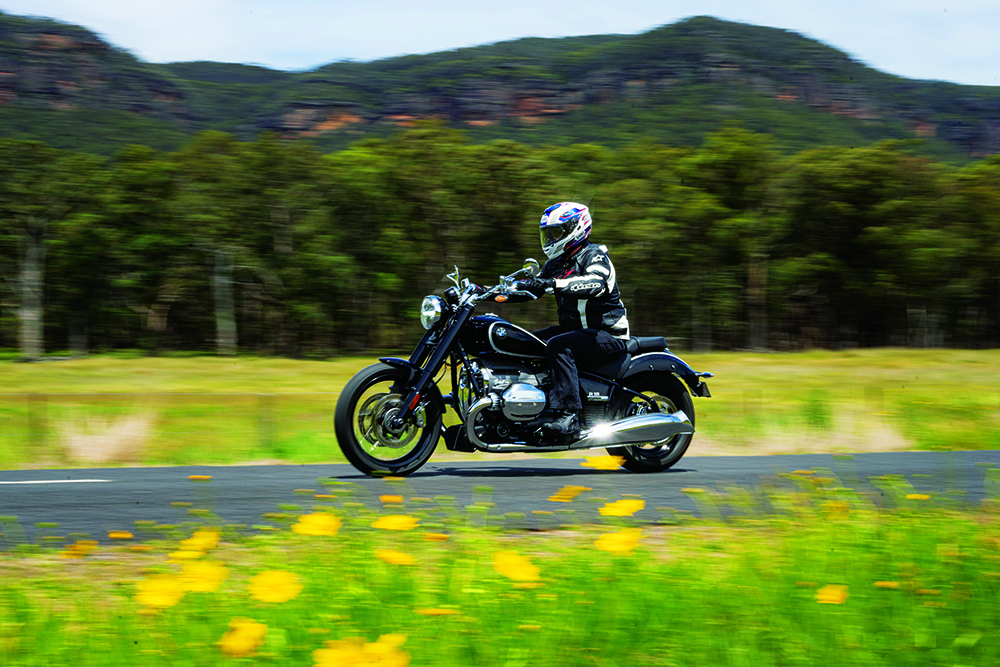 The 1936 R 5 didn’t have tech. But it did have a basic speedo and some warning lights. Thankfully BMW has learnt a thing or two about tech over the years. While still running just a single analogue gauge showing your speed, the small monochrome digital display crams a lot of information in to it. There are trip meters, digital tacho, fuel consumption, average speed, time, date, gear position, service indicator, ride mode and heated grip status. The only glaring omission I find is the lack of a fuel gauge. When you hit reserve, a warning comes up on the dash and it starts to count how far you have travelled since hitting reserve so you can try and beat your best score. 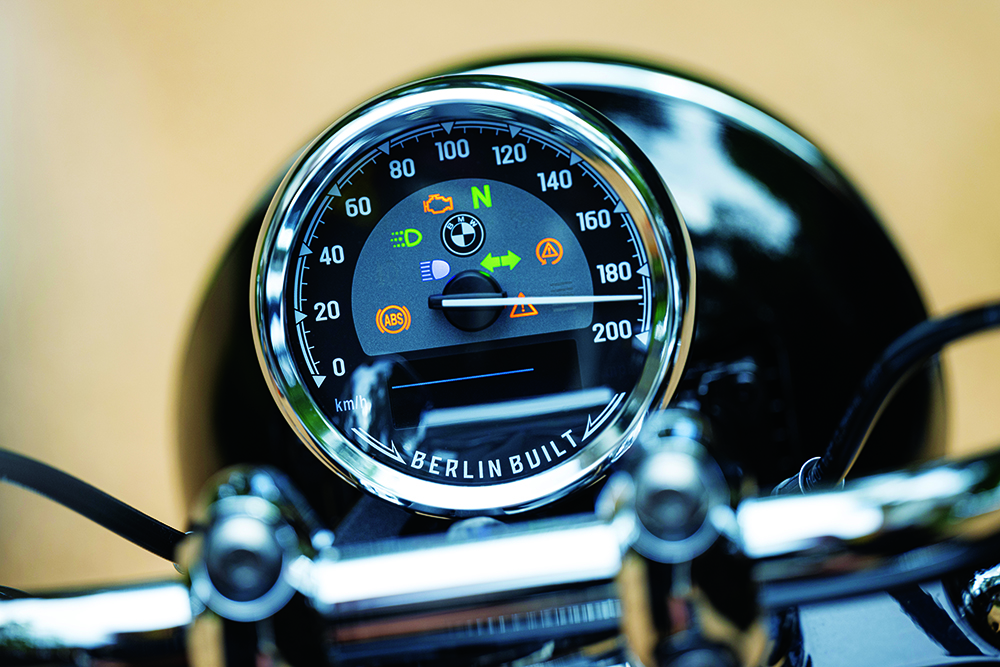 The left-hand switch block lets you cycle traction control on the fly, cycle the menu and change ride modes between Rock, Roll and Rain. Rock is the lively mode, giving full power and crisp throttle response. Roll mode is more of an urban setting, you still get full power but the throttle response is dulled right down. Finally the Rain mode cuts the throttle response back further and limits power output. It really puts the R 18 in to a snooze.

The right-hand switch block controls the heated grips, and the keyless engine start/stop. The cool little details keep flowing through with a key fob shaped like the R 18’s fuel tank. Reverse gear is also controlled through the start-stop switch after engaging the lever down by your left foot. While the engine is running and in neutral, lock the lever in and hit the starter switch and an electric motor will propel you gently backwards. This is one of the bonus features of the First Edition model; not sure if it would be a necessity but I’d swap it any day of the week for cruise control. The R 18 gets LED lighting all round, lean-angle sensitive active headlight with automatic switching daytime running light. 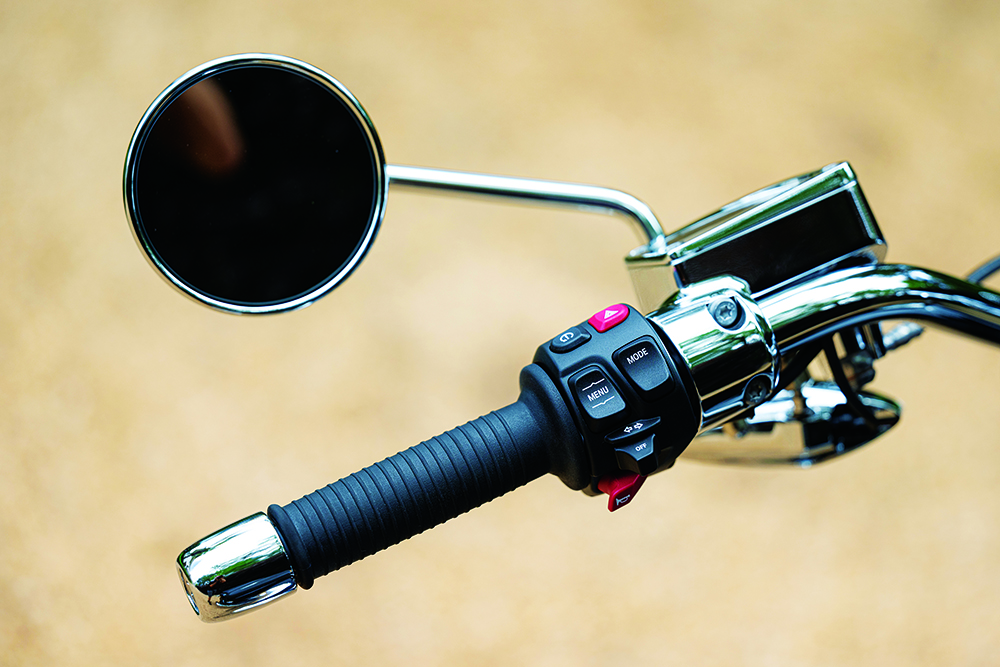 At 175cm, I’m hardly looking for more legroom on a bike, but the seating position is very neutral and very natural.

The ’bars are wide just below shoulder height making it a natural reach, hitting full lock was a bit of a stretch for me. The seat feels comfortable at first, but as the day wears on it wears on you. Partly due to the firm rear suspension and the shape of the seat doesn’t allow much wriggle room forwards and backwards. I personally would be perusing the BMW website for one of the many optional seats. The foot peg placement has your legs at 90 degrees to keep them behind the cylinders. There are optional running boards from BMW but forward controls would be out of the question. 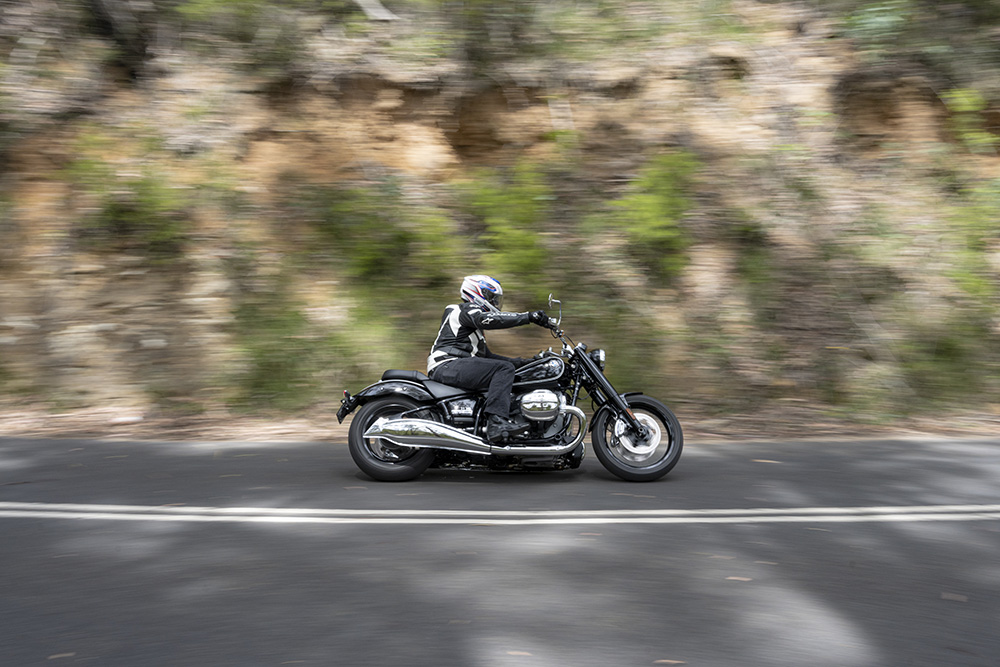 The First Edition is priced at $31,690 (plus on-road costs) putting it right in the vicinity of Indian’s Vintage and Harley-Davidson’s Road King. BMW has taken aim at the lucrative American market and I think the R 18 will find its place. It’s a capable highway cruiser with style, character and a thumping engine.

There are loads of genuine parts to chose from to make it your own and there will be a swag more R 18 models to choose from in the near future. 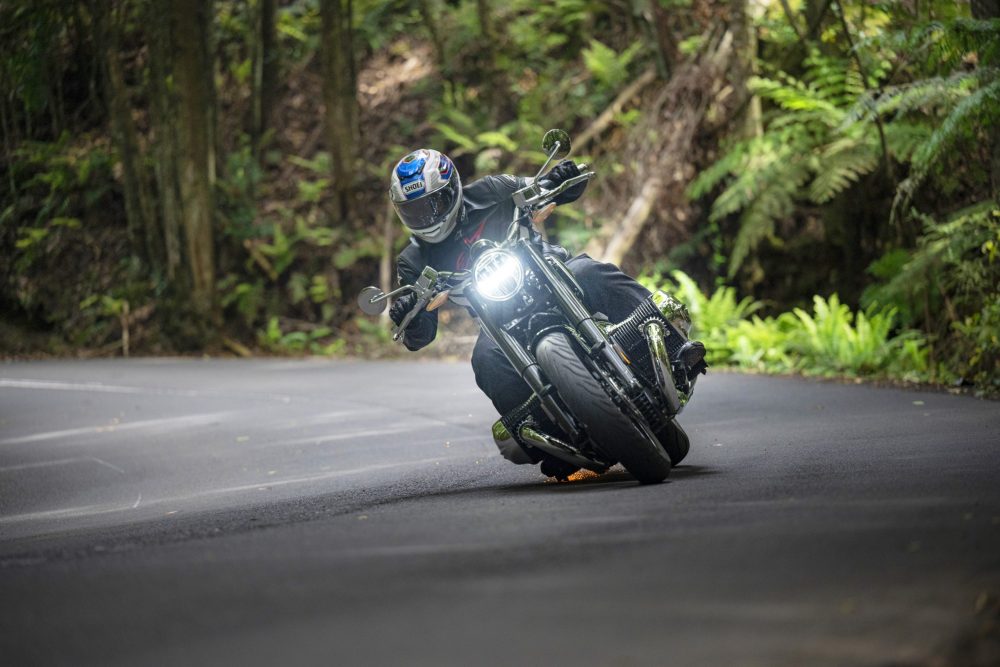