Not too big, but not too small to stand its own in any company, Ducati’s 950 Multistrada is carving a niche in the adventure segment that could be just right

I’ll be honest. I’ve recently sold my trusty 2011 Ducati Monster and it’s now audition time. Ducati’s Multistrada format has always appealed to me, The power of the Testastretta engine combined with rock solid handling in an all-roads all-day tourer clicks with me, but could another Ducati supplant my beloved and near irreplaceable Monster?

Compared to the 1200 Multistrada, the 950 gives away 25kW for a weight loss of five kilos – other than that, you can hardly tell the two bikes apart except for the more bulbous width of the fuel tank area. They both sport the same striking lines and have that same space-age feel which I like. Importantly, the 950 feels afr less intimidating than the 1200, just that little bit less bulky and easier to grab a hold of. The three-quarter sized adventure bike, if you will.

I do a weekly three-hour one-way trip to the family farm and I hate freeways as much as the next person, so when I do it needs to be on a bike capable of smashing out the kilometres and with the legs to do it quickly and efficiently. That is pretty much the Multistrada’s forte, long hauls turn into fun trips and after a few comfy hours I was back in my hometown ready to head to the farm the following morning. The area is the gateway to some awesome country in the Upper Hunter region where the 950 gets to convince me of its all-roads credentials. The hallmark Multistrada road holding is evident, the chassis and running gear soaks up any bump thrown at it. I know where almost every pothole exists on this stretch of road and it impresses me when the big 48mm USD forks don’t even flinch when they cop a hiding mid-corner. You can certainly feel the quality. The chassis is rigid enough to not complain either, leaving me with a sense of confidence that was soon to be tested on the dirt.

By this stage I couldn’t help but notice the edge grip from the Pirelli Scorpion Rally STR tyres that the test bike was fitted with – they really are a very good choice that let me know tyre technology had taken yet another leap. If you’re going to be doing any off-road work, these are worth considering over the Scorpion Trail II. Here is a half knobby tyre being pushed hard on bitumen, and it just kept performing, working up to maximum grip in no time. Very impressive rubber.

The 50-odd kilometres of dirt on the first day wasn’t tough, but well suited to the Multistrada 950’s Enduro design brief. Nothing gnarly, but plenty of pea gravel, and the Multi – with its Pirelli-shod 19-inch front wheel – felt totally planted and predictable. 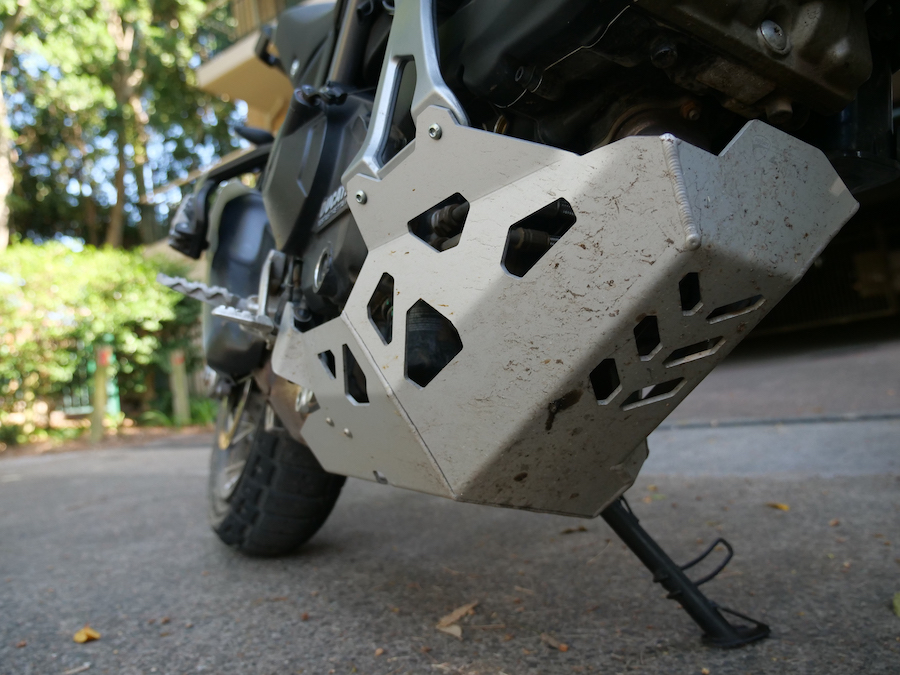 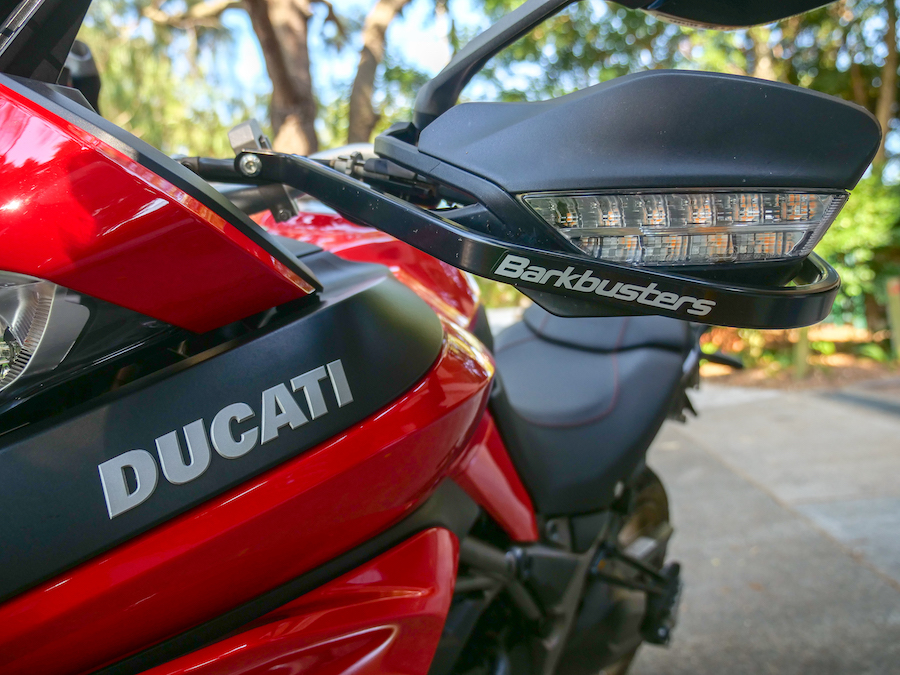 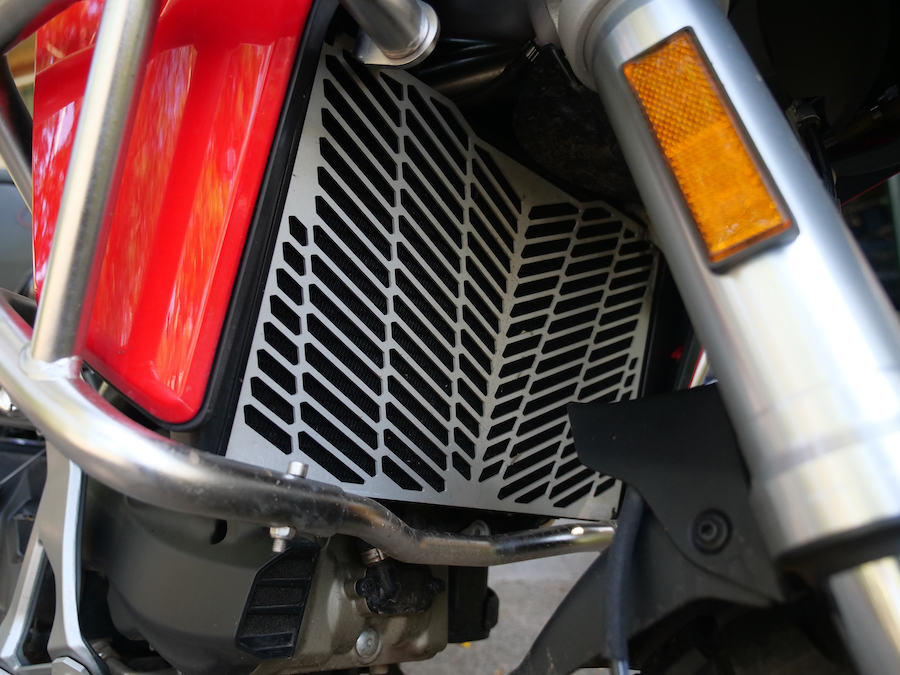 I put this down to a variety of things – the tyres, wheel size and suspension – but also the riding position and weight distribution. It feels nice and low, adding to the confident feeling, and by the time I’d made it to the old boy’s stockyards I had an idea that this would make a good intermediate adventure bike.
When I was standing up on the ’pegs, I had easy reach to the ’bar and when sitting down I felt like I could ride all day. The 950 doesn’t feel quite as intimidating as the 1200 – and maybe the Testastretta engine is the final piece in the puzzle. It’s predictable and tractable power curve is so well matched to the chassis, and still packs a punch. Sure, it’s not as off the hook as the 1200, but it still delivers. On the dirt I think it is even more useful, again because the intimidation factor isn’t as great. The factory exhaust still has a ballsy, deep induction roar with nice bark so you know you’re riding a twin. The manually adjustable windshield is effective as well. With some alI-roads touring ticked off the list, it was time to test its sporting credentials. So after a few clicks on Airbnb I had a mid-week overnighter organised near St Albans in New South Wales and its road-holding ability on the black stuff is a particular standout. Perhaps slower on the turn-in than your average sportsbike, but the chassis and engine combination love the twisties as much as the dirt roads and when you switch between the two, that’s when this platform makes the best sense. A machine that holds grip on all surfaces without sacrificing either comfort or performance is a special machine.

The electronics package isn’t as complex and configurable as the 1200 and that actually suits me fine – a few simple presses after I left the bitumen at Wiseman’s Ferry and I was in Enduro mode. It’s an easy four-mode setup – Sport, Touring, Urban and Enduro – nothing too complicated and the system is easy to navigate.

Enduro mode dials back traction control and when the rear breaks loose, it is smooth and consistent, no snap, regardless of my dodgy throttle control.

As my time with the 950 drew to a close, another thing dawned on me. The ergonomics of this machine mean you don’t really have to move about on the bike very much to get it handling well.

For me, this means by the time I’d spent a day in the saddle, I was less fatigued and better rested for the following day. 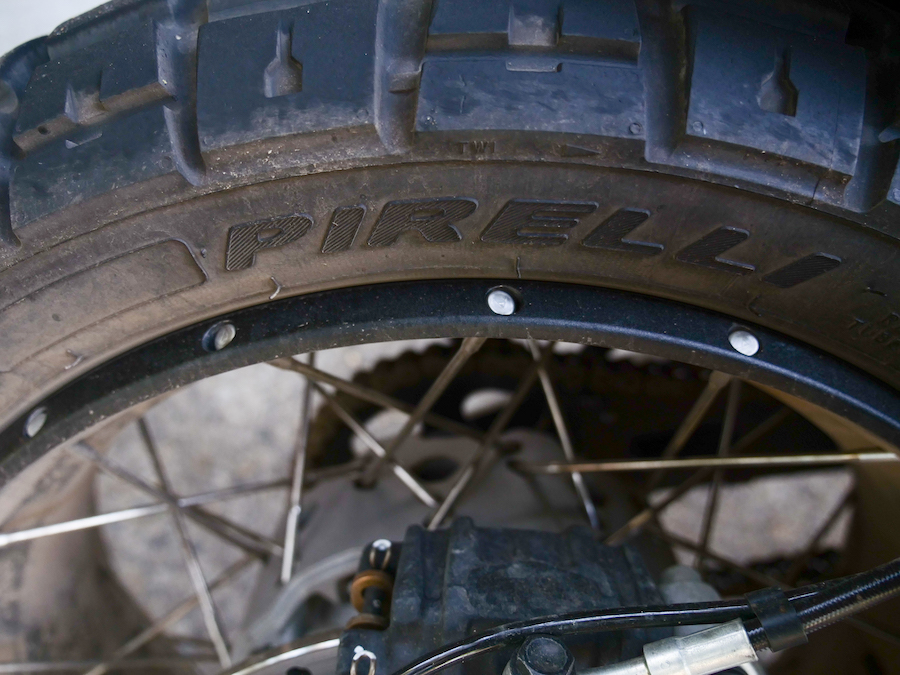 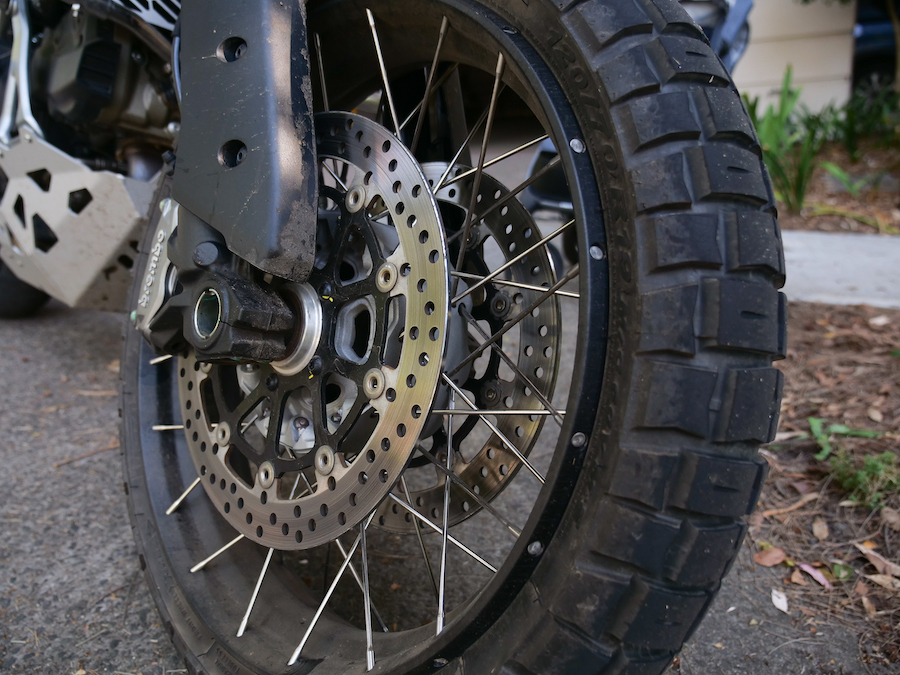 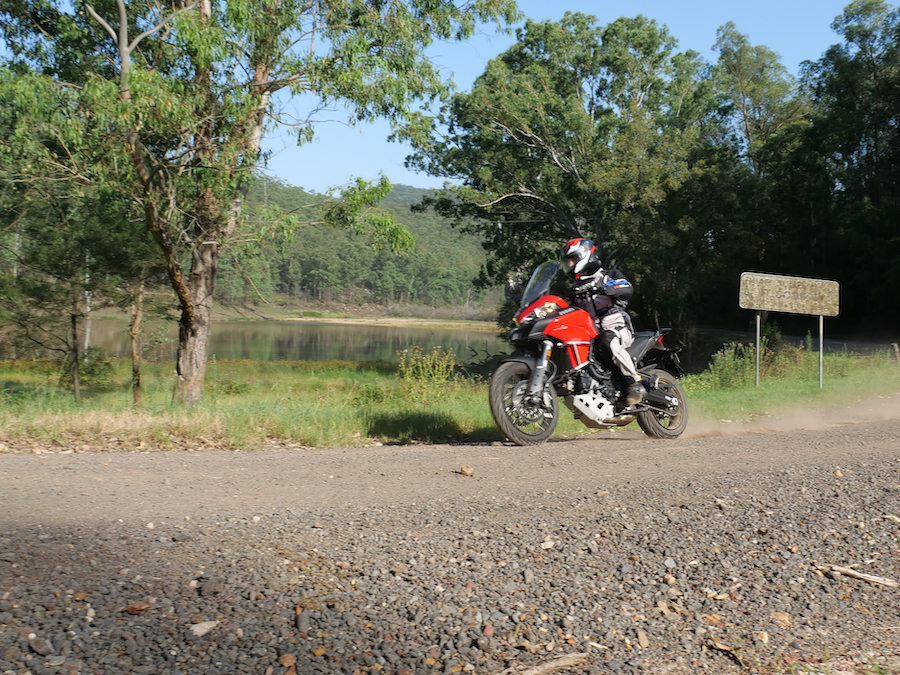 Out of the city on tight, second-grade bitumen roads there is no doubt the Multi 950 really shines. In the concrete jungle of inner city Sydney, it’s not too bad, but if I had to commute every day, I’d prefer a Monster – it is lighter and narrower and easier in the rat race.

But the Multi still holds its own among the congestion, the gear ratios seem to be spaced well for all types of riding and the thick seat is well padded for long days. I wasn’t as happy to lane split with this bike, just because it feels wide enough to slap car mirrors at times, but I did. It’ll tolerate the the big city but is most at home on the open road or on a gravel road to nowhere.

The best part? it made me want to get out on two wheels and see places I’d never been. And that’s what motorcycling should be.

If you’re looking at a 950 Multi, you better look at these too