This is how that now-iconic Susie poster came to be

When I signed up to be AMCN’s Sydney editor, little did I know I would be organising photo shoots with Penthouse Pets…

Even in the days before the internet, I didn’t get a lot of mail except for the odd press release or mis-directed Access letter. One day in May 1991, I received a hand-written letter from Susie Underwood, a Penthouse Pet who had just appeared in the April edition of the magazine.

She wrote that she was now in the race to become Penthouse Pet of the Year, and was trying to attract as much publicity as she could for Penthouse, and for herself, to win the award. She was travelling down to Sydney for a few functions later in the month, and was wondering if AMCN wanted to do a photo shoot with her while she was in town.

So, the idea was all Susie’s. I think she got the idea from a poster we had done with the Mick Hone Suzuki Superbike team that had Penthouse as a sponsor. Some readers might remember it – Steve Martin and Kirk McCarthy with their bikes and two Penthouse Pets in their black body suits. 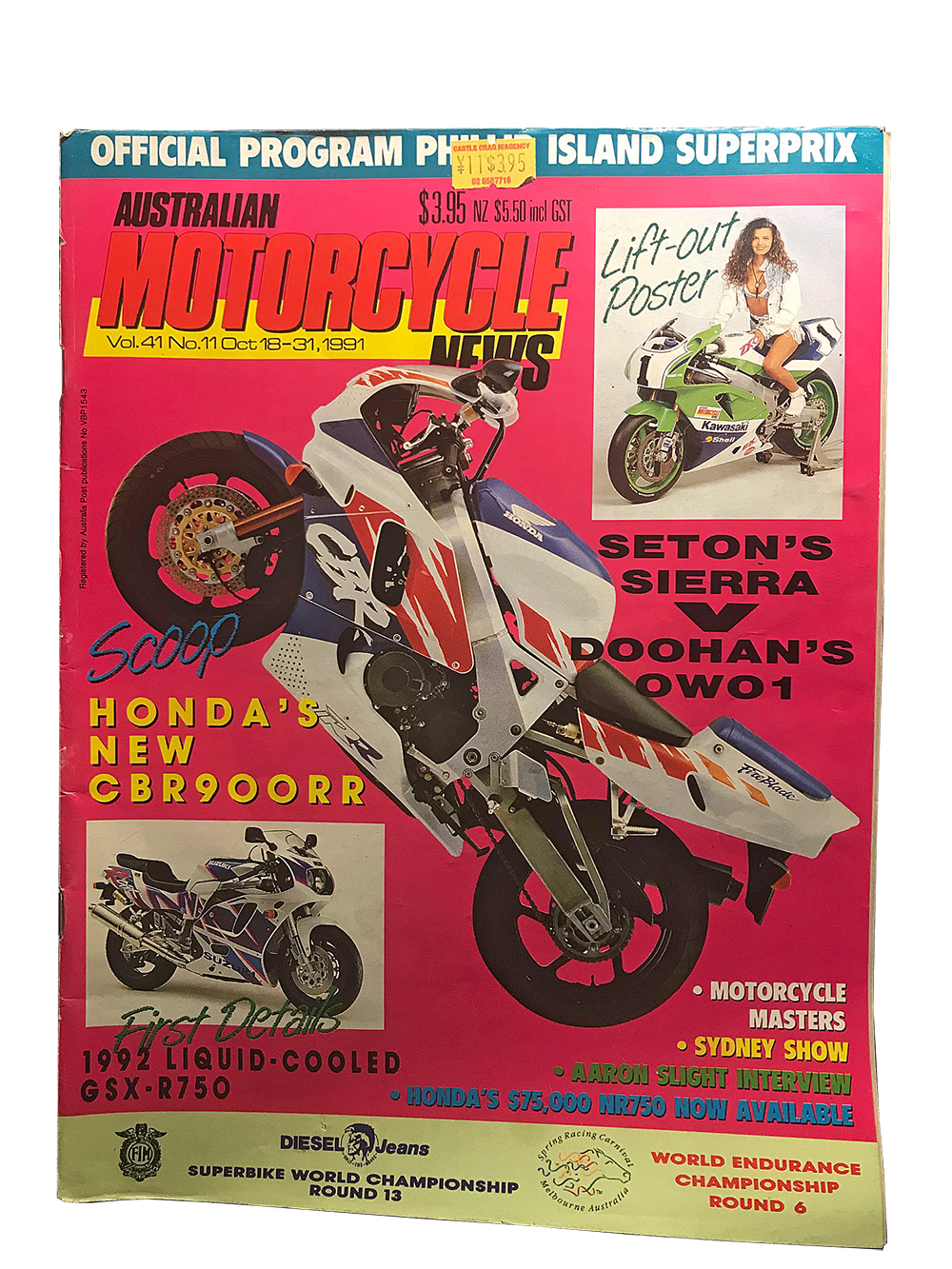 I gave former AMCN editor Ken ‘Woose’ Wootton a call and told him about Susie’s letter. What wasn’t to like? Susie was offering her services for free, all we had to do was find a bike and a studio. Woose came up with the idea of Aaron Slight’s Team Kawasaki Australia ZXR750, and said he’d give Peter Doyle a call.

I had a mate who worked at one of the few drive-in photo studios in Sydney and called him – all good. I got a price and booked the studio for a morning shoot on said date, and Woose arranged the bike with Doyley. I gave Susie a call and said everything was arranged, and she confirmed her trip was all go. She wanted me to pick her up so she gave me the address of where she would be staying with friends at Queenscliff in Sydney’s northern suburbs.

I headed down on the day and picked up Susie and her boyfriend, and headed back up to the studio at McMahons Point. On the way we chatted about life on the Gold Coast compared life in Sydney. They seemed like two young kids on a bit of an adventure in the big smoke.

We walked in and said g’day to Hilton Barr who owned the studio, and were introduced to the photographer Nicki Vinnicombe. Susie asked where the change room was, but before she headed in, she came up to me and wanted to confirm something; “Is this a clothed shoot?”

I headed outside and TKA mechanic Glenn ‘Bargs’ MacDonald had just arrived with the bike. He was wheeling it towards the studio, and as I reached him, he said, ‘I’ll go get the stand out of the truck, can you take this?’ and let go of the bike.

By the time I wheeled the ZXR into the studio and helped Bargs put it on the stand, Susie was in her outfit and the photographer and her assistant were done setting up the lights. I slapped the AMCN sticker on the side of the bike and we were ready to roll. 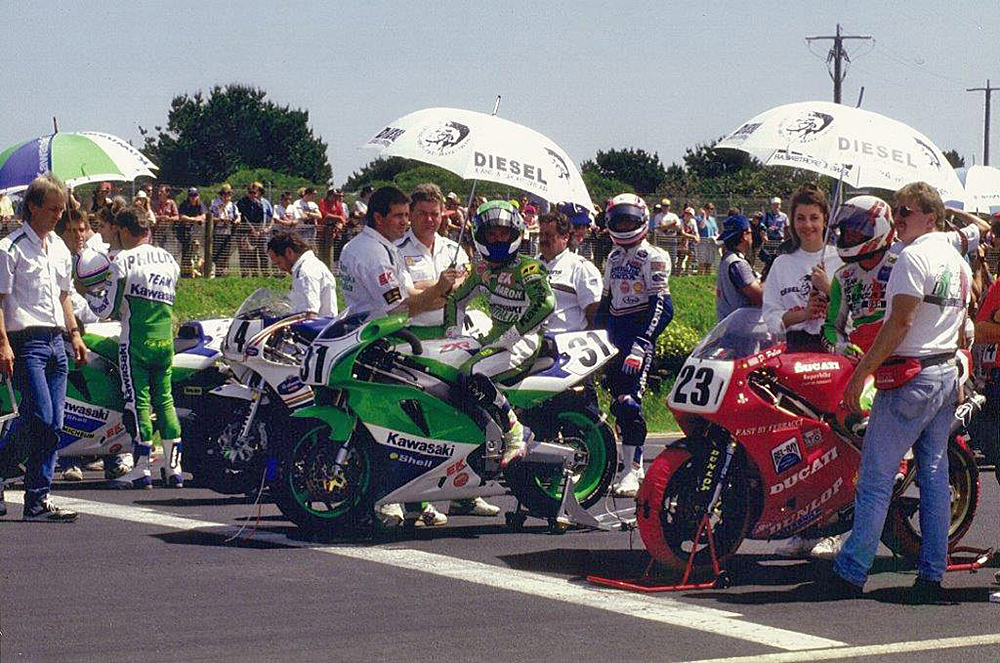 Aaron Slight’s ZXR on the WSBK grid alongside Doug Polen

I had absolutely no idea about what poses we wanted, I left that up to the photographer. She took a series of Polaroids with Susie sitting on the bike. After she had a look, I took them over to Susie. Nicki then asked her to try a few different poses.

Susie was easy-going and co-operative as Nicki went through a series of ideas. I can’t remember exactly who came up with the final iconic pose, but I think she asked Susie to stand at the front of the bike and to touch the fairing, and Susie did the rest.

A few days after the shoot I dropped into the studio to pick up the 120-format transparencies and had a look on the light box. I bundled it all up in the Syme Magazines’ overnight bag and sent it down to Woose. It was all up to him.

About a week after the shoot, Susie gave me a call from the Gold Coast to ask how the trannies came up. I said they were good, but she wanted some assurance that whichever one we picked would showcase her at her best. I said Ken was very experienced, he knew what he was doing. I guess it is history that Woose made the right choice, and he and Susie became great friends. 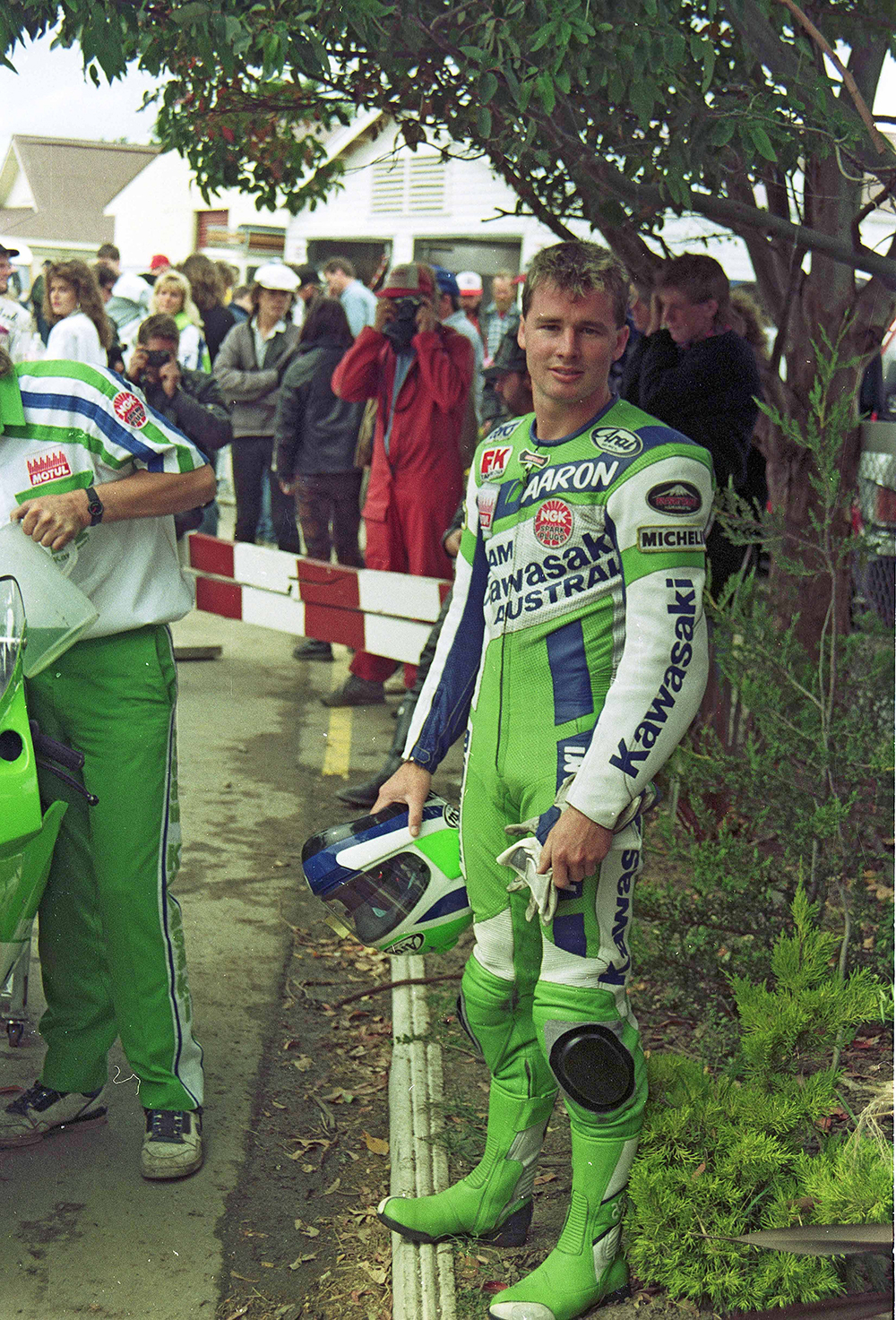 Slight in his war gear

The only thing that Susie asked was for me to write to Penthouse Australia editor Howard Jenkins to tell him how much AMCN appreciated her work to help publicise both our publications. All this was very important in her bid to become Pet of the Year, which came with a new car as part of a bunch of goodies worth around $30,000, plus another Penthouse shoot.

Susie worked bloody hard that year. It’s no surprise she won, and the success of the poster certainly helped.

As we now know the poster was a raging success in its time, and started AMCN’s run of similar posters for the remainder of the ’90s.

I know Woose loved running the mag, road testing and doing the Shell Oils ARRC rounds, but I think he had a special place for those posters. They were a little controversial, some readers were not fans, but Wooser believed any publicity was good publicity and he enjoyed parrying with the no-poster brigade in Access. Now Sam is dealing with the same issue. And it all started with that letter from Susie, which I’ve still got somewhere.

It’s quite amazing really. That poster pops up on social media every now and again, and the reaction has been just incredible. 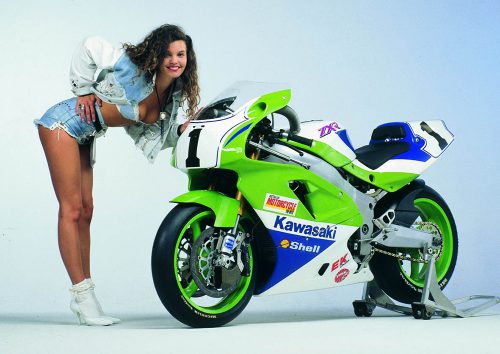