KTM has won the Moto3 World Championship for the second year in a row. Red Bull KTM Ajo rider and KTM GP Academy star, Pedro Acosta, capped a magnificent rookie season in Grand Prix racing by confirming his first ‘gold medal’ at seventeen years of age at the Grande Prémio Brembo do Algarve in Portugal. 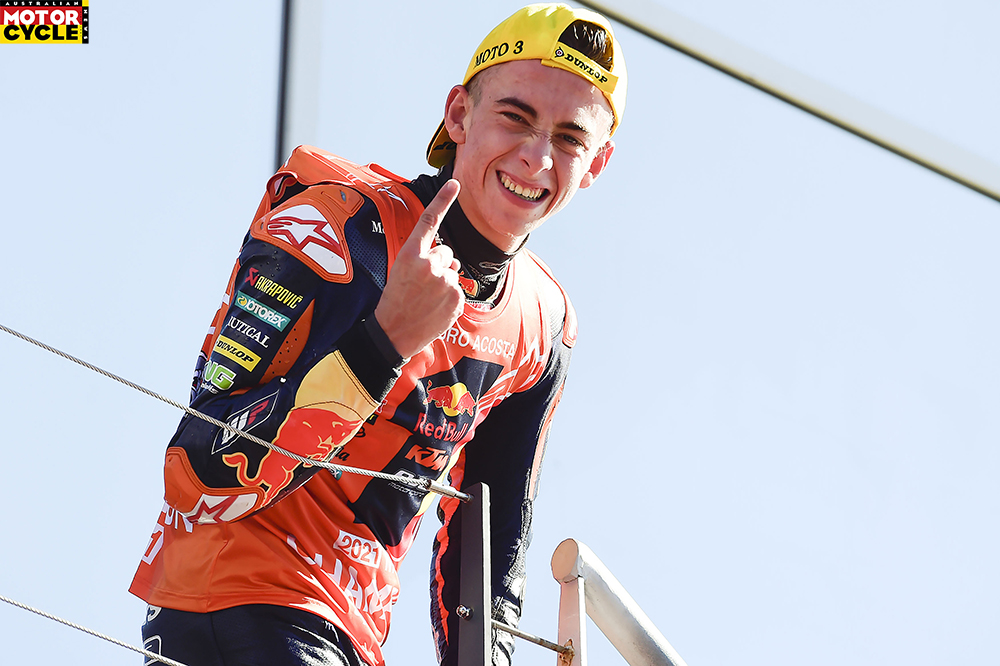 Pedro Acosta started the 21-lap race knowing he was less than an hour away from putting his name in the world championship record books. Finishing ahead of sole title threat Dennis Foggia was enough in terms of points needed and before MotoGP travelled to the last round in Valencia. 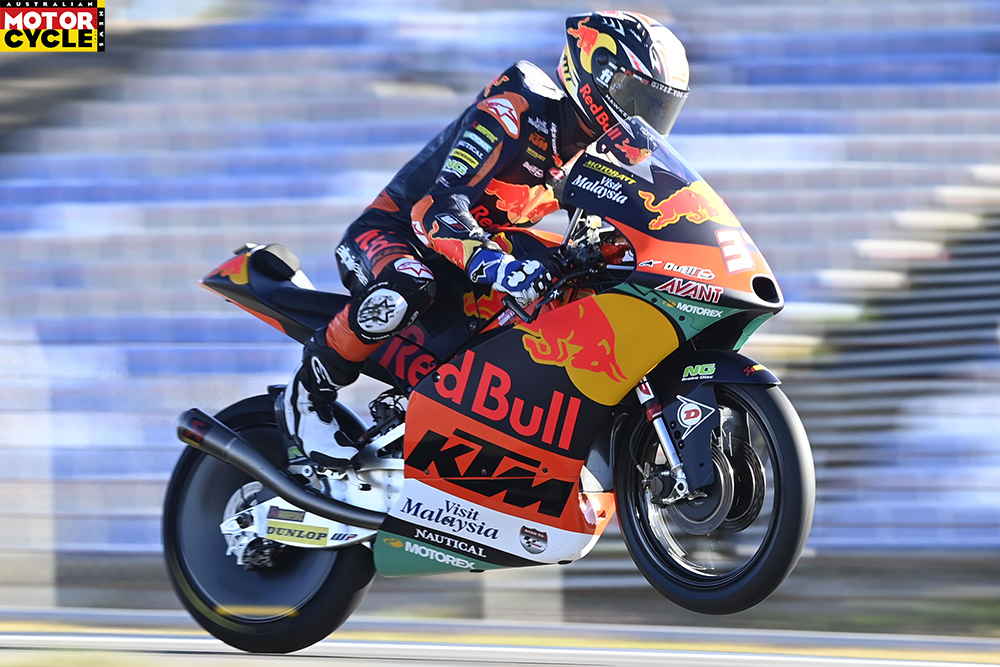 The Grande Prémio Brembo do Algarve in Portugal represented the second trip to the circuit in 2021, as the Portimao course hosted round three of the series in April. A chilly but sunny climate graced the second-to-last race of the year and Moto3 launched the Sunday program at 12.20 CET. 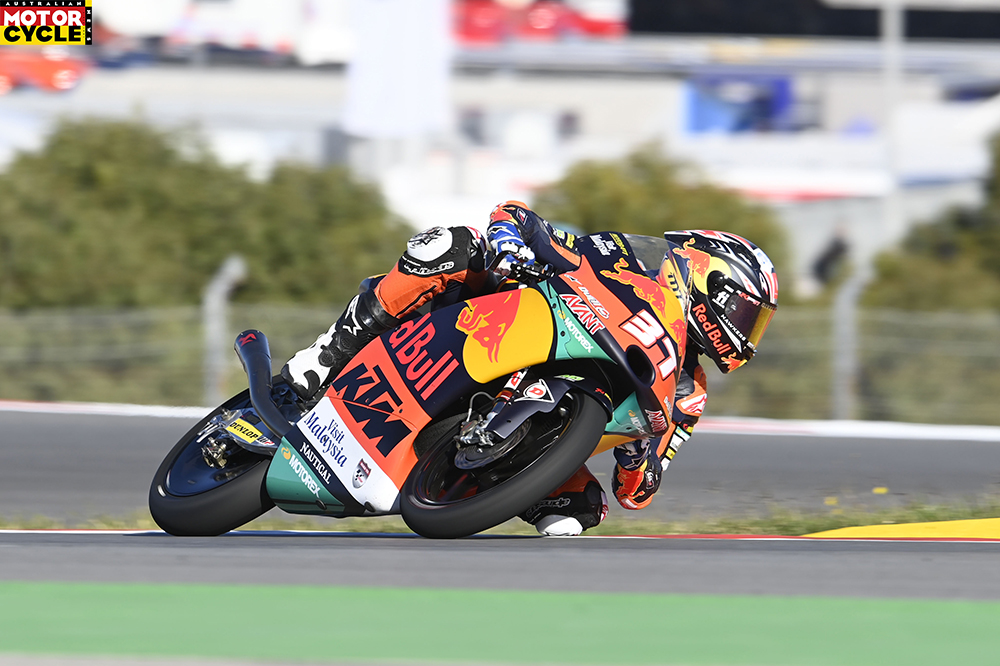 Acosta moved up from 14th on the grid and was part of a frantic chase between an eight-rider group for the podium. The lead changed numerous times with fellow Red Bull KTM Ajo racer Jaume Masia also in contention until a late fall at Turn 5. When Foggia was a victim of contact on the final lap and crashed, 17-year-old Acosta was free to charge to the finish line and confirmation of his crown. Niccolo Antonelli made sure of his fourth podium of 2021 in 3rd place. Ayumu Sasaki was less than two seconds from Acosta in 6th while Daniel Holgado – substituting Deniz Öncü – took his first world championship points for 13th. 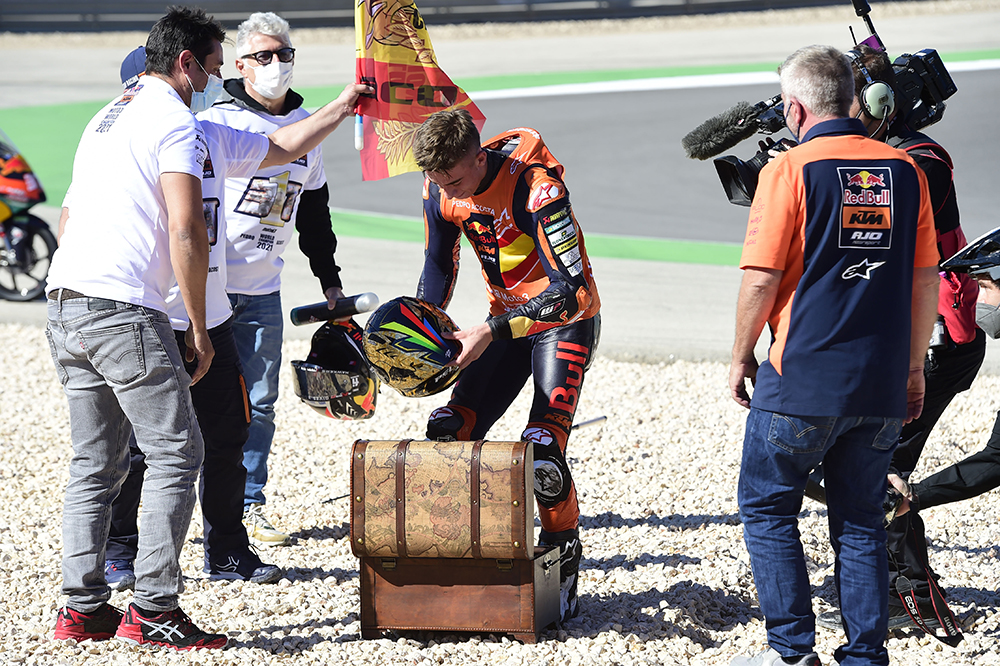 Acosta, the 2020 Red Bull MotoGP Rookies Cup Champion, made an instant and lasting impact on Moto3 in his first attempt. He finished 2nd on his debut in Qatar but then sensationally won his second outing at the Losail International Circuit despite starting from pitlane. He added another four wins in the following eight Grands Prix to power to the top of the standings and remain in place. 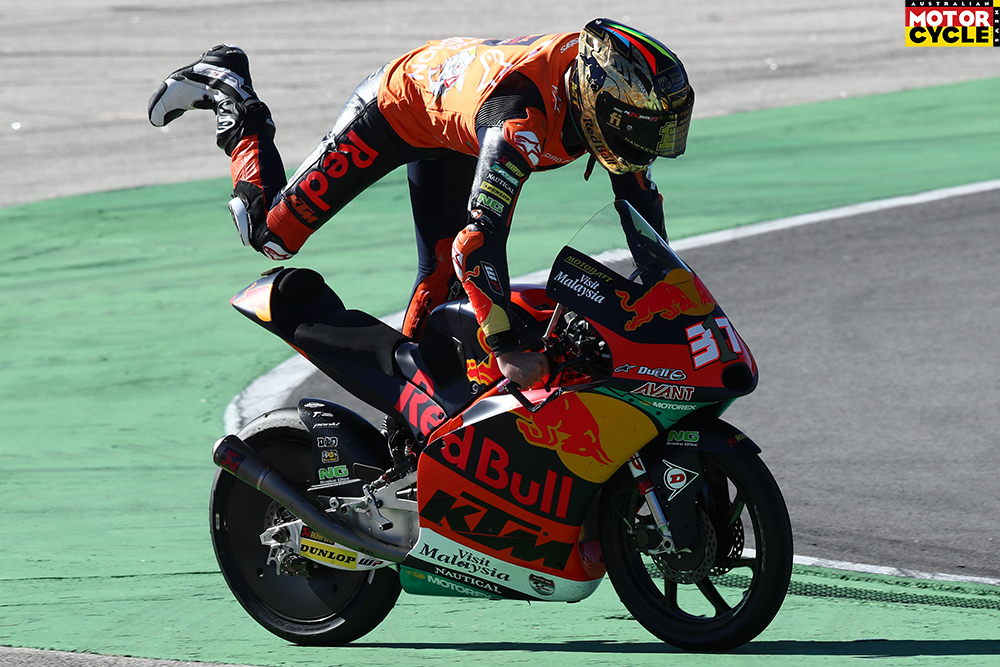 For the second year in succession, KTM began championship celebrations in Portimao after Albert Arenas had won the 2020 Moto3 competition at the same site. 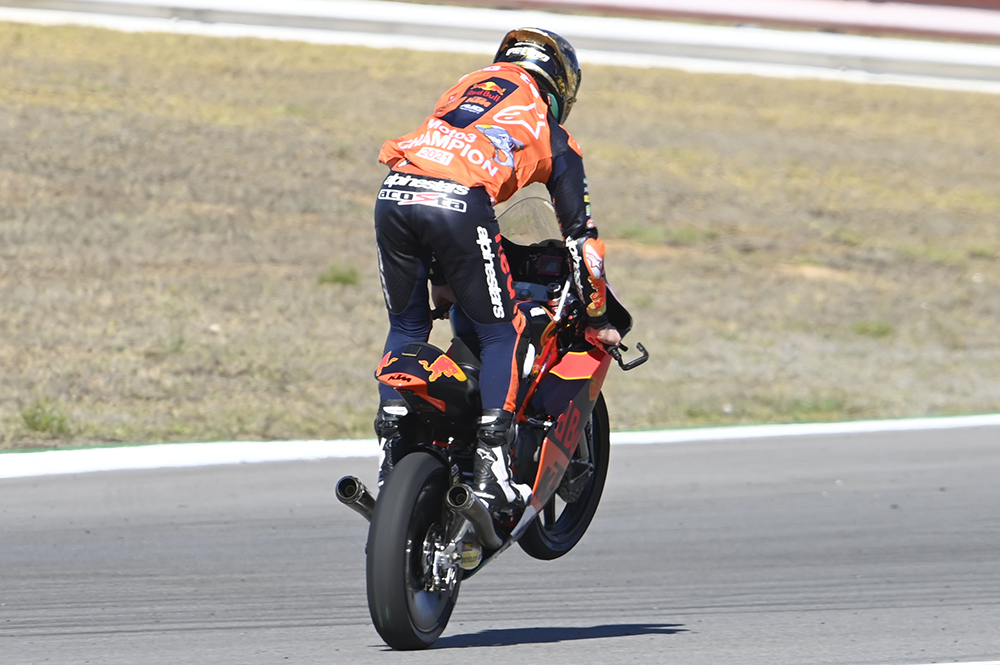 Pedro Acosta: “I feel like I have nothing to say at the moment! I did the warm-down lap crying. I can only say thanks to the team, Aki, KTM and Red Bull. They gave me a family this year. Thanks to all the guys that send me messages every day. To all the people pushing me: this championship is for them.” 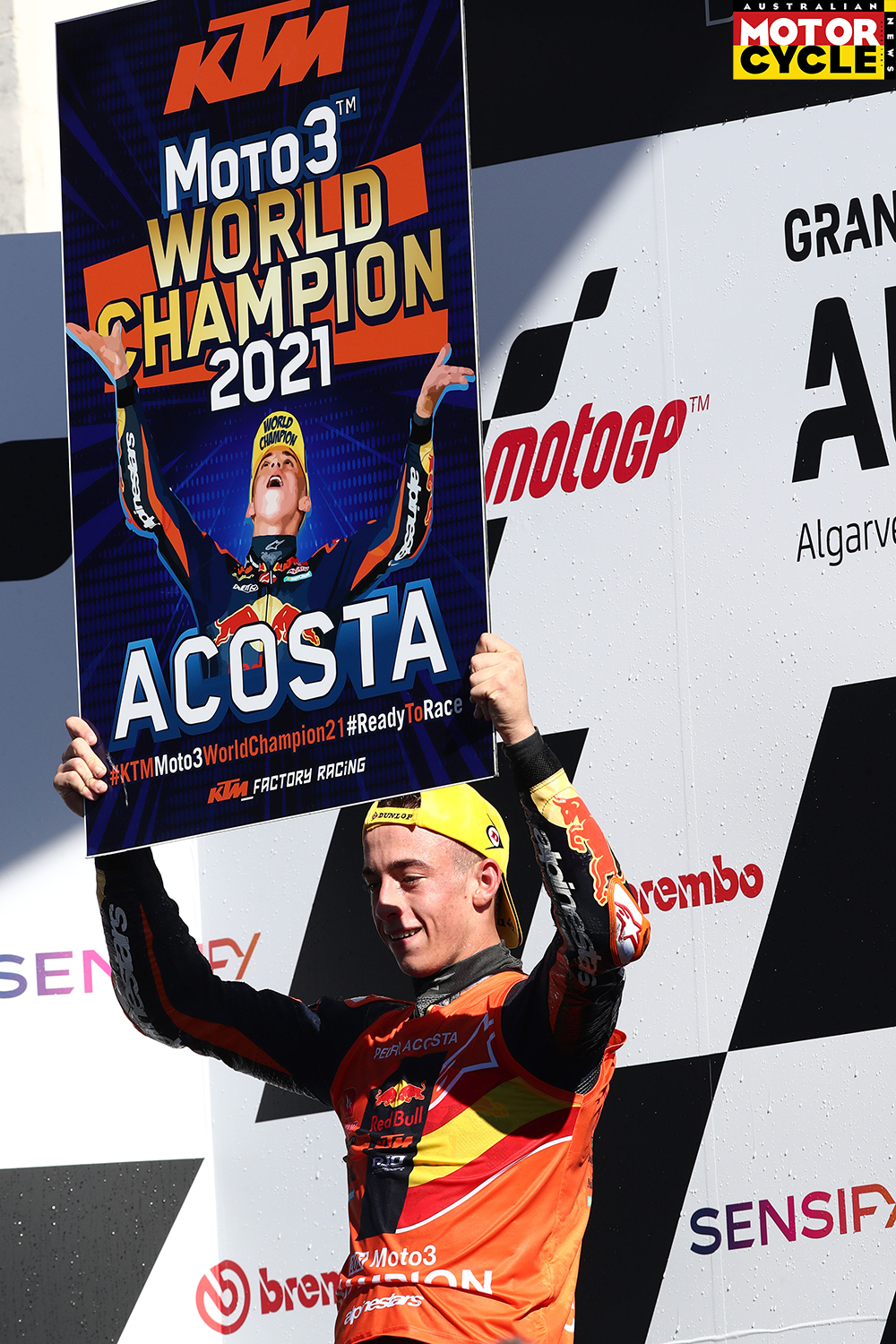