The Repsol Honda Team will be back to full strength for round three as Pol Espargaro is joined by Marc Marquez who makes his return from injury.

Portimao debuted on the MotoGP World Championship calendar in 2020, producing a thrilling race and earning praise from fans and riders alike. Three Hondas ended the race inside the top ten with both Takaaki Nakagami and Stefan Bradl battling for podium and top five positions for much of the race.

After falling during the Spanish GP on July 19, 2020 and breaking his right humerus, Marc Marquez has faced a lengthy recovery. The eight-time World Champion approached his recovery with complete dedication, diving into an intense physical regime with the approval of his medical team. Having assessed his condition on a Honda RC213V-S in Barcelona and Portimao, Marquez has now been approved by his medical team that he can return to racing.

One further medical check will take place at the circuit before Marquez can be given the all clear to remount his Repsol Honda Team RC213V. Although he missed the 2020 Portuguese GP, Marquez has ridden the 4.6-kilometer-long circuit on previous occasions, including on March 19th on a Honda RC213V-S. The objective for the weekend is for Marquez to return to competition and complete a successful Grand Prix without any unnecessary risks in order to have a fruitful 2021 campaign.

Pol Espargaro arrives in Portugal after two informative weekends in Qatar where he showed incredible pace aboard the Repsol Honda RC213V. Round three of the 2021 World Championship presents Espargaro with his first chance to try the Honda at a circuit other than the Losail International Circuit and after putting together a strong Portuguese race in 2020, Espargaro is looking forward to growing his understanding of the bike. Constant improvements remain Espargaro’s focus for the weekend.

“It’s a great feeling to be returning to MotoGP, with my team and my bike. We have been working very hard to achieve this, many hours in the gym and with my physio Carlos. We would have liked to have been in Qatar, but finally my doctors advised me against it and I listened to them. I have really focused on listening to the doctors and understanding my body so that I can return to MotoGP and do what I love. I have a little bit of experience in Portugal but the aim of this weekend is to work well. Step by step, we are coming back and this is very positive after a long period.”

“We left Qatar with good information but without the results we were looking for. Portugal gives me a chance to start to understand the Honda more because it will be the first time not riding it in Losail. It’s a fun and very physical circuit to ride so I am excited to try the RC213V in Portugal. We need to continue to improve our performance and show the potential of the Honda. Of course I am also very excited to have Marc back in the box, he is the reference in MotoGP and working with him will help us to raise out level.” 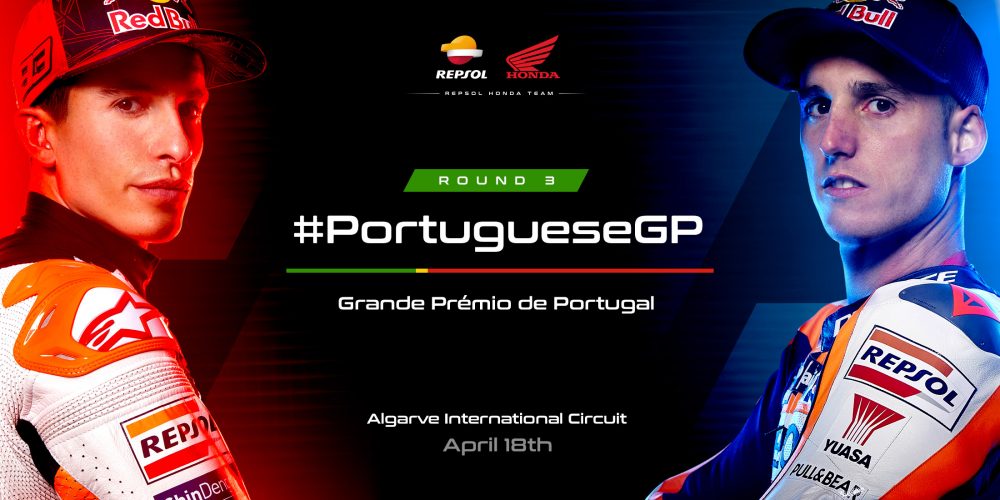