I was keen to give the Yamaha Bolt a proper day out on the road, to put in a good long day in the saddle. I’ve been chained to my desk these last few weeks so it’s really only been a daily runabout until now. I had planned a loop around the New South Wales’ south coast region in and around Kangaroo Valley, it’s filled with twists and turns, a handful of pie shops, not to mention the picturesque scenery. It was bound to be a great day out.

Starting out from Shellharbour, I headed south on the freeway towards Bomaderry and despite having a five-speed transmission, it’s geared well enough that I could accelerate and overtake a car in top gear effectively, and with out toeing for the phantom sixth gear. I did notice the mirrors do start to shake a little at this range, a byproduct of that lovely 942cc V-twin engine, but they’re clear and very useable at sign-posted highway speeds. 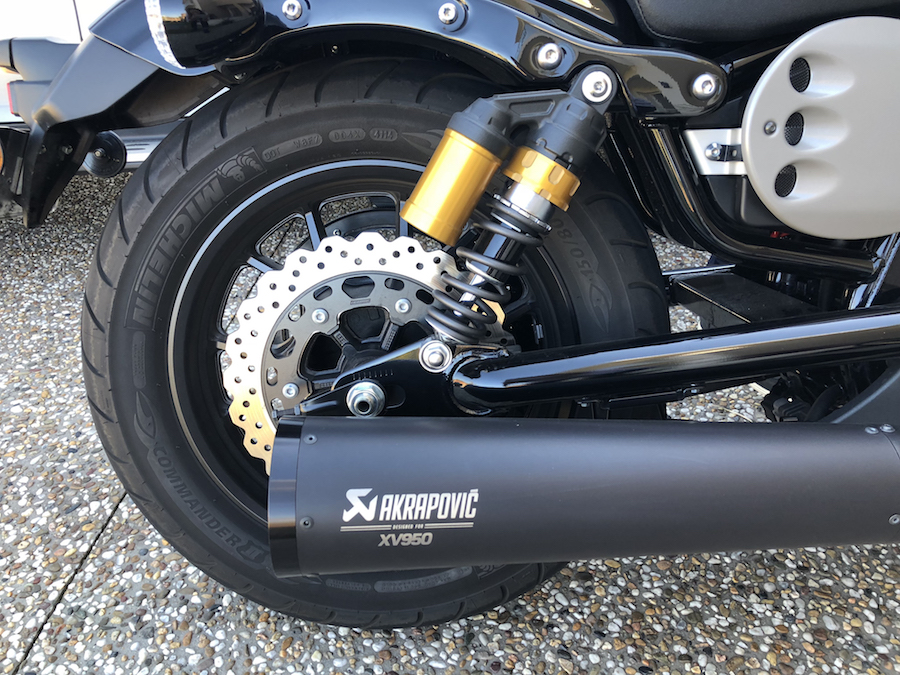 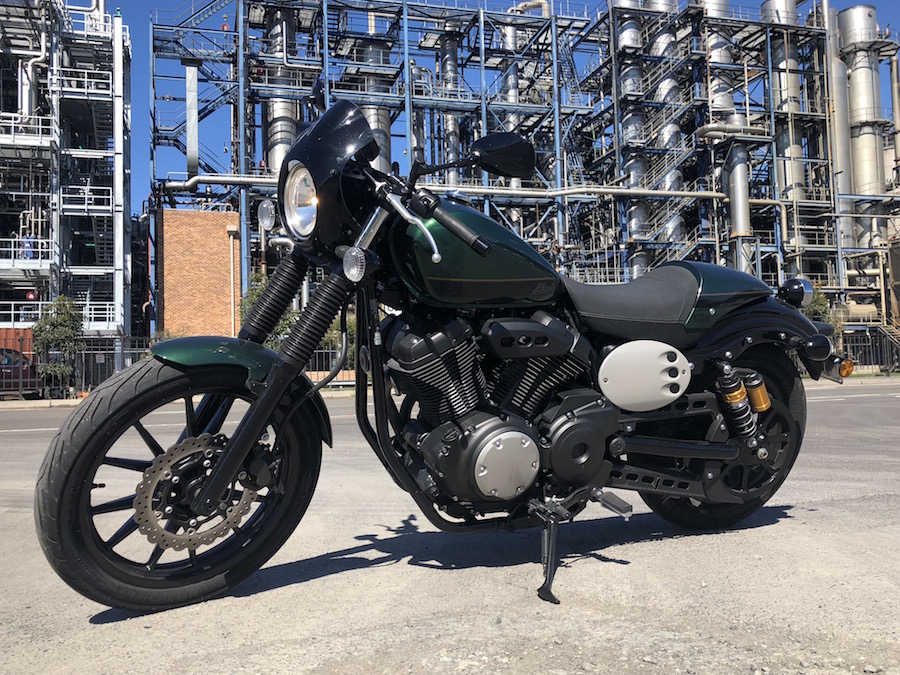 Once off the freeway, I was into the tighter stuff and, with very little experience on this genre of motorcycle, it took me a little while to get accustomed to how a 19-inch front wheel feels and reacts through the forward-mounted clip-on handlebars. But it was a heap of fun once I developed an understanding of how to get the most from it.

Down the backend of Kangaroo Valley, where the road opens up a bit more into fast and long sweepers, the bike felt far more at home and the experience far more intuitive. The input required to get it to do what I wanted it to decreased significantly and it felt rock solid holding and predictable through long and fast corners – I’m beginning to love this cruising lark.

Even though the seat is narrow, it remained comfortable after a few hours on the move. I did notice that that engine covers started rubbing into my legs, which became slightly annoying when I was moving around on the bike in the tighter sections, but I could easily negotiate it when I was cruising – which is what this bike is built to do. 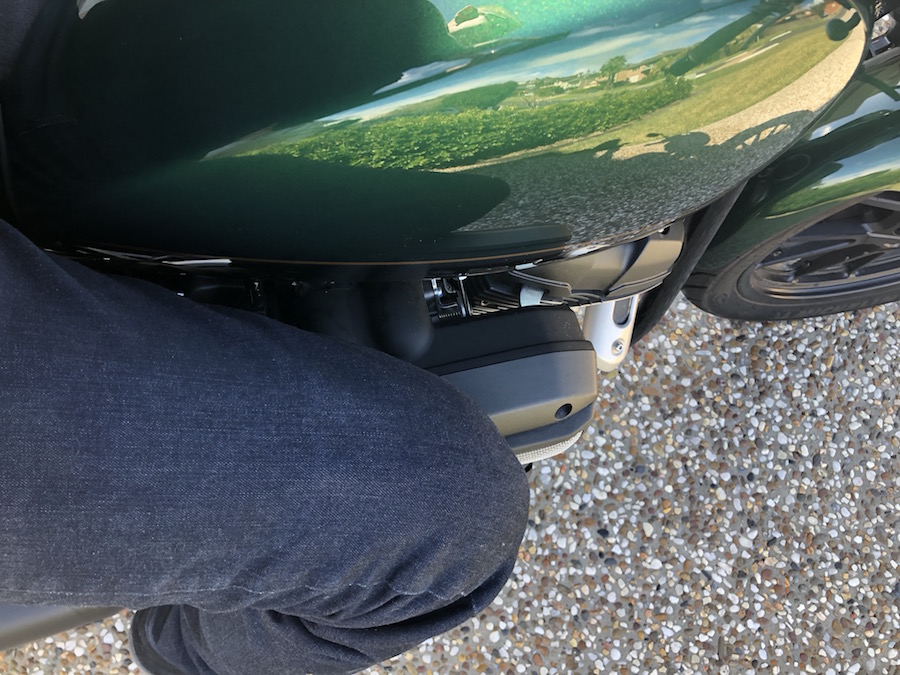 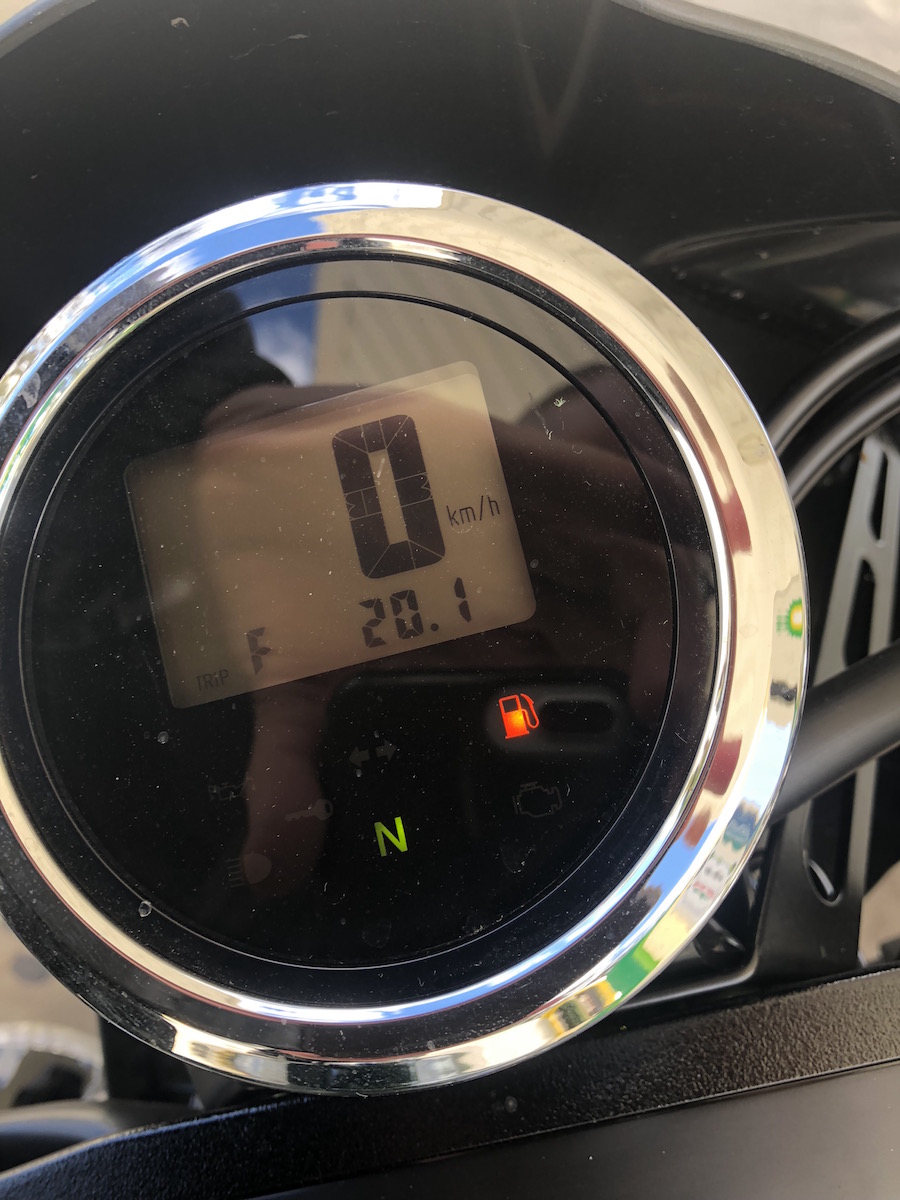 Yamaha has done a great job on its styling, the green paintwork with the two-tone tank looks hot in the sun and, judging by the group of people milling around it at Robertson Pie Shop, I’m not the only one who thinks it. The optional Akrapovič exhaust doesn’t hurt its look or sound either.

After lunch, I did the Macquarie and Jamberoo Passes and back-tracked a long some the better roads around Kangaroo Valley and, after 180km of riding, the fuel light came on. I had been riding fairly hard for most of the day and was interested to see how far the reserve would take me. I was working off a 12-litre tank which had 2.8 litres of ‘reserve’ fuel after the light comes on, which also triggers a trip metre on the LCD display so you know exactly how much you’re pushing your luck. As it happened, I rode another 42km before I refuelled, and over 220km for a bike aimed at an urban rider is a decent range.

With just enough bling to make it a head turner, it’s also got plenty of potential as a blank canvas for a would-be customiser. And, as I found out, it’s a surprisingly accomplished short-distance tourer, too. And to think I was so quick to judge.