LAWRENCE DOES IT JETT AGAIN | Off-Road

In AMA Supercross’s return to Foxborough, Massachusetts, following a four-year absence, Team Honda HRC scored a pair of second-place finishes, one of which was enough for Jett Lawrence to clinch the 250SX East Region Championship one race early, and the other coming courtesy of Chase Sexton in the premier class. 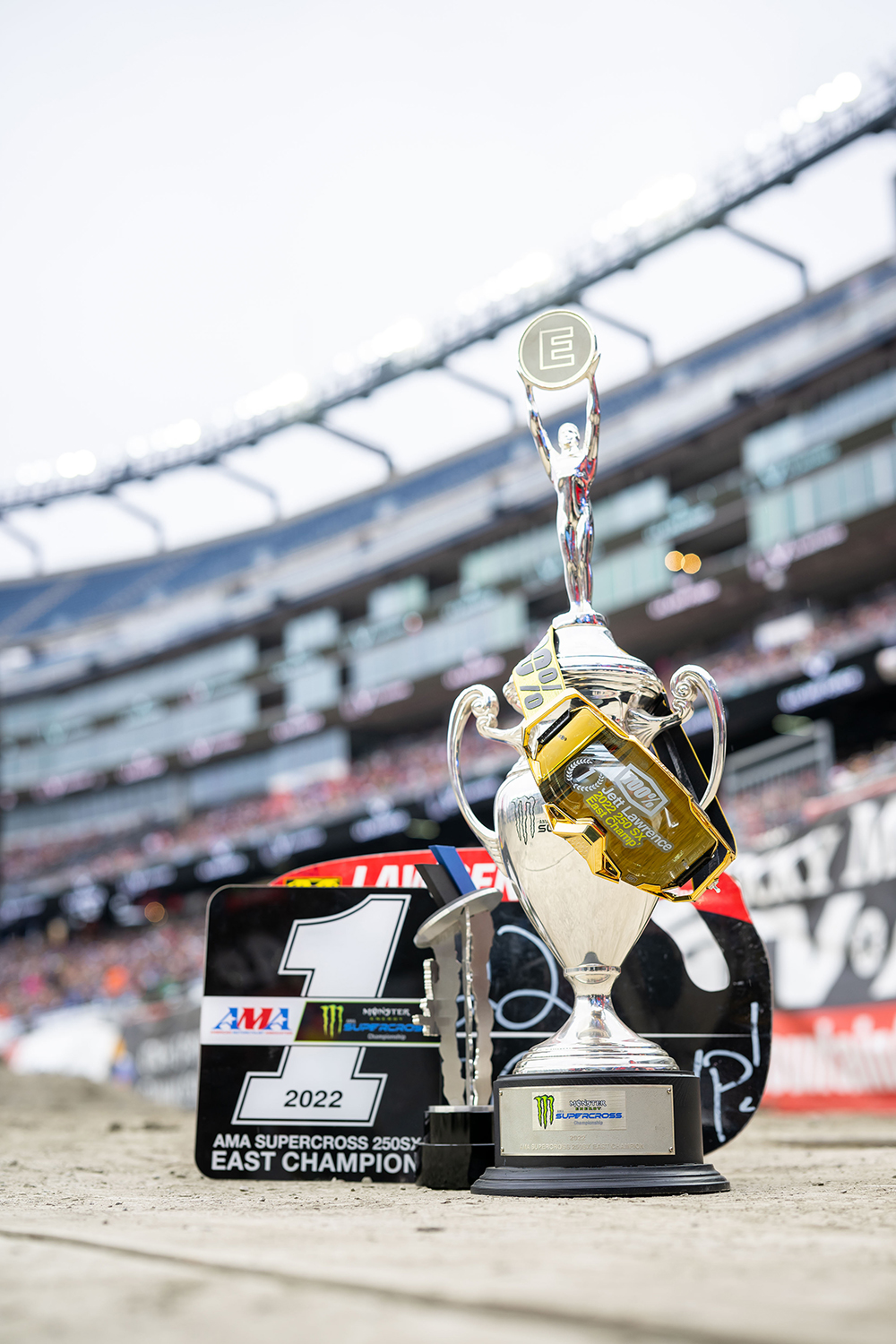 Lawrence suffered a bad start in the 250SX main event, running outside the top 10 early and completing lap one in eighth. Although he only had to finish 18th or better in order to secure the crown, he quickly advanced through the pack, hitting the top five on lap 4. While engaged in a heated battle with Austin Forkner, the 18-year-old set the race’s fastest lap, and the duo took over second and third when RJ Hampshire went down with four minutes remaining. Lawrence moved by Peirce Brown for second on the penultimate lap, then crossed the line just .58 seconds behind Forkner. Also impressive was SmarTop/Bullfrog Spas/MotoConcepts Honda rider Mitchell Oldenburg, with a fourth-place finish, as was Phoenix Racing Honda’s Cullin Park, who led early and finished an eventual ninth. 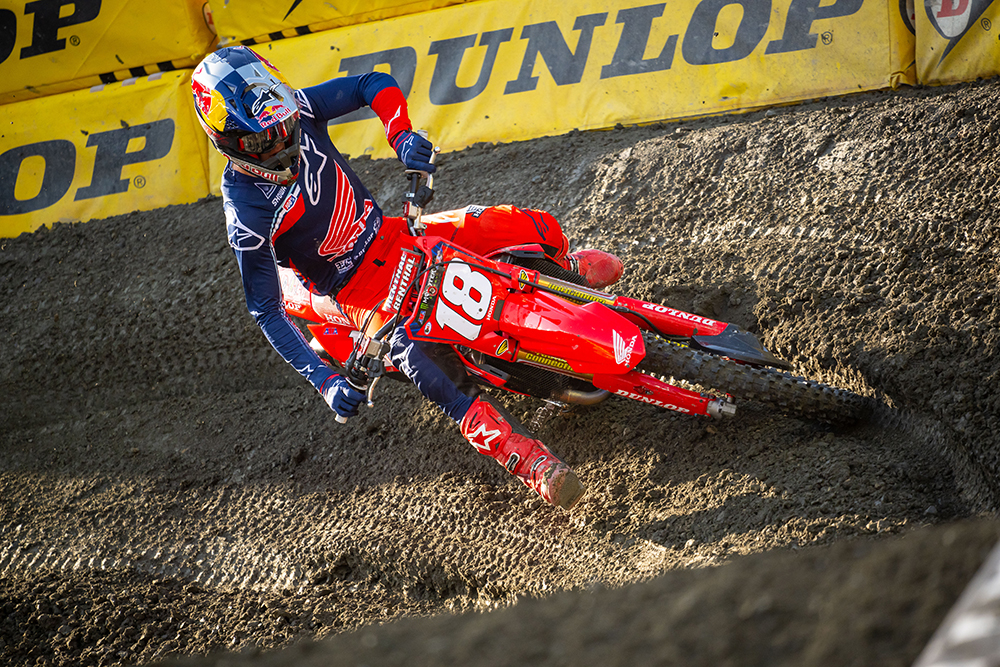 Sexton didn’t get a great start in the 450SX main but was quickly up to fourth place, then third on lap 3 when Eli Tomac stalled. He set the race’s fastest time a lap later and moved by Cooper Webb two laps after that, then set after the leading Jason Anderson. The 22-year-old managed to close up to Anderson’s rear fender at one point, ultimately finishing just over three seconds back.

“To be honest, I was calmer than last weekend, going into the East-West Showdown. I was just enjoying it, and that helped me have more fun with the track. In the main event I got out of the gate okay, but I was a bit off balance. I lost all my traction there, but I was just happy to make it through the first turn. I liked battling with Austin [Forkner]; I think it helped me to not even worry about the championship, because I was more excited about the race. I tried some different lines, made some mistakes, but this track was so about being consistent. I’ve dreamed of this since I was a little kid. All the hard work that we and the team have put in, and all the hard times I’ve gone through – this one night makes all that disappear. I just have to say thanks to the team. I wouldn’t be here without my brother; I feel like he should have a number 1 plate too, because he’s a big part of this. This one is definitely a lot more than the outdoors [title]; I’ve had a lot of rough runs in supercross, so this is unreal.” 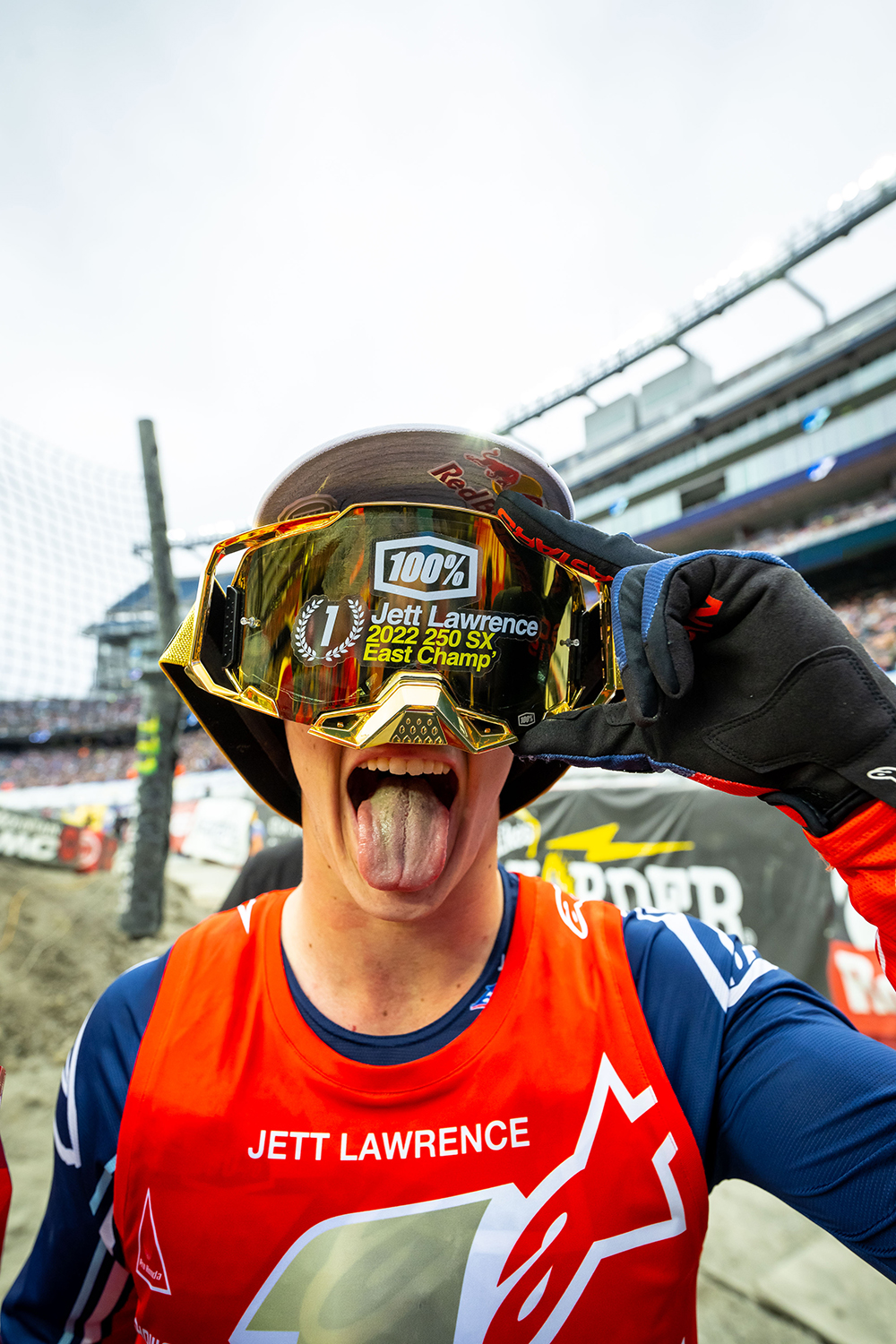