Recently confirmed to ride for the CIP Greenpower team in Moto3 for 2022, Joel Kelso will be the third Aussie in the MotoGP paddock next year

Recently confirmed to ride for the CIP Greenpower team in Moto3 for 2022, Joel Kelso sat down for a chat with Neil Morrison for a chat about his journey to the Moto3 grid.

This is a huge achievement and great news for all Aussie racing fans. Can you tell us how the relationship with the CIP Greenpower team came about?

The FIM CEV paddock (World Junior Moto3 Championship) that I’ve been racing in is the most competitive below the world championship. This year I knew I could be a title contender if luck went my way. Unfortunately, it hasn’t!

But in Estoril I was fast, qualified sixth, then to Valencia where I qualified fourth. In the race we were on the podium before being taken out, so we’ve been fast all season. World championship teams see this, they see that I have the speed, but I was a bit unlucky. So finally an opportunity has come from good results – not ‘race finishing’ results – but there was 100 percent potential.

CIP contacted my manager about doing the wildcards for Assen and Sachsenring and it progressed from there. I think I proved to many people that I was ready to step up. It hasn’t gone all to plan, but when does it ever?

The FIM CEV paddock looks cut-throat, but what about the MotoGP paddock? What did you notice during the wildcards?

Mainly the bike. There is a massive difference between my 2018 KTM and the current model. You can imagine how much work KTM is doing in the background to improve these bikes, it’s a completely different riding style with a lot of new components, so I was happy with the wildcards. We closed the gap to within a second to first position, which still seems like a lot, but I’d never ridden the 2021 KTM before. At Assen we showed potential. That’s my goal next year, to show potential when we need to. At almost all the tracks this year, my times in qualifying would have had me top six in Moto3 – and at Portugal P2 – and that’s on my 2018 bike. 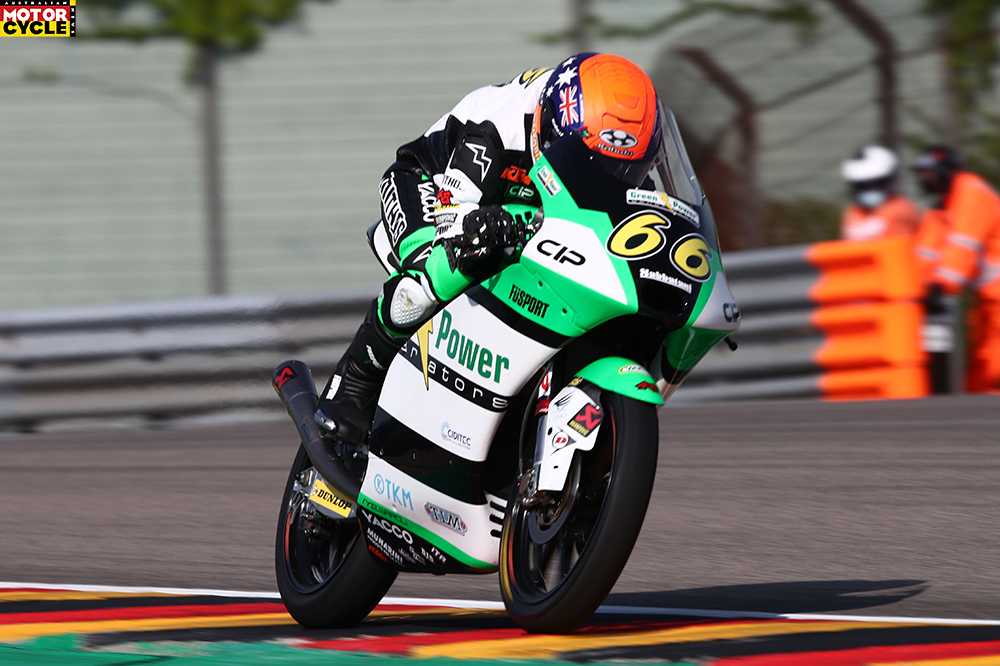 You’ve got strong experience in the FIM CEV paddock, you’ve been a race winner this season – how do you think you are perceived by the other riders and teams?

I think people know that I’m there. If you look at all the free practices and qualifying, I’m there. At Portugal we showed unreal speed; everything went right that weekend – I’d come off four weeks of riding and I was P1 in every session.

I was exiting the box and there would be 10 riders waiting for me at the end of pit lane. That kind of thing annoys some people but it gave me the message that, ‘whoa, I’m one of the contenders here’. If the big names are there waiting for me in pit lane, it shows me that I’m doing something right.

What happens from here, has there been anything spoken about for testing?

I would like to continue focusing on this season but a good thing about next year is that there will be more budget for training. So I’d like to get into that as soon as possible.

In regards to testing, the dates haven’t been officially announced, so at the moment I really want to close this year out with some nice results. The AGR team has put in so much hard work over the past two years. For me, my family, everyone involved, we need to keep working to give the team the good ending to the season they deserve. 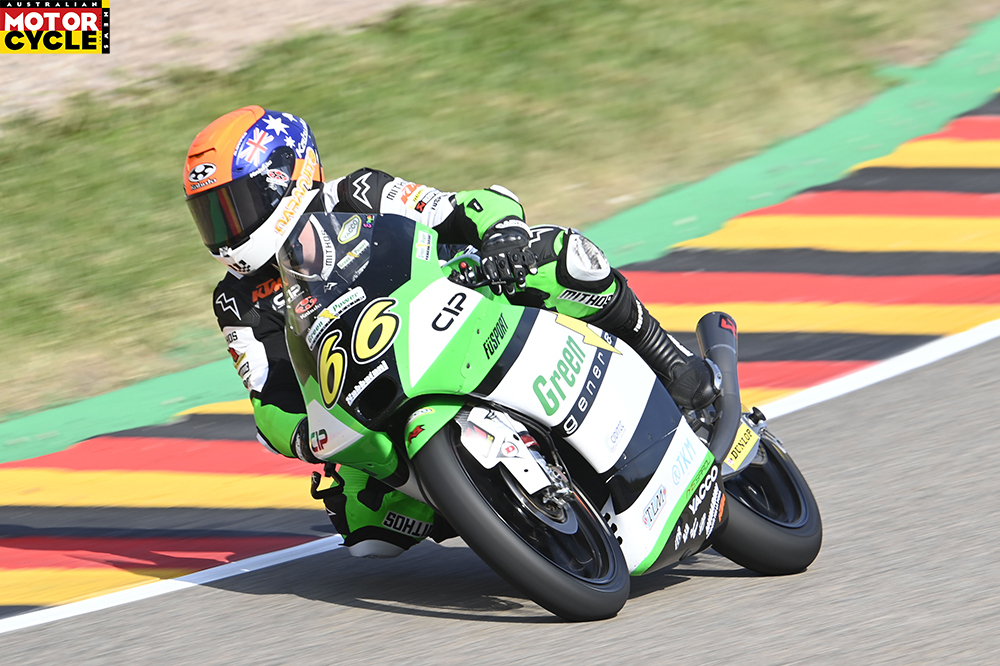 You seem to gel well with the AGR team?

I worked really well with AGR due to the team manager and the crew chief I have. It’s going to be sad to leave them. We’ve built a close relationship and this really is the key to my success this year. I really appreciate them for trusting me and not just telling me to go ride the bike. My crew chief worked with me when I needed the bike set up different to what is considered ‘normal’. Some crew chiefs don’t understand that. He was happy to work with me and let me adapt, slowly making the bike more ‘normal’. He started at the point where I needed to start from.

And your crew chief at CIP, was it a similar feeling?

I’m really happy with how he works. We didn’t get to show it completely during the wildcards – but I think that’s because, in a similar way to AGR, he needs to help me progress in the way I need with bike setup to get a nice feeling. With the full season available I think we will be able to get results. 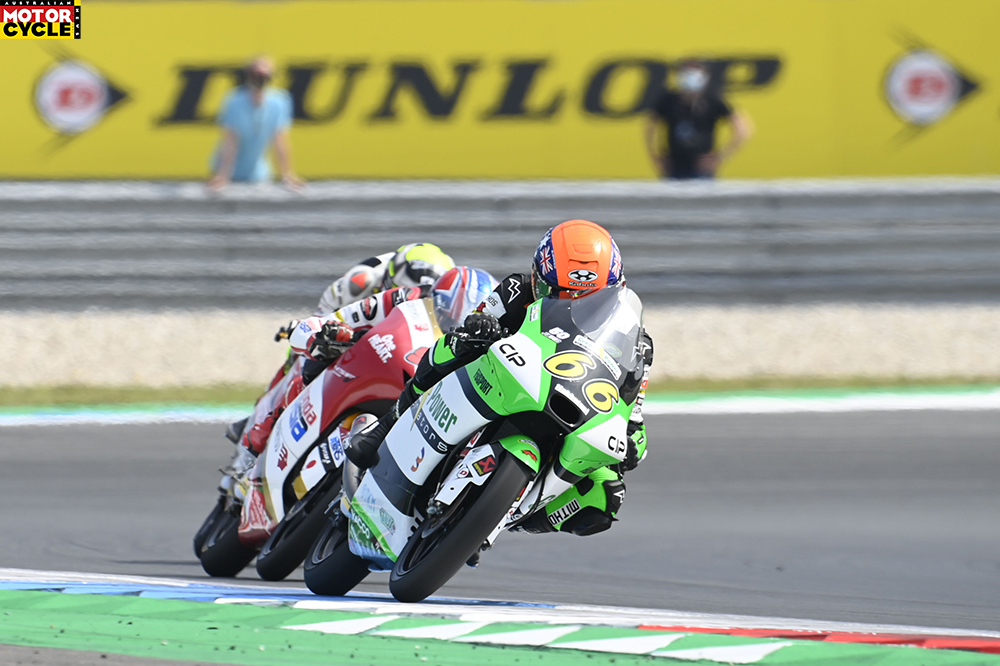 What’s your physical training consist of? We see you on mini bikes and motocross a lot.

I started working with my current trainers about three years ago when I moved to Mallorca. They also train Joan Mir and Augusto Fernández. I had no budget; they’ve really helped me out.

Going into the world championship, I made it a part of the contract to have a budget available for training. The plan is to do four or five days of riding a week, which will be two or three days on a minimoto, another bike we have here we call Moto5. It’s kind of a Chinese version of a Moto3. One or two days of motocross and the rest would be cycling or gym. The main difference is I will get an extra two or three days of riding a week.

A lot of us will be cheering you on from over here.

Thanks. I’ll give it my best. 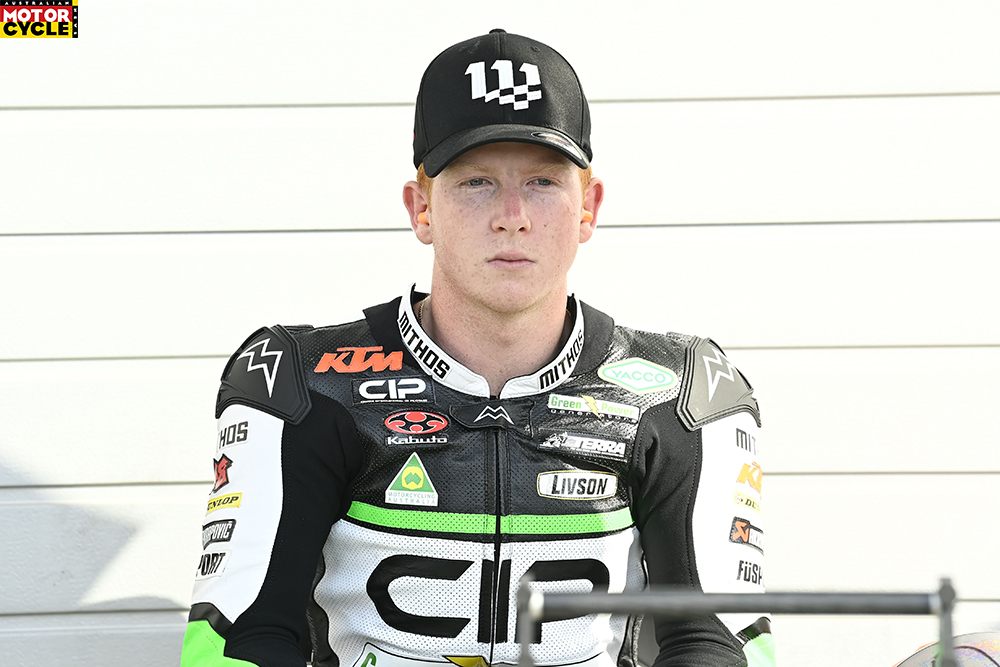