“I work at JK Williams, driving a fifty tone dump truck from 7am-5pm, Monday to Friday”

What a start to the year it has been thus far for myself in the 2016 Australian Off-Road Championship (AORC). For those who may not know or follow the AORC, this year I returned to Yamaha after spending the last three years aboard a Sherco 300. This is where it all began for me in 2010, and I must say that the whole package that Yamaha have supplied me is simply unreal – I’m having a blast racing the WR250F. In fact, I haven’t really had to change my riding style at all, which shows just how good this year’s model really is.

With six rounds down in the series, and another six to go, I currently sit in second position in the championship with a 4-2 score card at round one and two, 2-1 at round three and four and two second places at rounds five and six. This puts me sixteen-point behind Jemma Wilson, who I take my hat off to as she has been riding really well this year.

Unfortunately, there has been a few injuries this year which have hampered me a bit. At the opening round in March at Kilkivan in Queensland I was happy just to finish as a fortnight before the Round I went under the knife to get surgery on my left collarbone. I broke it while training overseas in France on a motocross track, then after eight weeks of recovery I re-broke the bone again while easing back into riding at Pacific Park in South Maroota, NSW.

At the races this year I feel that I have not been able to really put everything together, however now that we have had a good solid break since the last round at Murray Bridge in April I’ve had a lot of time to break down my riding and sort out my faults. It’s been really handy to tell you the truth. I feel that my riding is starting to come back to where it should be, so I’m really excited for the remaining six rounds which kicks off on 23-24 July at Hedley in Victoria – one of my favourite rounds for the year!

If you’re a fellow racer and it doesn’t matter if its enduro, motocross, or road racing, you would all know that there is a mental factor to overcome after hurting yourself. After my recent injury I believe that I have got my head in the right space now, thanks to my family, friends and the people who are helping me. It’s all coming together so hopefully we’ll have a strong back half of the year. The competition in AORC is always fierce and will provide great preparation for the International Six Days Enduro (ISDE) in October which I’m really excited about. Once again I’ll be teaming up with Jemma and Tayla Jones and heading to Circuito de Navarra, Spain to defend our title as reigning champions. Fingers crossed we can ‘bring home the bacon’ yet again for the mighty green and gold!

The Australian women’s team does have a strong group of rider and I believe if we all stay healthy we will be very unbeatable again.

Apart from motorcycle racing my life doesn’t revolve around two wheels 24/7. I have been pretty busy at work lately. I work at JK Williams, driving a fifty tone dump truck from 7am-5pm, Monday to Friday. On top of that I’ve also been doing an online course to attain my Certificate III & IV in fitness. While motorcycle racing is my primary ‘focus’ at the moment, I do have to look towards the future and life after racing. So I just want to get this in line to fall back on once racing is done and dusted. I would love to lead into fitness, then continue into nutrition and physiotherapy and continue in that avenue.

I would like to send a big thanks to each and every single one of my sponsors, my parents, family, friends and all the great support I get from everyone out there. They’ve all stuck by me in what I regard as one of my toughest years to date with injuries and ups-and-downs. Everyone has been there to help pick me back up and it’s very rewarding to see that I have such a strong family and friendship base around me, so a massive thankyou to everyone.

For the time being, ride safe and hope to see you all at one of the AORC rounds in the future! 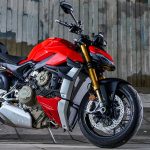 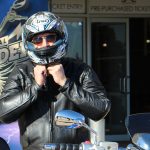