WHERE ARE THEY NOW?- Peter Jones | Columns | Gassit Garage

“Today my health is still good at 73, thanks mainly to good genes from my English-born parents and not falling off too hard…”

Triple Australian TT winner Peter Jones has been given the hint to finish restoring his Suzuki TR250 and TR500 racers. But rushing isn’t something you do after six years of retirement overlooking Tasmania’s Tamar River. Besides, he’s still looking for the correct blue to give the spray painter.

Jones won the Australian 250, 350 and 500 TT races at Surfers Paradise in May 1969 on a Suzuki TR250, becoming the first rider to win the national championship on a Suzuki.

He rode in the Isle of Man TT and some Continental Circus races in 1971, finishing eighth in the 500 Production TT, third in the 500 class of the Barcelona 24-Hours at Montjuic Parc and seventh in the Spanish 500 GP at Jarama. He met wife of 44 years Lyn in the Island. She had taken a summer-holiday job at Rose Villa guest house, a favoured locale for Australian racers for decades.

Peter Jones was a fitter and turner from Beaumaris who joined the Melbourne Motorcycle Company at about the time it became the Victorian Suzuki agent. He rode his first Bathurst in 1964 on a Bultaco 250 Production machine. As service manager at MMC, he was sponsored on a Suzuki TR250 twin racer and its performance stepped up a when he fitted US-made Wiseco pistons.

Jones enjoyed a golden run through 1969, winning the 250 GP at Bathurst and then a treble in the Australian TT. He also finished third in the Unlimited TT, behind Ken Blake and John Warrian on their twin-cylinder Triumph racers, and won the Victorian 250 GP at Benalla. He crashed out of the Harvie Wiltshire Trophy at Calder when a big-end seized.

After twice postponing plans to go overseas, Jones went away in 1971. His boss, Graeme Laing, let him take the MMC-owned Suzuki TR500. He rode selected races on the Continent, but missed out on many rides due to his race acceptances going missing in a mail strike.

“I bought a TR250 from a well-known rider and that was a big mistake, because that bike was only good as a ‘start money special’. Loyalty to Suzuki stopped me buying a Yamaha 250. On the 500 I tried to measure myself against Jack Findlay and his Suzuki.

“Suzuki GB was just getting into road racing in 1971 and I had some contacts there, which led to riding a Suzuki T350 in the Production TT and then the Barcelona 24-Hours with Keith Martin,” Jones said. “The bike had the standard 315 motor, an alloy tank, clip-ons and a fibreglass seat. Our team for the 24-Hour was Keith, me and Australian mechanic Dave Hall. We were pretty happy to be third with an almost stock-standard bike against some quick riders going crazy on factory BSA singles.”

At the Swedish GP, Jones took the opportunity to watch world champion Giacomo Agostini. “I didn’t have a 350, so I watched him in the 350 GP. Jarno Saarinen and Paul Smart were good, but Agostini was so impressive the way he was inch perfect lap after lap. He was the stand out. People had said he just had good bikes, so I had a good look.”

Peter and Lyn were married in Yorkshire in February 1972 and moved back to Australia. He raced Suzukis until 1976, highlighted by finishing fourth in the Australian 500 TT at Laverton on a new RG500.

“That was a great bike. It did everything…smooth, fast, good brakes, suspension, gear change. I qualified second fastest to Ken Blake, but I messed up the start and ran wide at one corner. I could see Greg Johnson ahead of me each lap at the hairpin, but I could not close the distance.”

Jones retired from racing later that year. He remained an MMC employee until the creation of Suzuki Australia and then followed Graeme Laing to Milledge Yamaha in 1982 as service manager.

“I stayed there through the evolution into Yamaha Australia, until I was retrenched in 2000. Then I worked with John Redding, who was running the Yamaha race team and doing conversions on Yamaha off-road bikes. I also worked with Graeme again and, from 2006 to 2010, I was John’s eyes and ears at the race tracks.

“Today, my health is still good at 73, thanks mainly to good genes from my English-born parents and not falling off too hard, through luck or maybe not riding too hard!” 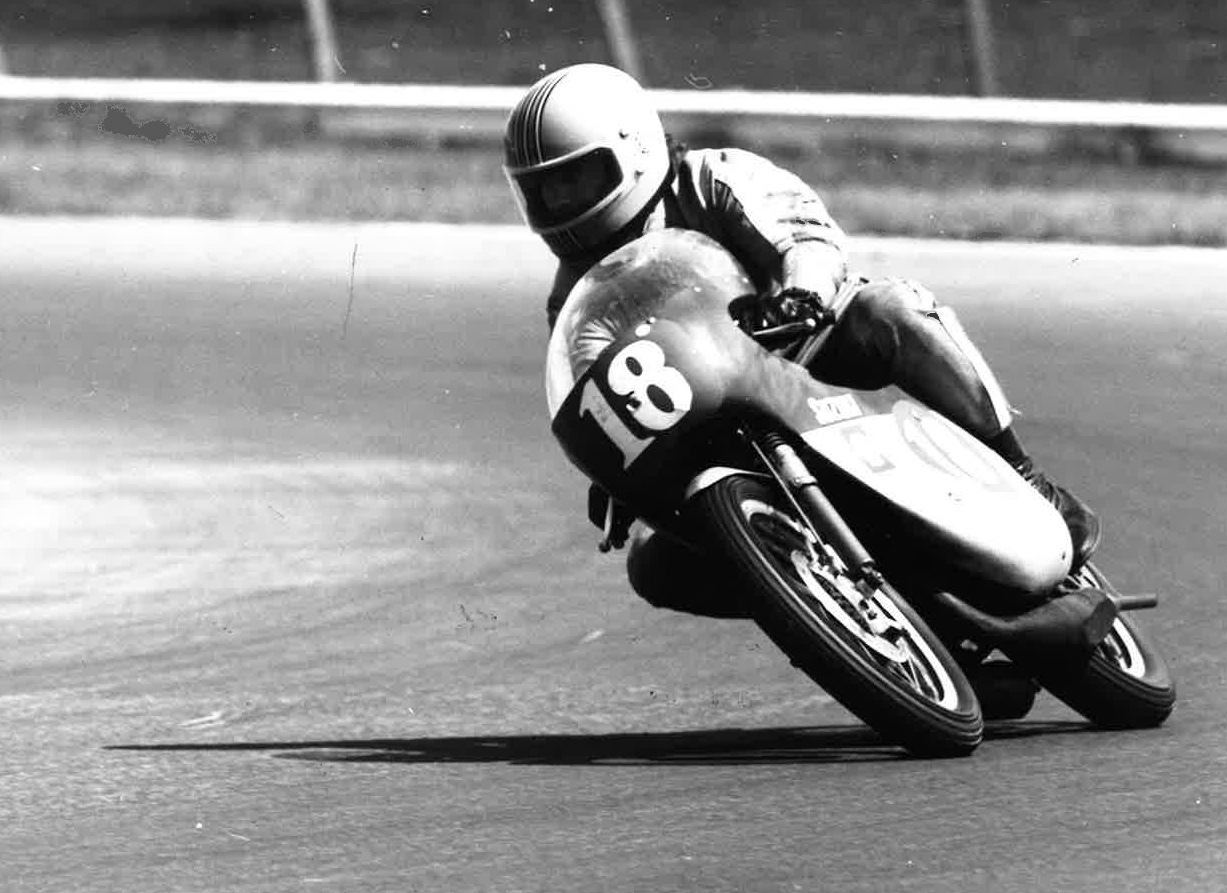 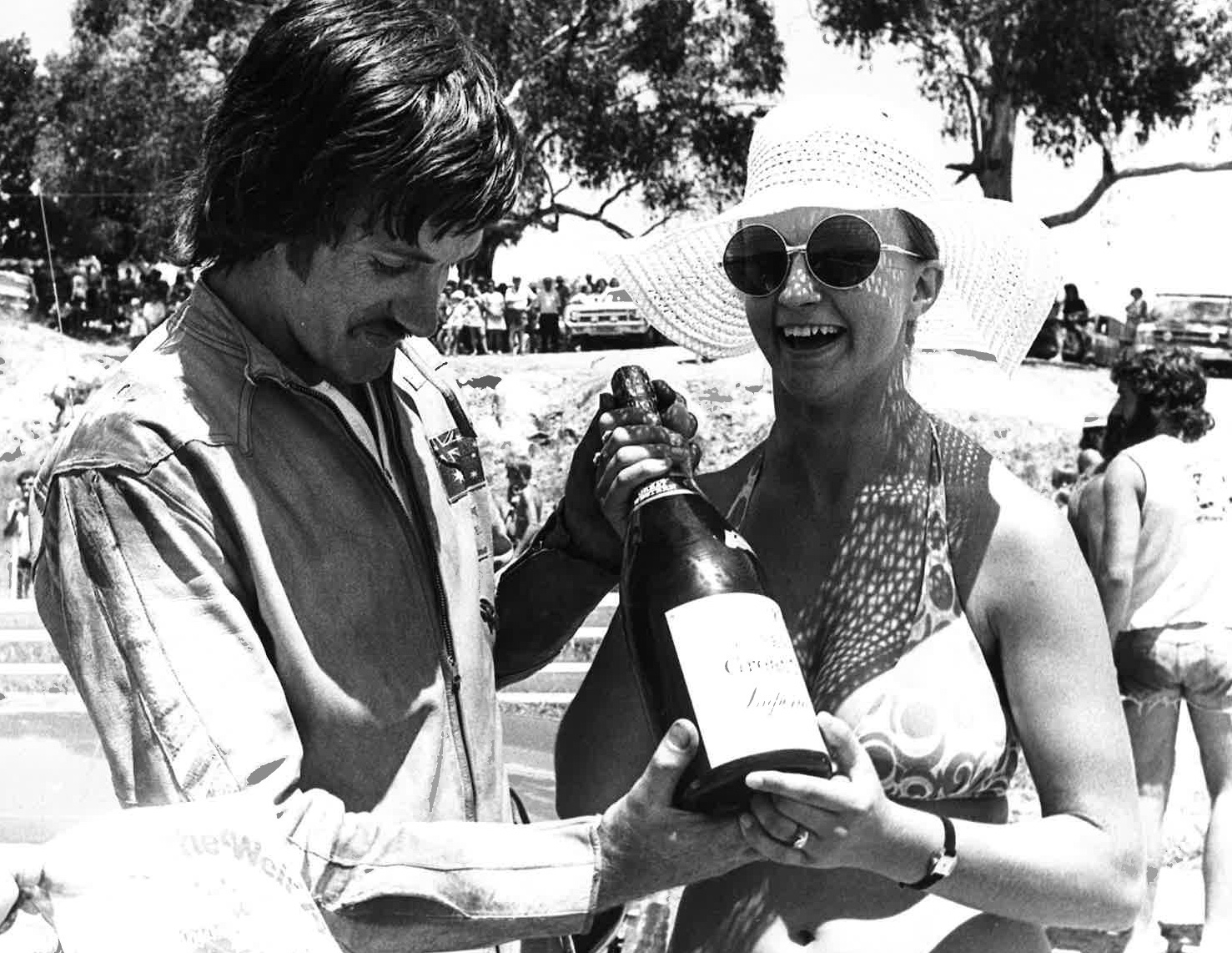