MotoGP rider Loris Baz hadn’t stopped sliding when he leapt to his feet and jogged off the racing line after being dumped off his Avinta Ducati at an incredibly fast 290km/h. Spanish rallies legend Marc Coma won the toughest race in the world for a record-equalling fifth time, claiming the 2015 Dakar Rally. Luc Ackerman is the youngest rider in the world to have successfully pull off a backflip on a motorcycle. These men take their jobs, and their lives, seriously. And they have something else in common, too. They all protect their noggin with an LS2 helmet.

Somewhat of an unknown helmet brand among the successful industry giants like Shoei, Arai and AGV, the story of the young but remarkably successful LS2 brand is one of self-belief and determination, and it’s one worth telling. Twenty-six years ago, in a small house in rural China, a bloke by the name of Arthur Liao scraped together the equivalent of about five hundred bucks and began producing helmets. It was a modest operation called Xiqing Plastics and, with just one employee named Peng Zheng, Liao supplied helmets to China’s domestic market.

While Xiqing Plastics was a small two-person affair in 1990 – the same year that the first episode of The Simpsons aired on TV – Arthur Liao’s vision was something much much bigger. Because right now, Arthur Liao’s helmet business produces over one billion helmets each year with two million of those exported around the world to global markets.

But success doesn’t just happen and Arthur made a few important and strategic decisions during those 25 years to ensure his business kept up with a rapidly changing marketplace, and one of those decisions was a brand called LS2. A decade before LS2 existed, Arthur had invested heavily in up-to-date manufacturing processes and equipment and wanted to produce helmets under licence for established global brands, not just for the very large, but by its very nature, restricted Chinese domestic market. To do this successfully, he recognised he needed a global name to match his global aspirations and changed his trademark from the-then Fengxing to the-now MHR. It worked, and the business grew at rate Arthur and his brother Stephen, who joined the company in 1992, could no longer manage alone, and so the pair’s other brother Paul joined the fray and MHR became the family-run business it remains today. Come 2007, a year before the global economy buckled into its well-documented crisis, the visionary trio decided that producing helmets for other companies had its limitations and so the decision was made to launch their very own helmet brand destined for the competitive global marketplace. And so, with the same commitment that Arthur Liao had 17 years earlier, a head office was set-up in Barcelona in Spain in a bid to shake the made-in-China stigma, and using an abbreviation of Liao’s Systems as inspiration for the name, the LS2 helmet brand made its global debut at the 2007 EICMA motorcycle expo in Milan. 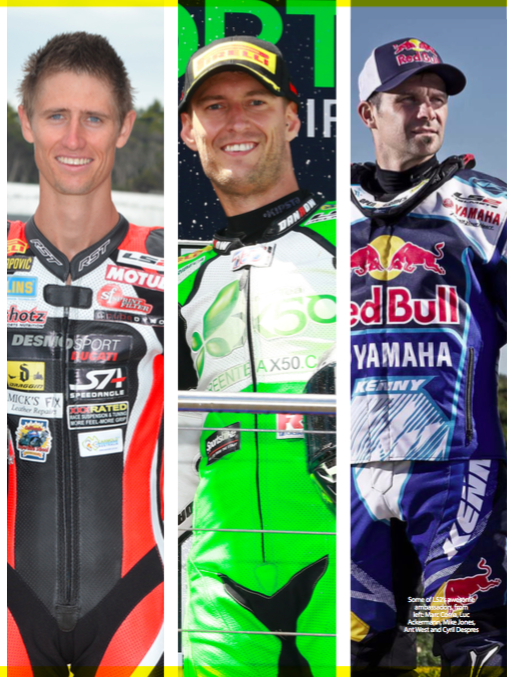 As the rest of the manufacturing world wheezed its way through the 2008 Global Financial Crisis and the years that followed, LS2 helmets seemingly flourished. It recorded 100 per cent growth in 2009 compared to the year previous and a new Spanish-based 80,000 square-foot headquarters was acquired to keep up with demand. A warehouse in Chicago, Illinois, was added to handle American and Canadian distribution in 2010 and by 2012, just five years after Arthur stood on his stall in one of the many exhibition halls of the EICMA expo in Milan, LS2 helmets became the number-one selling brand in Europe.

Two thousand and twelve was also the year LS2 was introduced into the Australian market and, while Aussie distributor Monza Imports is remaining tight lipped on the take-up rate in terms of actual numbers, it’s citing a 30 per cent growth rate year-on-year since its launch. Either way, there’s no doubt the Australian market has contributed to the brand’s success and come 2014, Liao had recorded a global sales figure of one million LS2-branded motorcycle helmets in 12 months.

For a brand to be able go from none to one million units in seven years, and weather the GFC in the process, is a pretty incredible achievement. The fact such a young, relatively unproven brand was able to convince the likes of Dakar campaigners Marc Coma and Cyril Despres that its product was up to arguably the toughest challenge on earth is also an incredible achievement. But for me, the most incredible of all, which speaks volumes for the culture of Liao’s company and how it goes about producing its products, is the fact that Arthur Liao’s very first employee Peng Zheng in that tiny house in rural China where it all began, still works for Arthur and his brothers today.