Powerful, superbike-engined naked bikes are a growing market. So are retro-styled machines. So why not mix the two? That’s Honda’s thinking with the Neo Sports Café.

This is the concept bike version, but in just two weeks’ time the production model derived from it will take a bow at the EICMA show in Milan. It will look near-identical to this concept, just with slightly less crazy lights and the addition of mirrors, a larger exhaust and a rear licence plate hanger.

Honda’s giving nothing away, spec-wise, but the engine is clearly a derivative of the current CB1000R’s inline four. That, in turn, was based on the 2004 CBR1000RR FireBlade engine. Even detuned and reworked to meet the latest emissions limits, it should still be a potent unit, if not quite in the crazy league of rivals like BMW’s S1000R, Yamaha’s MT-10 and KTM’s 1290 Super Duke R.

But while those rivals, and others like Suzuki’s GSX-S1000, use sharp-edged, futuristic styling to grab your attention, Honda has opted for a neo-retro approach. It’s not a retro bike as such, but the cues from the past are clearly visible in the shapes and materials on display. If the production version manages to retain the feeling of the concept, it will be a triumph (with a small T) on the design front.

Look out for the final version, and all the details, after its launch on 6 November. 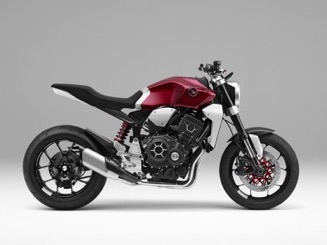 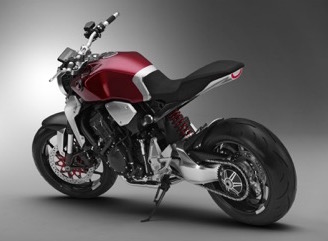 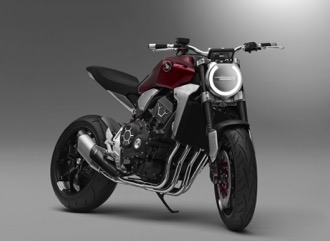 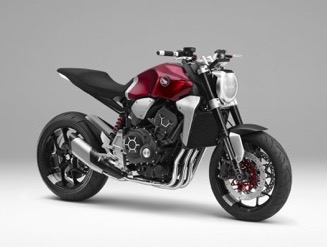