Honda has officially taken the wraps off its 2018 Honda Gold Wing and it’s just as high-tech as anyone might have hoped.

The official specs and details of the bike largely confirm the leaks we’d already been privy to. As expected, the engine capacity is up by just 1cc, to 1833cc, but that belies the depth of the upgrades. The new engine is physically smaller than the old one but has twice as many valves – it’s now a four-valve-per-cylinder motor with Honda’s Unicam system allowing it to have just one camshaft per bank.

Power is 93kW, as revealed before by AMCN after we saw documents revealing some of the bike’s specifications.

The new engine is fitted to two distinct models. The base Gold Wing name now applies to the ‘bagger’ version of the bike, with no top-box, that replaces the F6B. The full-dress tourer is now called Gold Wing Tour.

There’s also the option of Honda’s DCT transmission. Initially it will be offered only on the ‘Tour’, as part of a package that also adds Honda’s unique airbag system to the bike. However, the press pictures clearly show the lighter Gold Wing with no clutch lever, so DCT versions of that bike must be on the way. The documents seen by AMCN some time ago also confirmed DCT would be an option on both models.

On the new Wing, DCT is far more than just an automated gearbox. Where the manual bike has six speeds, the DCT version gets seven forward gears and a reverse. It also gains a ‘Walking Mode’ that allows it to move forwards at 1.8km/h or backwards at 1.2km/h at the touch of a button on the bars. It’s intended to help with parking the behemoth. Other DCT-only tech includes an engine start-stop system that cuts the motor if you stop for more than three seconds and lets it spring back to life as soon as you twist the throttle. To achieve this, Honda has added a special generator/starter motor system to the DCT version.

The tech doesn’t stop at the transmission. There’s electronic damping adjustment on both the conventional rear suspension and the radical, DuoLever-style Hossack front end. The damping adjusts along with engine modes into Tour, Sport, Econ or Rain settings. 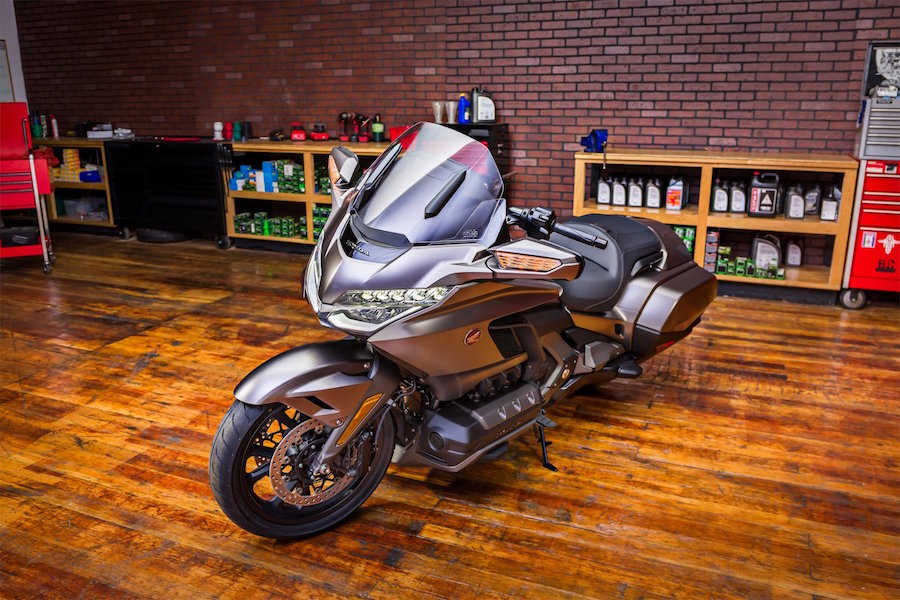 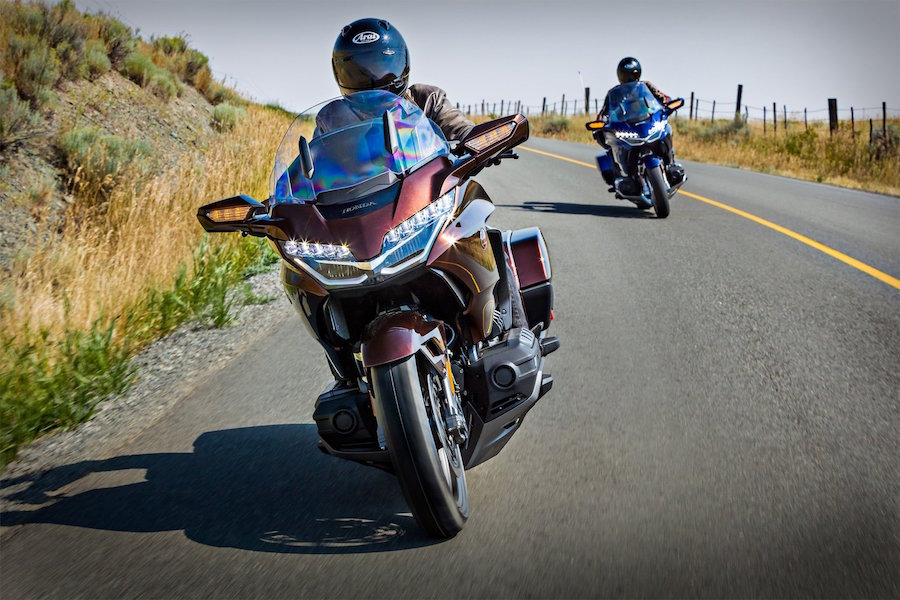 Despite all this, the new Gold Wing models are smaller and up to 48kg lighter than their predecessors. The Gold Wing’s kerb weight is 365kg, the Tour is 379kg and the Tour with DCT/Airbag is 383kg. 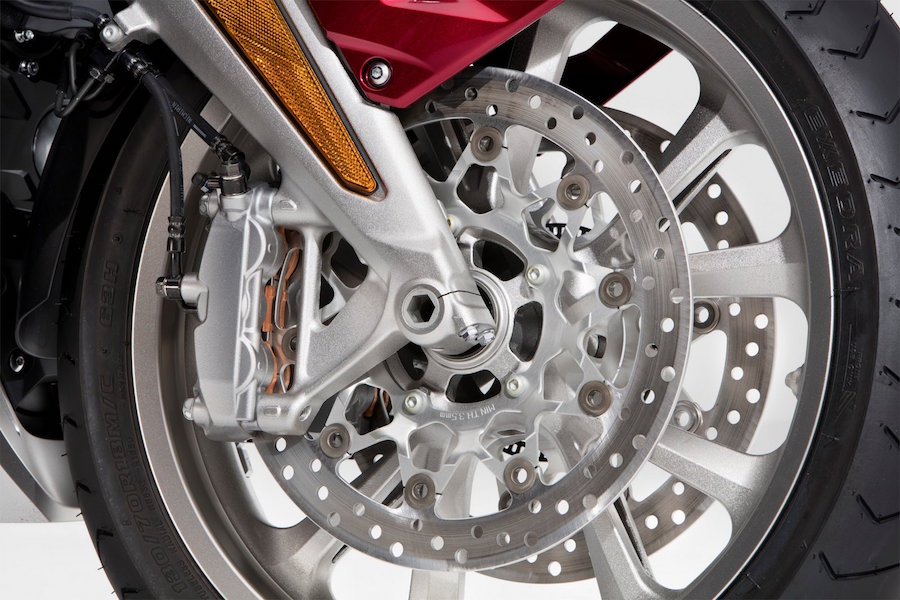 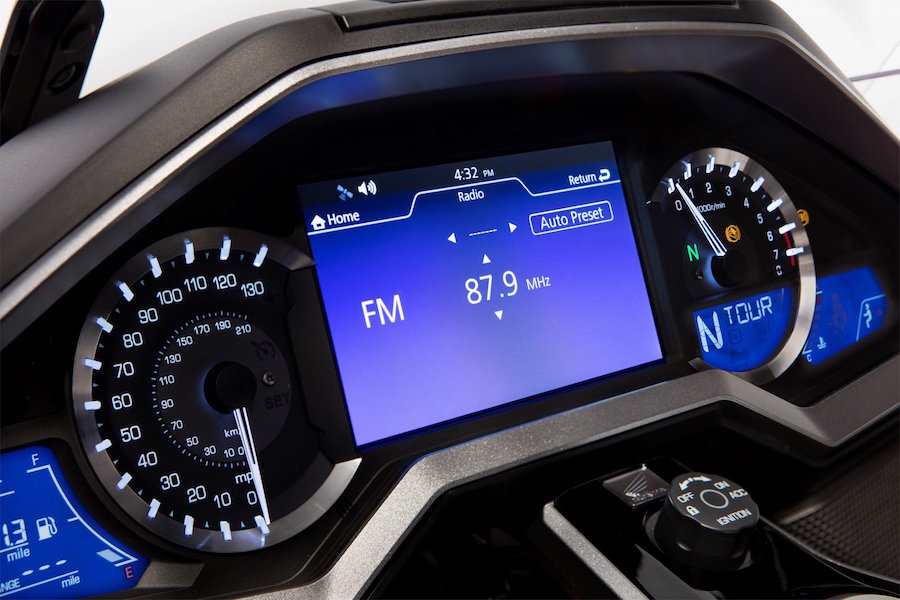 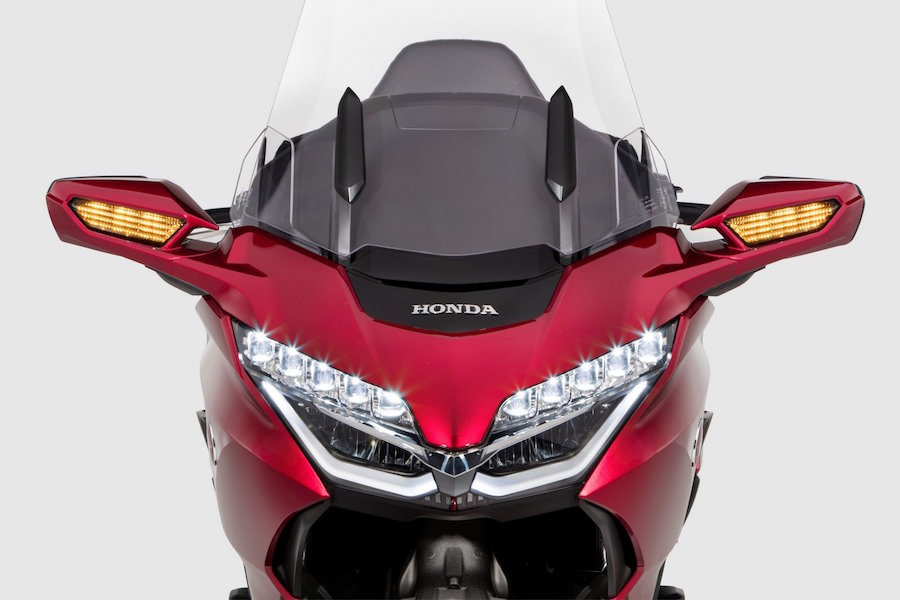 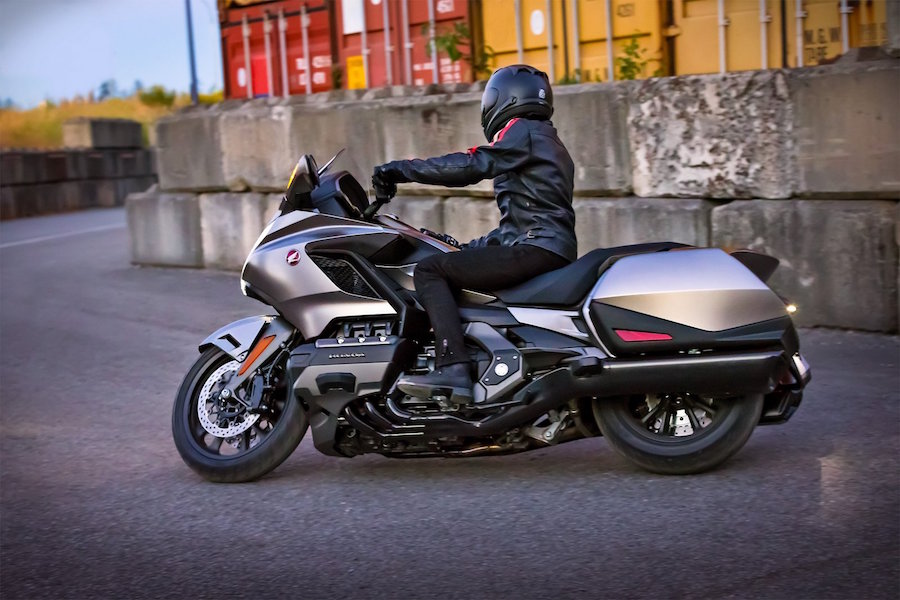