Honda has announced a massive five trillion yen investment in R&D over the next six years as the company pivots to electric power and doubles-down on rider and driver aid technology with the ambition of ending all road fatalities for users of its products.

The firm says that 100% of the cars it sells in most markets will be electric by 2040, with shorter-term targets of 40% electrification by 2030 and 80% by 2035. While the firm hasn’t made similar promises about its motorcycle output, Honda intends to be completely carbon neutral by 2050 and promises at least three consumer-focussed electric motorcycle models by 2024.

The first three machines seem set to be two scooters – one a 50cc-equivalent model, the other a 125cc-class machine – as well as one 125-class motorcycle. However, Honda also says that it will introduce electric motorcycles in what it calls the ‘fun’ class, showing the silhouette of a sports-style bike.

At the moment, Honda already makes commercial electric bikes aimed at business use, including the Benly-e and the three-wheeled Gyro-e and Gyro Canopy-e models. The PCX Electric scooter is also being made in small numbers for lease in some Asian markets. All those models are based on Honda’s swappable battery technology, which has recently formed the basis of the new battery swap standard that’s been agreed by Honda, Yamaha, Kawasaki and Suzuki in Japan. Another consortium including Honda, Yamaha, Piaggio and KTM is also expected to agree on the same technology, and Honda says it plans to introduce a large number of battery swap stations to support the vehicles.

The company’s ambitious ideas on accident reduction are based on the expansion of driver assistance systems. The firm intends to make ADAS – advanced driver assistance systems – standard on all its new car models by 2030 and is working towards ‘level 3’ autonomous vehicles, which are able to drive themselves in most circumstances with the human driver merely taking a supervisory role. The firm’s latest Legend luxury car is being offered in small numbers in Japan with level 3 autonomy now, the first production model in the world to achieve that goal.

The firm says it will ‘strive for zero traffic fatalities involving Honda motorcycles and automobiles globally by 2050’. Given the fact that cars and bikes being sold today will still be in use at that time, it’s surely an impossible goal, but with ADAS featuring on all Honda cars made from 2030 and development underway to put similar technology on the firm’s bikes, Honda may be able to come close to achieving its aim.

The five trillion yen R&D investment – that’s 60 billion Australian dollars – will come over the next six years, with Honda President and Representative Director Toshihiro Mibe promising that investment won’t be affected by fluctuations in sales revenues. Given Honda’s impressive achievements in car and motorcycle technology even without that level of funding, it’s a warning shot to rivals and a guarantee that we can expect some spectacular new machines from the company in the next few years. 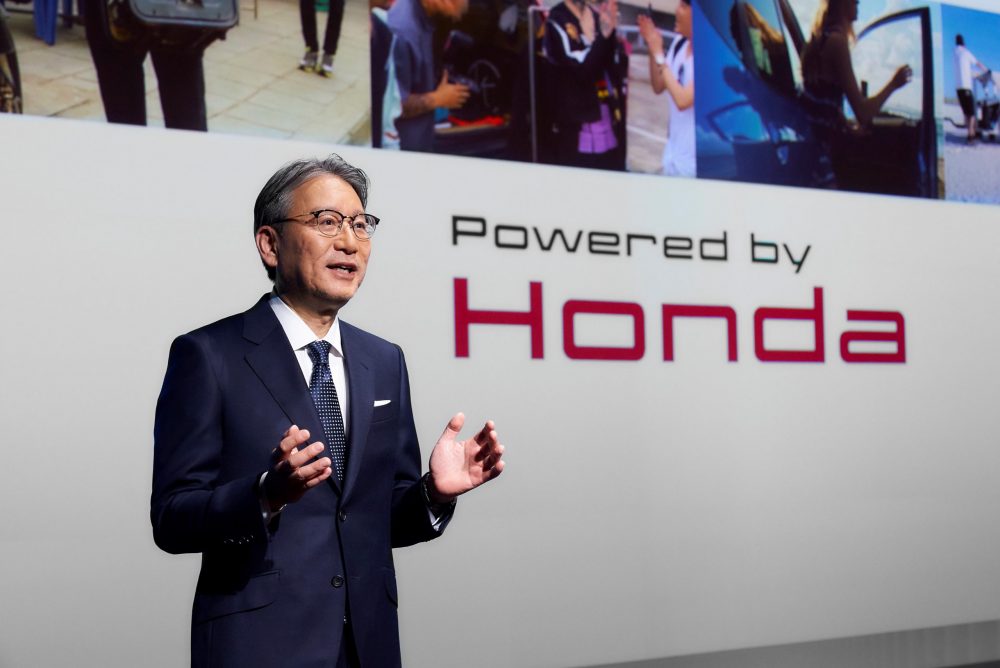