The first official image of CFMoto’s new 800MT has been released – showing the KTM-based adventure bike in its final form and confirming that earlier leaked pictures were accurate.

The Chinese-made model is the clearest illustration yet of the growing ties between CFMoto and KTM. CFMoto already manufactures engines and complete bikes for the Austrian firm, and the 800MT is effectively a reworked version of the 790 Adventure, sharing the same chassis and 799cc LC8c engine, making 70Kw according to official documents.

With a more road-oriented style than KTM’s Adventure models, the 800MT doesn’t use the low-slung, side-mounted fuel tanks of the KTM it’s based on, instead featuring a conventional tank position. It also gets a new swingarm, specifically designed for the 800MT. 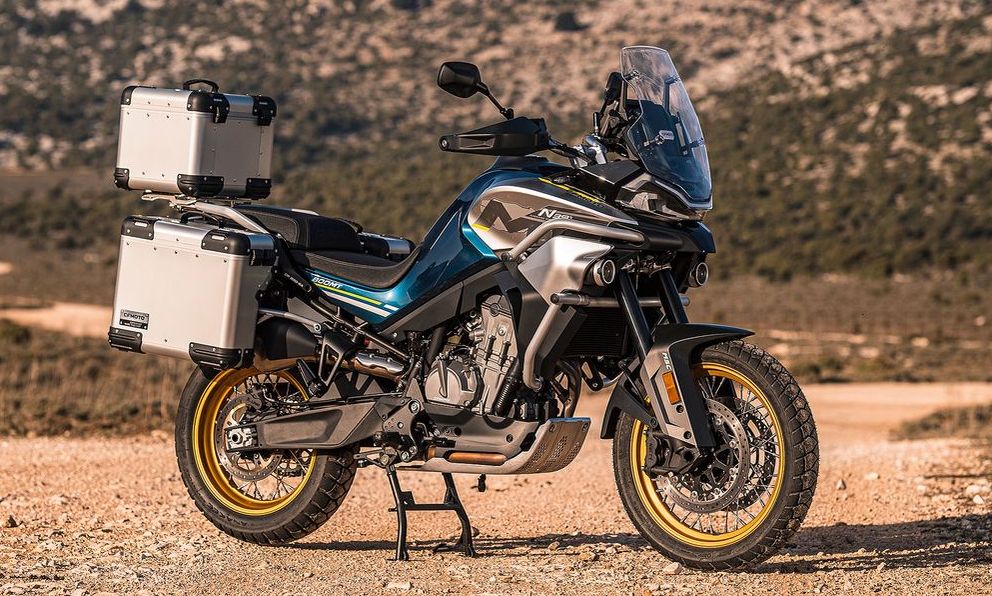 Despite the official image, we’re still waiting on details of the bike from CFMoto, so it’s not clear yet which markets it will be sold in or how it will be priced in relation to its rivals.

Simultaneously, the first image has emerged of a stripped-back derivative of CFMoto’s 1250TR touring bike. The firm’s most ambitious bike yet, the 1250TR was unveiled last year, first in police form and then as a fully-dressed civilian tourer. The new derivative, leaked via Chinese type-approval documents, loses the top box of the first model to give a slightly sleeker style. The documents also give the first indication of the civilian model’s weight – 304kg ready-to-ride – and reveal that the top speed is limited to 220km/h, where the original police model was capable of 240km/h. Power comes from a 105kW, 1279cc V-twin derived from KTM’s LC8 engine that’s been developed specifically for CFMoto and is sure to appear in more models in years to come.

Another new Chinese type-approval document gives the first look at the CFMoto-made version of KTM’s 790 Duke, which goes under the internal name ‘CF800-8’. It’s identical to the Austrian-made version, with the same 77kW performance and 187kg weight, but will be rolling out of CFMoto’s Chinese factory in 2021. 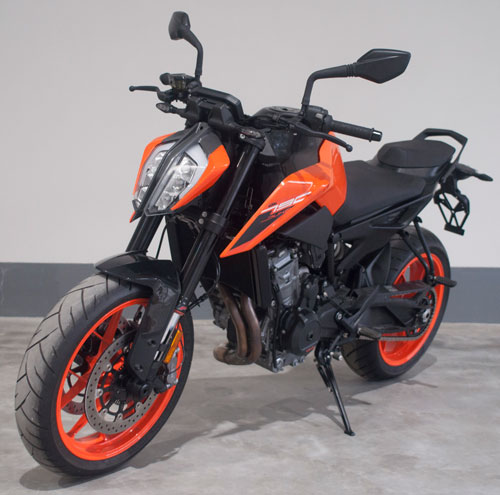 Finally, yet another type-approval reveals more details of CFMoto’s upcoming electric bike, the 300GT-E. Initially seen in police form – the bike has been designed specifically to suit a tender for a new electric cop motorcycle for city use – the 300GT-E is also expected to appear as a civilian model in the months to come. The firm showed the machine last year, but the new document reveals technical details including the power and weight. The former is listed as 10.5kW, which is significantly less than the 18kW that the firm claimed last year, but that’s likely to be a result of measurement differences rather than an actual revision in performance. Electric motors are often rated for ‘continuous’ power for type-approval purposes, a number that’s much lower than the ‘peak’ figure that can be sustained for short periods and is more comparable to the numbers from petrol engines. The top speed – 120km/h – matches CFMoto’s claims last year, and the document confirms that the bike’s weight is 225kg ready to ride. 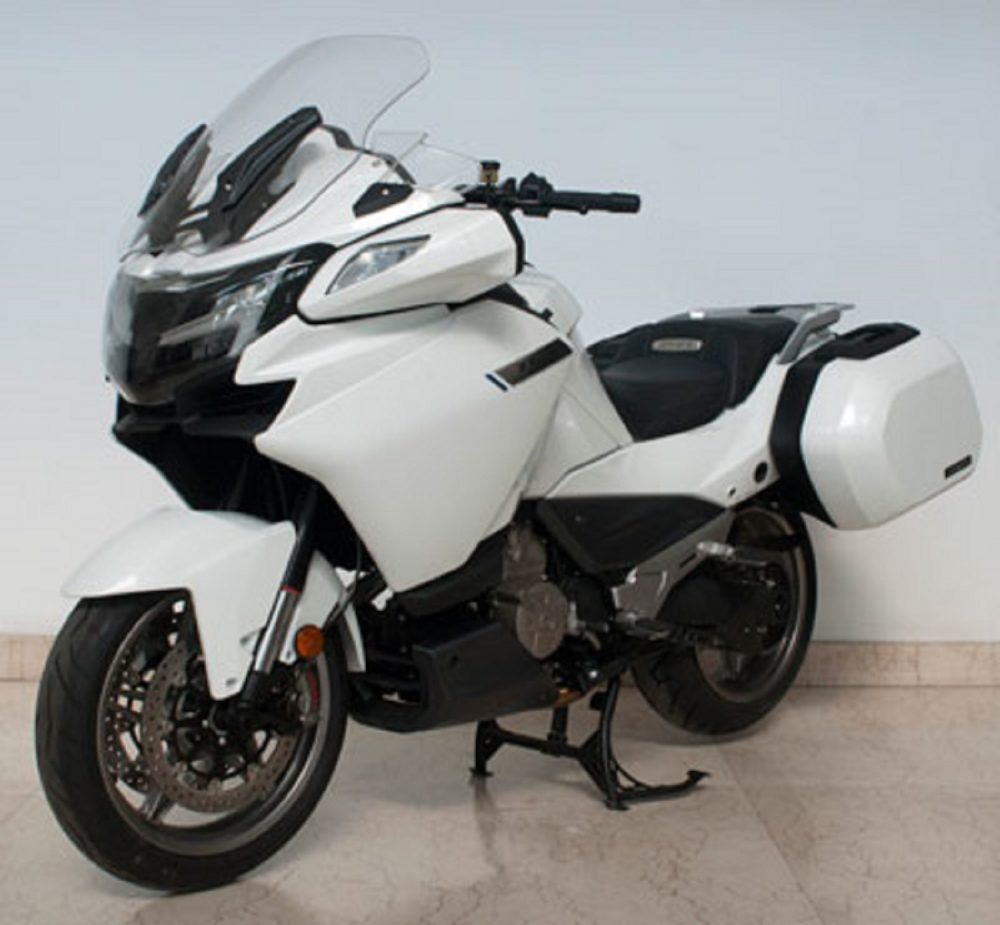