The 2019 Super Duke GT is even more fun to ride than before. It’s sharper, stronger and more refined in every way – a fact underlined by the outgoing 2018 GT which my riding companion Luke Brackenbury, KTM’s PR Manager, had brought along to compare and contrast with the new bike. Swapping back and forth between the two was pretty educational – I’d never have thought that the outgoing model would seem quite so dated, having itself set new sector standards on its 2015 release. Here’s why. Part of it is visual, just looking at the two bikes side by side as you walk towards them, it’s evident that the new model’s heavily facelifted styling by Kiska Design has given it more presence, as well as a greater sense of substance.

The new, more shapely screen is also quite a bit more protective at speed than the older one, and is safely adjustable one-handed on the go through nine different positions over a range of 50mm. And despite the extra protection it gives when raised to the max on fast stretches, it doesn’t drum at higher speeds. Cruising at 160km/h with the V-twin engine running at 6500rpm was surprisingly relaxing for a neo-naked sports tourer, with excellent protection, very little residual windblast, and no excessive noise. The 2019 GT’s redesigned front end also features wider and more protective side pods to the unchanged 23-litre fuel tank – five litres bigger than the R-model’s 18-litre affair. These now contain a new pair of storage compartments to hold stuff like freeway toll passes and credit cards to pay them, quite apart from the key for the bike which for the first time on a KTM now features the keyless remote system. You now don’t even need a key to unlock the fuel tank when refuelling, meaning that on this new bike you end up basically using the key only for the lockable panniers. There’s also a USB socket in the left-hand compartment to recharge your phone, but no room for anything larger.

The facelift also features a new and quite distinctive looking LED headlight, comprising six forward-facing ultra-bright LEDs within the central aluminium housing. Further LEDs deliver the daytime running lights incorporating self-cancelling indicators, and the three-stage lean angle specific LED cornering lights mounted within the tank spoilers. These are linked to the Keihin ECU’s lean-angle sensor, and increase in intensity the further you lean, directing light into the apex of a turn in a way that’s even helpful during the day as you negotiate dark forested sections of road. The TFT dash also switches into its very distinctive night mode in such conditions. 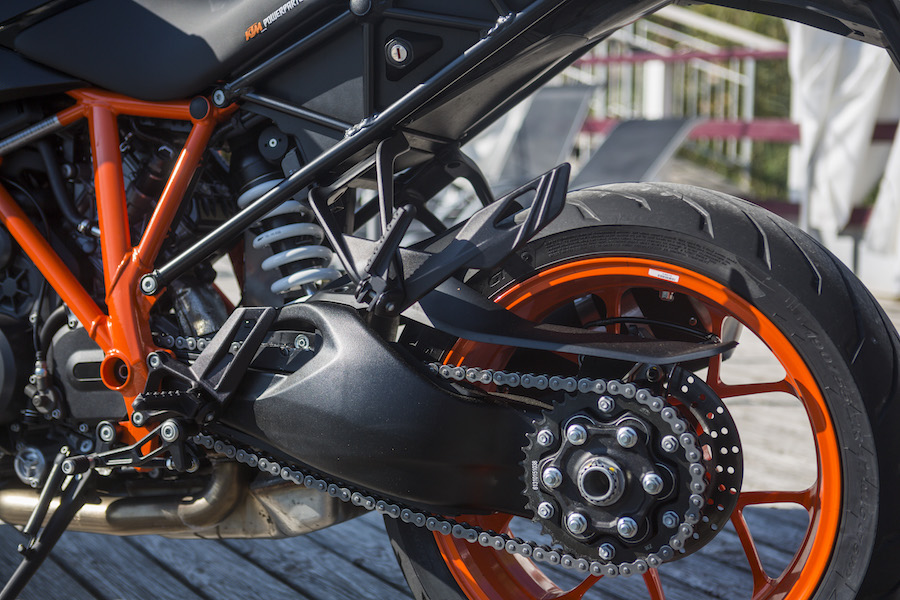 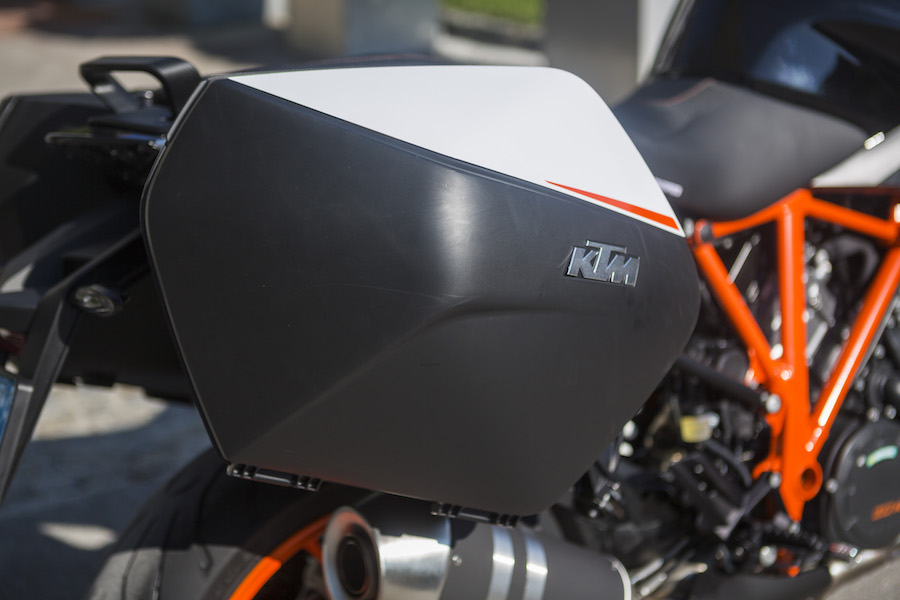 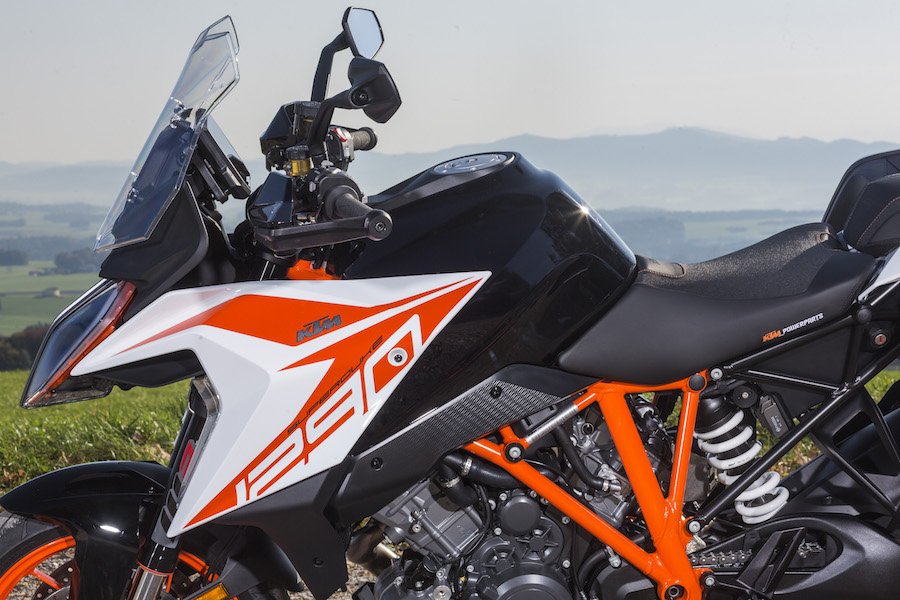 As before, the GT shares the same orange-painted tubular steel trellis frame as the Super Duke R – there’s a choice of just two bodywork colours, the white/orange livery of the test bike, and a black/orange variant –  and while retaining the same geometry with a 24.9º head angle and 107mm of trail matched to a 1482mm wheelbase, there’s a longer, stronger rear subframe versus the R-version to give the passenger extra space and thus greater long-distance comfort via lower footrests. This also facilitates fitting the specially-designed hard panniers that, like the current model, will be offered as an optional extra. The 2-1 exhaust’s right-side silencer is also mounted lower down to make room for these.

Read the full story in the current issue of AMCN magazine, Vol 68 No 11 on sale now