We all know how hard it is to manoeuvre a large bike within the confined areas of a cluttered garage or storeroom, but a mob called Dynamoto has created a pair of stands which allows you to move a motorcycle in any direction at any time.

The cleverly designed use multi-directional wheels which are impossible to misalign. Unlike a shopping trolley that has a single wheel at each corner that can swing independently and rather unpredictably, the Dynamoto wheels are mounted so the big centrepiece of the wheel can move forwards and backwards in the conventional manner, but instead of having tyres, the tread is made up of a bunch of small rollers that spin across the opposite axis. This allows a bike to manoeuvre in any direction, you can spin your bike around on a dime, literally, and all with the feeling of weightlessness. 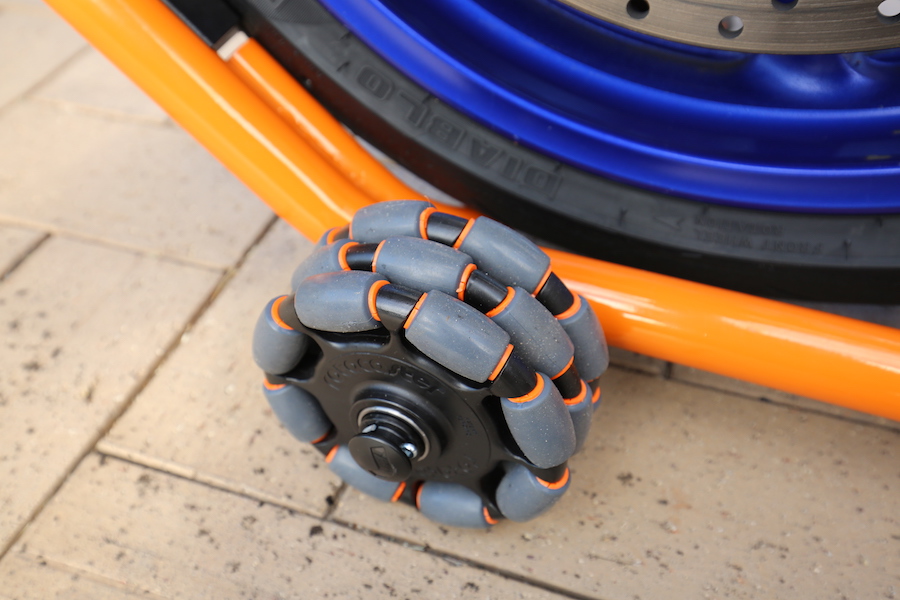 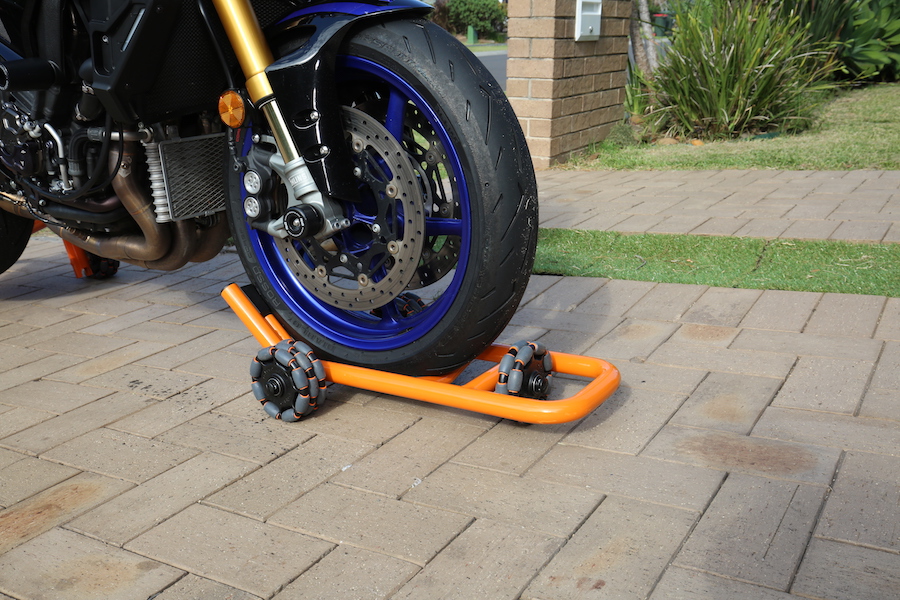 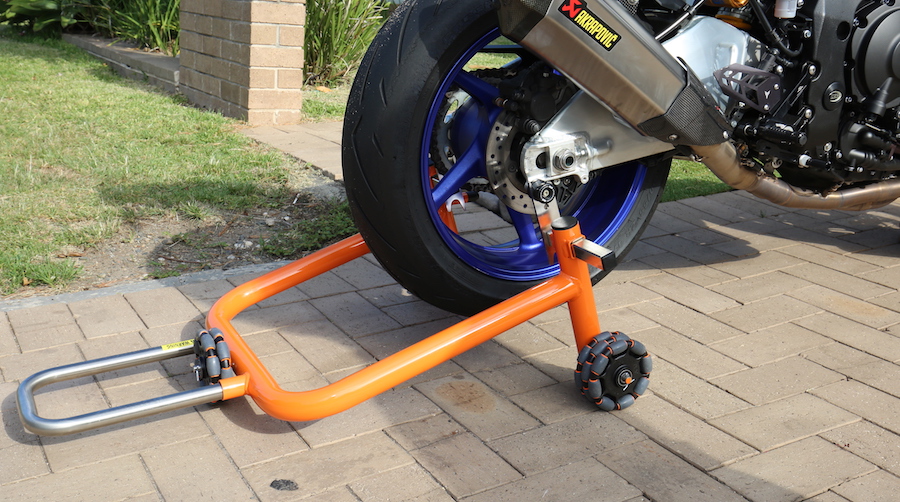 The kit is delivered mostly pre-assembled, besides a few bits and pieces such as the wheels and adapters to fit your bike. Assembly took me about five minutes, and my first test run revealed the advantages over more conventional race bike stands are many. A bike becomes unmovable on normal stands, not a natural state for a motorcycle.

We will be putting the Dynamoto stands to good use over the next few months, so keep an eye out for a full and in-depth review in an upcoming issue. In the meantime head to amcn.com.au to see the our video of the innovative design in action.

Available for most modern machines