Chaz Davies (Aruba.it Racing – Ducati) secured another win in the WorldSBK championship after he elected to fit intermediate tyres at the start of a wet race.

With the sun drying the track he was one of a few riders who elected to use anything but full wets. Down the order at the start, Davies clawed back as the track conditions improved and finally moved ahead of those riders who had gone with rain tyre choices with ease, winning by almost ten seconds.

Sykes had changed tyres at the same time as his team-mate Jonathan Rea (Kawasaki Racing Team) and pushed hardest afterwards to almost catch VDM, and end up eight seconds up on Rea.

Fifth place behind Rea went to Lorenzo Savadori (IodaRacing Team Aprilia) who had been in a podium position at one stage.

Leon Camier (MV Agusta Reparto Corse) had led much of the race, passing the Kawasaki pairing of Sykes and Rea early on, but had to drop back as his wets got too hot, finishing seventh in a race that changed character from first to last.

In the championship, the weather and race result shook things up, with Rea on 406 points, Sykes moved a little closer to him on 362 and Davies now has 86. 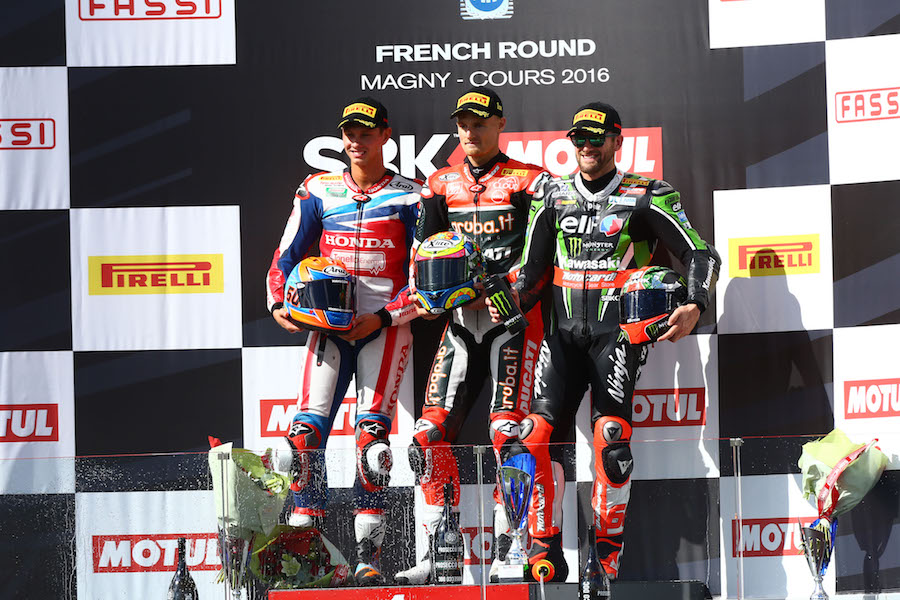 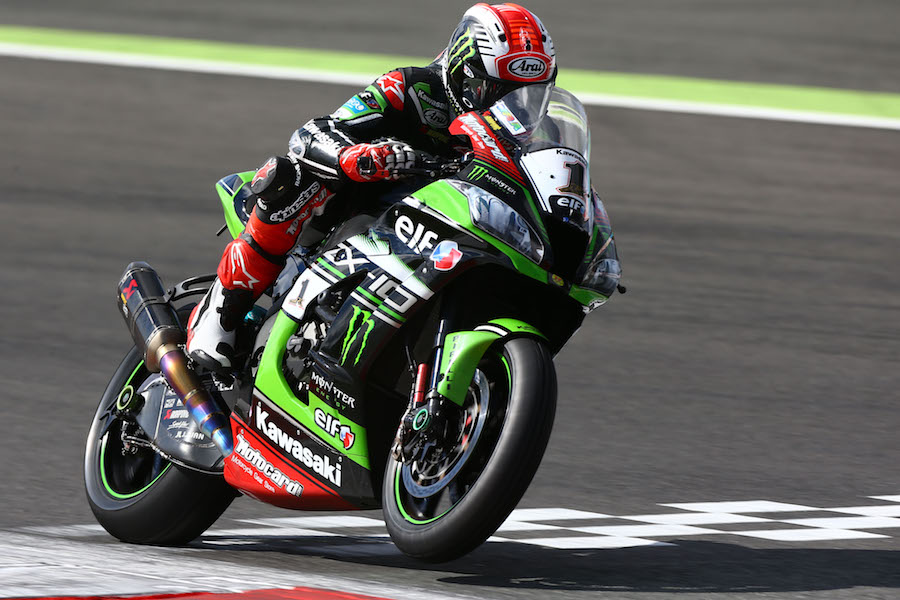 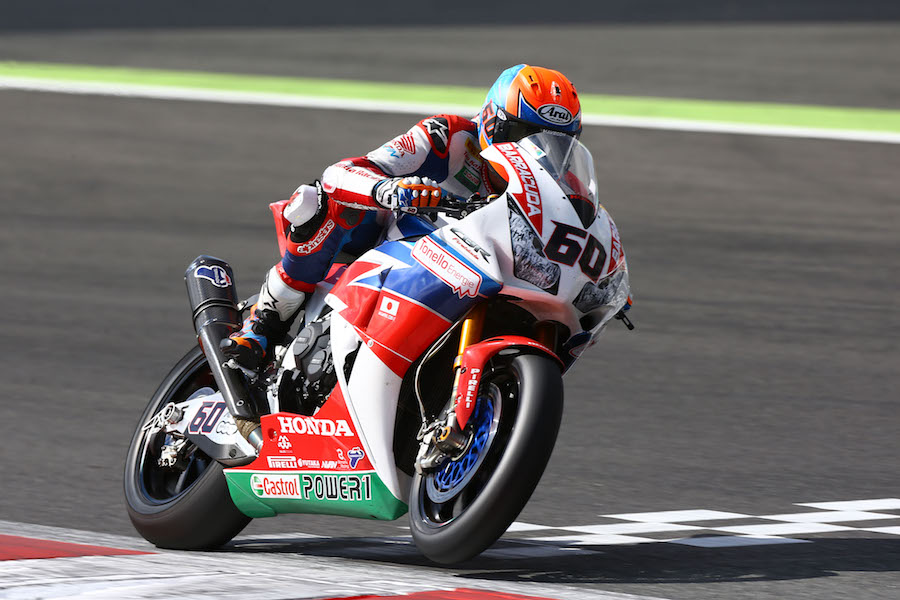 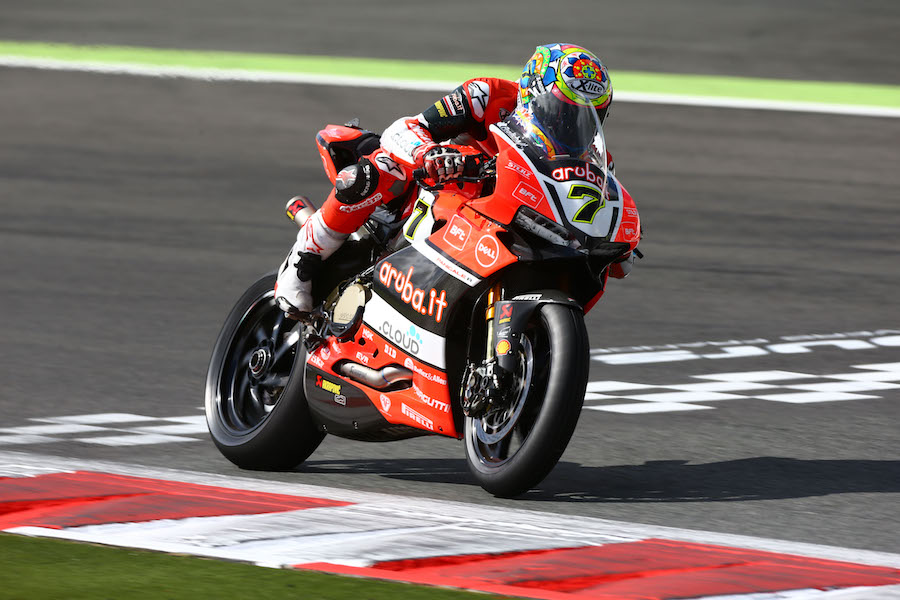