It’s not the major overhaul some were expecting, but the electronic changes to the 2020 YZF-R1 are positive and purposeful

Striving to reach new heights should always be the goal and no matter how good something already is, there is always room for improvement. In the ever-changing world of motorcycling the goal isn’t always more power, better brakes and sharper handling; improvements can come in many forms.

Yamaha’s flagship YZF-R1 has always been a big hitter and for over 20 years its presence has been at the cutting edge. By Yamaha’s own admission, the 2020 R1 isn’t a major model upgrade, but make no mistake, it’s not just a few new stickers and a different lick of paint setting this year’s model apart from its predecessor. The industry is at a significant turning point where outright power and torque figures are no longer the first thing a would-be owner is looking for. We are in a digital age and it’s the team behind the ones and zeros that are making vast improvements to these machines in order to match the brute force of the engine and handling prowess that the engineers are delivering.

The R1 is a real rider’s machine; looking every bit Michael van der Mark’s racebike and with that ultra-distinctive exhaust note – it’s unmistakable. The test was held at Sydney Motorsport Park with both the Standard-version R1 and the fully optioned R1M at my disposal, and there’s really no other place than a GP-style circuit to test these things to their full abilities.

In terms of upgrades, the engine features a new cylinder head, revised intake system, improved engine oiling, bearing design, modified water galleries for better cooling and relocated injector placement. There are changes to the fairings which result in a claimed substantial reduction in wind drag, and the braking system sees the unified braking system scrapped and a few more grams saved thanks to a new ABS unit. 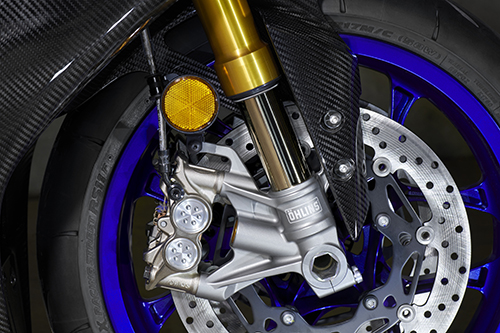 But it’s the ECU that received inspired design focus. And so while the R1 has had a ride-by-wire system since as far back at 2007, until now the throttle still moved cables which, in turn, actuated the sensors. The 2020 model, however, employs a magnet sensor at the throttle grip, which sends a signal to the throttle activator for a true ride-by-wire setup. The update also sees the addition of adjustable engine braking, with three switchable settings available to suit the rider or conditions. While these changes may not be felt while riding the R1 in everyday conditions, the revisions feature critical elements that aid high performance efficiency. 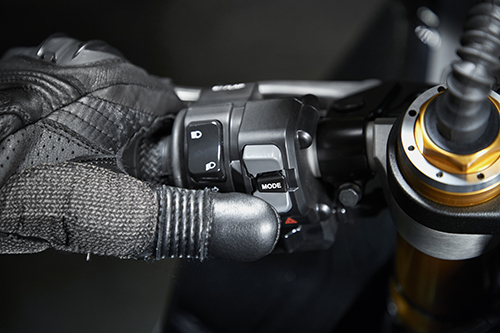 The R1M is a step up again which screams desire in both tech and styling. The M received the same upgrades as the stock version but also features electronically controlled Öhlins suspension, wireless connectivity to the ECU, lashings of carbon fibre and a polished tank and swingarm to close the deal.

On paper both models are impressive and walking up to even the standard model is intimidating, sparking the same kind of nervousness you feel when you’re about to ask your boss for a pay rise. But the outcome is already predetermined – you know it’s going to be good.

Even just rolling out of pit lane is impressive, immediately feeling that it’s light, nibble and fast. And when you look down and read 300km/h on the digital speedo over the strike after just a couple of laps, proves how easy it is to ride. The thing takes almost no getting used to. 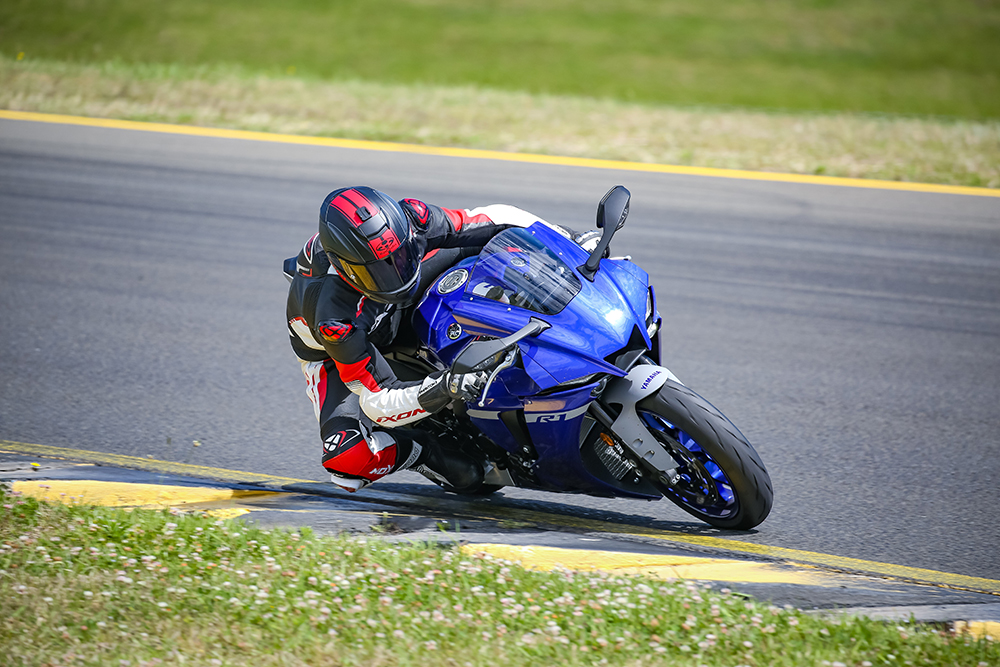 Like many manufacturers these days, Yamaha has paid some attention to the bike’s aerodynamics with a new screen and revised fairings, and the new model is said to cut through the air five percent more effectively than its predecessor. The rider position is as race oriented as it could be, with weight over the tank and high footrests which forces the rider to adopt a hang-off style. The seat also has ample room for a tall rider like me to tuck right in behind the screen and fairing.

The R1’s cross-plane crankshaft has always produced fantastic engine characteristics. The firing order not only sounds unique, but the connection between throttle and power to the ground is very predictable. The 2020 engine is a peach, with an abundance of torque and linear power pretty much everywhere. The only bit where I found it lacking was at the low end of the rev range, but this was more to do with the gearing being a little tall for Sydney Motorsport Park rather than a lack of punch. The bike is brutal, with far more puff than is needed in full power mode. This is where the electronics come into play and why manufacturers have been placing such a strong emphasis on taming and controlling the output rather than making more of it. Delving deeper into how the R1 worked was just a matter of a few more laps and it’s obvious Yamaha has been hard at work to give the rider the feedback required to instil confidence. 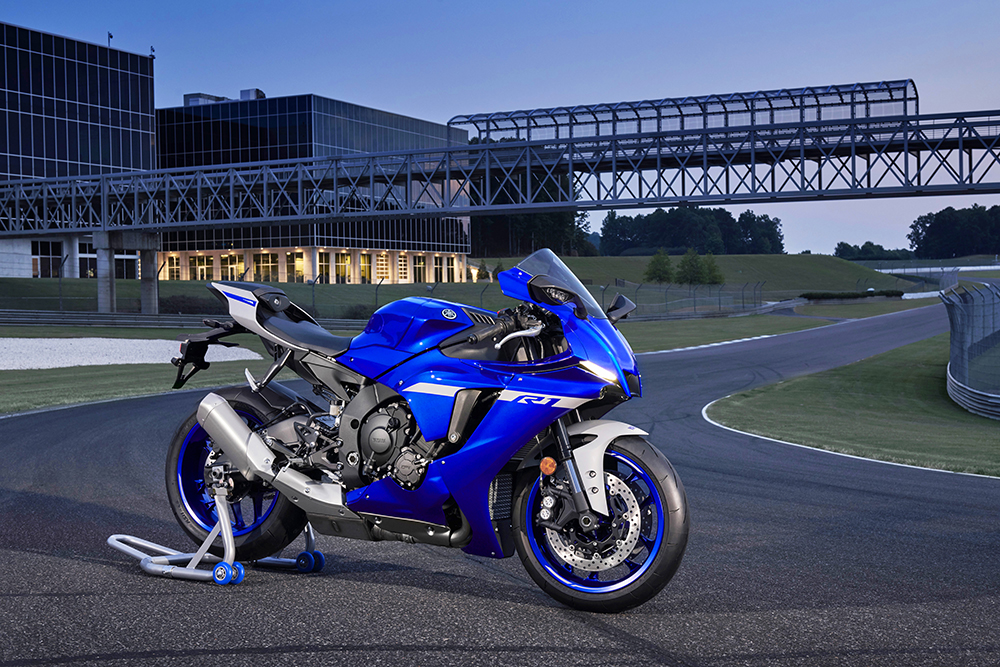 There is a real importance in delivering the precise amount of power to keep things fun but tame enough to be able to open the throttle without fear of hitting the eject button. The R1 comes with a mass of settings. The base settings ‘A’ through to ‘D’ are particularly effective, which adjusts between a range of changes including traction control to delivery of power. A is your ludicrous mode and D is more or less your wet weather mode. During this test, the R1 spent most of the day in Mode ‘C’, which is a good indication how potent the bike is. The R1’s ECU has an extensive range of control and the SMP circuit tests just about everything it has on offer.

Throughout the day I cycled through the settings, got an understanding of the hows and whys and learned there’s great scope for rider personalisation, and I didn’t need a degree in computer science to work it out, either. The new engine braking settings along with wheelie control were the stand outs as key adjustments. Even more impressive is how these settings are being applied without harsh inputs or cuts to the engine. In days of old, these kinds of aids were crude and clunky, but Yamaha has delivered an ECU with effective adjustability and refinement. 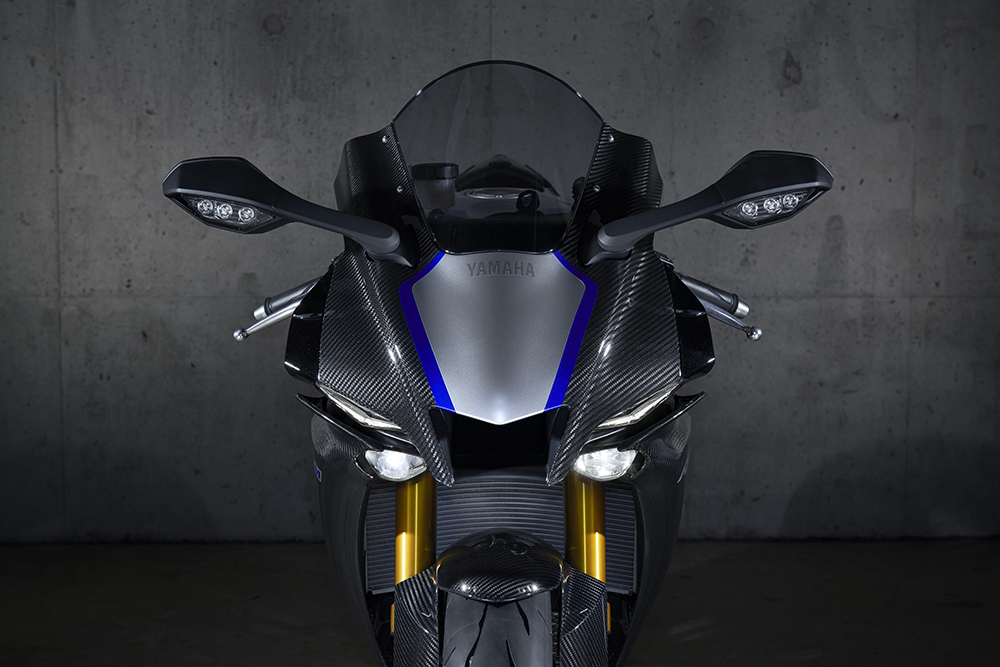 As part of the new tech package, the R1 also introduces an ABS unit which controls the sensitivity of the ABS system based on lean angle. Meaning that anti-lock safety increases its sensitivity with lean angle as the front tyre grip reduces. A nifty feature that would be particularly helpful on wet or slippery surfaces.

Blasting down the straight toward the ridiculously fast Turn One is always daunting at the ’Creek and a real test of how much confidence a rider has in a bike. It’s here where the chassis really shines. The R1 received a substantially revised internal fork setting for 2020 with a focus on improving feedback to the rider. A typical superbike should be able to brake hard, turn sharp to find the apex and get the power down for a fast exit without too much weight transfer between the forks and shock when power is turned on. 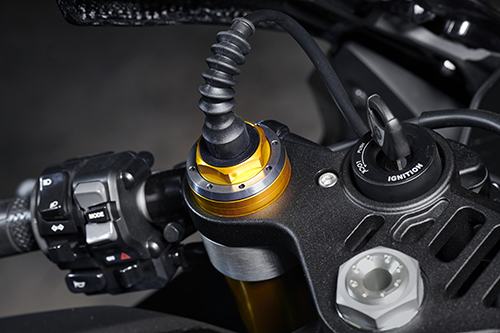 While the stock setup wasn’t perfect and lacked a little front end feel at times, and the shock was typically over sprung to accommodate a pillion, the level is so high that I am splitting hairs a bit by even mentioning that. After all, it is impossible to have a one size fits all standard set-up. The range of adjustments offer plenty of scope for what the rider needs and most importantly, the R1 didn’t do anything to trigger the old pucker reflex. 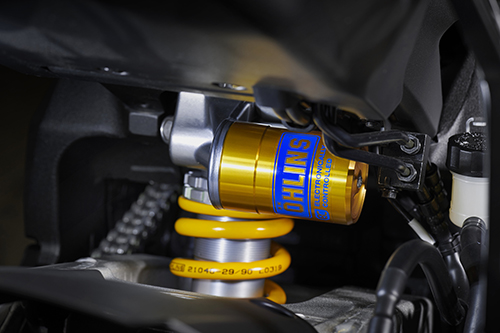 As the day progressed and my confidence increased, the standard bike continued to impress and my anticipation of jumping on the M-model was building. While Yamaha delivered the majority of changes to both models, the main difference of active suspension on the M has been given several revisions as well. The fork is completely new; it features compression and rebound adjustment via stepper motors on the adjusters and an integrated gas reservoir concealed in the bottom fork bracket. The TTX36 rear shock has been re-valved to suit the new fork. Last year’s bodywork had carbon fit-out that neglected the rear cowl, this has now been updated to include it. The M also receives a slightly wider Bridgestone rear tyre.

And because arguably the best upgrade for any bike is suspension, the 2020 M model hits the mark. The Öhlins upgrade gives that extra level of feedback from the chassis and tyres which makes the M feel a cut above – and for the extra $8510 asking price, so it should. Notably, both the fork and shock are softer than the base model, but while this setup has more weight transfer between the front and back of the bike, the superior valving and hydraulic control the Öhlins gear brings, keeps it from seesawing and eliminates shock pumping. It’s always better to have suspension control via the hydraulics rather than the spring tension, which is exactly what the R1M has in spades. The pre-programmed suspension is noticeable between setting changes and coupled with the advanced electronic package, gives the rider customisation ability. 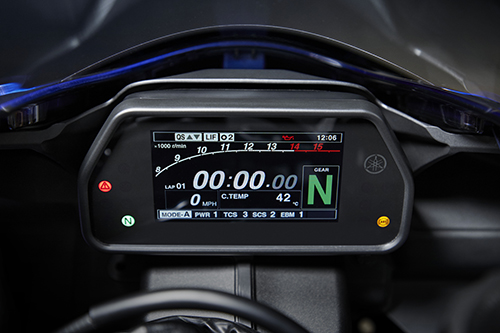 Nothing is a gimmick on this machine, gone are the days when rider aids and suspension adjustments did little more than pose the question if it was actually working. Again, the R1M wasn’t a perfect setup, but it was quickly and easily adjusted to my riding style, which is exactly how state-of-the-art gear should work.

A minor upgrade, maybe, but the small changes offer comprehensive levels of control and refinement. It’s often the subtle things that mould a package into something great. Yamaha has hit the mark with both the R1 and the R1M this year, and while there will no doubt be bigger and bolder changes in the future to keep up with the rapid advancements of production racing, the digital improvements have taken the newest version of Yamaha’s flagship to the next level. 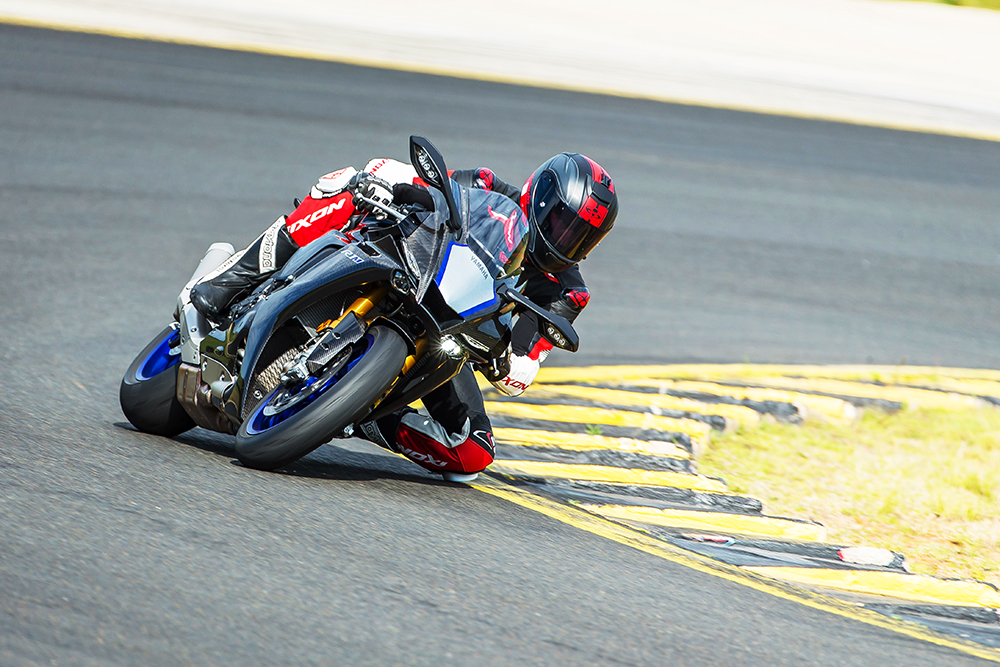