When BMW’s original flat-twin dual-sports bike, the R 80 G/S, was released in 1981 it was quite a trailblazer. Until then buyers looking for a bike that was a capable daily commuter while being up for some serious gravel and dirt-road touring on weekends were basically limited to 500cc single-cylinder thumpers.

That all changed when the BMW R 80 G/S with its 798cc flat-twin boxer engine arrived on the scene. While its size and weight made it a handful for tight dirt work, it was surprisingly capable off-road in general – as indicated by its victories in the punishing Paris-Dakar rallies. On the bitumen it came into its own as a serious touring bike capable of covering long distances more smoothly and swiftly than any 500cc single could do. Then, in 1988, taking to the next level everything it had learned from its R 80 G/S (and later R 80 GS) model experience, BMW released the R 100 GS with 980cc of engine.

With a model-run taking it into the mid-90s and given its rugged and simple engineering, a well-maintained example of an R 100 GS can still be a sensible low-budget entry into the attractive adventure-touring category.

The R 100 GS’s air-cooled, two-valve, twin-carb engine and five-speed gearbox are housed in a tubular steel twin-cradle frame. The long-travel suspension employs a 40mm Marzocchi fork up front and a Paralever single-sided swingarm (incorporating driveshaft) with adjustable monoshock at the rear. Single discs at both ends handle the braking.

The spoked wheels (17-inch rear and dirt-friendly 21-inch front) have trick alloy rims with rim-edge spokes to allow the use of tubeless tyres.

As long as you’re okay with the tallish 850mm seat height you immediately feel at home on the comfortable seat and well in charge of the bike thanks to its wide handlebars. It’s a top bike ergonomically for both rider and pillion passenger.

The torque-rock response from the along-the-frame crankshaft when you blip the throttle is a pleasant reminder that you’re on a boxer Beemer. All the controls operate easily and you soon get used to the slightly ponderous but accurate gearshift-action. 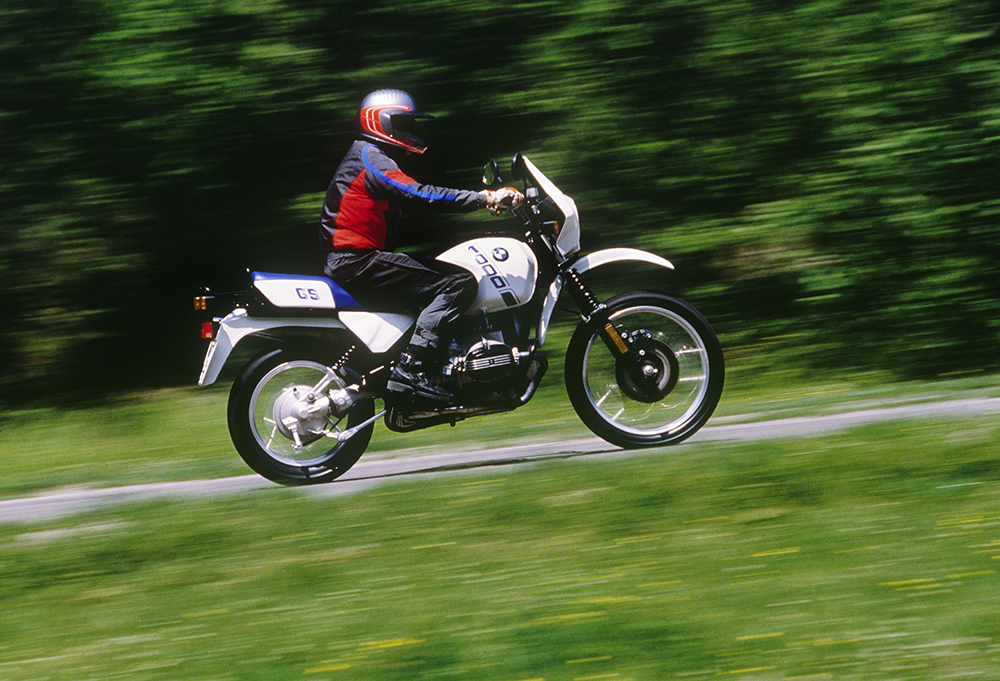 The GS feels lighter than its reasonable 207kg (dry) weight because the flat-twin engine arrangement makes for a low centre of gravity, despite the bike’s relatively high stance.

While its modest 45kW (60hp) max power means it’s no road burner, the engine’s torquey nature produces decent acceleration and gives the bike the ability to plug on manfully up hills and in and out of bends without the need for constant gear-changing.

Handling is very good, as is the feel of the bike on the road; the Paralever swingarm provides shaft-drive convenience without much shaft-drive presence. Earlier Monolever-swingarm equipped BMWs exhibited the classic shaft-drive tendency to rise or squat at the rear with changing throttle inputs. The wide handlebars largely overcome the slow-steering bias of a 21-inch front wheel on a swift run through tight mountain twisties. While the long-travel suspension can make the bike feel a little unsteady in really fast bitumen cornering, it more than compensates through its ability to soak up mid-corner potholes and irregularities.

Braking is up to the task. However, owners wanting to boost braking power could take the advice of my boxer-Beemer guru, Chris Roberts of BM Motorcycles in Ringwood, Victoria. The four-piston Brembo caliper from the left side of a K 1100 LT BMW is a straight bolt-on swap for the R 100’s standard two-piston caliper according to Chris.

The Paris-Dakar (or PD) version featuring a larger fuel tank, standard hard-panniers and upgraded protection bars and luggage rack usually attracts a higher price than the standard version, depending on condition.

While it’s not compulsory to ride your R 100 GS around the world as so many owners seem to have done, owning one can provide opportunities for a great deal of very varied riding pleasure and a happy ownership experience. The simplicity and robustness of its construction, the ready availability of spare-parts and accessories and the ease of maintenance keep the cost of GS ownership at a very affordable level. 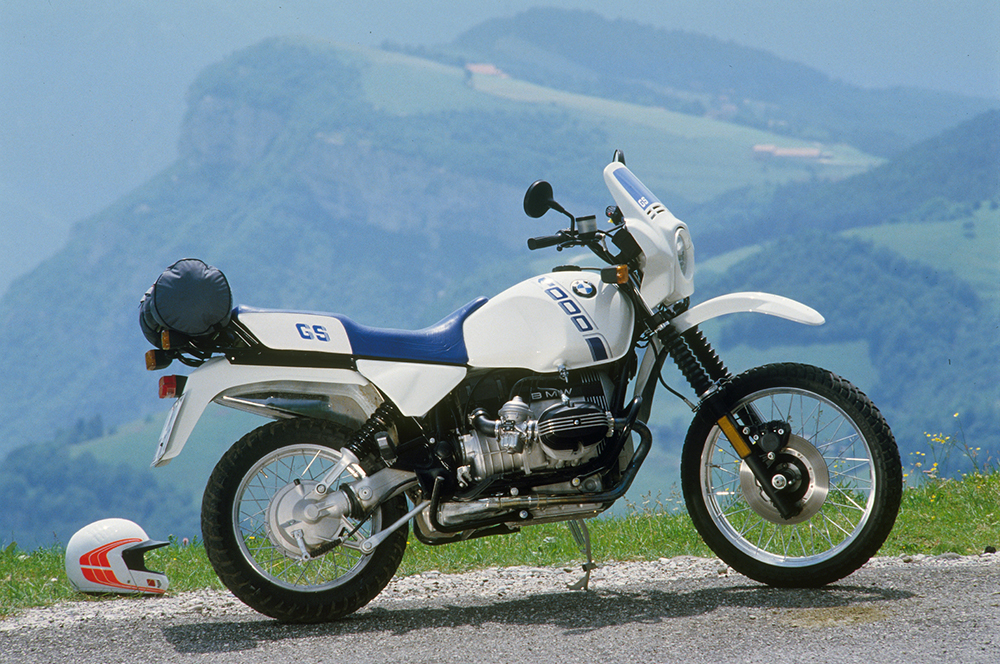 The GS is a pretty tough bike that’s largely trouble-free. However look for cracks in the sub-frame and rear shocks that have given up the ghost. If it’s a high-mileage example (over 100,000km), and many are, listen for the tell-tale rumble from gearbox bearings with the engine running in neutral. The fix – new bearings, seals and expert shimming – will cost around $1000. 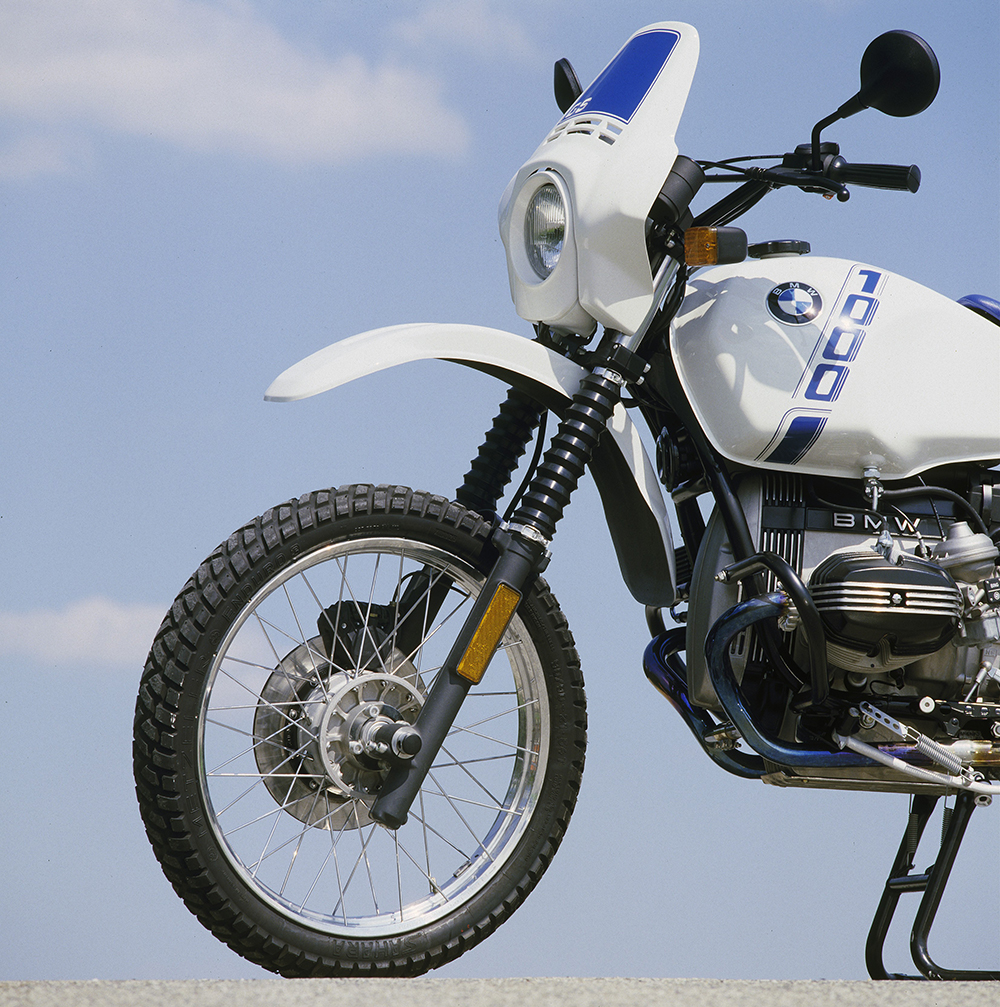 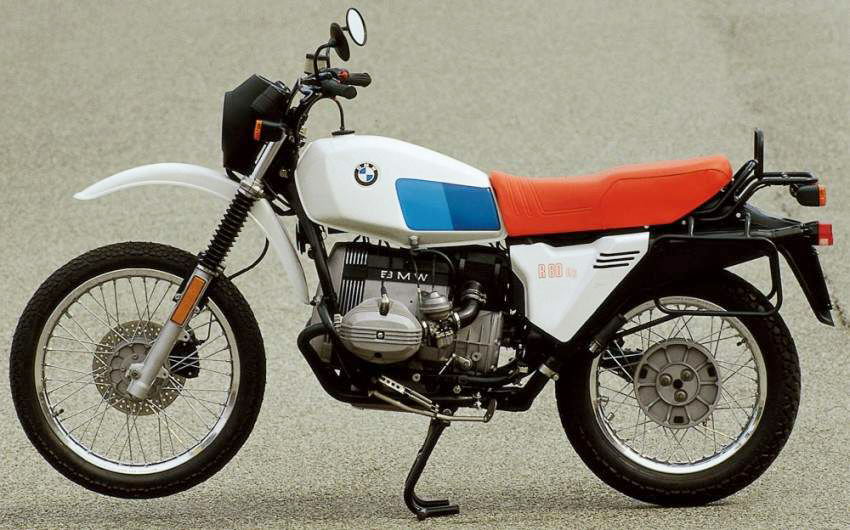 The BMW R 100 GS is an ideal bike for capable DIY owners to look after in terms of normal servicing. The air-cooled flat-twin boxer set-up means that access to spark plugs, carbs and even valve-gear is a piece of cake. It’s all out there more or less on display. The high ground clearance helps with access as well. 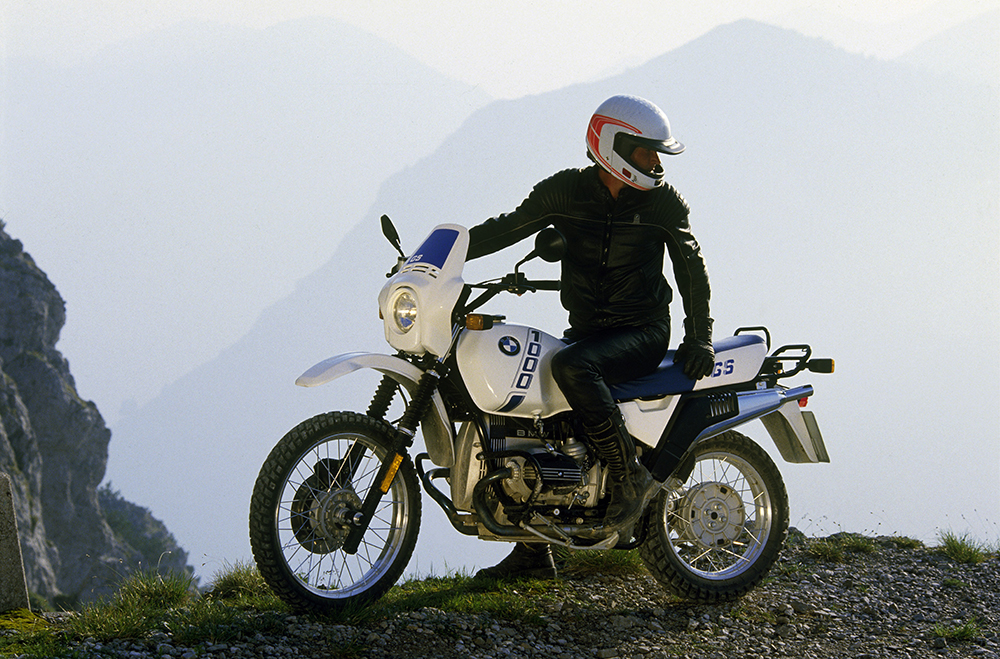