BMW Concept CE 02, the electric vehicle concept, which is neither a classic motorcycle nor a scooter

Having launched the CE 04 as its second-generation electric scooter earlier this year BMW has dropped a big hint about its next new model with the Concept CE 02.

It’s a name that the firm filed trademark applications for a year ago, at the same time as it trademarked the CE 04 title – both marks specifically aimed at electric scooters. At the same time BMW trademarked a host of ‘DC’ names, followed by numbers, for forthcoming electric motorcycles. 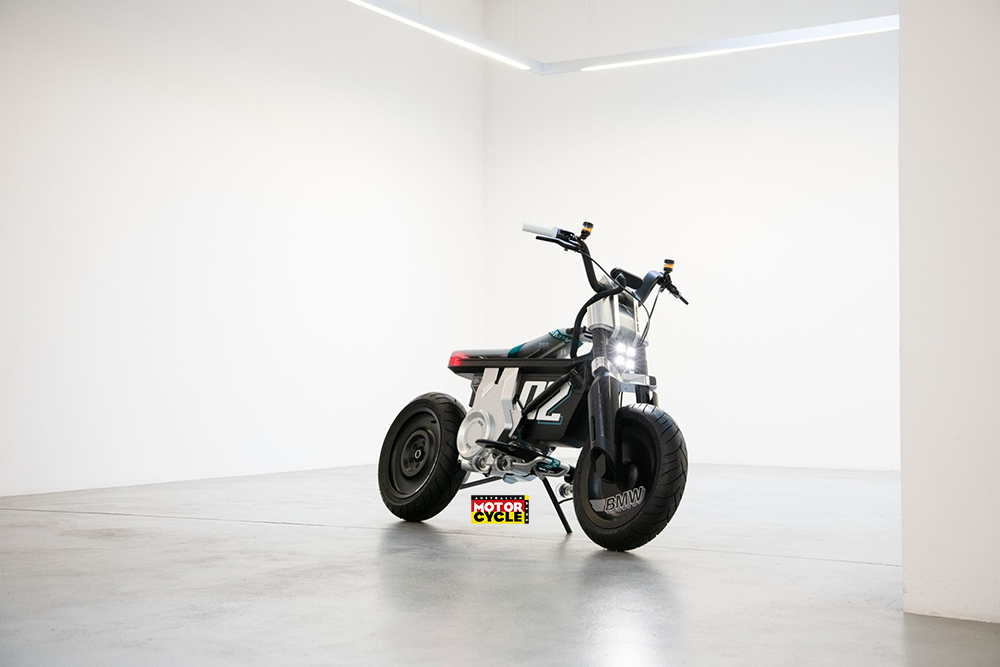 Although the Concept CE 02 isn’t a production bike yet, it appears near certain to join the CE 04 in showrooms in the future, although the design is likely to be toned down before it does so.

Spec-wise, the CE 02 has an 11kW electric motor, fitting in with 125cc learner bike regulations in Europe, and although its ‘CE’ title pegs it as a scooter, in many ways it’s closer to machines like Honda’s MSX125 Grom in its style and proportions. Its 90km/h top speed and projected 90km range, allied to a weight of around 120kg, make for an appealing urban proposition. 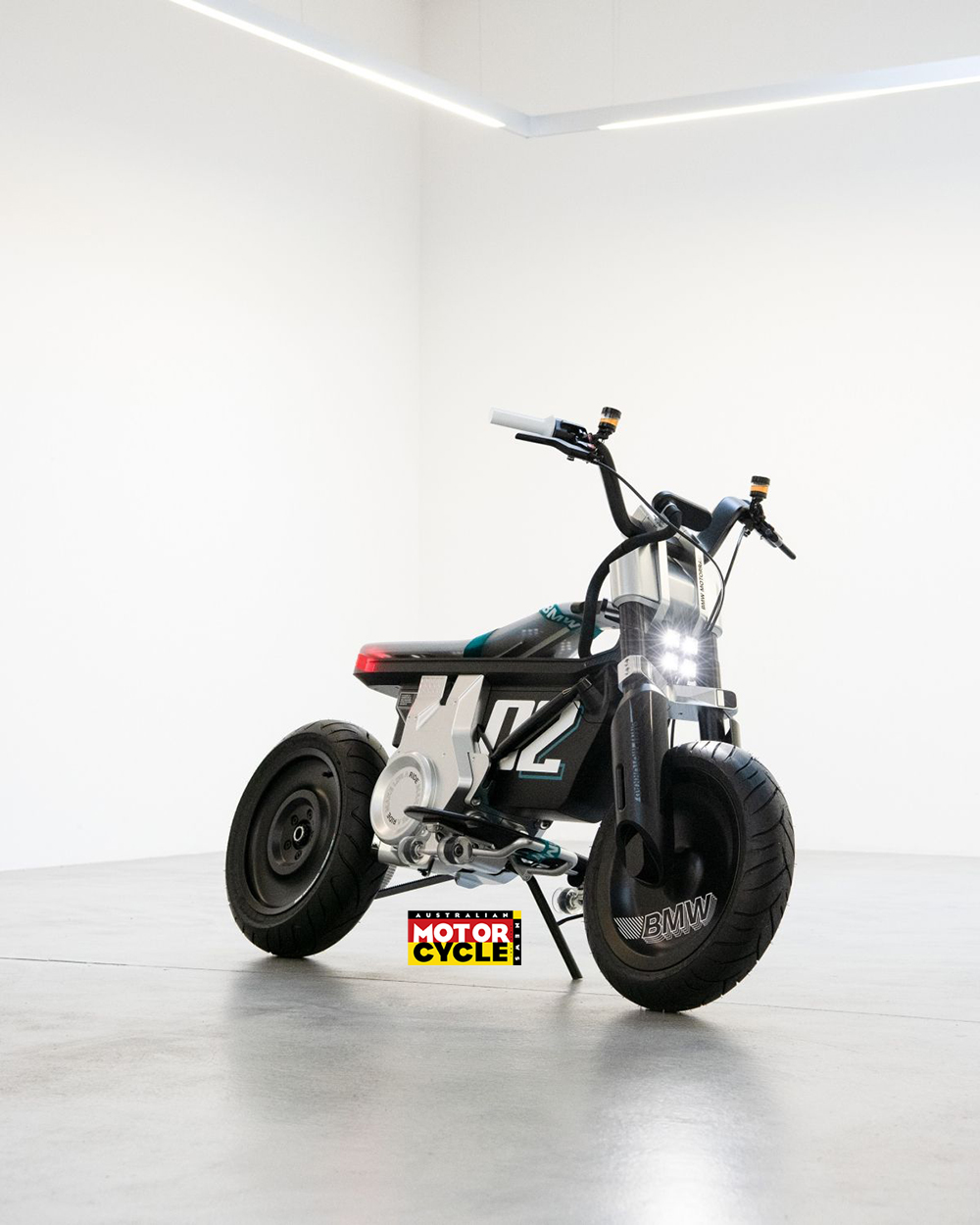 BMW hasn’t officially revealed the battery technology it intends to use. Photos of the concept bike under construction show it’s packed with either three or four off-the-shelf, 12V lead-acid batteries, but those are probably there simply to make sure the bike is operable for action pictures. In its final form, a much lighter, higher-capacity lithium-ion battery is likely to be used instead. 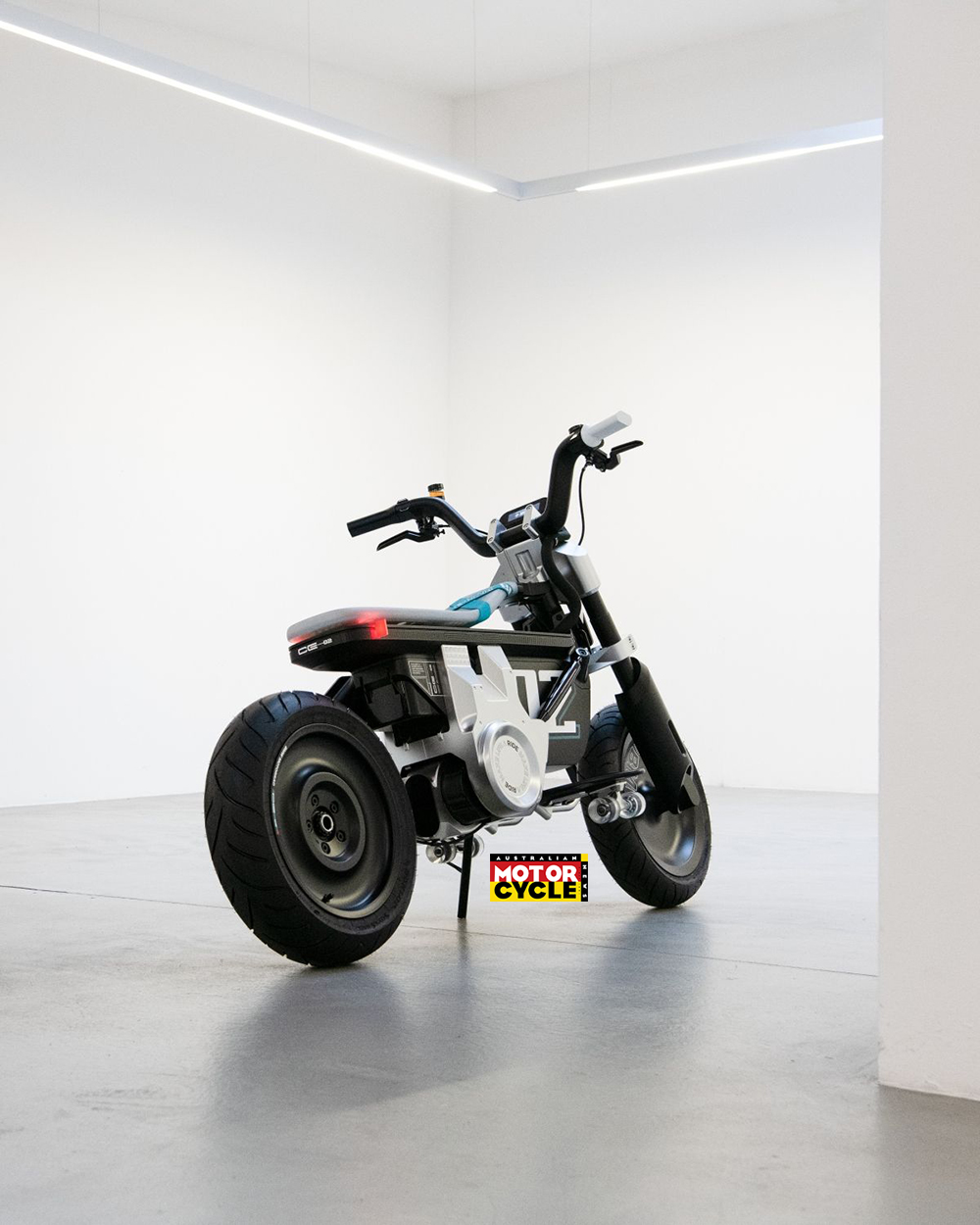 In contrast to the latest trends and to the bike’s futuristic electric propulsion system, the CE 02 is stripped back when it comes to tech. There’s a tiny, simple instrument display and little else; a sensible move, given that the bike’s intended, youthful customer base are likely to rely on their smartphones rather than any built-in tech when it comes to navigation or connectivity. 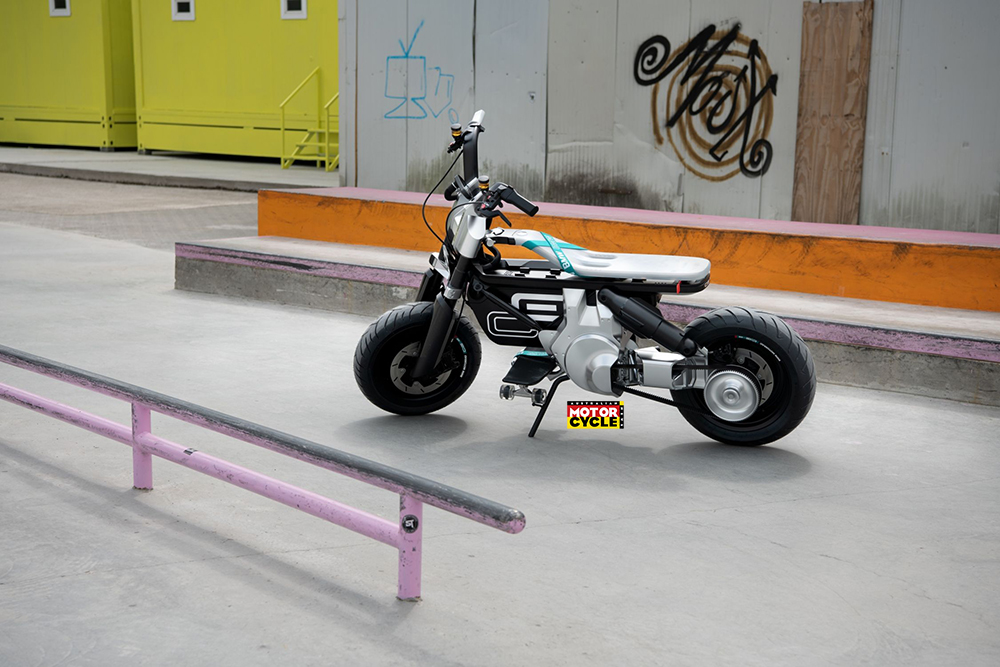 The concept might lack the step-through design and under-seat storage of a scooter, but it’s still got luggage capacity in the form of a set of bars under the battery box – used on the concept version to carry a skateboard that doubles as footrests.

Although the bike needs to be toned down for production, with the addition of legal necessities like mudguards, mirrors and a licence plate bracket, BMW’s trademark applications suggest the overall design is likely to be reflected in a showroom model in years to come. 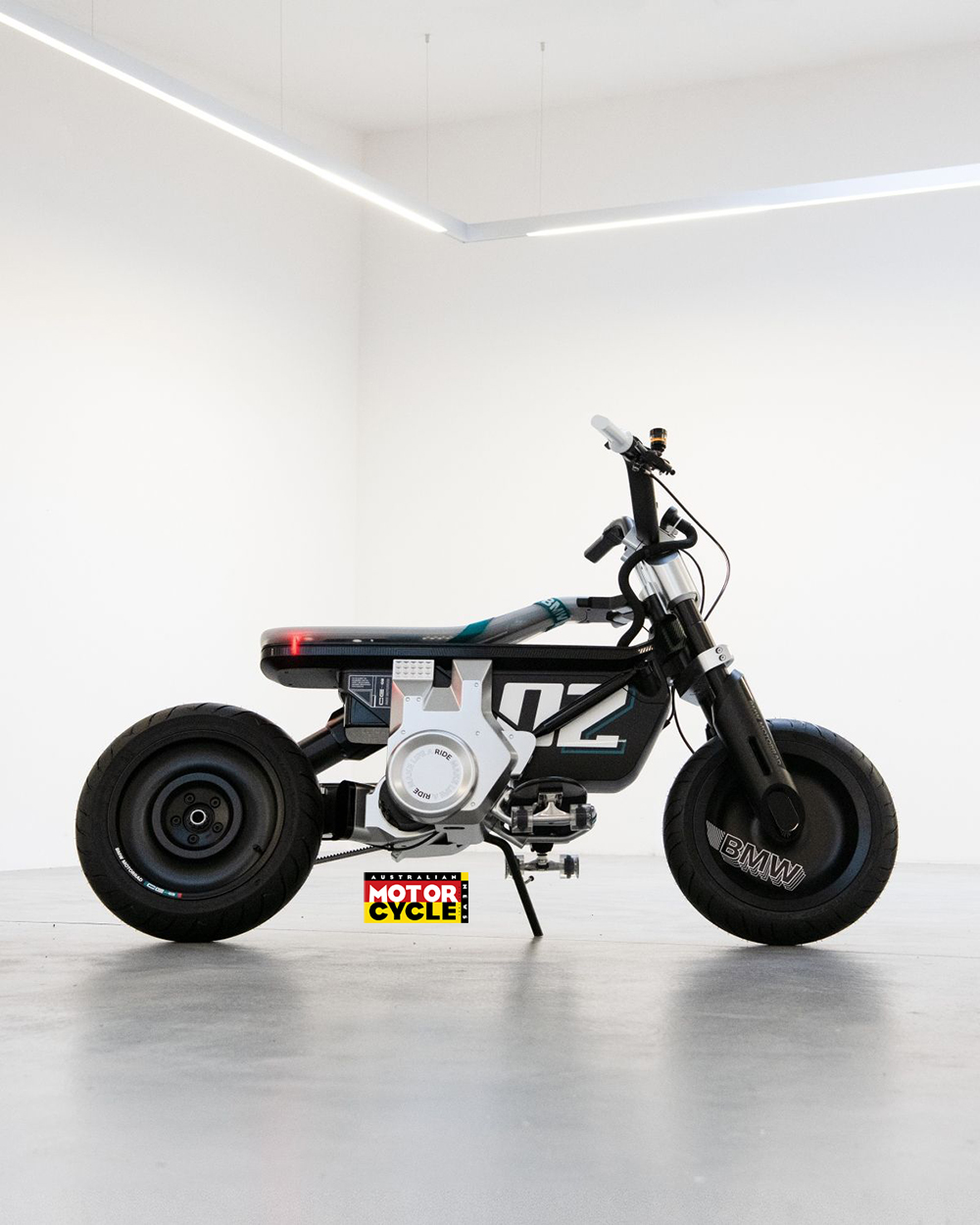