GASGAS Factory Racing made history today in AMA Supercross World Championship racing, taking their first-ever 450SX Main Event win thanks to a flawless performance by Troy Lee Designs/Red Bull/GASGAS Factory Racing’s Justin Barcia. With the brand making an exciting U.S. Supercross debut at Round 1 in Houston, Texas, Barcia furthered the historic night by winning his third-straight SX season opener – the first rider to accomplish that feat in 25 years. Teammate Michael Mosiman had a strong start to the season in his first race aboard the MC 250F, earning seventh-place in the stacked 250SX Eastern division.

In true fashion, Barcia set fire to his MC 450F right away as he charged to the holeshot in 450SX Heat 1, immediately establishing his presence out front. Hitting his marks under pressure, Barcia rode smooth and steady to maintain control of every lap, making history by stamping the brand’s first-ever 450SX heat race win. 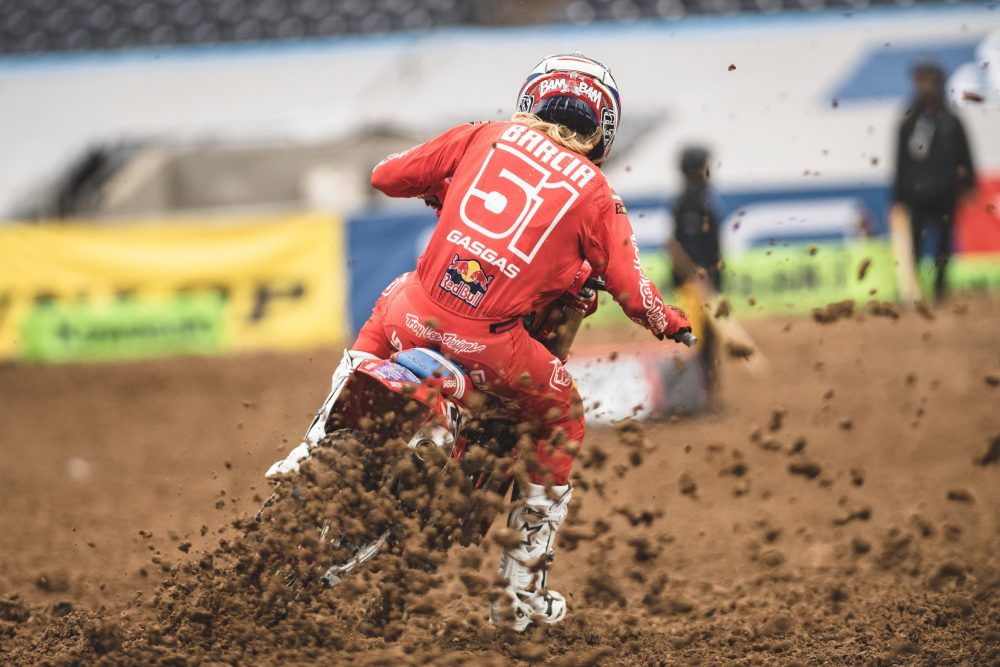 Barcia didn’t hold anything back when the gate dropped for the Main Event as he blitzed off the line to just miss the holeshot and command the lead right away on lap one. Fighting off multiple attempts from Ken Roczen to take over the lead, Barcia held strong out front for all 28 laps of the Main Event, where he proudly stood atop the podium as the first 450SX winner in 2021.

Justin Barcia: “Kenny [Roczen] honestly pressured me so hard the whole race but I held it together, it was really awesome. I can’t thank the whole Troy Lee Designs/Red Bull/GASGAS Factory Racing team enough, that was an insane race! I’m glad I did the three-peat, that wasn’t the goal, but this is the first one of hopefully many more and I just want to be in the fight all year and not just a one-hit wonder.” 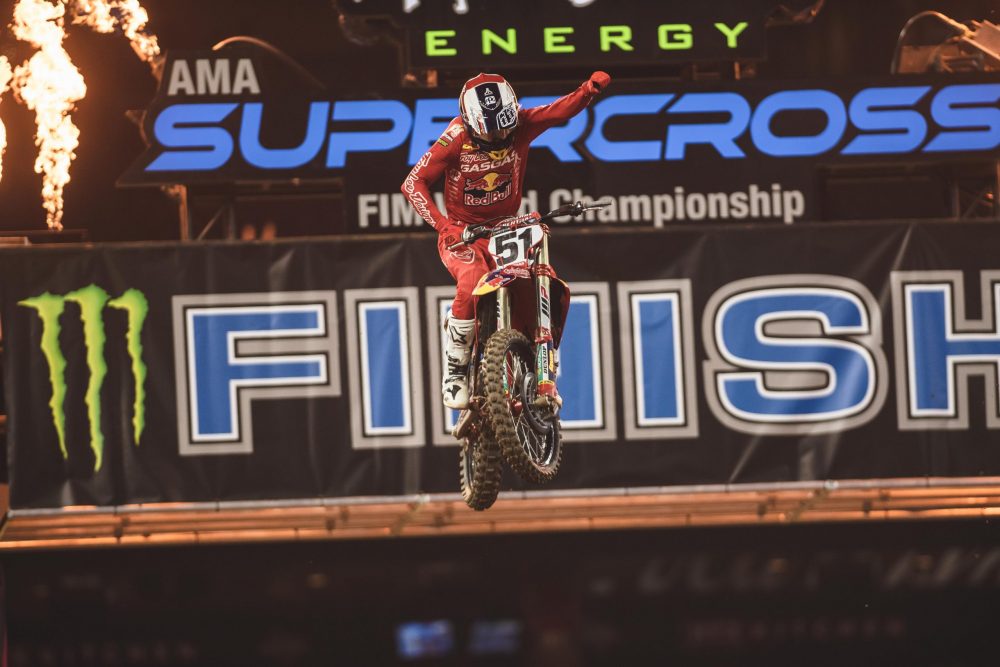 In his first gate drop of the new year, Mosiman settled nicely into third early in 250SX Heat 2. He kept on charging aboard his MC 250F to successfully lock in a third-place transfer to the Main Event. Mosiman had a top-10 start in the main and he passed up to sixth early on. While running just outside the top-five in a freight-train of riders, Mosiman ended up going down in the midst of chaos but he quickly got up and salvaged a respectable seventh-place for the night.

Michael Mosiman: “Tonight wasn’t the results that I was hoping for but I learned a lot and I know what I need to improve on moving forward. Lucky for me, we are racing again on Tuesday and I’m excited to show everyone what I can do on my MC 250F this season!” 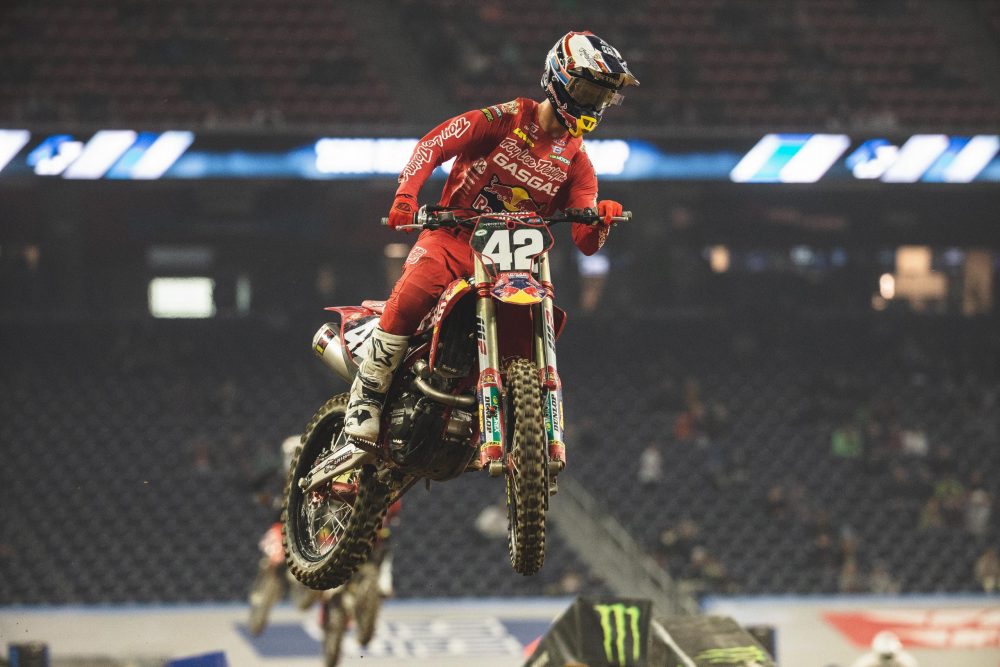 The Troy Lee Designs/Red Bull/GASGAS Factory Racing Team will get back to racing in three short days with the second round of the 2021 AMA Supercross Championship taking place in Houston, Texas once again.

Championship Standings – After Round 1 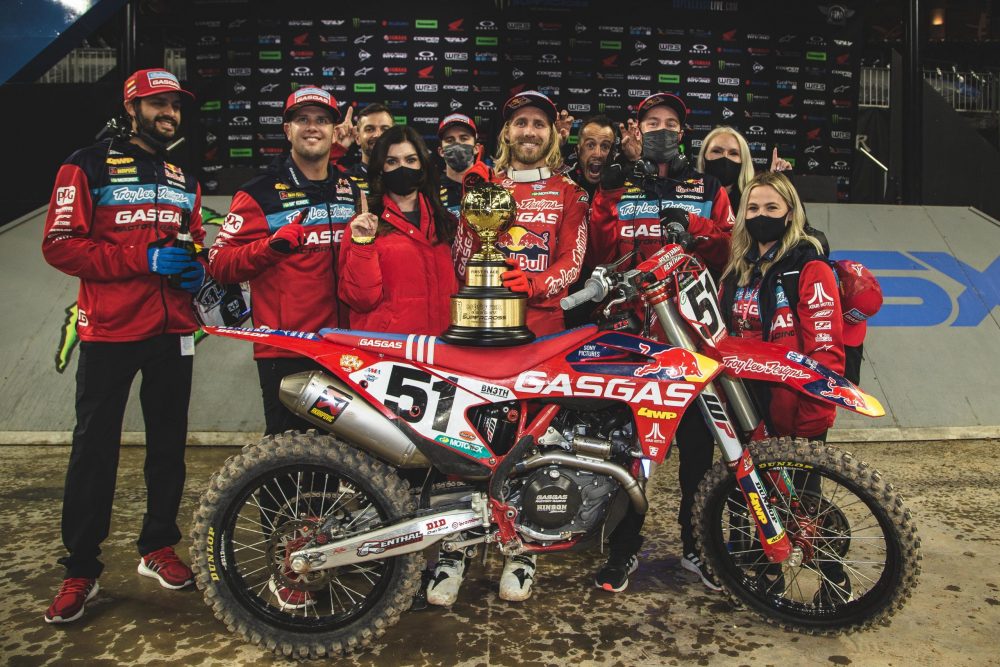