Fourteen-year-old Jayden Martin proved he’s an emerging Australian racing talent after putting on an incredible display of speed and resilience at the third round of the 2022 Inter Club Championship held at Collie Motorplex on 5 June. 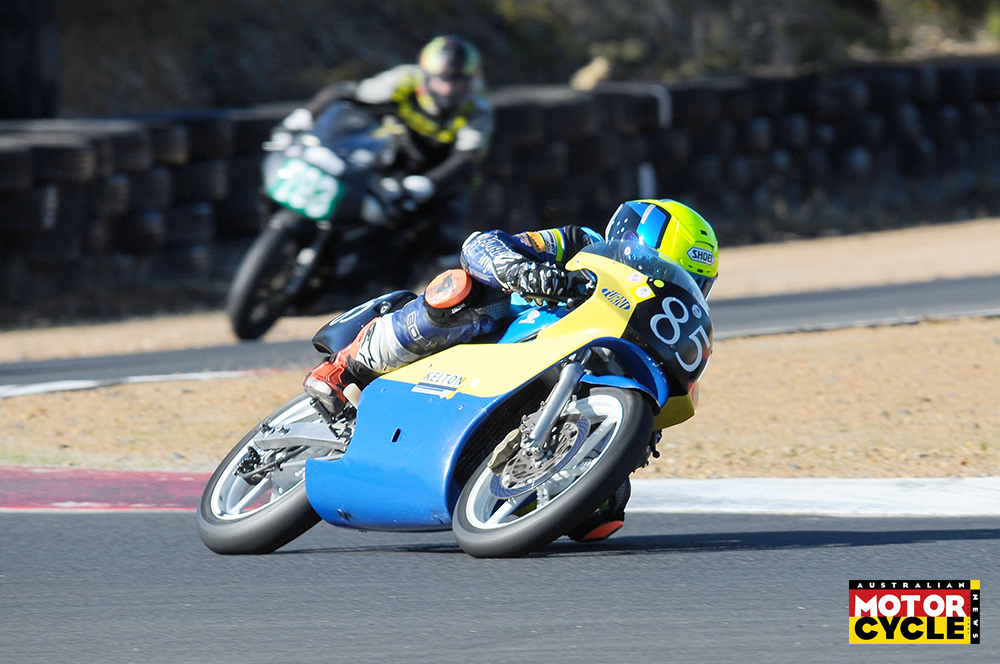 Besides riding in the 150 Production Junior category, he was invited by Turn 1 Motorsports’ David Manson to ride his 1989 Honda NSR125GP bike. Given Martin’s age, the club needed to apply for an exemption from both Motorcycling Australia and Motorcycling Western Australia to allow him to compete in the class, which was granted.

Martin had not seen the bike prior to his first Saturday morning practice session and after easing himself into it, was looking forward to race day Sunday. During the morning’s warm-up and qualifying session, he blew up the motor on the 125 which was replaced with a fresh engine – with the final nut tightened as the two-minute call for the first race rang out.

Starting from the back of the grid, the 14-year-old carved through the field to claim victory, unsurprisingly setting the fastest lap of the race in the process. Proving his talent, Martin went on to win the next two races, each in a faster race time than the first, and even broke the 125GP lap record set by his mentor Sam Clarke during the 2019 Aussie titles by almost a second with a time of 1m17.9720s. 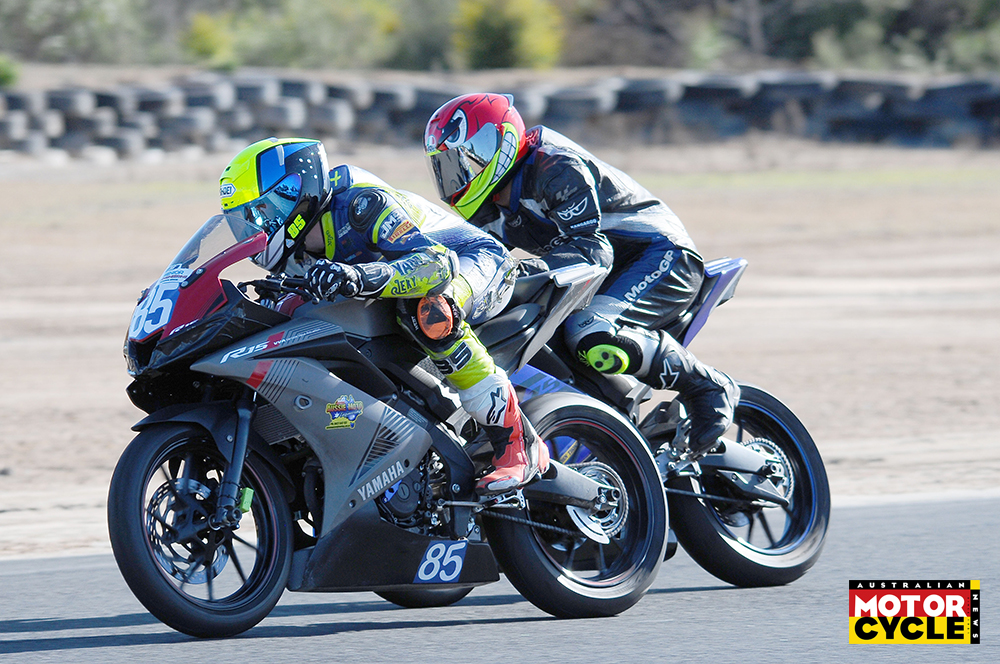 In the 150 Production Junior category, he started from pole position in Race 1 but was forced to remount after an opening-lap crash from which he rode to a strong fifth-place finish behind winner Lauchy Williams. There were no such errors in Race 2, which he won on his way to breaking the lap record. That record was only in place until Race 3, when he broke it once more on his way to yet another victory.