With mid-mounted controls, the XDiavel is a different beast

When the XDiavel was launched just over a year ago Ducati was adamant that this was a proper cruiser, but opinion was divided. It has the dimensions of a cruiser, as well as the almost mandatory V-twin powerplant, and of course it’s got those forward-mounted controls, just like
a cruiser.

But the bike refused to be pigeonholed. It’s certainly a different animal compared to the original Diavel that grabbed headlines about six years ago. It’s got similar styling, but that’s about it. It looks a treat on the stand, starting with the ultra-wide 240-section rear tyre, single-sided swingarm, wide ’bars and streamlined rear section. The whole package screams attitude, with the lines of the tank setting it off.

The standout design element also provides the bike’s character: the Multistrada derived 1262cc L-twin engine. When the new Multistrada arrived, many people were raving about the engine. Jump on an XDiavel and you’ll find out why, with peak torque of 128.9Nm available at just 5000rpm. Keep revving and you’ll spot another key difference between this and the original Diavel – when the power peaks at 114.7kW at 9500rpm it is a thing of beauty and a twist of the throttle in Sports mode is arm-wrenchingly awesome. This is a cruiser, but not as we know it.

The comfort level impresses, thanks to the wide padded seat. And the low seat height combines with the fat rear tyre to provide confidence on the ground, so most people should be able to handle this big unit. At 247kg it’s a heavy bit of gear to wheel about, but it’s manageable for any sized rider. The base geometry has huge scope for adjustment with over 60 options, so it really doesn’t matter what your physical size is, the bike should fit you. You do notice the wide rear Pirelli Diablo Rosso II hoop when handling at low speeds, as it does take a little momentum to shift the bike from one side to another. Nothing a bit of rear brake won’t fix, but it’s a feeling most people will need to get used to.

Once you get up to speed it’s a completely different story though, and the XDiavel becomes a weapon on any corner. On the street or the open road you can carve it up at will and the optional mid-mount controls only enhance that feeling. Again, it stretches the definition of cruiser – or even muscle cruiser if you want to draw comparisons with Yamaha’s V-Max – because the power and handling are so damn good. For all its torque down low, the engine feels very free revving. And an aftermarket exhaust could give the engine even more character in the bottom end. 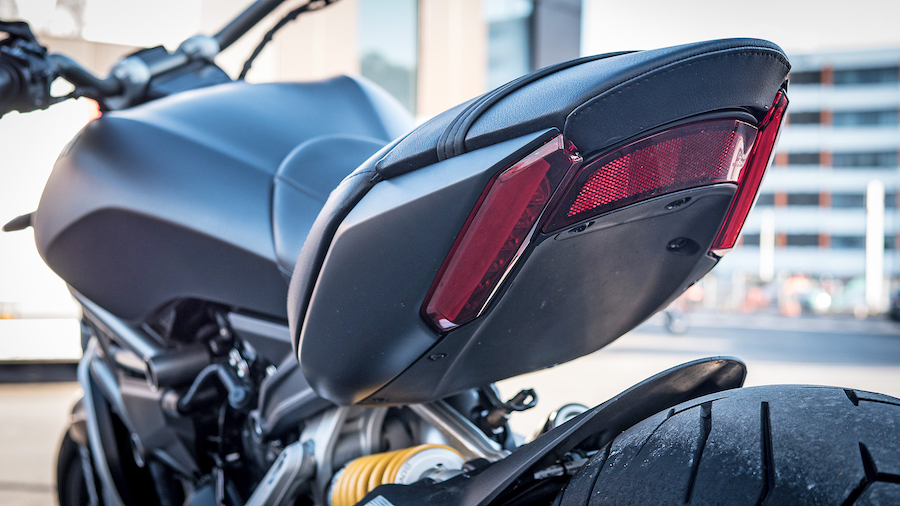 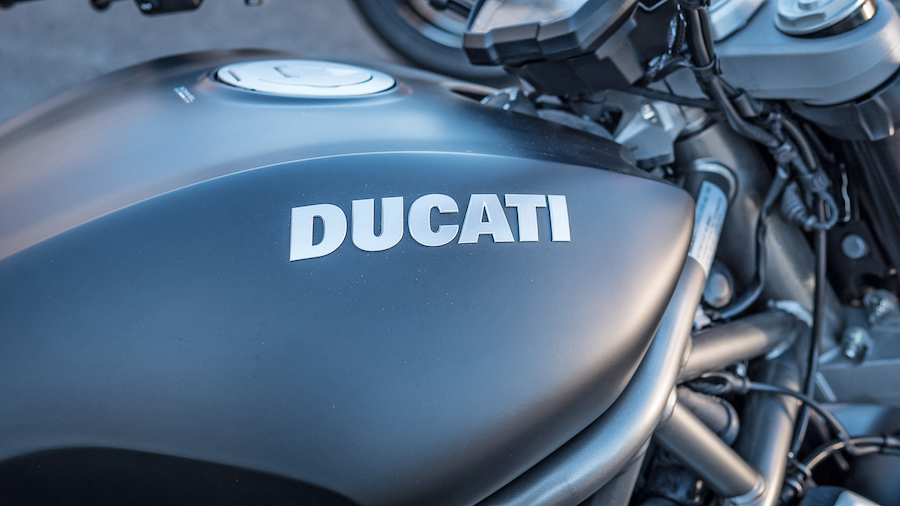 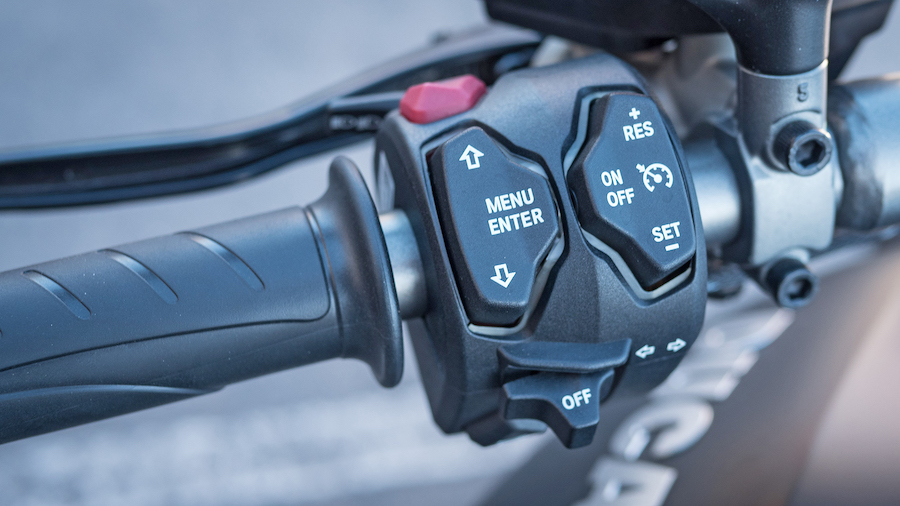 After clocking up enough cruiser hours, most riders develop a liking for forward-mounted controls, but Ducati realised some people will want the option to switch, and it’s easy to do. In fact there are lots of optional extras to configure your ride and you can select packages for touring, urban or sports use right off the Ducati website.

The XDiavel isn’t without practical touches either and Ducati has done a good job with modern-day tech like ride-by-wire throttle and cruise control, not to mention the keyless start ‘proximity fob’ concept. It sounds like a small thing, but it’s seriously handy not having to worry about a key. The controls on the switchblocks are minimal considering all the settings and adjustments you can make, and most owners will only want to switch between ride modes occasionally, which was easy. There are three available: Sport, Touring and Urban. They are very distinct and while some will just keep it switched to one of the three, others will adjust it to suit their route, riding partner, mood, or destination. Touring is fine for getting about the city when you don’t want to go nuts, while Urban is a bit underpowered but could be handy in the rain. After my time on the XDiavel, I was sad to hand the key back. And I decided it’s not simply a cruiser – it’s way too versatile and capable to be confined to just one category.