Sun, surf and motorcycles. Sellicks Beach had it all as vintage racers took to the sand

Run in late February for the second time since being revived two years ago, South Australia’s Sellicks Beach Historic Motorcycle Races brought out riders from around Australia while spectators soaked up the sun and fast-paced action.

Hosted by one of SA’s oldest motorcycle organisations, The Levis Motorcycle Club, and with naming rights going to Harley-Davidson, this event seems to have an assured future.

Proof of this was the large number of riders returning from the 2017 event plus many new riders who had built motorcycles especially for 2019. Dozens of short races over two days provided non-stop action that suited both racers and spectators. You had to be there to appreciate the sound and spectacle of motorcycles built from the 1920s up to the early 1960s being thrashed 800m up the beach and back.

The event’s fastest rider was Aussie TT star David ‘Davo’ Johnson. He created a little piece of history, replicating the win his father, Murray, achieved on the same Triumph back in 1992. Both were aged 36 years and achieved their feats 26 years apart.

Davo, Murray and the Triumph’s owner and tuner Dave Kernich posed for a re-enactment of that 1992 victory. This time Murray was tending to the clutch, while in the original photo it was 10-year-old Davo. Dave Kernich describes his Triumph 750 as “thrown together as an opportunist ride.”

That was back in 1986 for the first Sellicks Beach re-enactment. Rider Phil Franklin was going well on it until the engine expired in the last race. The bitza redeemed itself with wins in flat-track events at Morgan, on the Murray River, and the coastal town of Port Pirie in the 1980s. 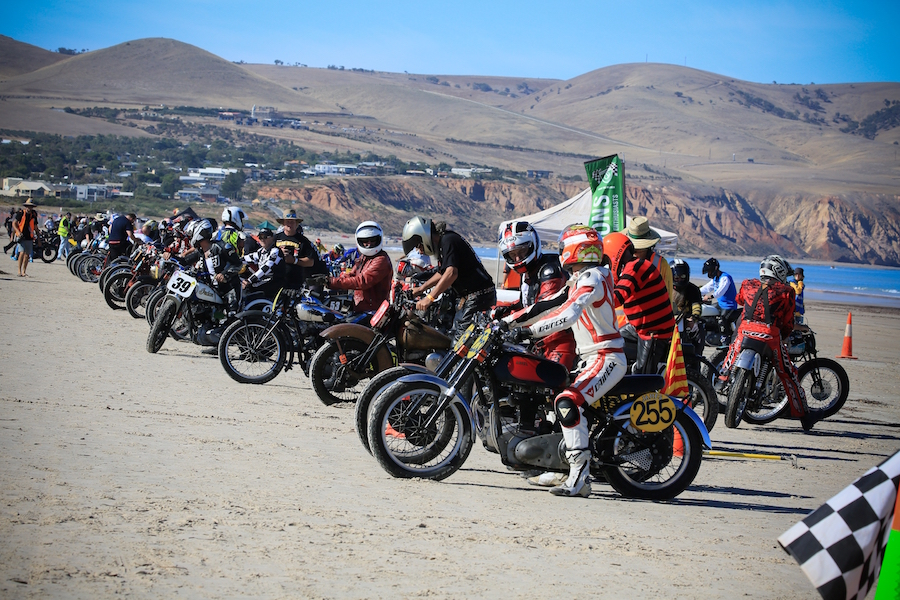 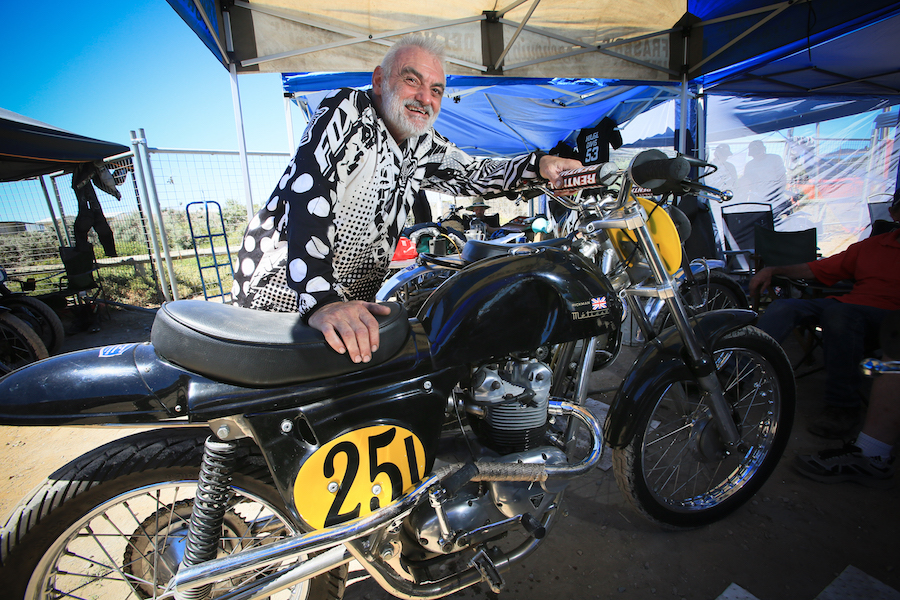 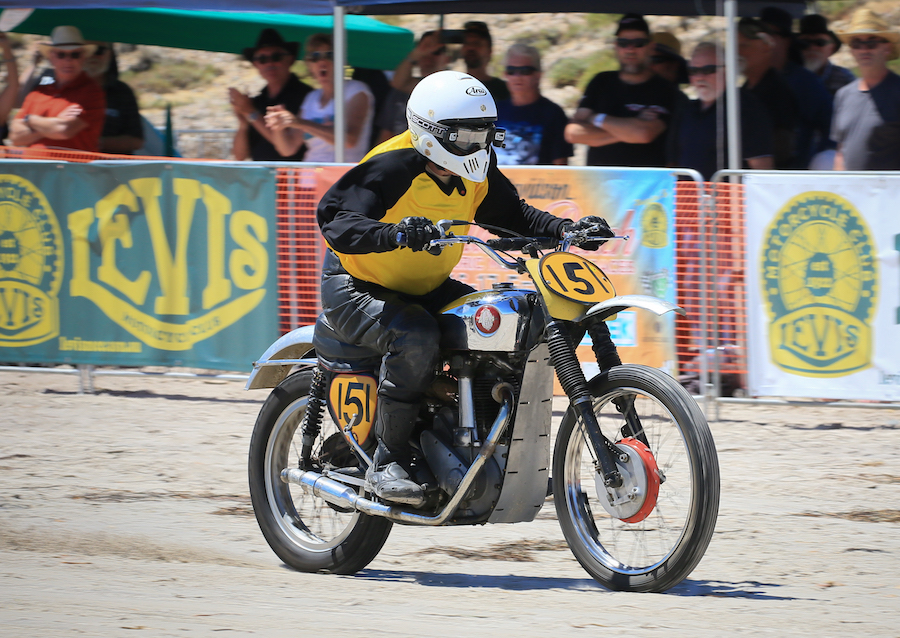 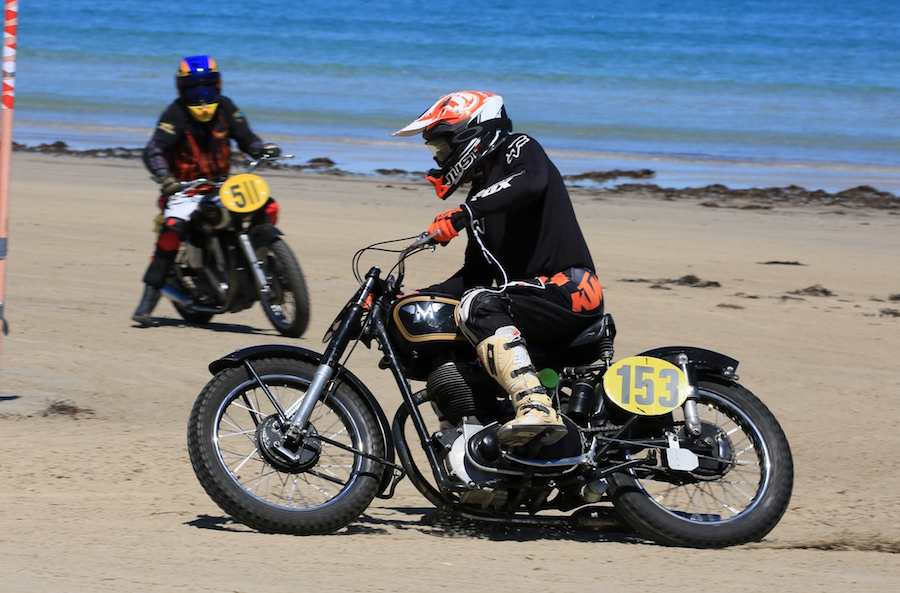 Kernich’s Triumph is a very classy bitza. An early 1960s duplex frame houses a mid-1950s 650 engine enlarged to 750cc with ARE alloy barrels and fitted with a twin carburettors. The mix-and-match of parts includes a Matchless front fork with a Honda wheel and a small petrol tank off a Honda Elsinore. Air cleaners adapted from a Holden Torana keep dirt out of the engine. The Dunlop TT rear tyre was donated by a friend and its tread pattern proved suitable for the sand.

Davo’s dad, Murray, won on it in the second Sellicks Beach re-enactment in 1992. It was on target for another overall win in 2017 when an ignition coil fell off.

Kernich poured hours of preparation into this year’s effort and Davo repaid him with some fast but calculated riding. Despite only two laps of practice, Davo was soon in the groove and looking unbeatable.

How fast was Davo? Kernich admitted he’d geared the big twin for 100mph (160km/h) at 6500rpm, just under redline. Davo confirmed he’d taken it to those revs on his way to several convincing wins. 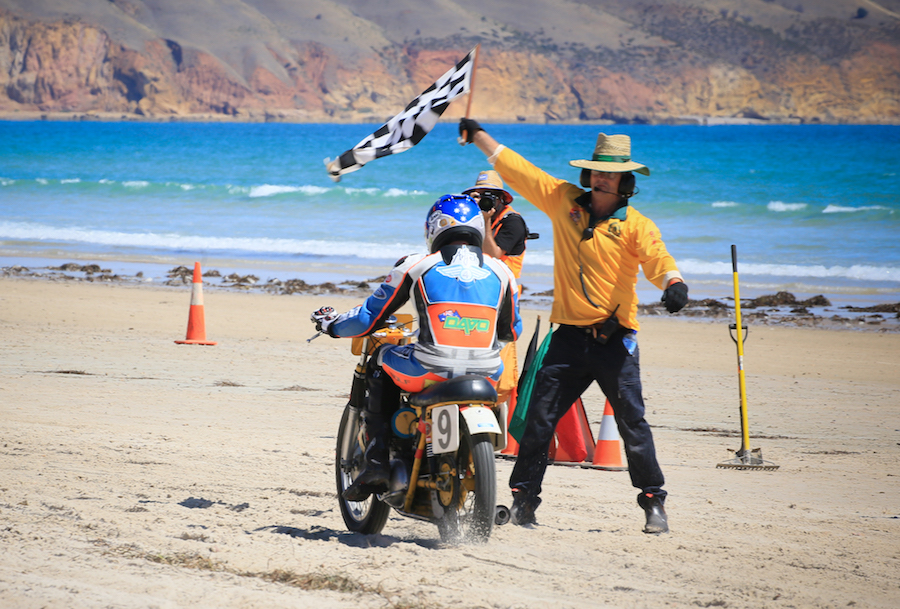 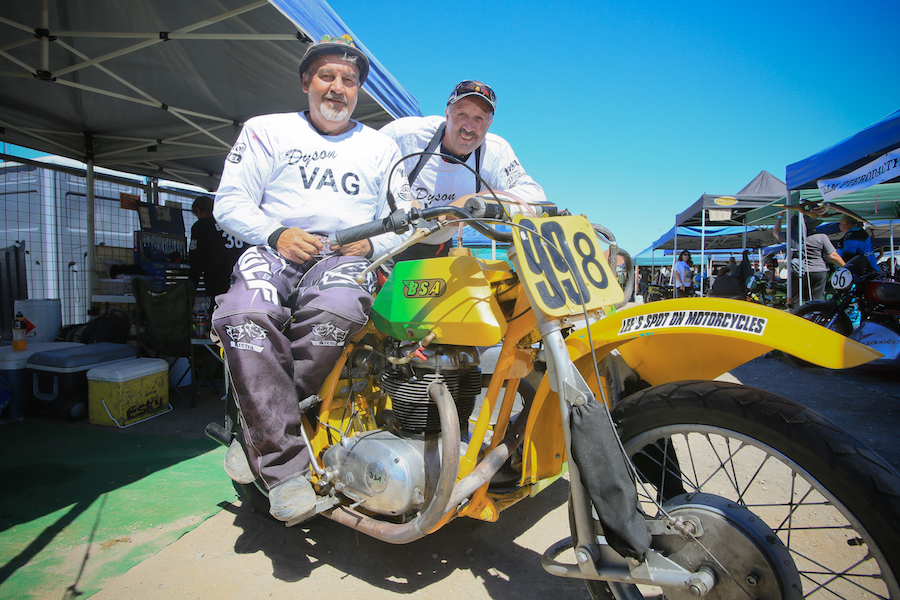 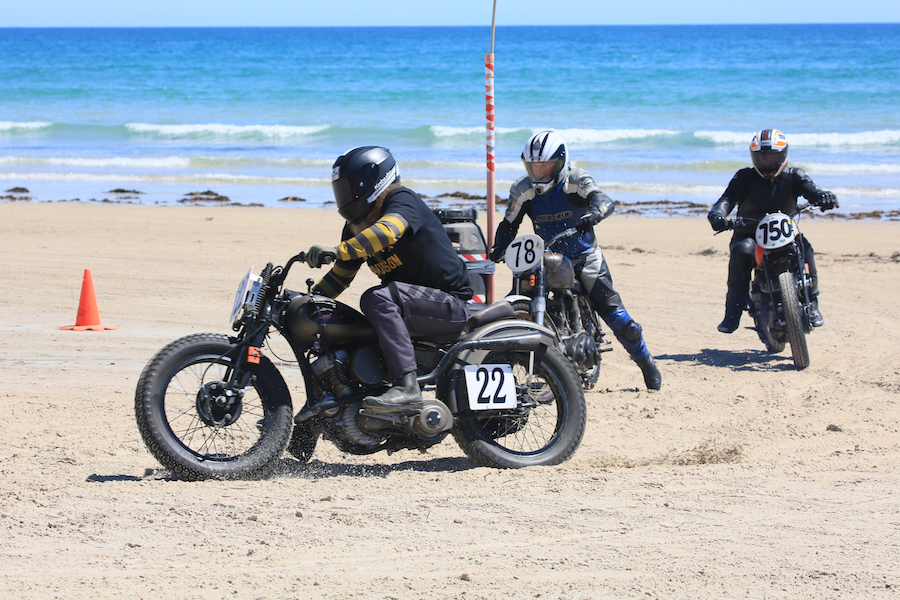