For many riders a good tyre is one that is scrubbed in all the way to the edge; even better when it’s got balling rubber hanging off it making it clear to anyone who’s looking that you know how to get a knee down, right? Actually, the truth is quite different.

Bikes these days are faster, more demanding and in need of more grip than ever before. That postage-stamp sized contact patch is the last line of defence between you and scuffing a set of leathers on the tarmac, or potentially far worse. Bridgestone has been making tyres for all kinds of vehicles since 1931 and, while their race-winning pedigree has been proven on two wheels at the most elite level, filtering that technology down to road-going motorcycles is a different game altogether.

Tyre development is constantly evolving as brands invest, research and develop ways to continue to improve grip, feel, handling and wet-wether performance (to name a few) to better their rivals. Bridgestone has been hard at work since the launch of the S21 to produce a successor and what it has delivered has been another step forward in the evolution of production tyres.

The S22 has a multitude of claimed improvements over the S21. Bridgestone’s aim was to improve the wet-weather grip by five percent, the potential cornering speed by a significant 15 percent as well as improving both the handling ability and feel – and all with no sacrifices to the tyre’s longevity. The technical changes implemented to achieve this include a tread pattern revision and extensive compounding changes, both externally and at the molecular level.

Rating tyre performance is a difficult job, the factors to consider are vast. It’s not just outright grip that rates a tyre high on the most-wanted list. Without feel and feedback through the handlebars we can’t push a tyre or find its limits, the same rings true when asking for handling performance. There isn’t much point in having a tyre that sticks like chewing gum when it doesn’t go around corners, which also in turn won’t allow the rider to find the level of grip anyway. It’s a technical business and while many riders just want to know if the new Bridgestone S22 is a good tyre, it’s important to break down the elements of tyre performance before putting it all together to find a winner. A well matched front and rear tyre will always allow the rider to go where he or she is looking. The S22 combination offered a very neutral feel on the vast number of hypersport testbikes available at the Jerez circuit. The front tyre felt positive and well balanced through the handlebars with a linear yet fast tip in. And because of the S22’s firm construction, it was light to change direction, which is due to the tyre’s carcass holding its shape. This is a logical attribute for a hypersport street tyre. The carcass doesn’t excessively deflect over bumps, which allows for a consistent feel across a wide range of suspension settings. Another factor most consumers may not be aware of is the temperature window street tyres have to operate within.

Tyre pressure can change dramatically based on temperature and, while I would love to pull up at a coffee shop and throw on a set of tyre warmers to keep the working temperature in check, I’m pretty sure I would win the Tool-bag of the Year award. But seriously, a soft carcass deflects and deforms far more than a hard carcass, making it sensitive to temperature windows. If you’ve ever ridden on a cold slick tyre, it often feels flat and this is because it has a far narrower temperature window. The S22 has an exceptionally wide working range in both wet and dry conditions which maintained neutral handling and feel. Certainly a big achievement from Bridgestone. This is where a tyre can triumph or fail. If you can throw down 200hp without a trip over the windscreen at high lean angle, most riders will be stoked, but the underlying factory here is the <i>feeling<i> of grip verses actual grip. The S22 has exceptional outright grip for a street tyre, both in drive and edge grip. In this case edge grip actually out-performs drive grip, which is unusual. Hard throttle openings on the edge of the tyre are a breeze and any excessive spinning on the exit of the turns is only possible with traction control completely turned off (and some rather brutal punishment of the throttle).

If we really generalise the tyre market, touring tyres have the least outright grip and longest touring ability, with race tyres being the opposite. The S22 is towards the pointy end but still has to perform as a daily street tyre where the <i>feel<i> of grip is almost as important as outright grip. This is where the S22 excelled.

The scariest moments come from a surprise and sudden loss of grip, which puckers even the most hardened riders. Not once did the new Bridgestone fall into this category, remarkably even in the wet! This is evidence that the compound and construction is working hand in hand. Obviously there are limits, but the feedback and feel of the tyre were so high that it was never even a question. This was the trend over multiple manufacturers of bike as well, offering a very consistent character across the board. Luckily to match all the power the latest hypersports bikes throw down at the rear wheel, they are almost always equipped with brakes that are up to the task of stopping a 300km/h bullet. Braking stability and trail braking into a corner is another huge component of analysing a tyre’s ability to perform. The stand-out feature on braking is the ability for the carcass of the tyre to hold its shape which gave a vast amount of feel back through the ’bars and a rock-solid tarmac contact.

Braking in a straight line is an easy assessment in the dry and it’s pretty rare to see a front tyre lock up under heavy dry weather braking, though plenty of riders have tasted a gravel trap from excessive trail braking.

One of the few downfalls, even if it is ever so slight is the S22’s trail braking entry feel. The firm carcass has a tendency to deliver an ever so vague feel when trail braking heavily. However, this is a critique that would never be an issue for street riding. If you could trail brake into a corner on your favourite road ride like you could from over 250km/h on a circuit like Jerez – congratulations, you deserve a seat in the MotoGP paddock. The wet-weather braking performance is something Bridgestone has hit the mark on, with the S22 providing almost identical feedback with the same handling characteristics. The new S22 has not only hit the mark, but it’s excelled well past its intended purpose. Being completely transparent, Bridgestone has created a long-distance, low-wearing trackday tyre that will be capable of far more than your daily commute, or even a red hot thrash on the weekend. The tyre is capable of exceptional feedback, plenty of grip from both ends and a level of feel that is clearly handed down from their top-end performance and racing departments. The compounding revision is the area of the greatest change over the S21 tyre and a new multiple-compound recipe achieves the performance increase. The front hoop has a harder centre compound with softer shoulder rubber to give a balance between longevity and grip, while the rear tyre has a third compound; hardest in the centre, softest on the edge and an intermediate compound across the main drive section. This method has been around for quite some time but is always being refined. Bridgestone says optimised resin components are a key player in the improved grip, and that the contact patch has a 25 percent increase at the molecular level as a result of the increased silica content. All of this jargon boils down to more grip and better feel.

Bridgestone has worked hard on the S22’s wet weather performance. It claims a reduced lap time on a wet circuit and has some compelling data to back it up. Grooved tyres often have a tread pattern which reflects their intended use. The tread pattern on the S22 is different to the S21 and features an improved land-sea ratio on the shoulder of the tyre, meaning there’s more drainage for water to escape. When more or wider grooves are added, this causes more movement on the surface of the rubber and causes the tyre to heat up. While this can be a good and bad thing, it’s yet another factor that need to be considered and designed around to get the most benefit. The new tread pattern is aimed at keeping the maximum rigidity on the tyre’s surface. Operating temperature is critical, how often do we watch MotoGP riders make a last-minute change on the grid when the temperature fluctuates. Street tyres need to operate in a wide window, which can be from below zero to over 40 degrees, and this is before you consider the temperature of the road surface. Bridgestone has significantly increased the working temperature range and, while the specs don’t indicate the exact window, the graphs show increases in performance towards the cooler end of the spectrum. Basically, The S22 provides more grip at a lower temperature. In turn this will be aimed at reducing cold-tyre crashes or loss of grip that dents your confidence.

Improved grip with no added wear

Tyre construction is as critical as compound choice in many instances. Companies all have their own methods of sticking their chosen materials together and is often the most closely guarded secret. Tyres can produce adhesion qualities by using a soft carcass with harder compounds or harder structures with softer compounds, and any number of permeations in between, and my experience says Bridgestones are typically a hard construction tyre.

The S22 claims to increase many areas of tyre performance without any additional wear. Seems too good to be true, but it all comes down to the chemical mix and build method. A comparison would be a new engine design that produces more power but uses less fuel. We see that happen every year and the same rings true for tyre performance. While the specs say that the compounds have changed and that Bridgestone use state-of-the-art belt technology, just exactly how they are concocted will remain a mystery.

The S22 is very well priced, considering the level of performance you are getting. See it as relatively cheap insurance that might keep you sunny side up.

The S22 will be offered in a wide range of sizes. According to Bridgestone Australia, these are the most popular combinations. 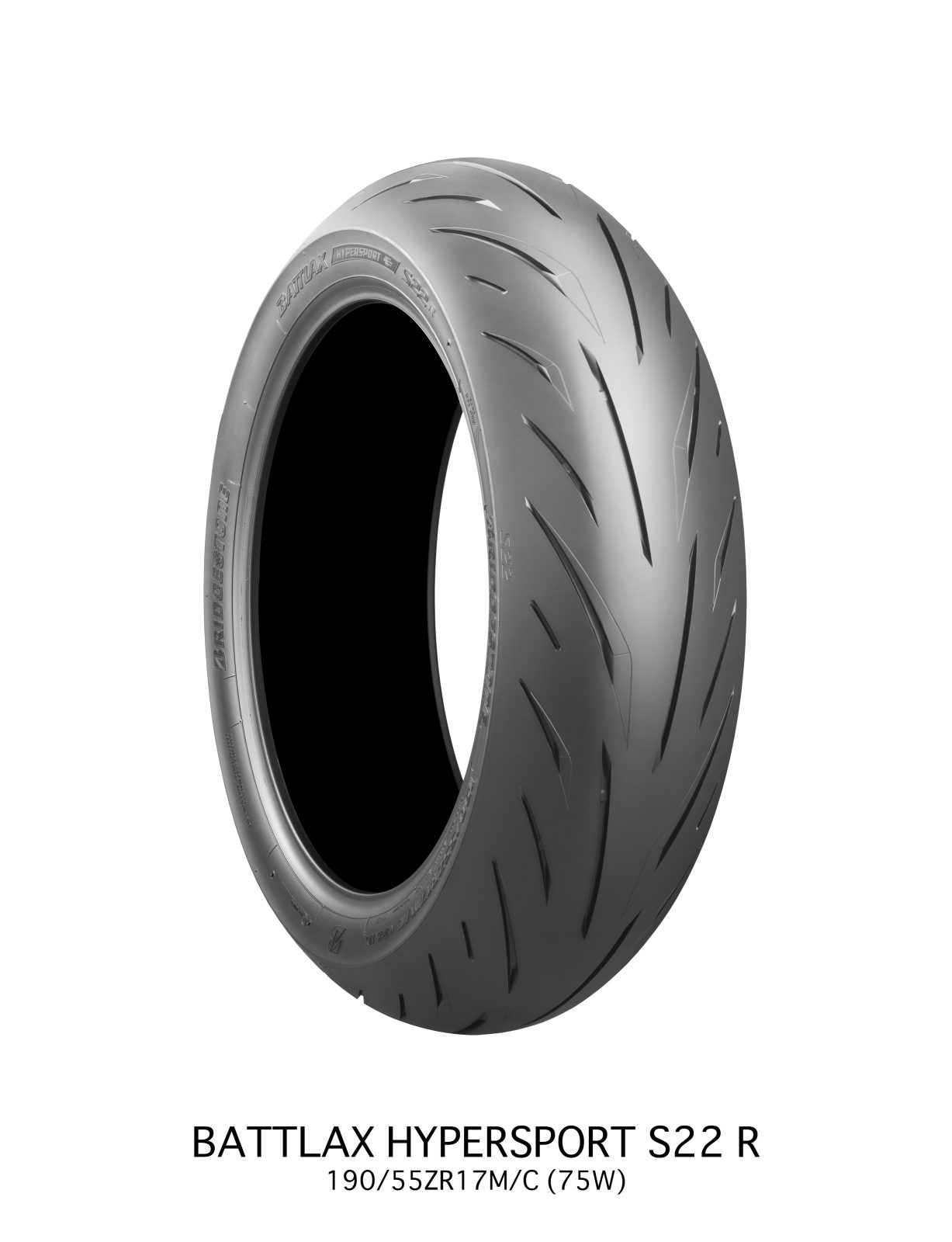 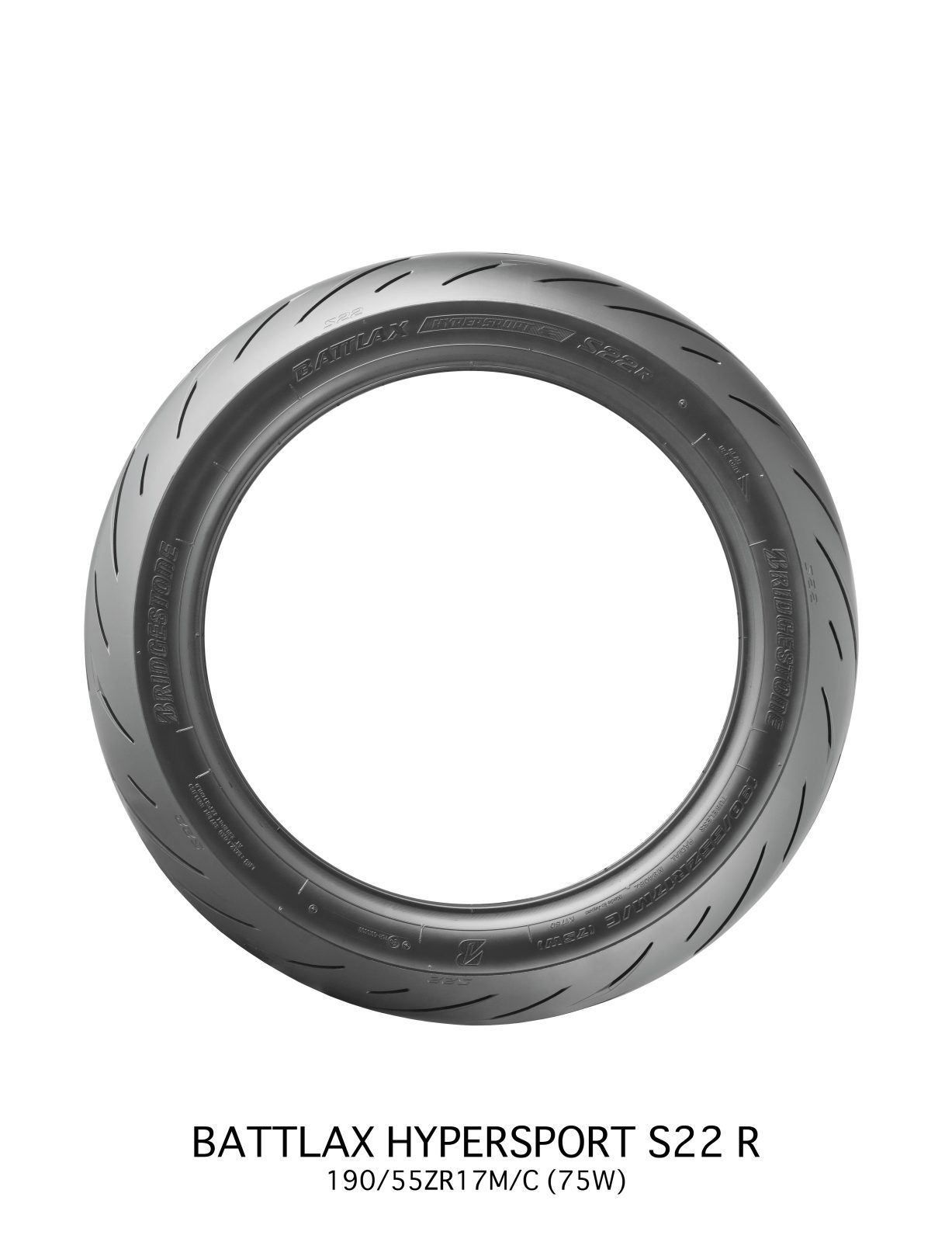 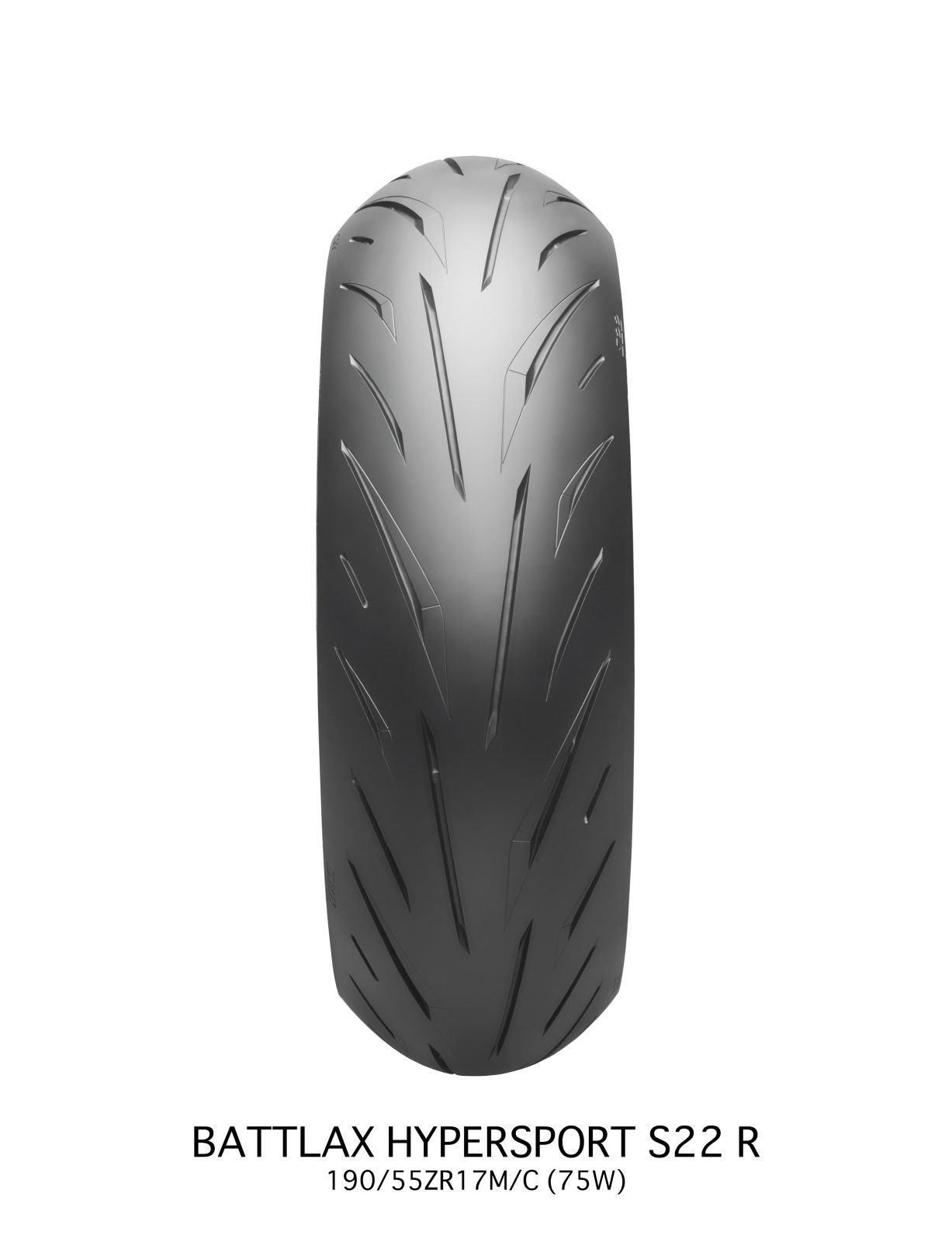 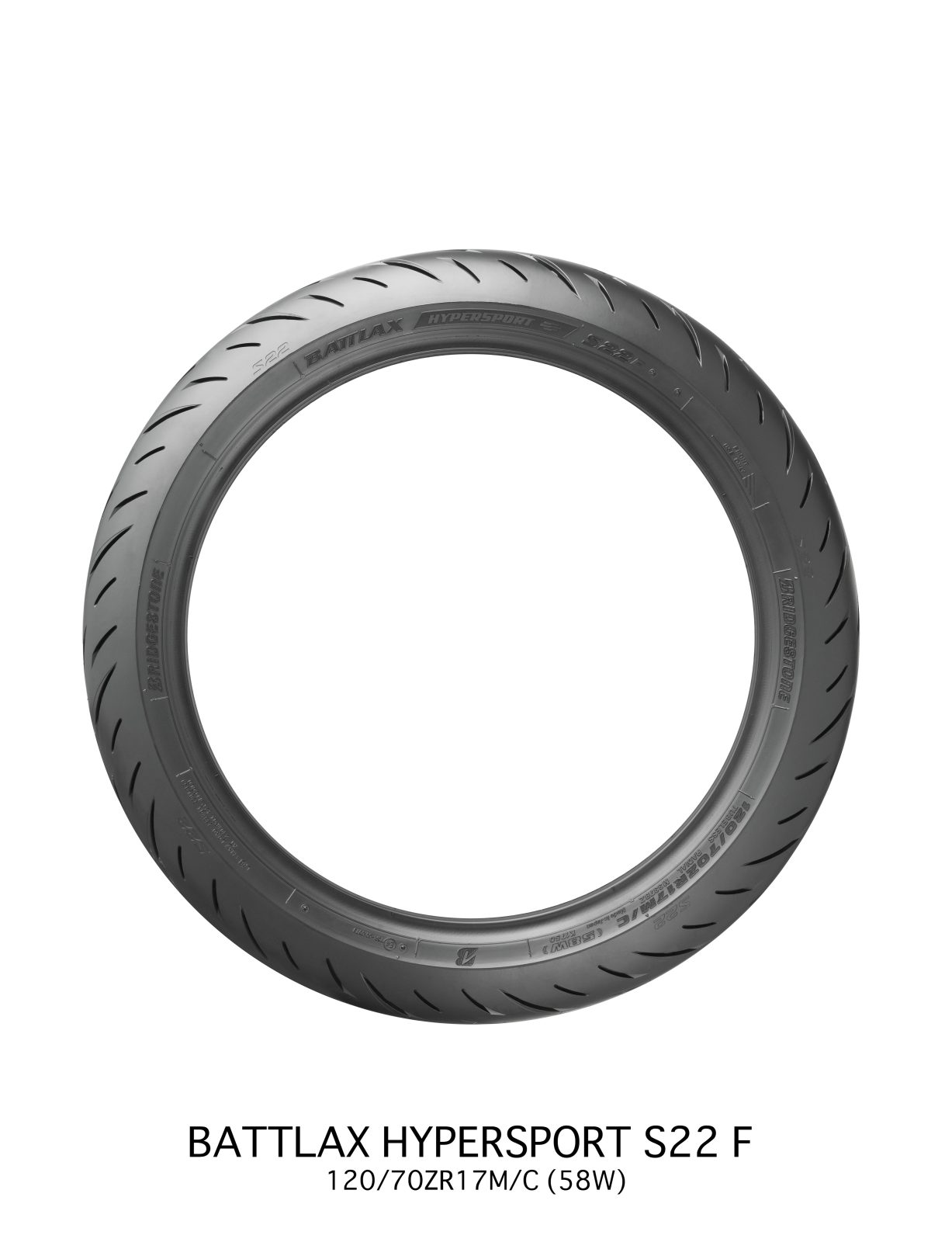 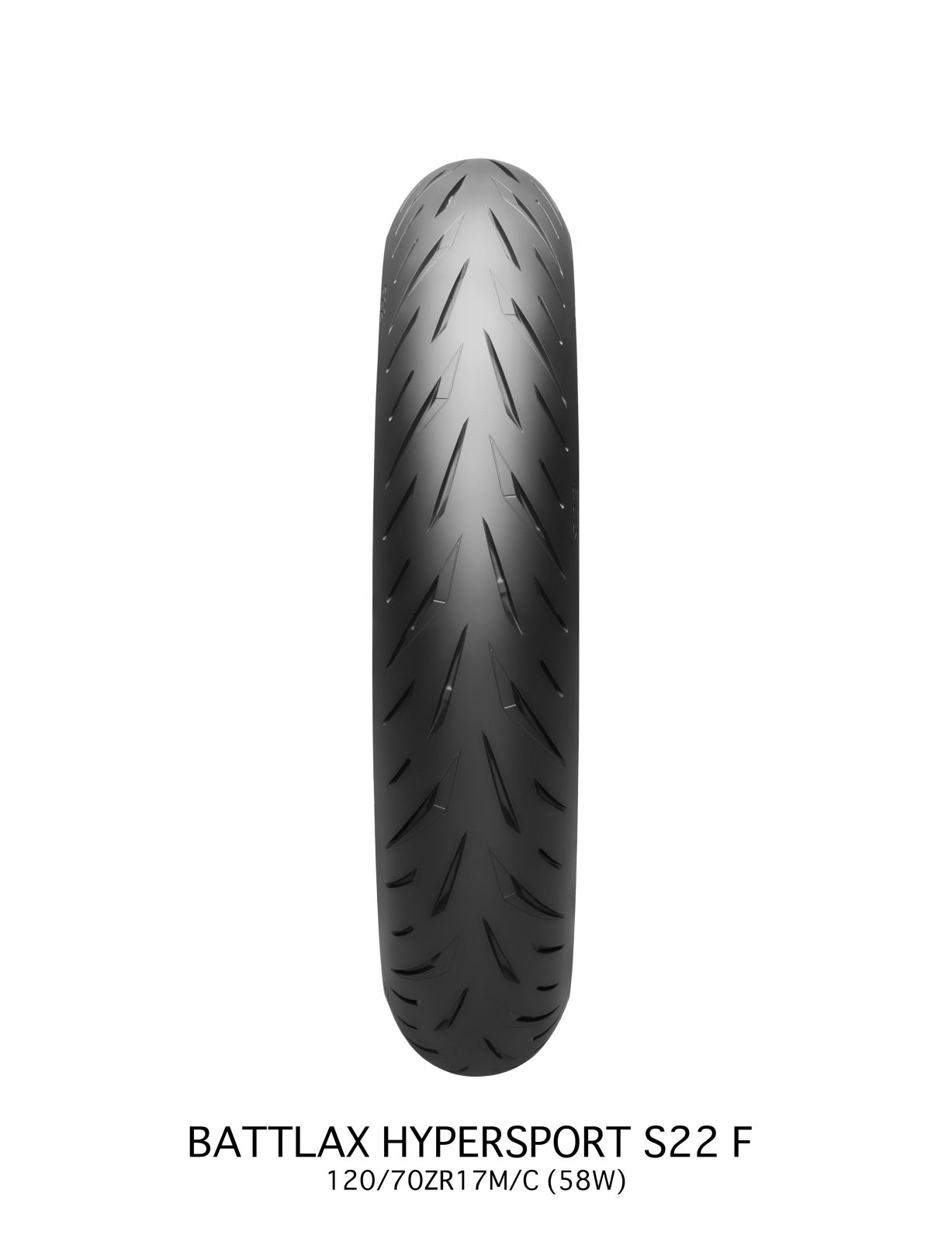 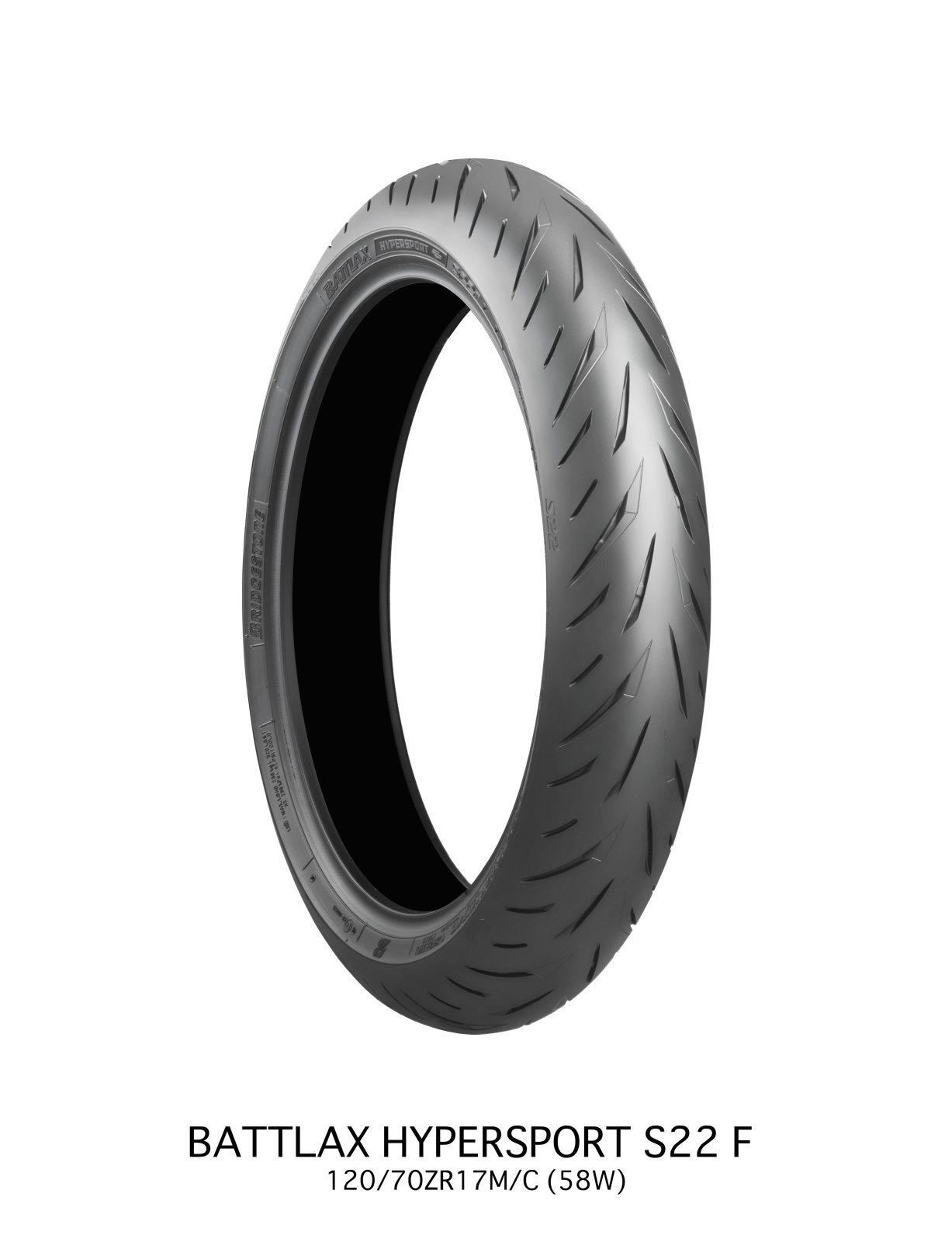