More than one million Suzuki GSX-Rs have been sold since the now legendary moniker first broke cover with the Japan-only 1984 GSX-R400. Like now, it was a powered by a high-revving liquid-cooled 16-valve inline-four cylinder engine mounted with a twin-spar aluminium engine.

Suzuki couldn’t have imagined three and a half decades ago just how successful the GSX-R moniker would be, both in terms of sales and on-track performances, but it knows that it works and it’s backing the range to the very end.

While there’s a single-cylinder GSX-R125 and a GSX1300R Hayabusa flanking the range at opposite ends, the so-called Gixxer range is best known for its three racetrack focused inline fours; the GSX-R600, the GSX-R750 and the GSX-R1000.

In a era where most manufacturers are quietly killing off their 600cc supersport offerings and have long since turned tier backs on the idea of a 750cc sportsbikes, why then is Suzuki still enjoying success with all three? That’s exactly what we wanted to find out. 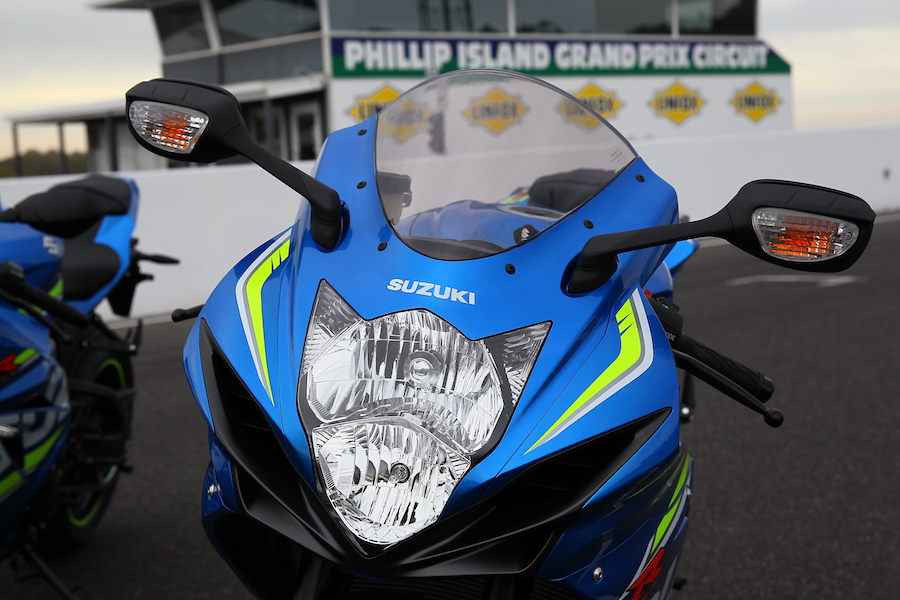 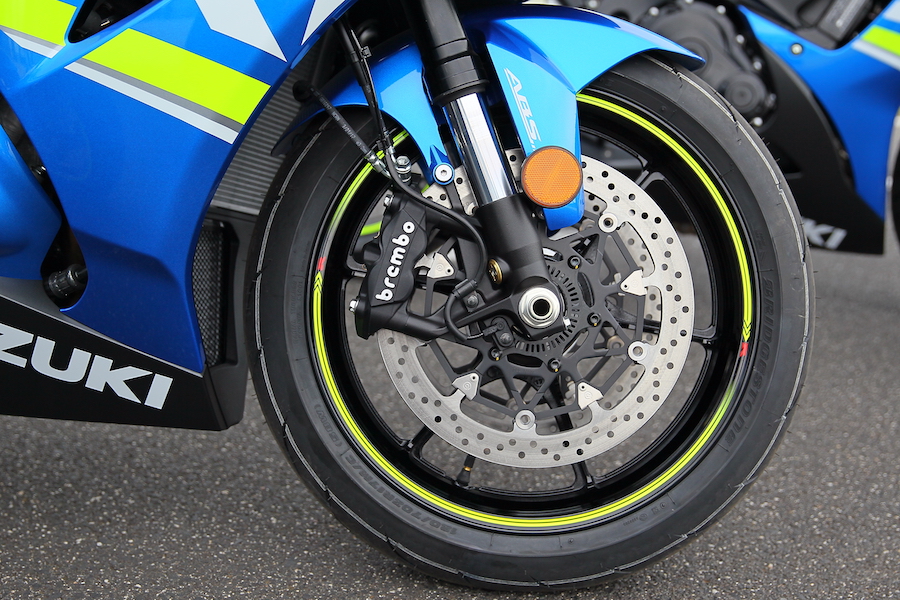 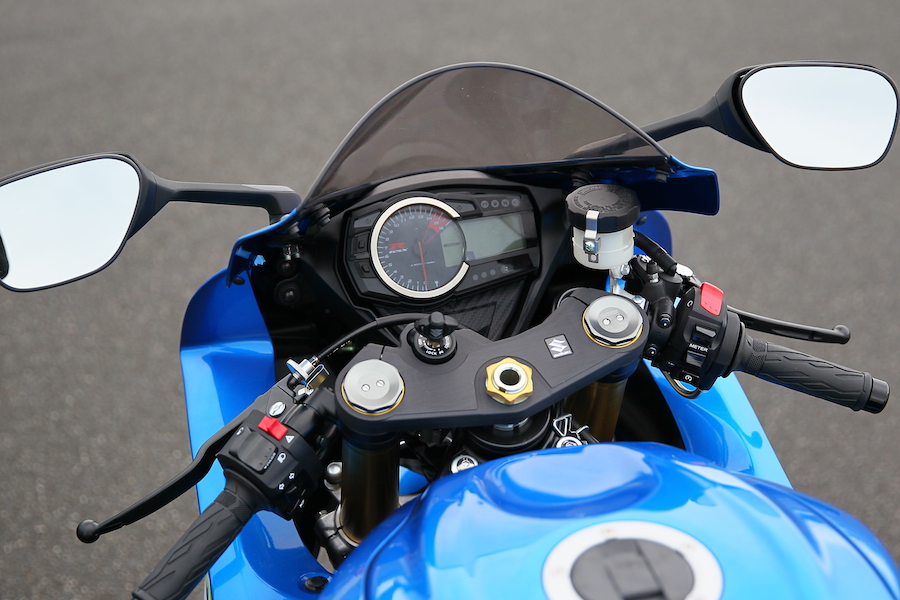 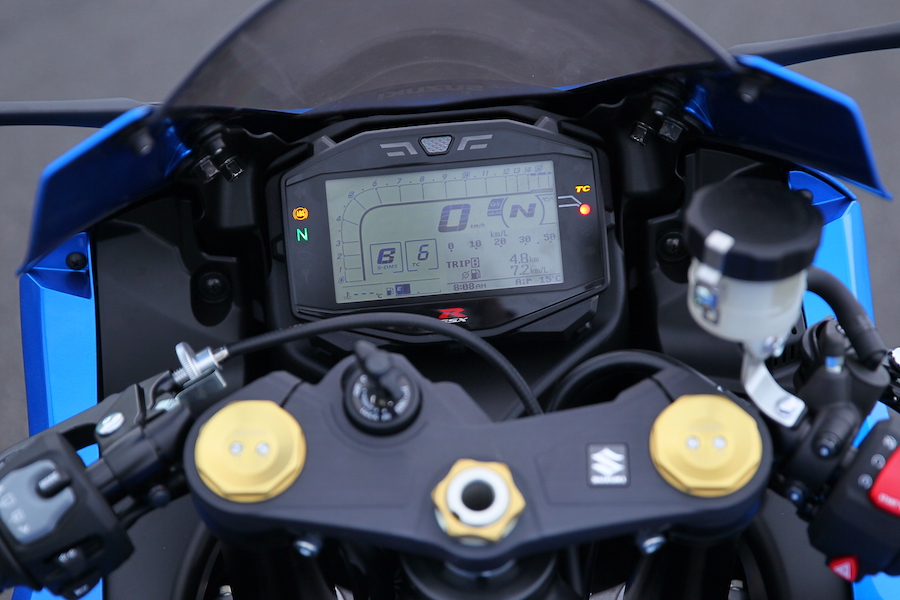 I’ve ridden a lot of 600cc machines in my time and, because of their light weight and smaller stature, they’re generally great handling and easy to ride if done well. And while they’re good fun to wind up and extract the best from that screaming at the top of their rev range, I’ve always found their larger, torquier counterparts more engaging and, frankly, easier to ride fast.

In the case of the GSX-R600, I was almost certain that a similar set of circumstances would occur so initially I regarded my time on the 600 as a way to get my eye in at the fast and flowing Phillip Island Circuit, the perfect warm-up session for the bigger beasts that were to follow.

It’s been seven years since the GSX-R600 has had any serious update but then it lost a significant 10kg over the model before it. And that’s a significant amount of weight when it comes to the way the bike feels both out on a racetrack and around town.

The 599cc engine is very smooth and sweet with all the internals needed to make the bike feel good out on track. It comes with a slipper clutch and a very slick six-speed box. Suzuki’s dual throttle valve (SDTV) system creates a very linear power and a surprisingly high amount of torque at almost 70Nm. And with its 92.5kW, this modern 600 outperforms the first GSX-R750 from 1985.

The frame is an aluminium twin-spar item and although it hasn’t been changed for quite a few years it’s a purler. There’s no secret in racing circles that the 600 has one of the nicest chassis in the class which allows it to out-handle some of the more modern and more powerful machines.

The suspension is top quality too, Showa BPF (Big Piston Fork) up front and a fully adjustable matching unit on the rear that even has the capacity to externally adjust high- and low-speed compression.

When you add a set of Brembo Monobloc calipers to all of the above, you start to realise that Suzuki wasn’t mucking around when it put this little 600 together all those years ago.

Heading out on track for my first session, the ergonomics felt comfortable and intuitive.  And while I was a little concerned at first rolling around on standard tyres,  the Battalax BT20 Bridgestones worked brilliantly from the very first lap.

As I warmed into things, the GSX-R started to feel like an old glove allowing me to explore its limits with plenty of feel and feedback. And allowing riders to flirt with the edge in a wholly satisfying and un intimidating way is by far the best thing about Suzuki’s 600cc supersport offering.

On the straight I saw 270km/h on the speedo which is nothing to sneeze at and shows just how far these little bikes have come over the years. It doesn’t tear your hands off the bars as you squeeze the throttle on and, even though there is no traction control, it feels like you can’t make a mistake because the entire package feels like it’s made to accept a lot more power. In fact, it is. When my time with the 600 was over I was in the groove and in an inquisitive mood. The GSX-R750 is the bike that I had most questions about. After all, there is no race class for a 750 anymore and it’s only a smidgen bigger than the 600. Really, what’s the point?

In the sales race the 750 still sells a lot of units proving that Suzuki made the right choice by retaining its ageing services, but it’s essentially a bored and stroked 600. It shares the same Brembo Monobloc calipers, Showa suspension and even the same titanium intake valves. Both are fitted with switchable engine maps, adjustable foot pegs and the back-torque slipper clutch. In fact, the only physical differences between the bikes is the bore and stroke which bumps capacity up to exactly 750cc. Oh, and instead of the 600’s Bridgestone BT20 rubber, the 750 was shod with BT106s instead.

But the differences out on track are quite remarkable. The 750 produces a much torquier power at lower revs that seems to pulse through the bike. It’s livelier than the 600 as you pick the throttle up, but it retains the 600cc safe-feeling composure. It doesn’t break away in the rear under power but instead drifts, which signals a very composed motorcycle out on track. Its power is a really practical balance of being a help of fun in an environment like this, but not too much for the everyday rider. It’s a bike that will east 600cc machines for breakfast and effortlessly keep up with a lot of 1000cc machines, but for much less outlay.

And that is the big advantage of the Suzuki GSX-R750. It’s considerably less expensive that today’s current crop of Superbikes and, aside from things like lean-angle sensitive doo-dads and whatsits, the engine is still in the ball park and you’re somewhere around $10K better off. It’s actually good bike to learn how to slide the rear on without any of that electronic intervention, its just got enough power to get it drifting without going over the top.

It’s earlier power delivery is probably an advantage over the high-revving 600 on the road, it’s a great all round package and it scores 10 out of 10 in terms of bang for your buck. There’s no denying a bike’s capabilities when it has claimed 10 Australian superbike championships since 1987. No one should be surprised that the latest generation launched in 2017 not only raised the bar in terms of superbike technology, but went on to win the Aussie superbike title, the Isle of Man’s Senior TT and the Moto America Superbike title on its debut.

Two versions of the Suzuki flagship are offered, the standard base-model GSX-R1000 and the up-spec GSX-R1000R which has added extras to give it the edge of the racetrack. There’s launch control, higher-spec BFF front Showa suspension and the latest BFRC Showa shock, plus a quickshifter. And it was this top-shelf R-model which was idling away in pit lane.

I attended the Australian launch of this machine last year so I was looking forward to re acquainting myself with the model that formed the basis of the 2017 ASBK winner. But I was enormously intrigued, too. Because after jumping off a thoroughly capable and quick GSX-R750 not a few minutes earlier, I was worried I wouldn’t be able to justify the extra $12,000 or so to have the R-model in the shed.

Out of pit lane for the first time and before I had even reached Southern Loop and on cold tyres, I’d already understood. This thing is an absolute rocket ship. There’s no two ways about it, this thing is designed to demolish a racetrack. With near double the torque output of the GSX-R600, you need to know what you are doing when you are on top of this beast. It’s got 148kW of brute power that just sends it into hyper drive every time you squeeze the throttle. In fact, these bikes are capable of lapping within a few seconds of MotoGP times with old a few modifications and some sticky rubber.

It gives perfect feel to the rear tyre but it’s the precise handling which blows my mind.  Like its two smaller siblings, the chassis offers awesome handling but in a completely different way. The others’ handling is aided by not having to harness huge output capabilities, but the way the 1000 deals with its tyre-spinning, frame-flexing grunt is something else entirely.

The way Suzuki has built the right amount of flex into it to make it all work and gel is, for me, the stand out feature of this machine.

The electronics also leave the others behind, there’s fly by wire, an IMU, lean angle-sensitive ABS, traction and launch control – it’s got the works. And the beauty of that is you can actually dial in an easier, friendlier bike. Flick a few buttons and let the electronics transform it from a rocket ship to a pussy cat. And there’s your extra cash. This is by far a raw and fire-breathing superbike, but more of a computer-controlled cruise missile.

By the way, I saw 290km/h on the speedo and closed my eyes after that. Suzuki is planning more of these Sportsbike Track Day experiences which will give you the opportunity to experience the firm’s flagship 1000cc machines on the most picturesque racetrack in the world. And we don’t have tell you the difference between rolling out of pit lane at Phillip Island and rolling out into traffic outside your local Suzuki dealership. The next one is planned slated for 1 February at Phillip Island’s Grand Prix Circuit. For more information visit