Scouting The Wall of Death

Once the mainstay of carnivals and county fairs across the USA, the first Wall of Death appeared at Coney Island in 1911. Directly descended from the wooden motordrome motorcycle race-tracks of the early 1900s, it wasn’t until 1915 that the first ‘silodromes’ with completely vertical wooden walls began to appear.

Of course, the motorcycle of choice for these spectacular and death-defying displays of riding were the first generation 37-cubic-inch Indian Scouts.

The Wall of Death became a worldwide phenomenon of speed and fury, drawing massive crowds each time one was set up. It was a spectacle like no other, with lions sometimes being released into the arena to increase the thrill for the spectators, who could already not believe their eyes as they stared down into barrel at riders defying death at high speed.

Only two Wall of Death riders, both riding pre-war Indian Scouts, Jay Lightnin’ (2014) and Samantha Morgan (2006) from the American Motor Drome Company, have ever been inducted into the Sturgis Motorcycle Hall of Fame.

To honour the Indian Scout, which has always been the first choice for death-defying Silodrome riders, Indian Motorcycles is releasing a very limited run of custom-built Wall of Death Scouts.

Created by Johnny Gee of Antique Motorcycles in Melbourne, these stunning and exclusive customs were something Johnny had always wanted to build.

“I have been a huge fan of the Wall of Death for years, and when I saw the Scout, I thought it was a great platform for a custom bike that celebrates the most dangerous and daring motorcycle show on earth,” Johnny explained.

“Indian Motorcycles has an unbelievable heritage and the Wall of Death is just one part of that,” Peter said. “Teaming up with Antique Motorcycles to pay homage to the daredevils of the past, along with the resurgence of the Indian flat-trackers, shows the new Indian Scout is already forging a new history for itself. Indian is moving into the future with all its guns blazing.”

There will be a fully-customised Wall of Death Scout on display in each Indian Motorcycles’ dealership around Australia. You’re more than welcome to come and marvel at a custom-build like no other. 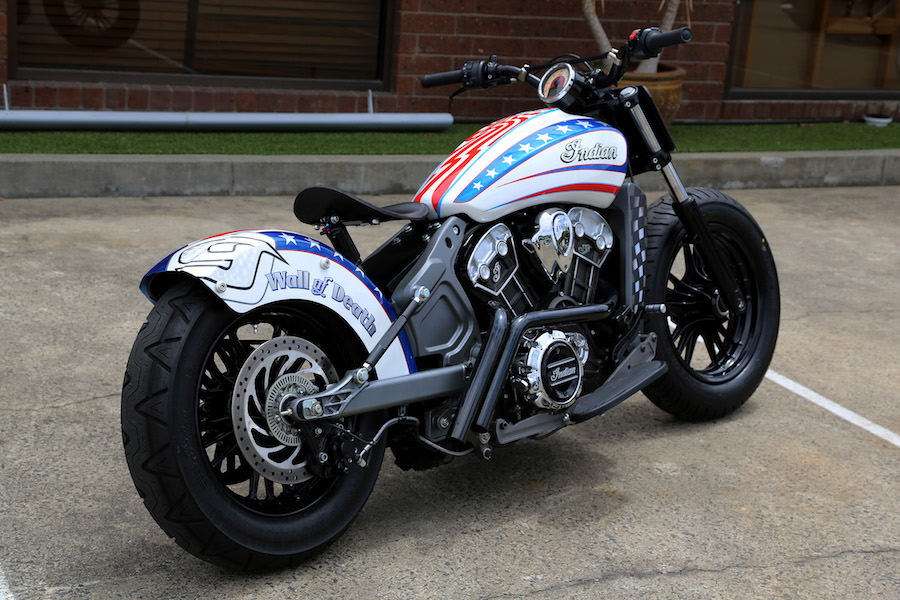 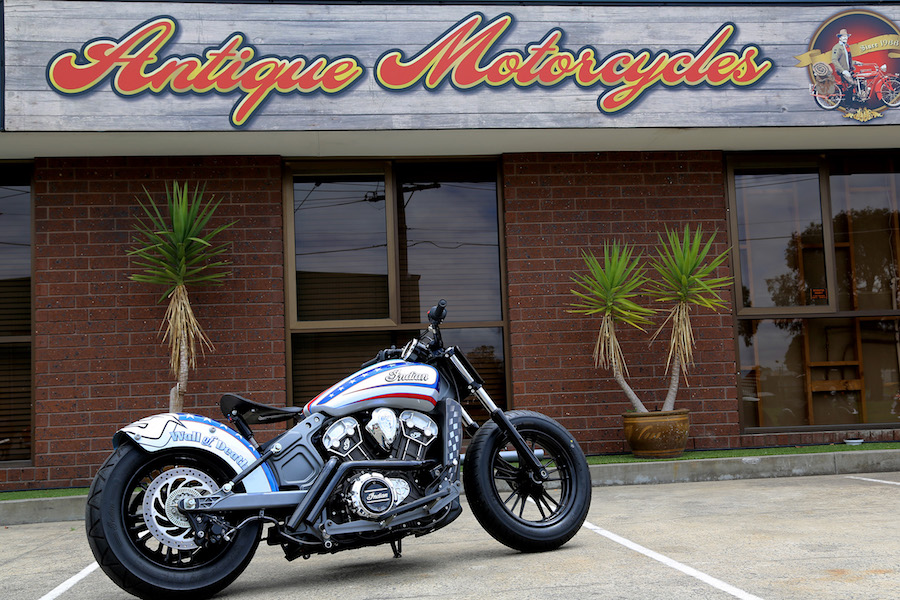 Bridgestone may no longer be producing tyres for MotoGP, but the race-bred technology is still filtering down into its over-the-counter rubber... Read the feature article in AMCN Vol 65 No 20