Designs for an unseen Yamaha three-wheeler have emerged via the Japanese patent office – adding to a growing body of evidence that shows the firm is planning a sporty leaning trike with a much longer, lower look than the existing Niken.

The new design is very clearly a development of last year’s MW-Vision concept, which was unveiled at last year’s Tokyo Motor Show. The new machine shares the same front and rear suspension components and similar styling themes but with a much more conventional motorcycle-inspired shape. Where the MW-Vision had a car-style seat, a wrap-around screen and a roof over the rider’s head, the new design looks like a futuristic touring bike crossed with a scooter. The seat and controls are relatively conventional, with an armchair-style pillion saddle.

Larger-diameter wheels than the MW-Vision help to visually offset the bike’s extended wheelbase, and there’s a hint at its technical make-up, with an exhaust pipe emerging from each side and exiting from the back of side pods that also appear to house the engine’s radiators.

Those exhaust pipes show that there’s a petrol engine mounted in the front section of the bike, just behind the front wheels. How is it getting power to the rear wheel? If this bike uses the same technology proposed for last year’s MW-Vision, the engine is purely a generator, charging batteries that power an electric motor that drives the wheel. It’s a so-called ‘series hybrid’ setup, as featured on some cars – notably the Holden Volt (sold elsewhere as the Chevrolet Volt and Opel Ampera) – that’s intended to give plenty of range while using a relatively small, light battery pack. The petrol engine would run when the battery gets low, revving at a constant, efficient speed, to make it cleaner than a normal petrol-powered bike could be.

These designs clearly don’t show a production machine; this is a concept bike, but the decision to call-off most of this year’s major motorcycle shows means there’s no platform to unveil it. Normally designs like these are timed to appear in patents after the bike in question has been officially unveiled, but the COVID-19 pandemic might have made that impossible.

Yamaha does have plans for a production machine with this sort of style, though. In a planning document published early last year, the firm showed the silhouette of a very similar-looking bike as part of its ‘LMW’ (leaning multi-wheel) range. The firm also bought patent rights to this double-wishbone suspension system from Norwegian firm Brudeli – which made small numbers of KTM-based ‘Leanster’ bikes using it – in 2017, and has since used it on its own patents including designs for a three-wheeled version of the TMAX 560.

It’s also worth bearing in mind that the Niken three wheeler was previewed not once but twice in concept form. First there was the ‘01GEN’ concept in 2014, followed by the more production-style MWT-9 concept in 2015, before the production version appeared in 2017. Is Yamaha following the same game plan with this design, showing it first as the roofed MW-Vision, then as this more motorcycle-style design, before unleashing a production spin-off? 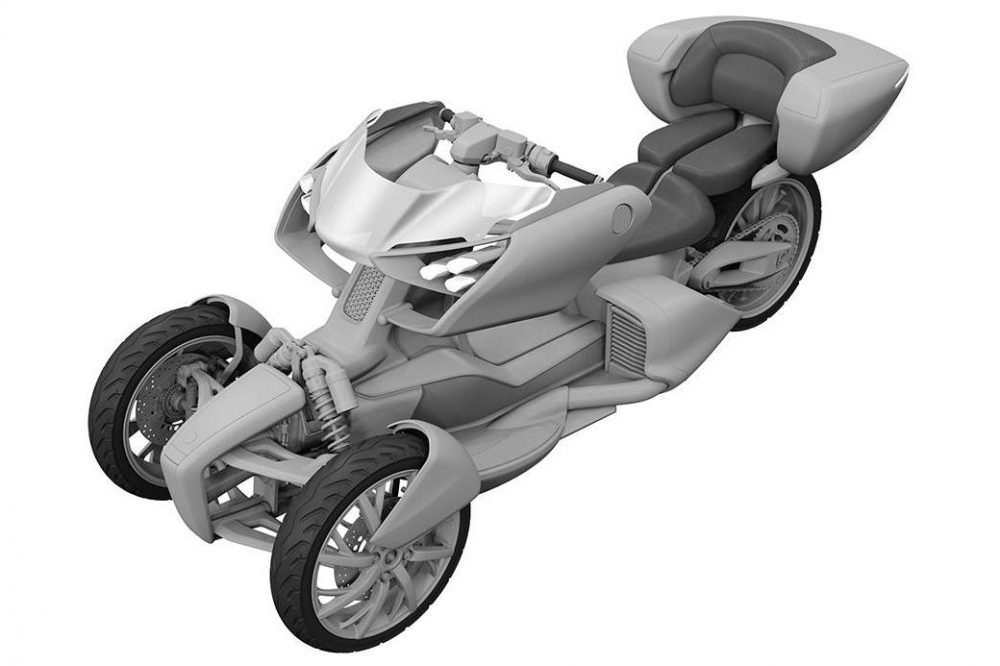 LAMS legal and licenced to thrill. We put very different capacity learner-approved sportsbikes to the test on road and track

JOURNEY TO THE EDGE - EPISODE 7

The Australian Motorcycle Grand Prix has released its 2019 campaign, Journey to the Edge, which draws on the experience of fans to promote the 2019 event.  The eight-part web series chronicles the annual pilgrimage of a bunch of die-hard fans from across Australia to Phillip Is