When released in 2015, Yamaha’s Tracer gained a reputation as a well-built, value-for-money sports tourer. For 2018, Yamaha has given the Tracer 900 an upgrade.

The past 12 months has seen electronic safety systems and super-smart riding aids take another leap forward. Items considered cutting edge in 2017 became accepted, and even expected in 2018. Features which were only found of high-end sportsbikes until recently, can be found on bikes carrying a mid-teens price tag.

This almost unstoppable march towards crash-proof and autonomous motorcycles may be impressive, but it has meant a new type of rider has emerged, one who is seeking to enjoy motorcycling in its purest non-digitised form. The result is a broader range of motorcycles than ever before are now available, and our roll call of 2018 Motorcycle of the Year finalists is a snapshot of the 2018 market and a glimpse ahead to 2019.

This year’s MoTY line-up covers the LAMS, mid-capacity naked, big-bore naked, sports touring, superbike, power cruiser, and adventure segments. No matter what kind of bike you’re into, someone has improved it or made a new one for 2018. Riders have never had it so good. When released in 2015, Yamaha’s Tracer gained a reputation as a well-built, value-for-money sports tourer. A lively 847cc triple cylinder engine wrapped in a nakedbike chassis with a few upgrades for touring.

But as good as that engine is, it couldn’t make up for the lacklustre suspension that struggled under the weight of touring duties, there was also the added cost of panniers if you wanted to use the bike for its intended purpose, and the slightly cumbersome hangers required to fit them.

For 2018, Yamaha has given the Tracer 900 a slight upgrade; but more importantly, it has also released an up-spec Tracer 900 GT. On paper, the GT’s upgrades looked to be MoTY material, Chris Dobie attended the Australasian launch of the new model and returned singing its praises. “Splashing out an additional $1500 for the GT over the base model is a no-brainer,” he said. It gets you all the good stuff on the base model plus a full-colour TFT dash, panniers as standard, heated grips, cruise control and an up-only quickshifter. The most significant upgrade is the fully-adjustable KYB fork and a new rear shock that’s adjustable for rebound damping and preload.

Mark Penklis, the proud owner of a 2017 Ducati Multistrada and a big fan of sports-touring bikes, gelled with the Tracer 900 GT early.

“I like the way triple-cylinder bikes produce their power and I love the sound of this one,” he said. “For $16,990, it’s bloody good value. It’s got quality TFT instruments and a new integrated pannier hanger system which is a huge improvement. I’m still not sold on the suspension, the GT is better than the base model, but it’s still a bit soft for me.”

Throughout the voting process, the Tracer GT methodically clocked up a cache of MoTY points in all criteria. Sitting above the sweet-spot five-points for build quality, it also scored into the sixes for technology and performance before peaking into the eights for value for money and riding confidence.

Comfort wise, Paul Andrews felt the forward tilt of the seat cost the bike a few of comfort points.

“I  constantly had to push myself back in the seat, it became quite tiring after a while, and when pressed against the tank I felt the edges of the seat cutting into the back of my legs,” he said.

Alex Penklis summed up the team’s thoughts when he asked: “What more would anyone want from a sports-touring bike? The only things this bike needs is a pipe and a rear spring.”

As each of the test team sampled the Yamaha, they came away impressed. It was appearing the latecomer to the MoTY party was in with a real shot of taking the honours. The Yamaha Tracer 900 GT has one of the best riding positions of any sports-tourer. When you jump on this bike, everything falls perfectly to hand, and within a couple of minutes the bike feels like a comfy pair of slippers. That’s not to say the 847cc triple-cylinder engine is any slouch, quite the contrary – the engine is spirited with an good balance of power and torque which is typical of three-cylinder engines, and when coupled with the up-only quickshifter it provides a solid sports tourer-level of acceleration.

The Tracer 900 GT has upgraded suspension over the standard model, allowing the bike to steer with precision on all road conditions. The slightly longer swingarm included in this update has improved stability over the previous model. As with most factory settings, the front-end had a bit of dive under heavy braking, but that was dialled out via the fully-adjustable KYB gold front fork. The twin rotors up front were effective with good initial bite and good feedback through the lever.

The colour TFT display is bright, and the thumbwheel interface is easy to use with clear menus and display options.

The build quality and finish are top notch, and the package matches more expensive sports tourers on the market. 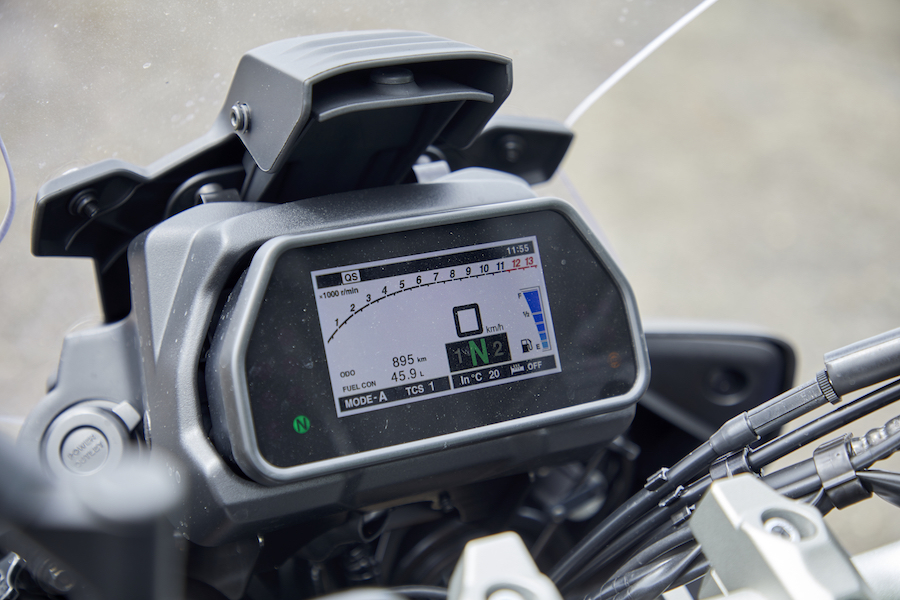 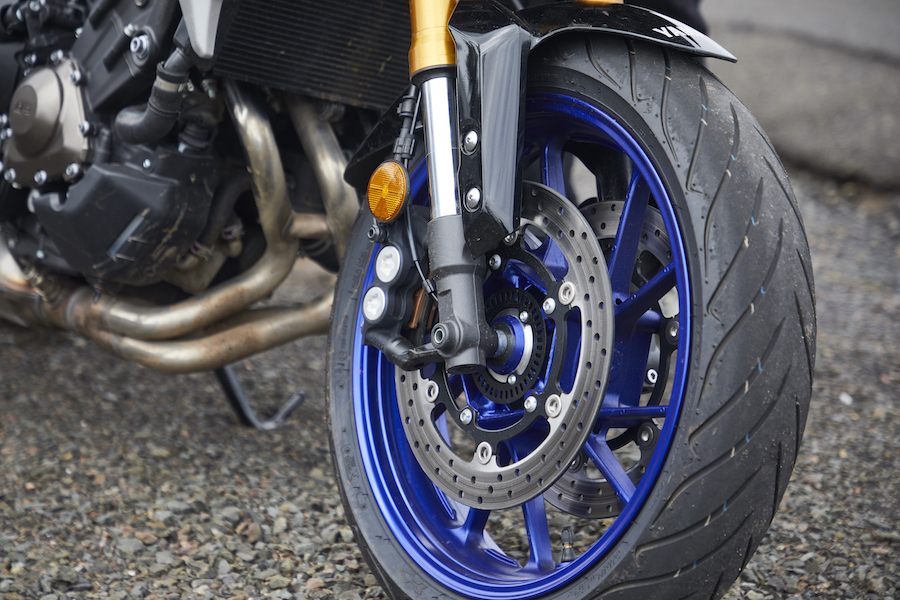 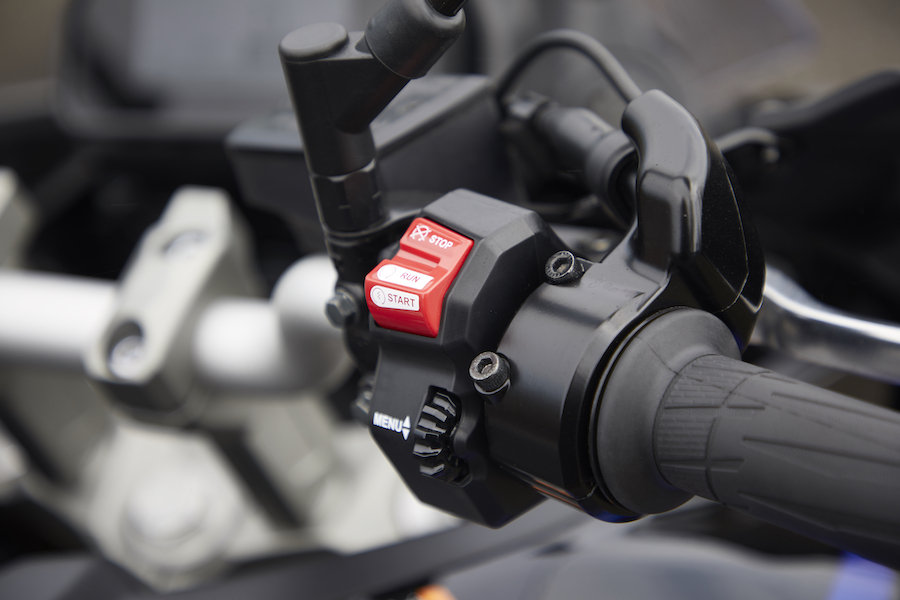 One of these machines has been crowned the 2018 Motorcycle of the Year!

As appeared in AMCN Magazine Vol 68 No 12