Is Yamaha about to facelift its hugely successful MT-07? A newly-filed patent suggest the answer is ‘yes’.

The patent specifically refers to a type of LED light unit with a tightly focussed beam, which promises improved night time performance but requires multiple units to be used to get a proper spread of light. As well as better performance, the LED units allow more flexible fitment options and are small enough to slide between the fork legs and steering stem tube, setting them further back than would be possible with a single, larger light.

What’s it got to do with the MT-07? Well, the patent includes drawings of the light units fitted to several bikes, but most a generic-shaped machines. Only the MT-07 is easily recognised and it’s also used for some much more detailed pictures, including specific details of the light mounting brackets and the cosmetic bodywork around the lights.

On the MT-07 application, four of the LED units are used – two either side, stacked vertically and under a separate outer lens for each side, giving a distinctive ‘face’ to the bike. 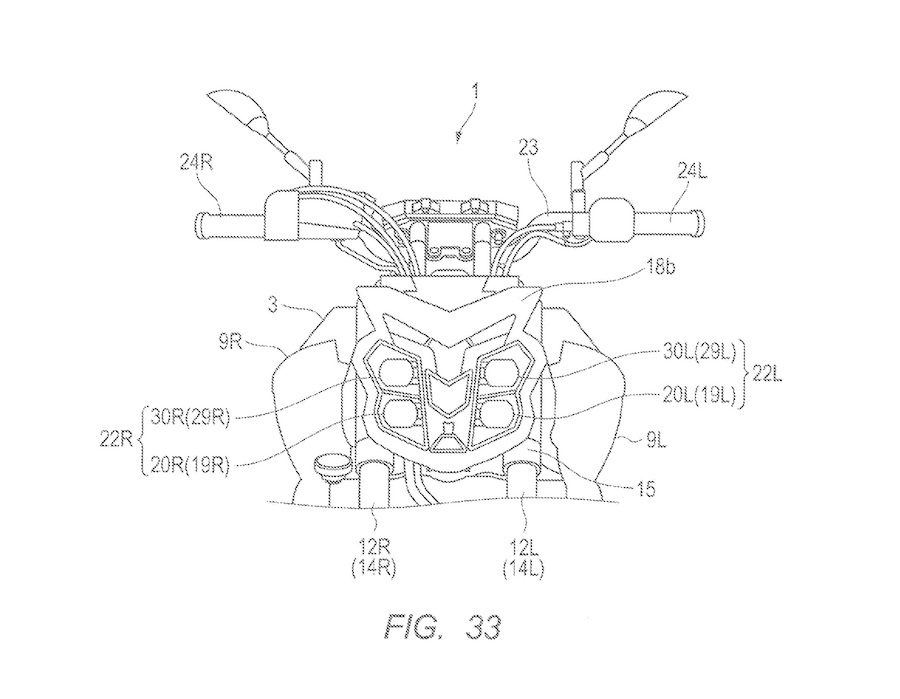 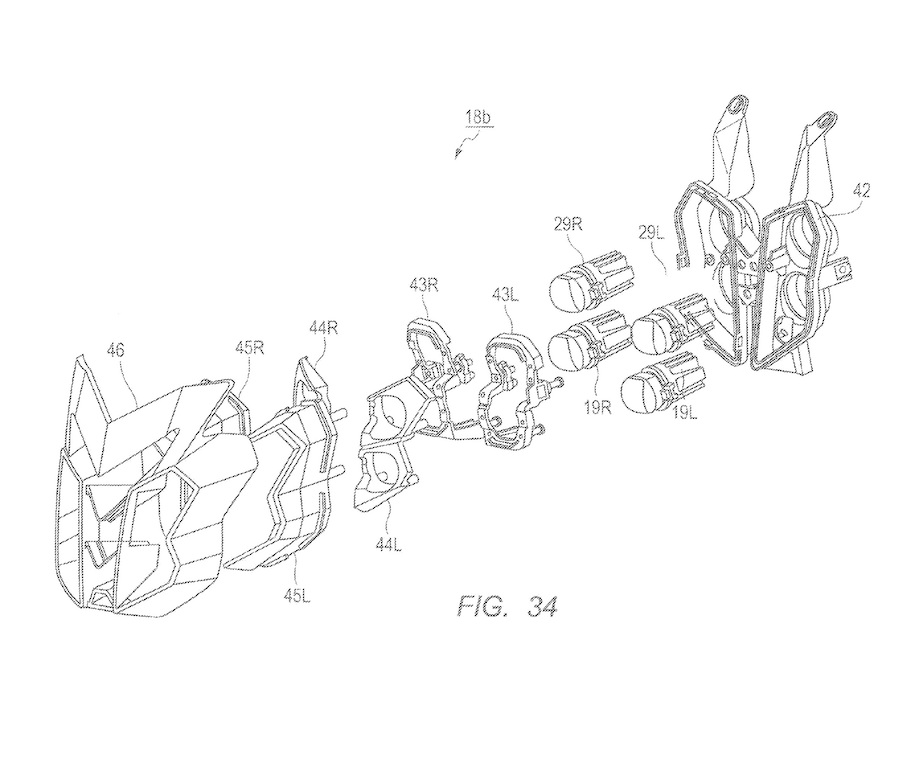 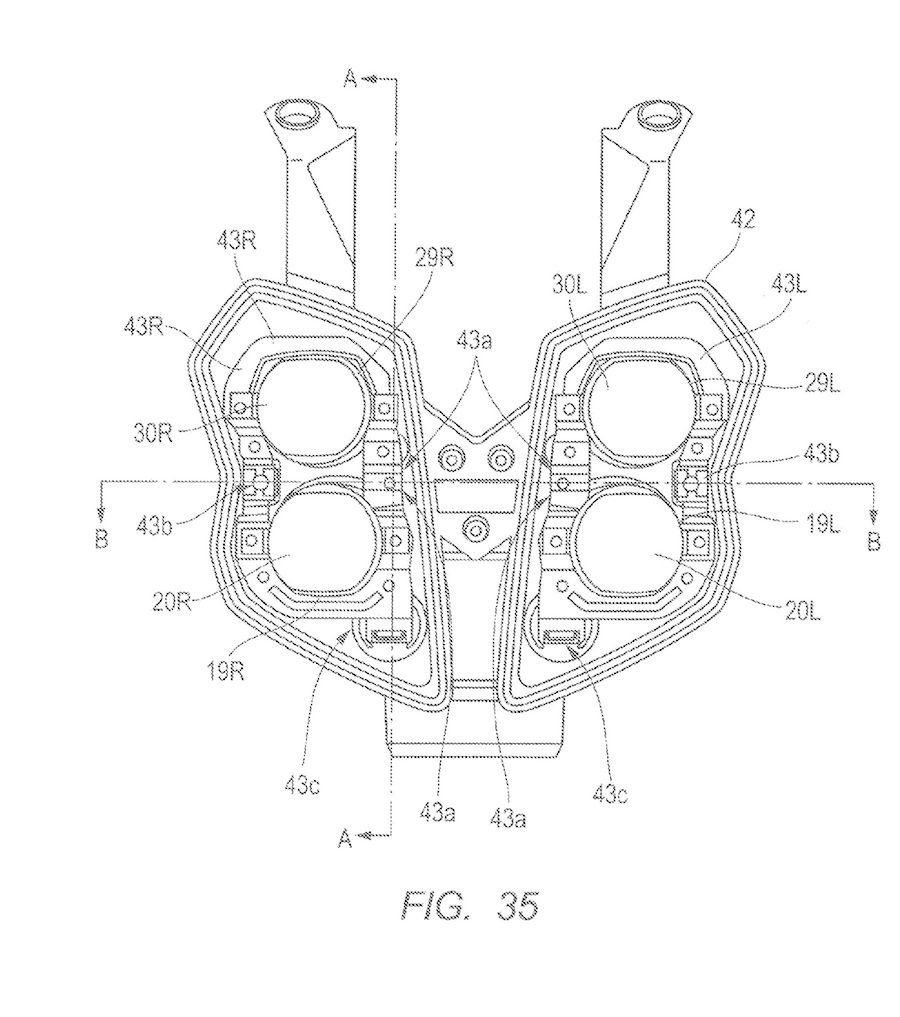 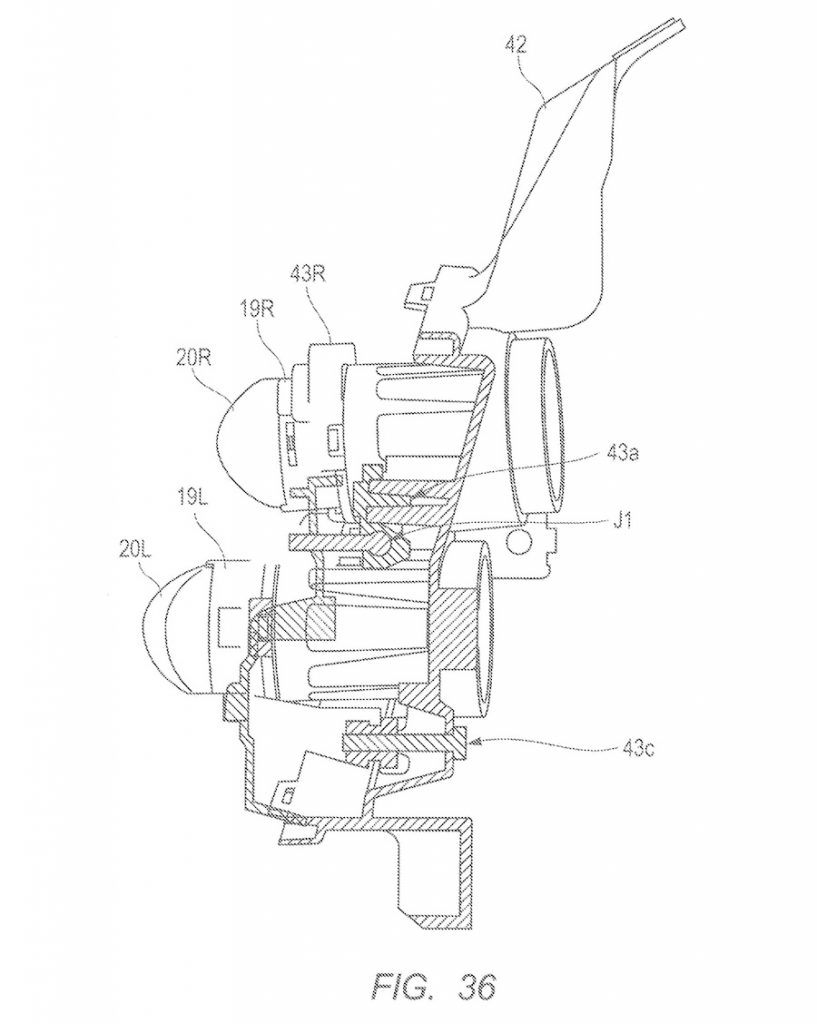 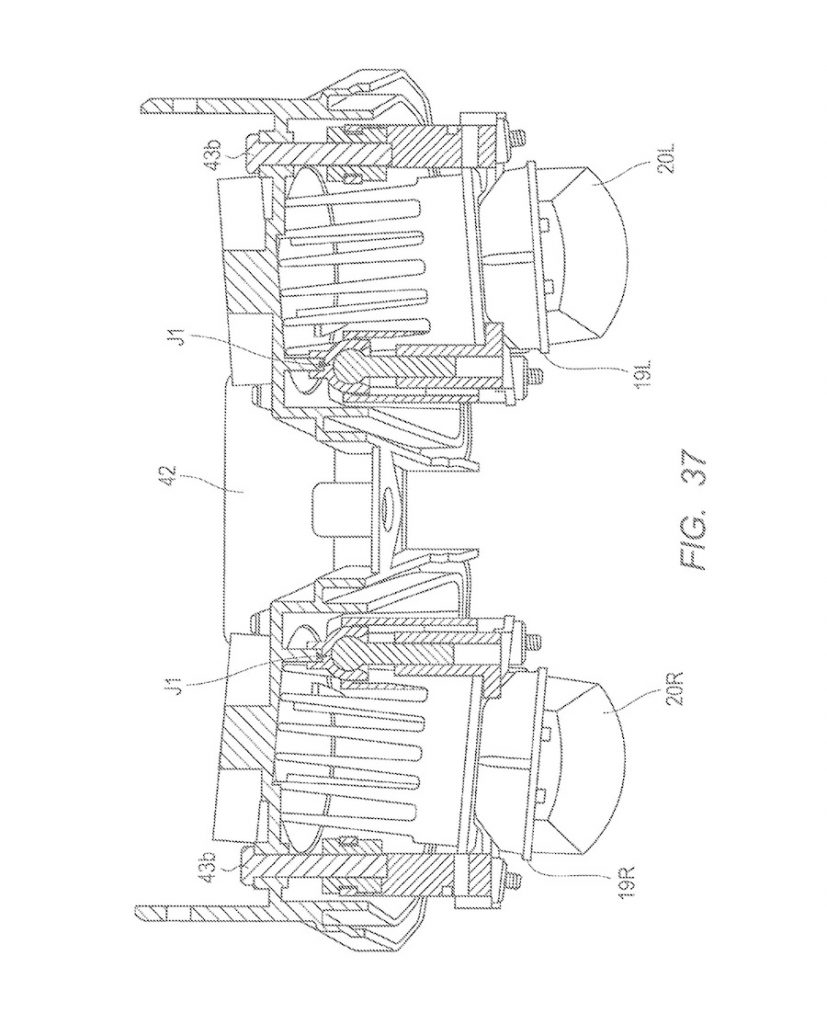 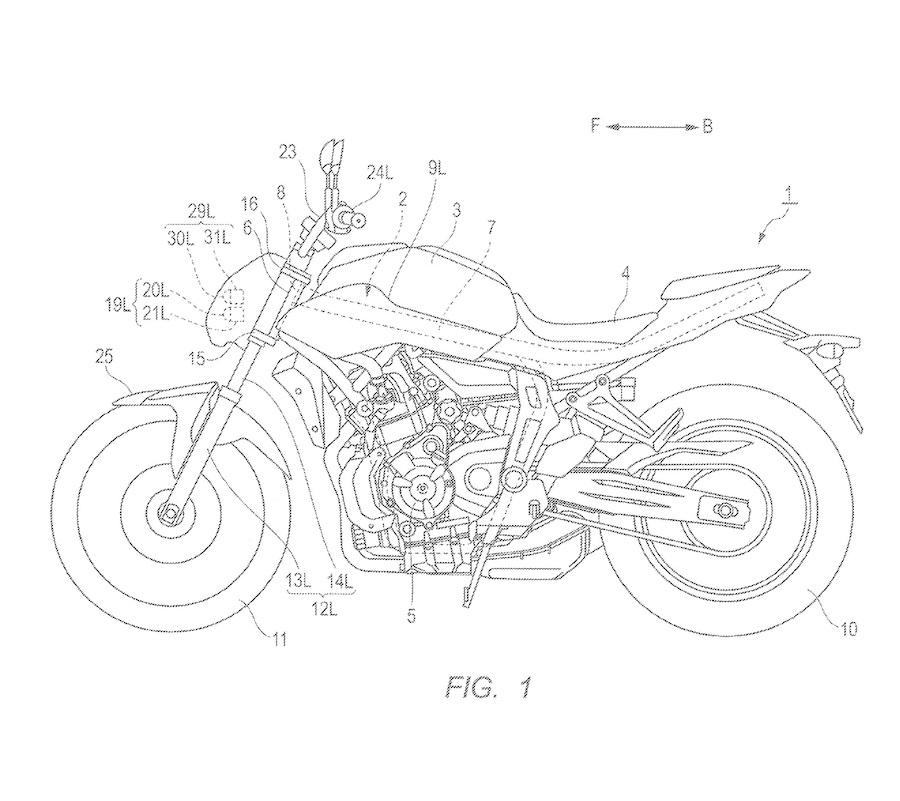