We have so many questions of this bike, a single test was never going to cut it. But six months will!

Yamaha has done an excellent job of launching the Niken – so much so, the novelty value of its monster-ised front end is beginning to wane on the general riding public, if not be actually accepted. Yet.

Our mega-quick road tester, Gareth Jones, enjoyed the concept at the official launch (Vol 68 No 12) exploring and explaining its dynamic handling well, but it’s fair to say a bike that goes about its business so differently to anything else will take a lot more than a carefully orchestrated launch to really understand. So we’re adding one to the AMCN long-term stable.

I get the twin-scoop front end. During my first ride, I instantly appreciated how much solidity it offered mid-corner. If I have a fear of riding fast on the road, it’s losing the front end and being able to do nothing more than tuck into a snowball and hope for the best. The Niken mitigates that. But I ride motorcycles for a lot more than mid corner front-end feel. Living in Sydney, the ability to lane filter is crucial, for instance, and staring at that wide nose and fixed mirror set-up, I wondered what sort of compromises the Niken’s broad snout demands in the gap between traffic on Pennant Hills Road. As it turns out, the inability to wiggle the mirrors between cars is the main downside to filtering on this thing. Its total width isn’t much more than the MT-09 it’s based on, and only 120mm wider than a Tracer at the bars, but it’s the lack of flexibility that holds it back here.

More time and I hope to find a more bulletproof method for negotiating stalled traffic. For now, it is marginally harder than a regular motorcycle – a bar-mounted mirror option could also help here. Another real-world concern is garage space. It takes up almost twice the room. Getting a bike out of my crowded shed used to be a ‘spin on the sidestand’ affair, not something the quad-fork arrangement allows. Some creative re-ordering and it slides in and out okay, now, as long as I reverse it into its spot (and no, there’s no reverse gear).

The next question I want answered, and it will come with some more riding time, is how does the single rear wheel hold up to the tenacious grip of the front? I want a balanced bike, and while first impressions (and a read of Gareth’s test) indicate Yamaha has done a good job of making each end work amicably, despite different levels of grip and feel, I need to feel this for myself. I also want to know what happens if I land a wheelie slightly crossed up…

Other first impressions are that it is very much like a motorcycle to ride, once you have wrestled it out of the shed and that cars get the hell out of your way when it arrives in their mirrors. Road presence is excellent. That said, the kids that normally wave, tend to just plain stare. Lucky I am not shy – this thing looks like an alien invader on the road and draws the relevant reactions.

For now, I’m going to get some kays on it, fix the quickshifter which isn’t working on this particular bike (Yamaha is all over that) and see how well it fits into my motorcycling life. 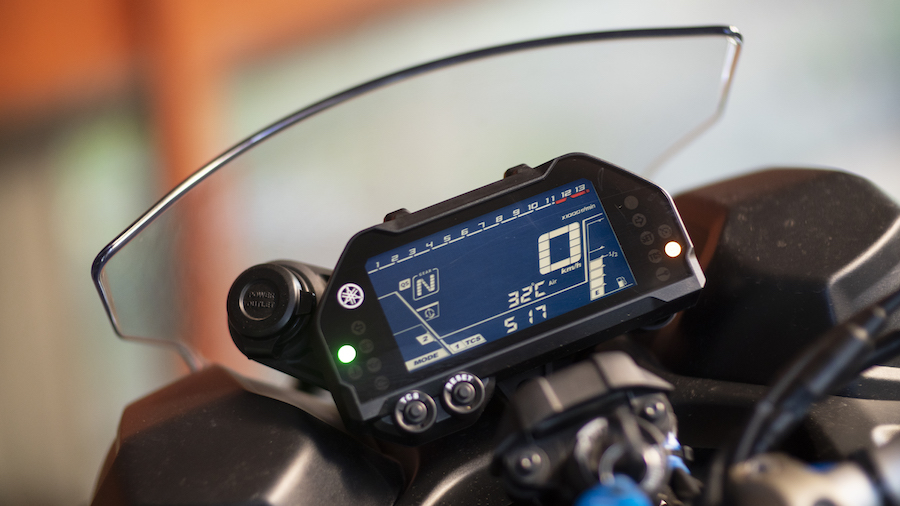 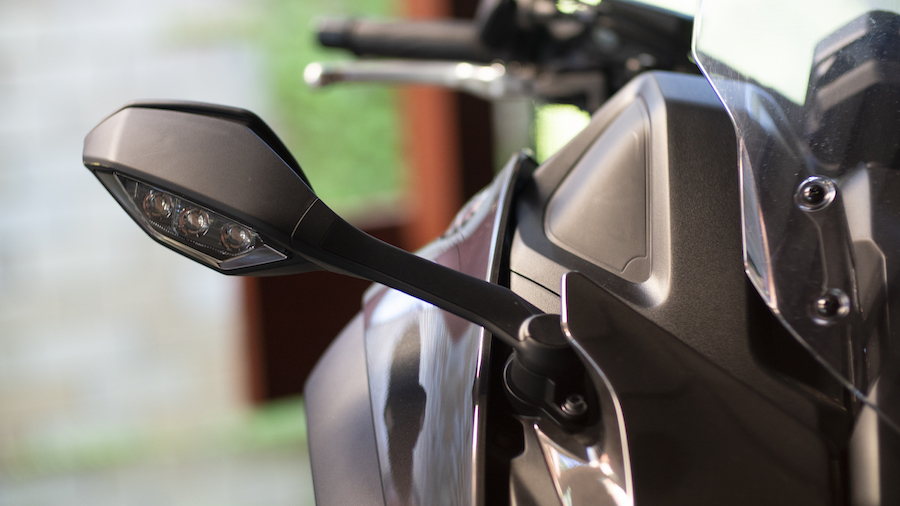 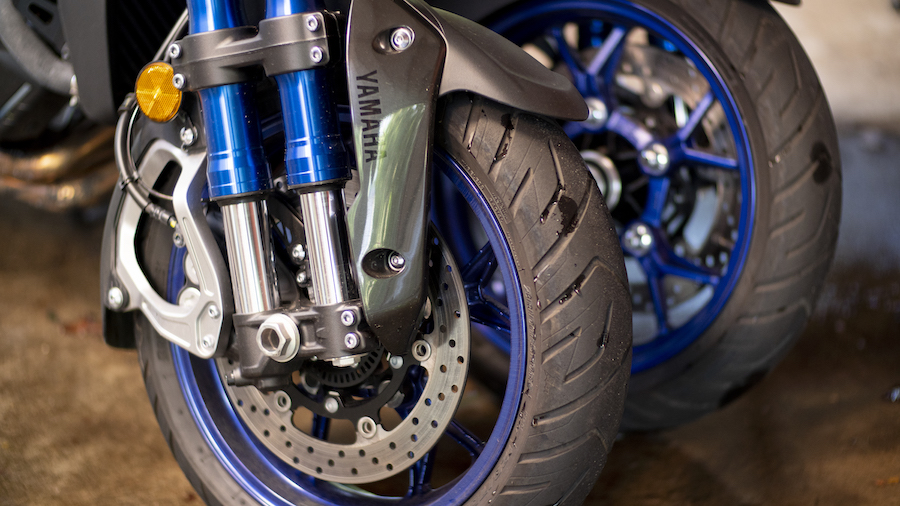