With some track time on the cards for our MT-10 Long Termer, we decided to go with some sticky new rubber

Repossessing our long-term Yamaha MT-10 from the hired guns who had spent a couple of months enjoying its company required a trip through the Royal National Park. And a pitstop at the café at Bald Hill gave me time to think about our next move with Yamaha’s biggest MT.

We already have plans to fit a Power Commander supplied by the Australian distributor, Serco. Once that arrives, we’ll send the bike over to Dave at Dynobike in Moorabin, Vic, to wave his dyno tuning magic wand over the bike. From there, it’ll get shipped across town to Darren Sciberras, Jed Metcher and the team at Race Center where they’ll get to work on the fork and rear shock, fitting their in-house developed DB-02 suspension upgrade. But to be able to set a base point I decided a track day at Wakefield Park was required, so I also took the opportunity to fit a sticky set of boots, Pirelli’s new Diablo Rosso Corso II tyres which I tested earlier this year (AMCN Vol 67 No 22).

The impressive level of grip offered by the five-track, three-compound rear tyre and three-track two-compound front tyre of the new DRC II tyres is ideally suited to a big, grunty bike like this which produces dollops of low-range torque.

Because the mercury was hovering around five degrees at the Goulburn-based circuit, I opted for tyre warmers. At the world launch in South Africa, the low- to mid-teen ambient temperature meant tyre warmers were not required for our track test. And because the DRC II is designed primarily as a road tyre, with a healthy slant towards track-day use, the compound has a super-fast warm-up time. Pirelli confirmed I should be using pressures of 35psi (front) and 36psi (rear) once the tyres had been cooking on the warmers for an hour. The logic being that as soon as the tyres hit the cold track, the temperature and pressure is sucked
out of them very quickly. 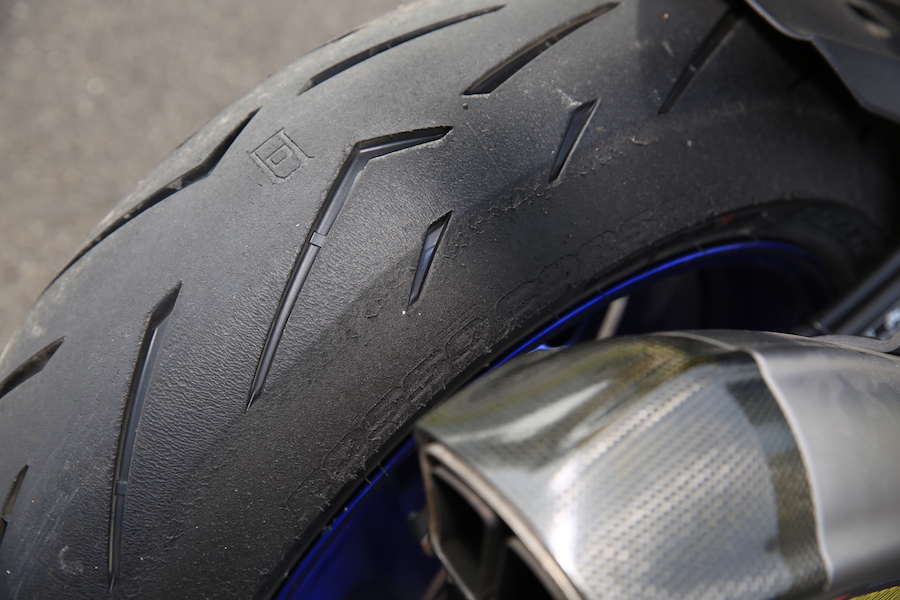 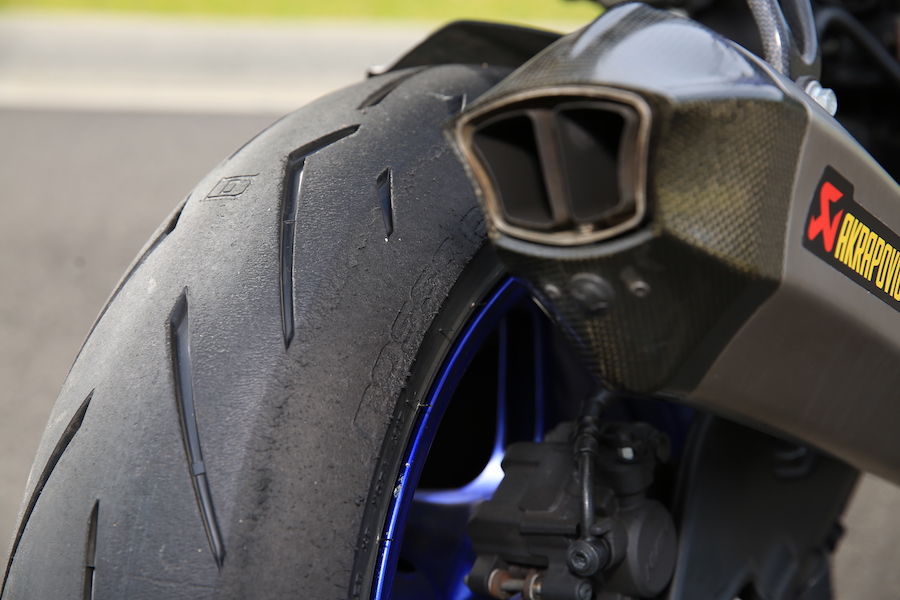 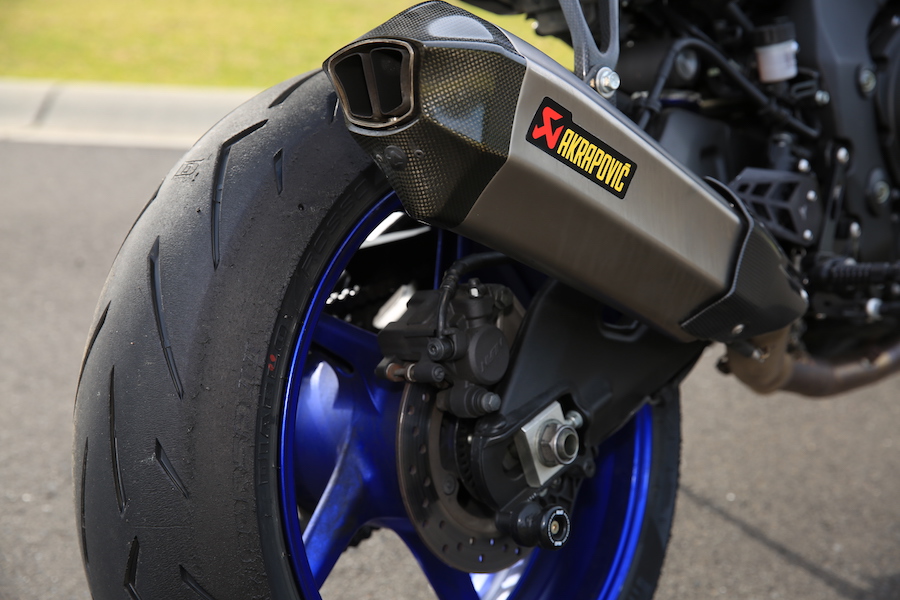 I rate the new Pirelli hoops highly, and it didn’t take long before I was pushing the limit of where I like to ride at a track day. That point was when the MT-10 began to wallow around on its suspension.

A bit of a fiddle with the front and rear rebound and compression allowed me to push a little further, but by then I’d set a good base point to see what improvements the guys from Race Center can deliver. I also discovered that with the Y-Shop rearsets fitted, the pillion pegs get in the way of my big hoofers. Removing them was a two-minute job, and I feel it improves the look of the bike, too.

After five 15-minute sessions, the rear Pirelli was beginning to display its displeasure with the snatchy, lightswitch throttle response, something Dave from Dynobike is planning to rectify with the Power Commander.

So now it’s time to load the MT-10 onto a truck and send it south. Maybe there’s time for one more blast through the National Park before I do. 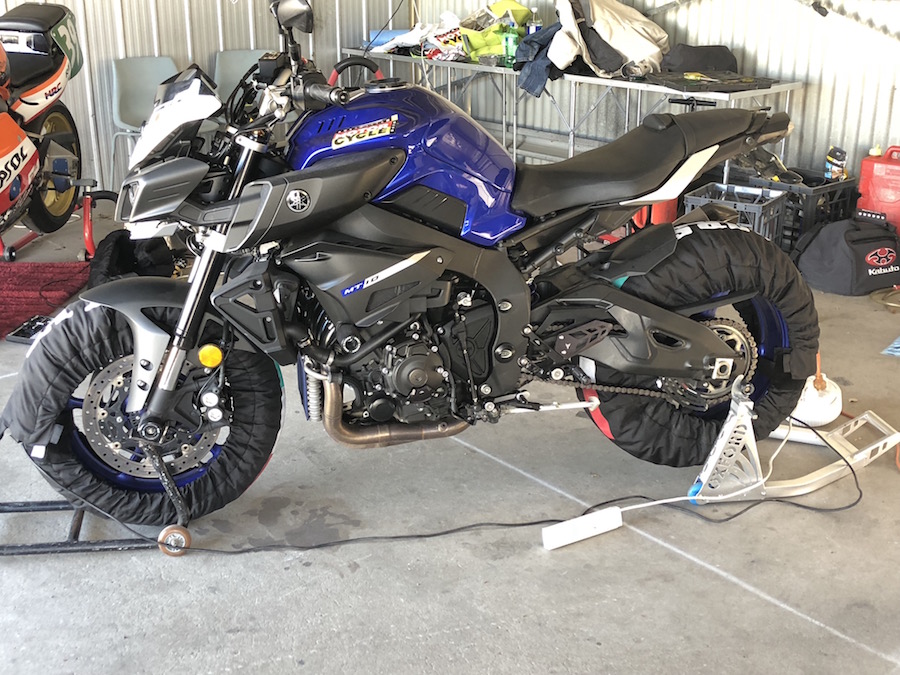 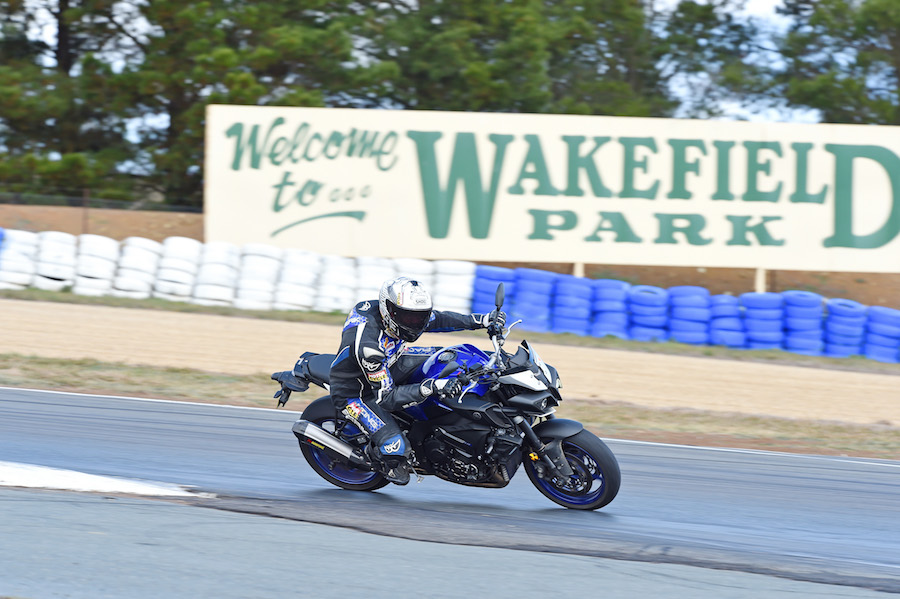