There has been much anticipation since first revealed details last year of the new middleweight parallel-twin adventurer-tourers from Yamaha and KTM.

Now pricing and Australian availability have been released and all indications are that this market segment is going to get the biggest shake-up it’s seen in a decade.

Both new models are out there to prove that sub-800cc class can offer as much as any large-capacity adventurer-tourer.

BMW is leading the way with its revamped F 750-F 850 GS parallel twins. Larger fuel capacity, better rider weather protection and ergonomics have brought the “baby GS” closer to the level of refinement and comfort of the R 1250 GS.

Pricing begins at $13,590 (plus on-road costs) for the F 750 GS and $17,990 for the F 850 GS. BMW announced last December that there would be seven variants for the Australian market so riders can choose the specification that most suits their needs.

With KTM hosting its world launch of the 790 Adventure, Yamaha uncharacteristically announced pricing a full nine months before its end-of-year release. The Ténéré 700 will be priced from $15,499 (plus on-road costs), while KTM will start the bidding from $21,195 (ride away) for the 790 Adventure. With an unrivalled number of wins in the Dakar rally, KTM prides itself on the ability to deliver a lightweight high-performance enduro-style motorcycle. The 790 Adventure is the Austrian giant’s brave attempt to rewrite the book on middleweight on-road, off-road touring. It created a huge stir when first unveiled last year and goes on sale in Australia in June.

A new generation, 70kW, in-line twin-cylinder engine has two balancer shafts to stifle vibration. It has long service intervals of 15,000km.  KTM claims a riding range of up to 400km with a 20-litre fuel tank.

To reduce dry weight to 189kg the engine acts as a stressed member of the tubular frame. WP suspension is fully adjustable and includes a steering damper. Spoked wheels are an 18-inch rear and a 21-inch front. Suspension travel is 200mm, ground clearance is 233mm and seat height is 850mm. A low-slung fuel tank helps keep weight low. There is a height-adjustable two-part seat and a high windscreen for rider and pillion comfort.

KTM has poured a lot of effort in rider aids. Selectable ride modes combine with a lean-angle-sensitive traction-control system. A cornering ABS system allows riders the full power of their brakes while taking the lean angle of the motorcycle into account. It has an advanced off-road mode that can also be turned off. It’s been a long time coming, with a prototype first seen in Australia a year ago as part of the Ténéré World Raid Tour. Now buyers can put down a deposit with a delivery date of December 2019. Yamaha already leads Australia’s off-road bike segment, followed by Honda and KTM, but its sales have been reliant on its single-cylinder enduro and trail models. This is new territory but a lot of the technology is based on Yamaha’s experience in off-road rallies around the world.

Experience on major rallies has resulted in an all-new, tubular frame that makes the Ténéré slim and agile. Suspension travel is 210mm, ground clearance 240mm and seat height 880mm. Yamaha doesn’t list dry weight. A design emphasis has been on allowing the rider to easily shift bodyweight forward or back, or stand on the pegs, to suit more extreme off-road riding. Spoked wheels are an 18-inch rear and a 2-inch front.

Compact but comprehensive instruments in a rally-style panel. Remotely-adjustable rear suspension. ABS can be turned off for extreme dirt riding. But that’s it and accounts for the five or so grand price advantage over the higher-tech European models. 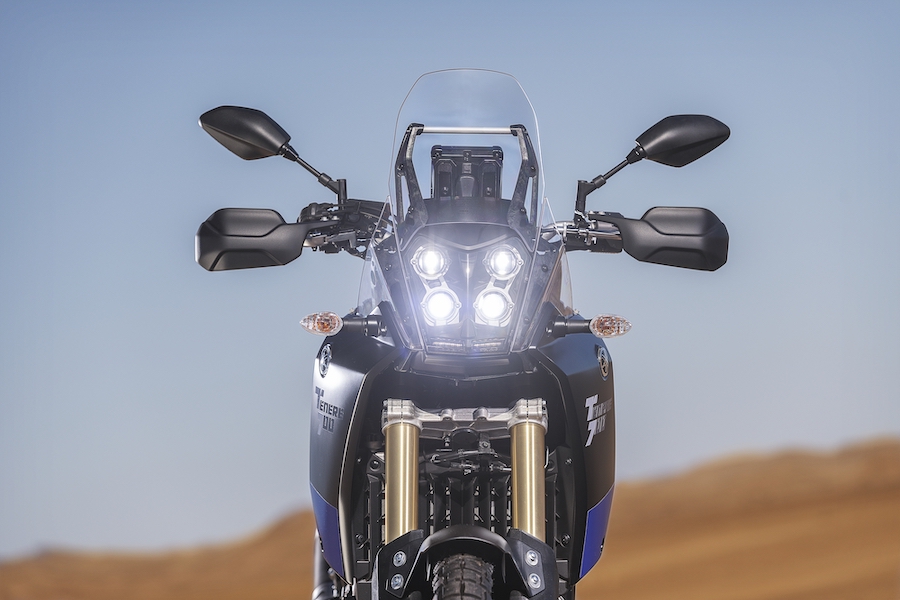 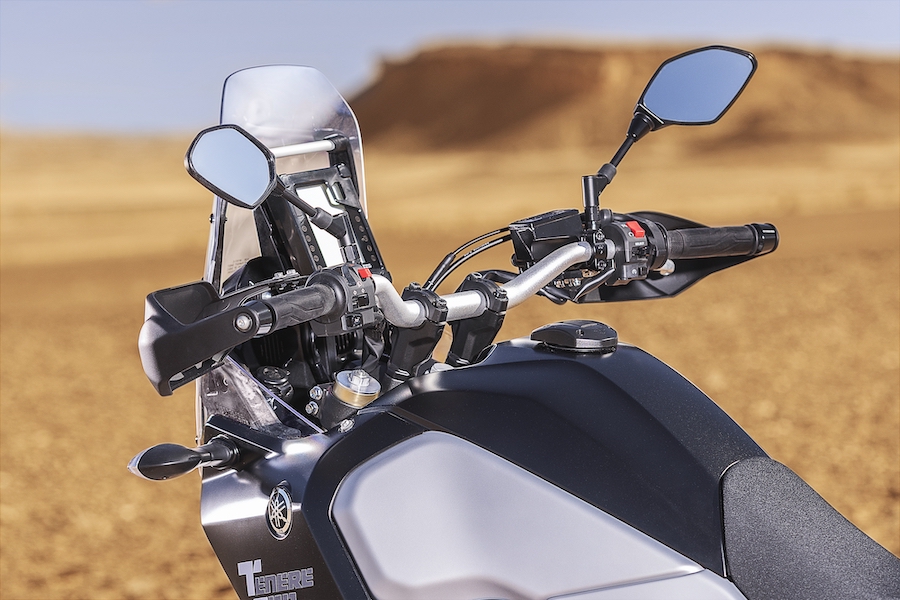 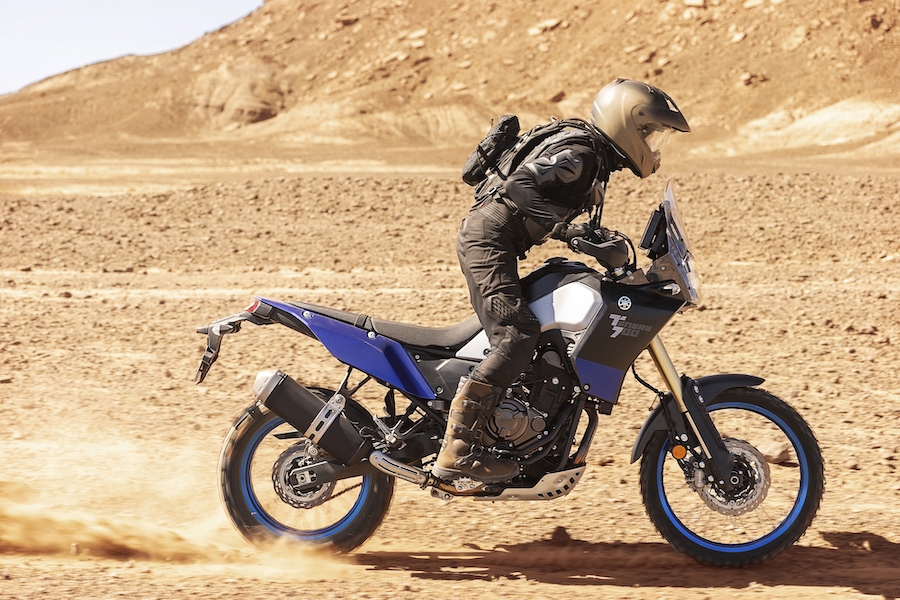