Japanese marque readies GSX-S300 (and probably a GSX-R300 as well!)

These images could well be our first glimpse of Suzuki’s upcoming GSX-S300 nakedbike – or at least a very close relative of it – meaning Suzuki looks to be finally entering the competitive 300cc LAMS segment.

They are spy pictures of the yet-to-be-launched Haojue HJ300 nakedbike. But since Haojue is Suzuki’s partner in China, the HJ300 is likely to be a mirror image of the Suzuki GSX-S300 that will be launched later this year.

Suzuki is planning a push into the 300cc market, with leaked information revealing a GSX-S300 is on the cards, and it’s virtually inconceivable that it won’t be closely related to the Haojue HJ300 seen here.

The patent images reveal a family resemblance to the larger GSX-S750 and GSX-S1000. 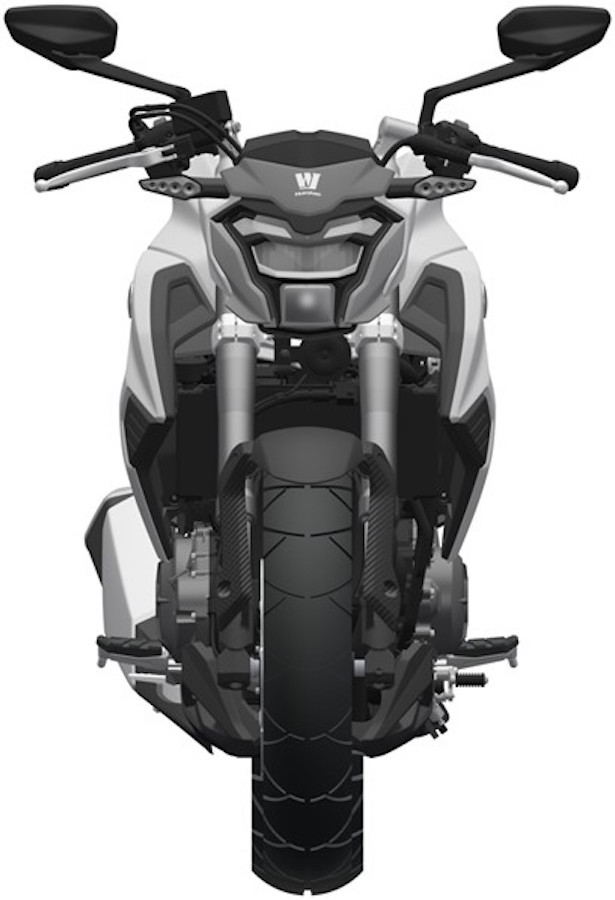 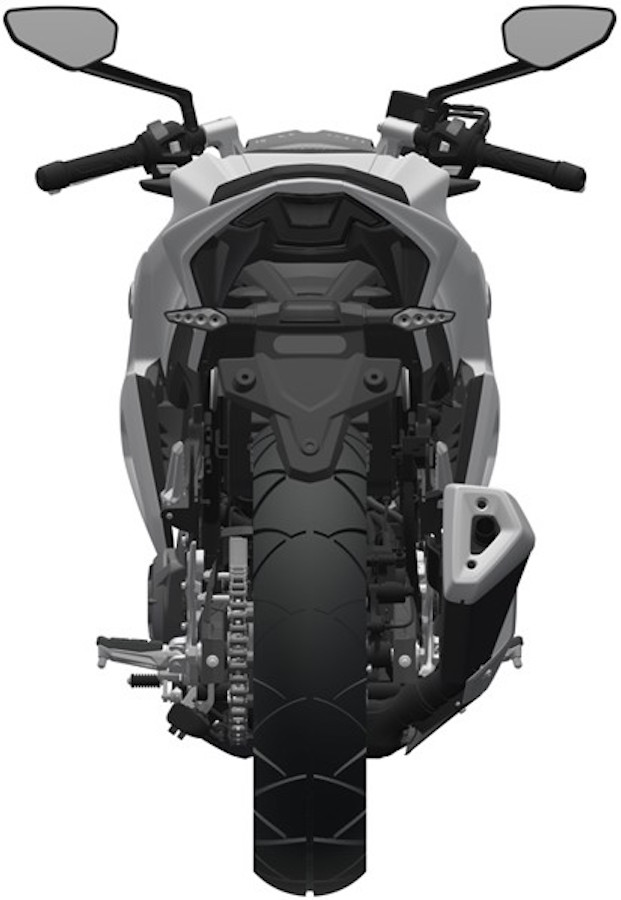 The engine is also clearly derived from the 250cc twin that Haojue has produced for Suzuki for years; it debuted in the GW250 Inazuma and also lives on in the V-Strom 250 and the GSX-250R. There are some clear changes to its cases, no doubt reflecting more significant internal alterations as its capacity is increased.

Boosting capacity to 300cc should at least give it around 22kW– enough to challenge some of its naked competitors, including BMW’s G310R. However, the right internal changes could see that figure pushing towards the 30kW mark, where rivals such as the Yamaha MT-03 hover.

The chassis is a new tubular-steel design and appears to be a higher spec than the existing 250cc Suzuki range. As well as upside-down forks, there’s also a more sculpted swingarm.

All of this detail also points to the strong possibility of a fully-faired GSX-R300 sportsbike being part of Suzuki’s 2019 model range. 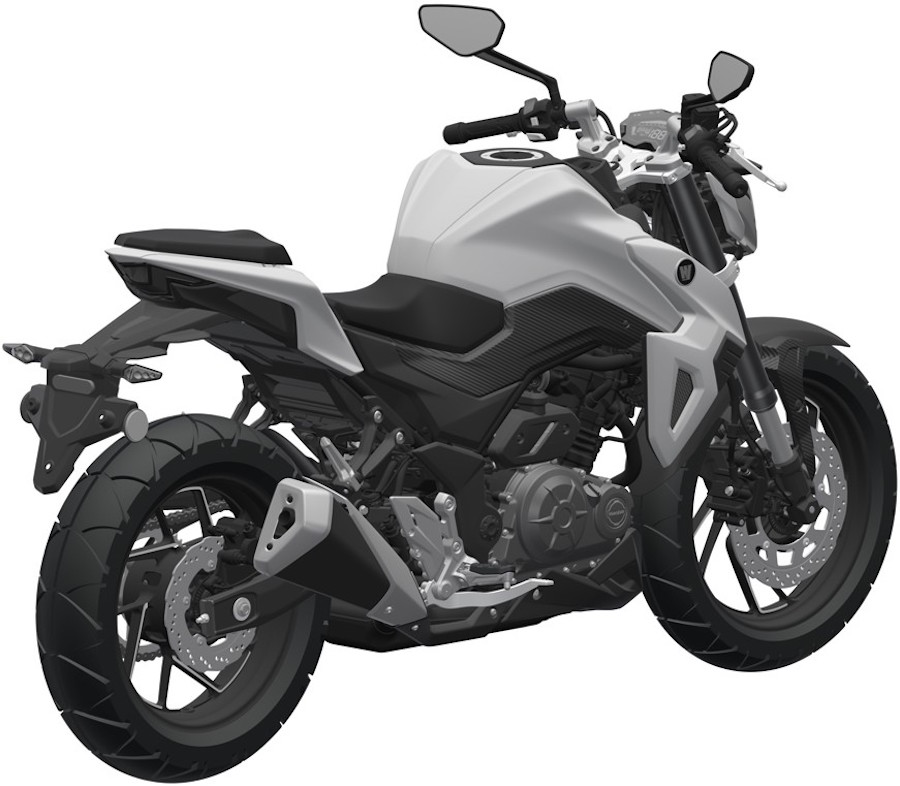 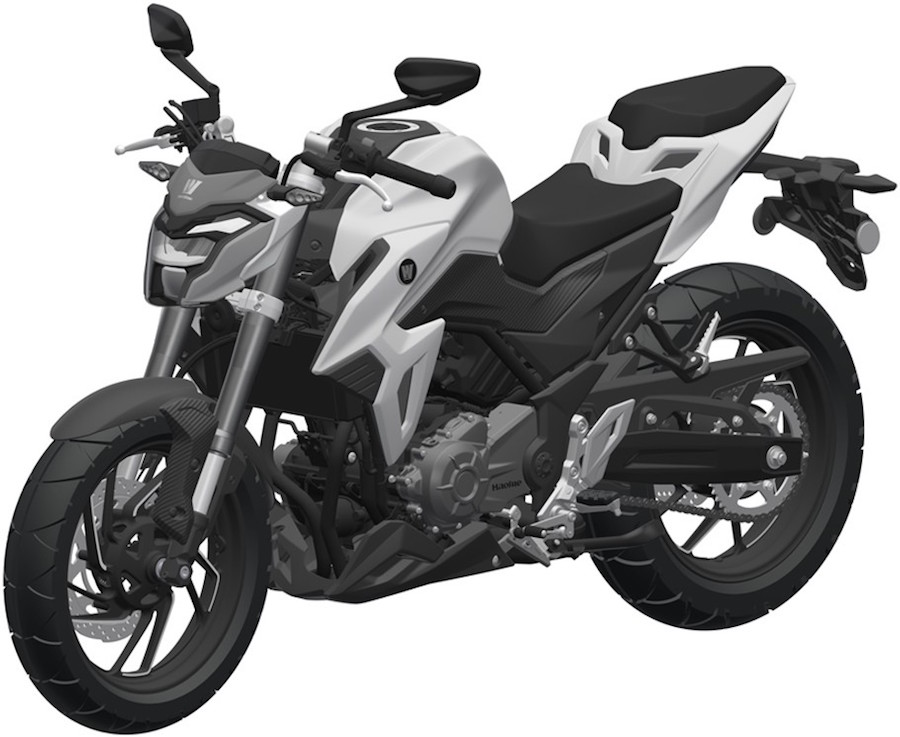 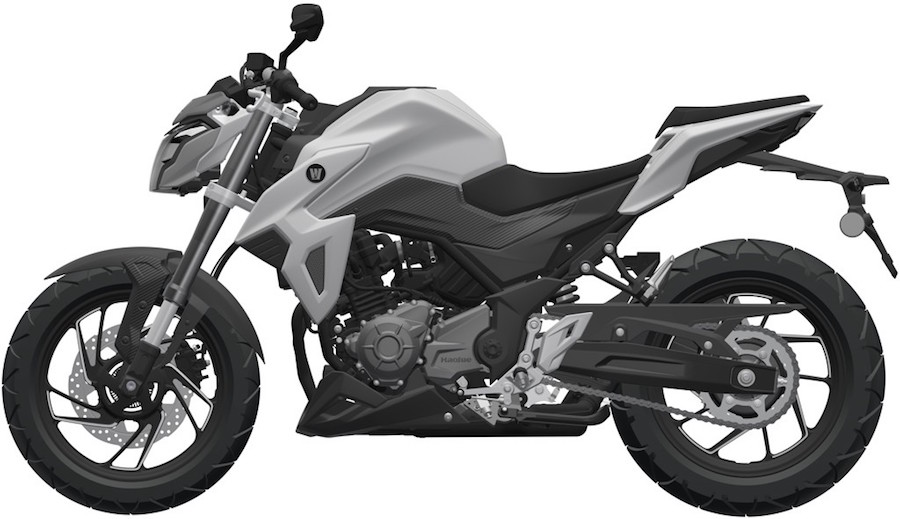 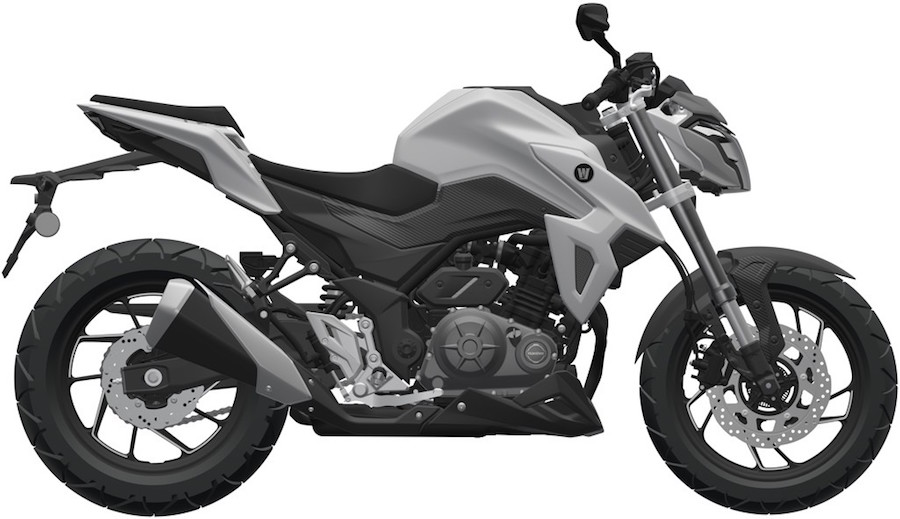