In 1984 Yamaha’s RZ500 was touted as a GP racer with lights. Its giant-killing performance in the 1984 Castrol Six Hour backed that up

Yamaha’s RZ500 drew its inspiration from the all-conquering YZR500 GP bikes of Kenny Roberts, the American who won three consecutive 500GP World Championships from 1979 to 1980.

Yamaha even used Roberts for some ‘sneak peek’ PR shots of its new sportsbike, one of the photos showing Roberts wheeling the new 500cc V-four production two-stroke out of the back of the race team transporter.

Although Roberts didn’t win the title in 1983, that honour going to arch rival Freddie Spencer on Honda’s NS500 triple, it was the 1983 YRZ500 that Yamaha linked the RZ500 to. Roberts’ 1983 OW70 GP bike used a 50-degree, twin crank V4 engine equipped with Yamaha’s YPVS exhaust power valves, with the RZ500 adopting the same basic design. With its twin cranks the engine was in effect a pair of 180-degree parallel twins geared together.

Both the YZR GP racer and the RZ500 had removable cassette-style six-speed gearboxes, a feature rare in production bikes of the day – and still so today.

In 1984 the RZ500 was the closest thing going to a 500GP racer for the street, and it backed up its GP lineage with a David versus Goliath win in the 1984 Castrol Six Hour when Michael Dowson and Richard Scott took the RZ500 to a thrilling victory over the Honda VF1000R of Wayne Gardner and John Pace – a bike with twice the engine capacity of the RZ. The RZ500 was the last two-stroke to take outright victory in the famous race.

Launched in 1984 at $4800, the RZ500 was an instant hit with the boy-racer brigade all around the globe, with many RZ500s finding their way on to racetracks. Yamaha discontinued the model in 1986, by which time Suzuki had joined the 500cc two-stroke club with its RG500 – a model which upped the ante over the RZ500 in a number of areas.

The RZ500 was available in a number of variations around the world, depending on market homologation requirements, so it pays to do some research if buying a grey import.

The RZ500 was known as the RD500LC in the UK, and in Japan there was an aluminium-framed version known as the RZV500R. The RZV-R had a detuned engine to comply with Japanese regs (30 percent less power), with a number of these making it Down Under as private imports. 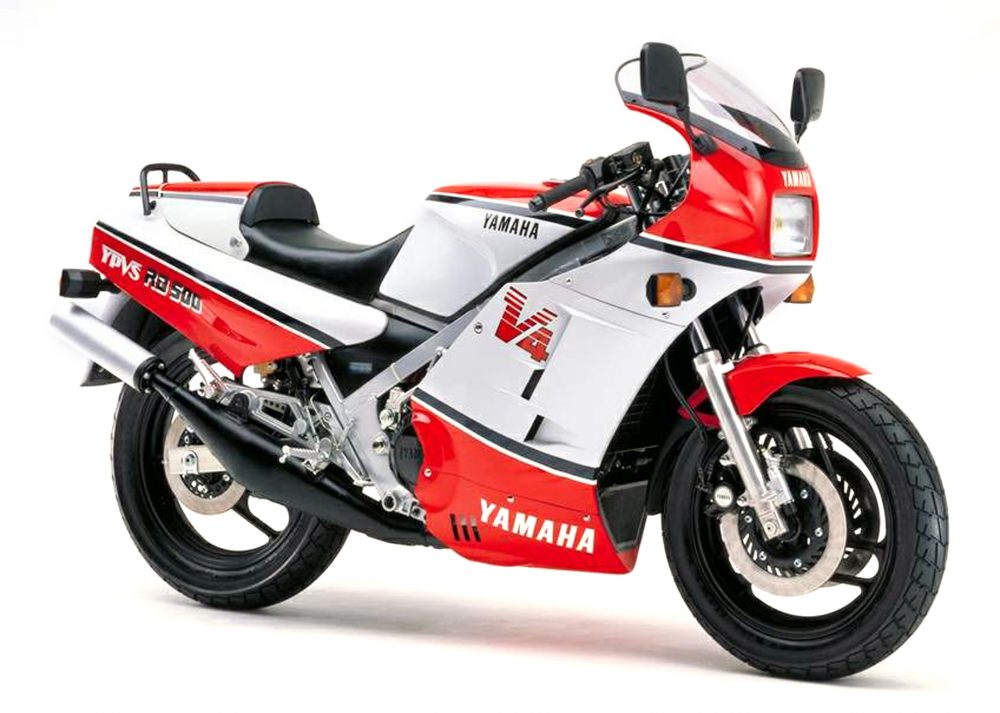 There were other differences, too, on the RZV500R. In addition to the hand-welded alloy frame, the RZV-R scored braided-steel front brake lines and front forks that were both air and rebound-damping adjustable. The RZV-R’s brake and gearshift levers were cast from aluminium rather than steel, as were the clip-on handlebars.

Although not officially available in the US due to the emission regulations of the Environment Protection Agency, a number of RZs and RZV-Rs found their way Stateside as grey imports.

The RZ500 ran a liquid-cooled V4 two-stroke powerplant in a steel perimeter-style frame. Due to space restrictions caused by the two upper expansion chambers the rear shock was underslung. Up front the relatively spindly 37mm front forks ran anti-dive with ventilated front rotors looking after stopping duties on the 16-inch front wheel.

While the YZR racer had its four carburettors nestled in the vee of the engine, Yamaha used this area on the RZ500 to mount the YPVS power-valve system with the RZ’s four 26mm Mikuni carbs relocated to the side of the engine.

Unlike the rotary-valve induction on the racer, the RZ used reed valves to achieve a broader and more street-oriented powerband. Due to limited space in the vee the reed valves used two different intake arrangements with the lower cylinders fed through crankcase reeds and the upper pair cylinder reeds. Ninety-degree intake manifolds connected each reed block to its side-mounted carburettor.

It was an unusual engine, but one which produced exciting power when wound up to its 10,000rpm redline. A tall first gear made the RZ difficult to get off the line, and not much happened below 6000rpm. A stock RZ500 produces around 63kW (85hp) at the rear wheel on a Dynojet dyno – not too shabby for a 500cc roadbike with a claimed dry weight of 180kg.

Good RZ500s have become increasingly hard to find for a decade or so, with rising secondhand values reflecting that. As an occasional Sunday morning fang bike and appreciating collectable, the RZ500 is well worth a look. 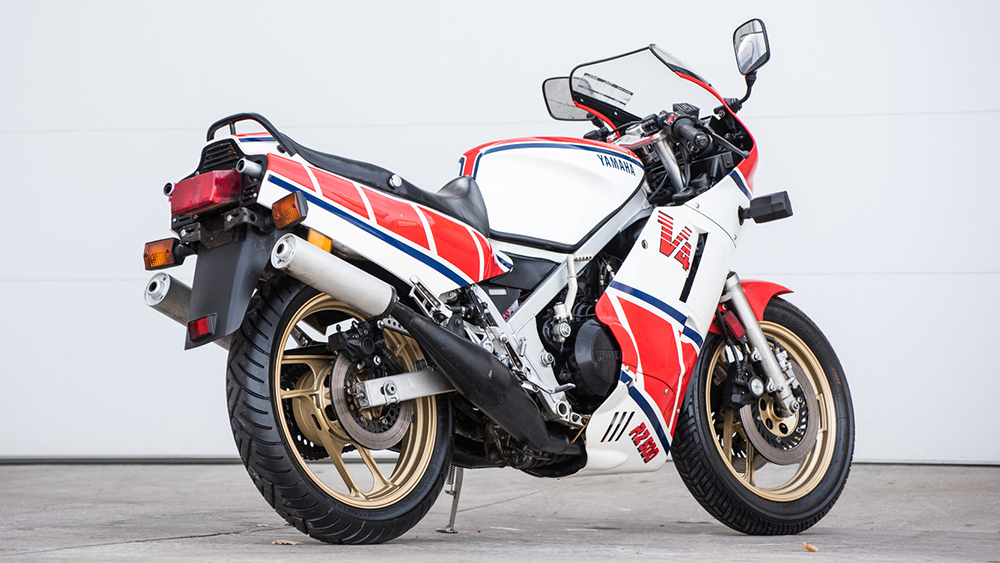 Many secondhand RZ500s have travelled only minimal kilometres as the model was not a ‘touring’ motorcycle. However, the usage may have been in extreme conditions if used as a track bike.

Hard usage is not a problem if the bike has been well maintained. Check for the usual wear and tear – swingarm and steering-head bearings; brakes and brake lines; tyre wear; leaking fork seals; rear shock absorber damping; oil weeps around gaskets; and crash damage.

AMCN’s Victorian Advertising Manager Russell Malley owned and raced a RZ500 in the mid-80s, and is full of praise for the reliability of the model.

“The engine design is bullet-proof,” said Malley. “Mine was taken out to 640cc and never gave a hint of bottom-end trouble, despite the extra power.

“The 16-inch front wheel made tyre choice critical, as the handling could get a bit flighty if the wrong profile was used.”

Yamaha’s RZ500 was only around for three years (1984-1986) but during that time proved reliable and robust. Being a two-stroke oil change intervals relate only to the gearbox oil, while ‘valve adjustments’ refer to having the YPVS power-valve system correctly synchronised. Air-filter and sparkplug replacement will depend on the type and regularity of use, as well as carburettor jetting, with all the aforementioned tasks able to be carried out by the home mechanic. 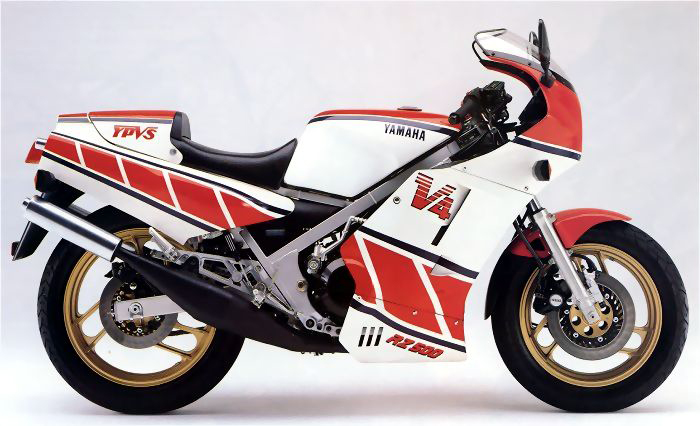