To mark this milestone year, Royal Enfield launched the 120th Year Anniversary Edition of its popular 650 Twin motorcycles – the Interceptor 650 and the Continental GT 650 in Australia, New Zealand, Thailand, Japan, Korea and the Philippines. 120 Units of the motorcycle will be available in the Asia Pacific region. 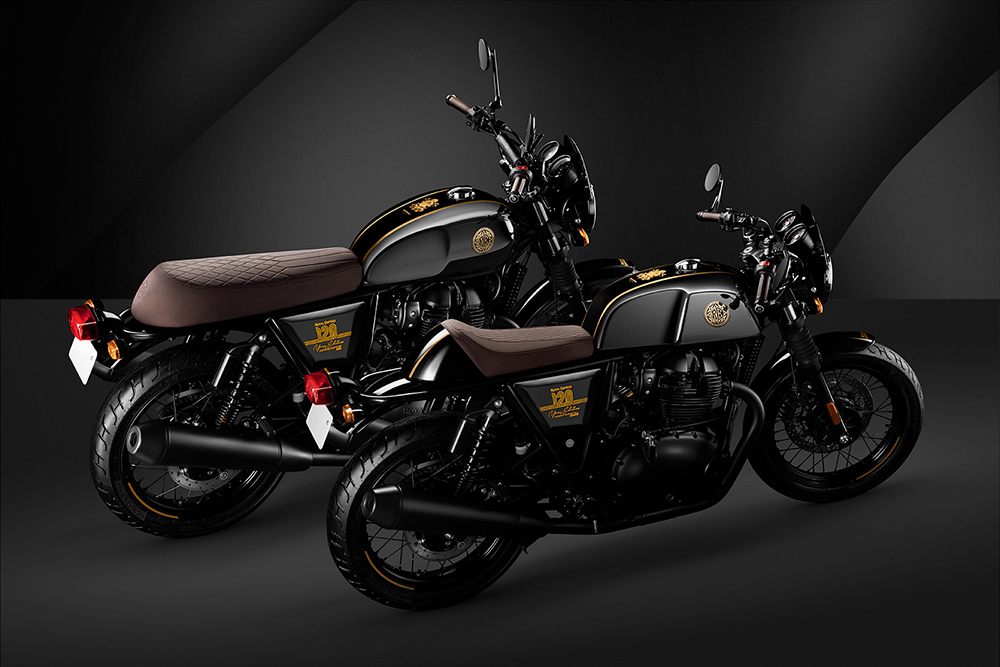 Conceptualized and designed in celebration of Royal Enfield’s rich and storied legacy, the motorcycles present a unique opportunity for global enthusiasts to own a piece of motorcycling history with a limited production run of only 120 units in South-East Asia, comprising of 60 Continental GT 650 and 60 Interceptor 650. 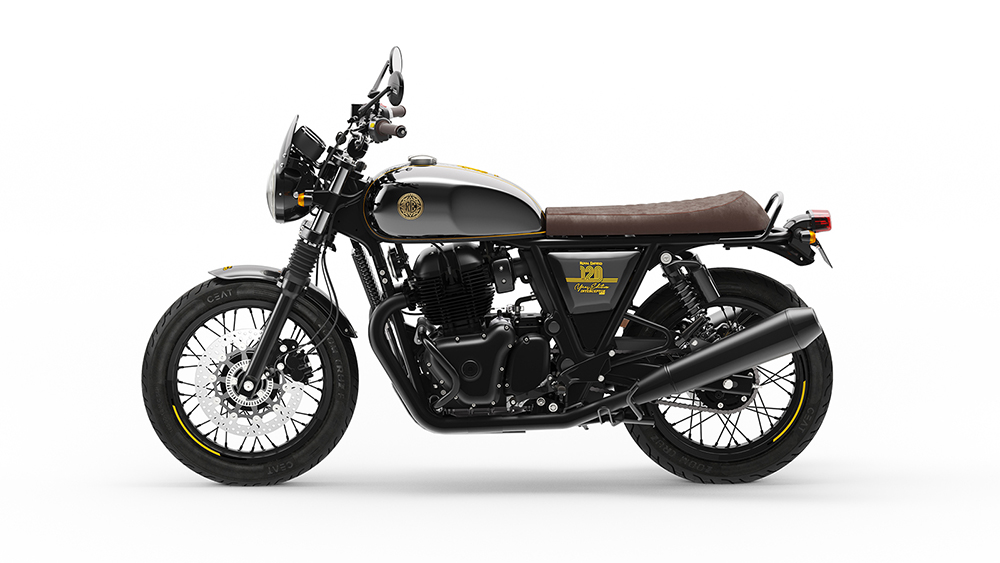 Given the milestone and exclusivity, the 120th Year Anniversary edition Interceptor 650 and Continental GT 650 have been designed and handcrafted by the company’s teams across the UK and India. 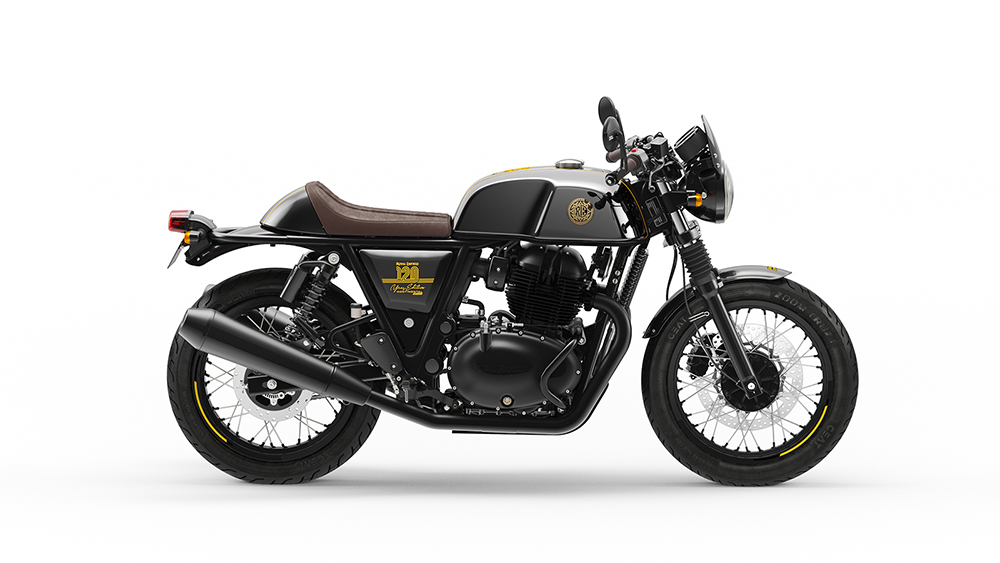 The unique, rich black-chrome tank colour scheme, has been developed in-house, with Royal Enfield’s industry-leading chroming technology at the company’s original 1950’s manufacturing factory in Thiruvottiyur, Chennai – India. The motorcycles are chromed with an alternate, sustainable trivalent eco- friendly process. To complement the black chrome tanks, both the Continental GT 650 and Interceptor 650 will feature, for the first time, completely blacked out components, with the engine, silencer and other elements in an array of black colour schemes. The motorcycles will also come equipped with a range of Genuine Motorcycle Accessories such as flyscreens, engine guards, heel guards, touring and bar end mirrors amongst others in a black disguise to compliment the overall design. 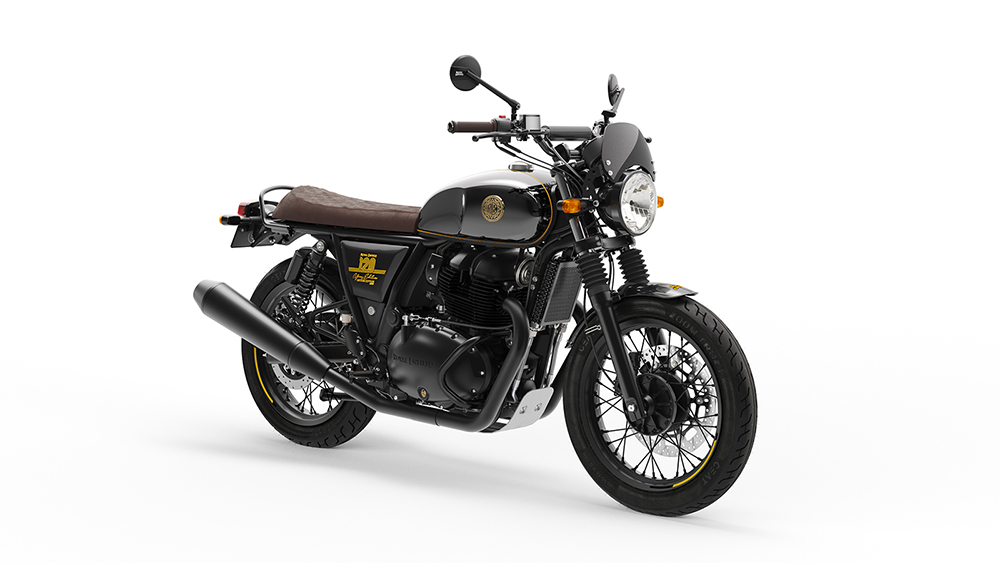 Proudly celebrating the brand’s handcrafted DNA, the 120th Year Anniversary edition motorcycles will feature a very unique, handcrafted, die-cast brass tank badge. These exquisite looking brass badges have been made in collaboration with the ‘Sirpi Senthil’ family who are multi-generational artisans from the temple town of Kumbakonam, Tamil Nadu, India. Particularly specialized in making the elegant brass effigies for the most revered temples in India for centuries, this is the first time that these artisans have collaborated with any automotive brand. 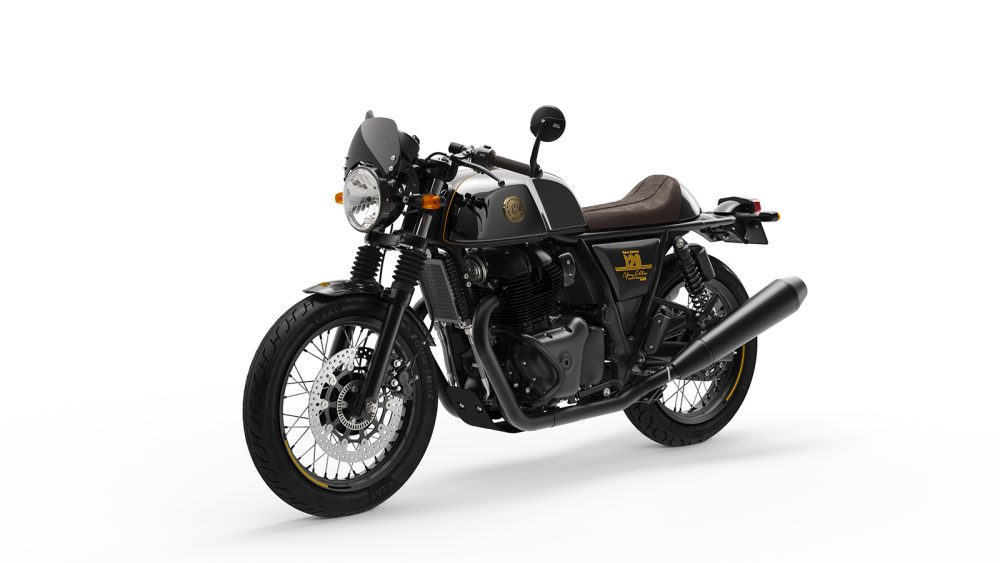 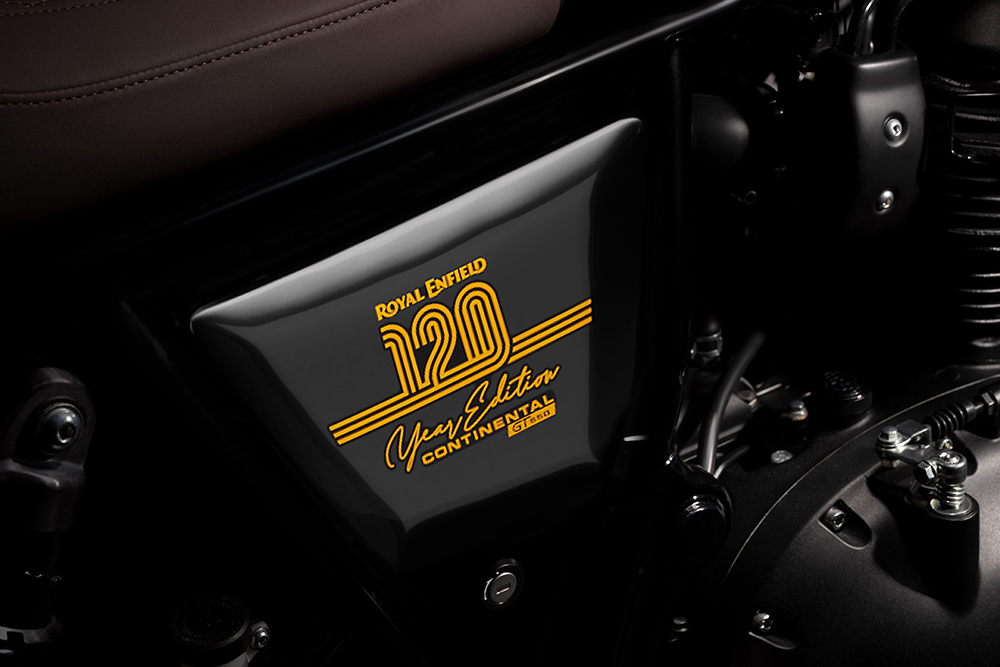 To make each motorcycle even more exclusive, the tank top badge will feature the unique serial number of each motorcycle indicating that it is 1 of 60 unique motorcycles in any of the four regions mentioned around the world. Additionally, the motorcycles will also adorn a side panel decal that is a special ode to Royal Enfield’s 120 years. 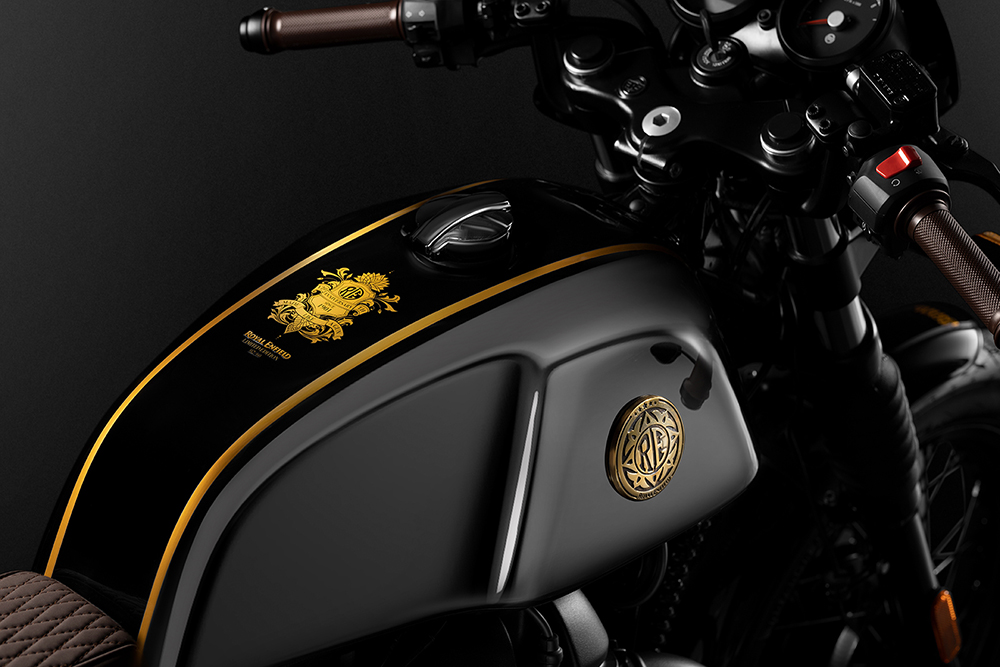 The globally successful 650 Twin motorcycles – the Interceptor 650 and the Continental GT 650 – have received immense love from riding enthusiasts across the world and in the process have also raked in numerous, coveted global automotive awards. Inspired by the legendary Royal Enfield Interceptor 750 and Continental GT 250 of the 1960s, these motorcycles have been instrumental in the brand’s global expansion and success over the last few years. The significance and relevance of the Interceptor 650 and the Continental GT 650, both in Royal Enfield’s glorious past, and modern history, made them an obvious choice for the anniversary edition. 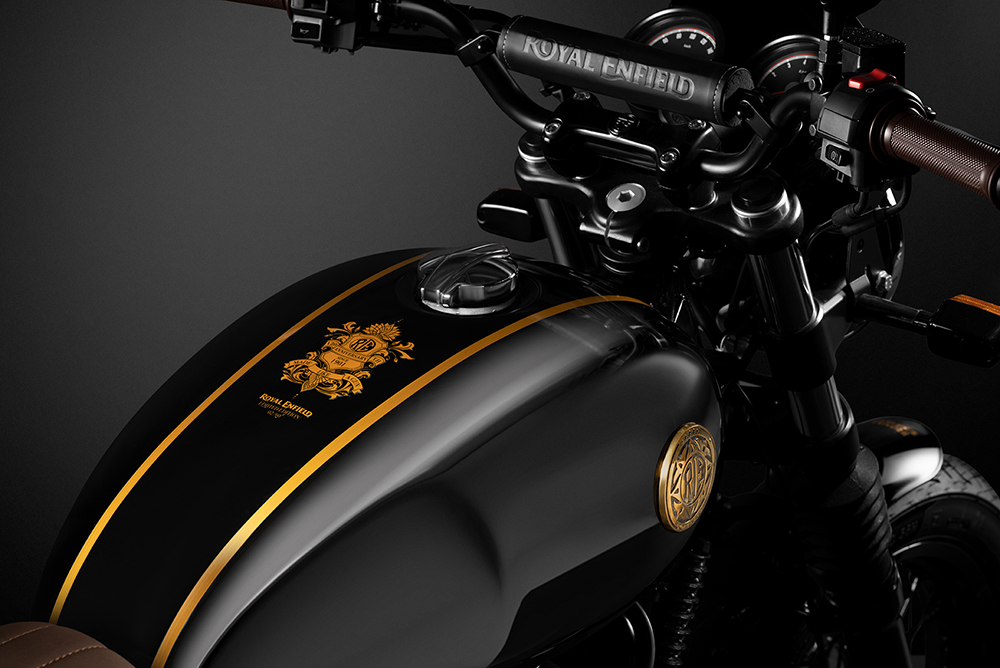 With only 30 Interceptor 650 units and 30 Continental GT 650 units heading to the ANZ region, stock is strictly limited. Please contact your dealership to secure your piece of Royal Enfield motorcycling history – Celebrating 120 Years! 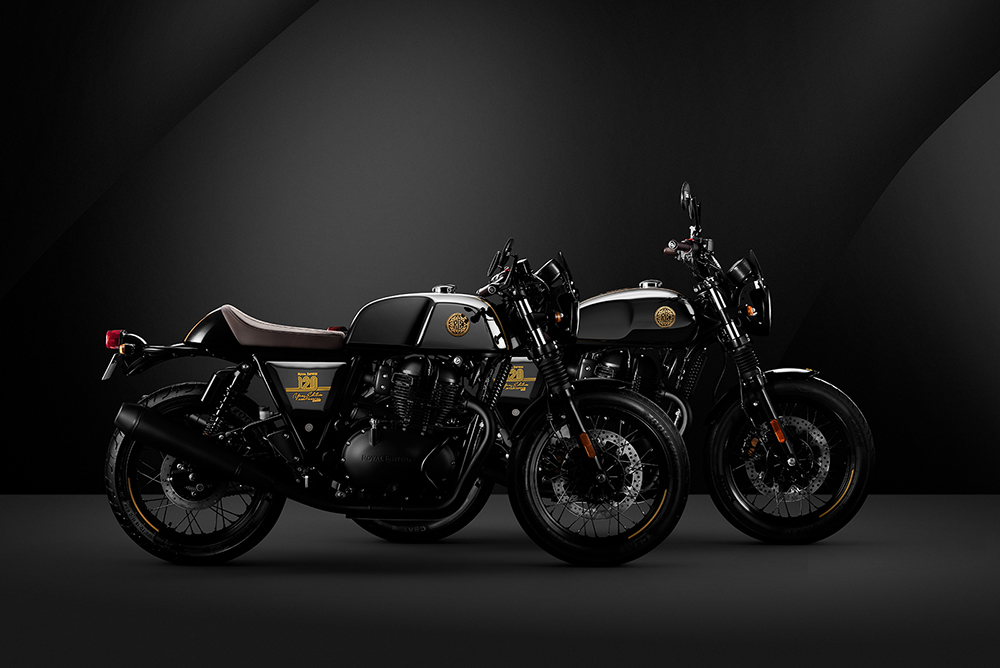