After blitzing the field to qualify fastest in the motorcycle division of the 100th running of the Pikes Peak International Hill Climb, Ex-AMCN staffer Rennie Scaysbrook was hot favourite for the race itself on Sunday. After the first two sections of the climb, he held a six second advantage over his nearest challenger, but it all went wrong in the third section which includes many switchback hairpins. “I braked at my usual marker but this time I was going much faster than in practice,” Rennie said after the race. ” The Armco fence had hay bales in front and when I hit the fence the bike got wedged between them and I was thrown over the fence”. Quickly back on his feet, he managed to extracated the KTM 1290R and was on his way to the upper regions of the hill, having lost just 22 seconds. He finished fourth overall and second in the Heavyweight class, and was the popular recipient of the Rookie of the Year award. 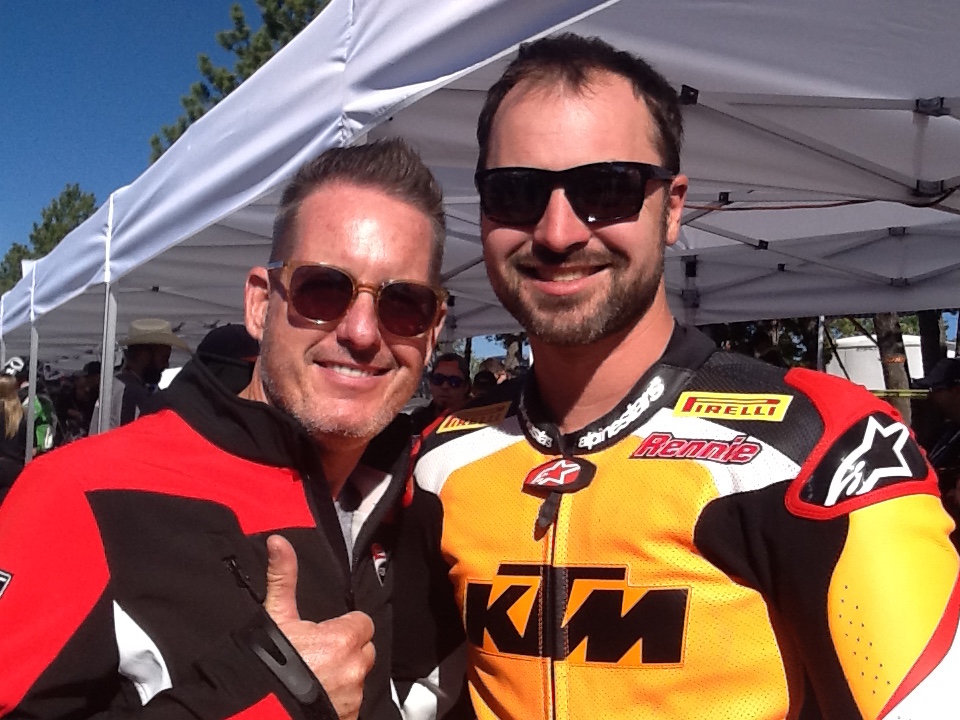 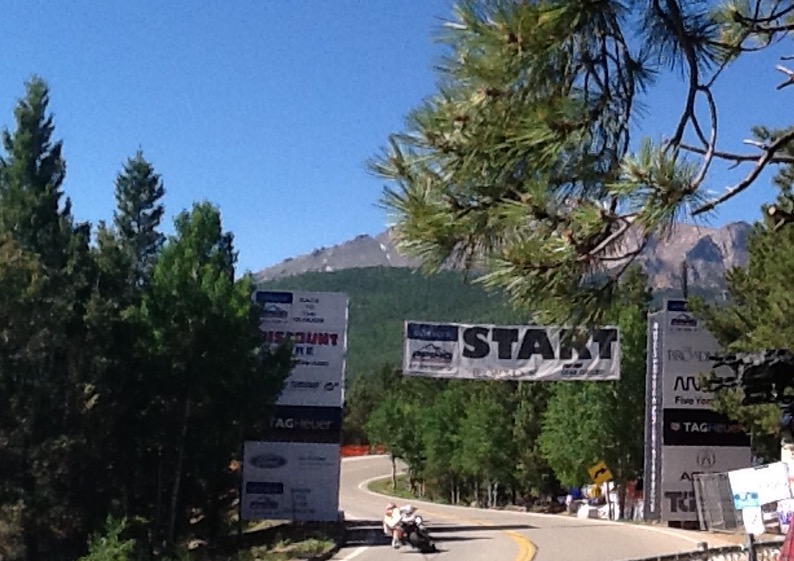 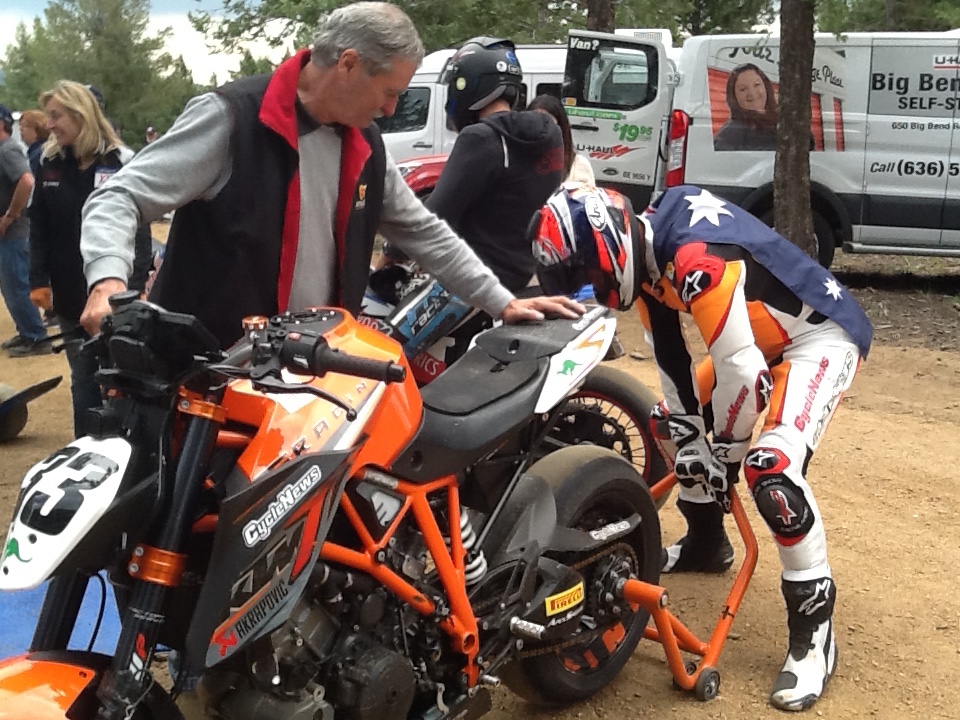 Father Jim gives Rennie a hand after a long, arduous and emotional day 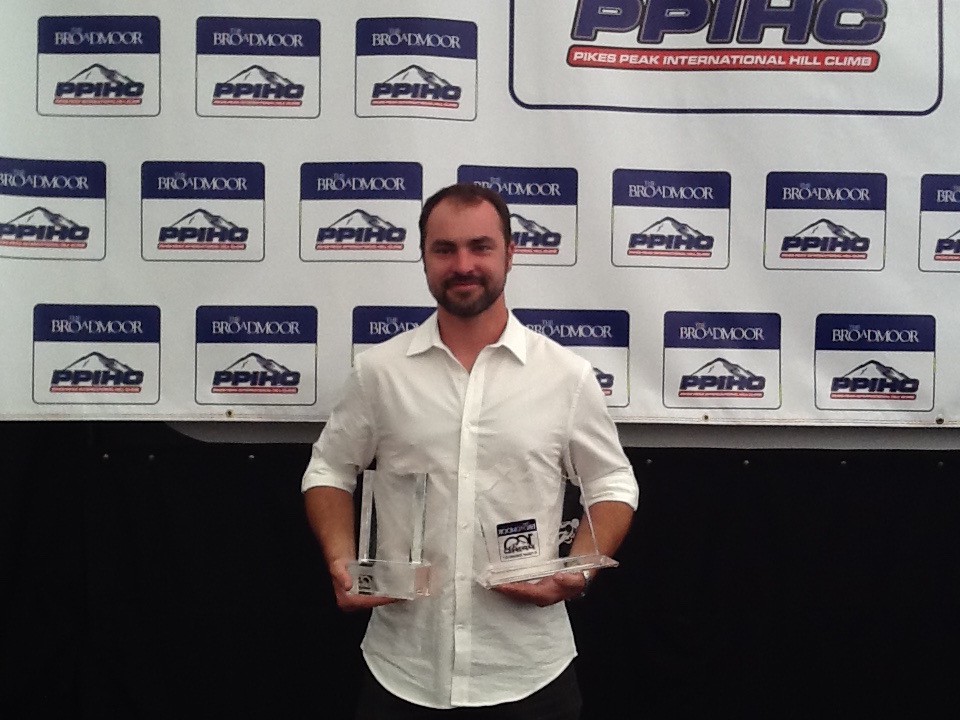 Rookie of the Year (Bikes), Rennie with his hard won trophies