Redding Bursts Through To Win
Scott Redding (Aruba.it Racing – Ducati) scored his first race win in the WorldSBK class shortly after his first Superpole win, sitting behind long time leader Jonathan Rea (Kawasaki Racing Team) before block passing into turn six with six laps to go.
He pushed out a gap that was never seriously threatened despite the best efforts of Rea, who finished in second place and 1.147 seconds down. 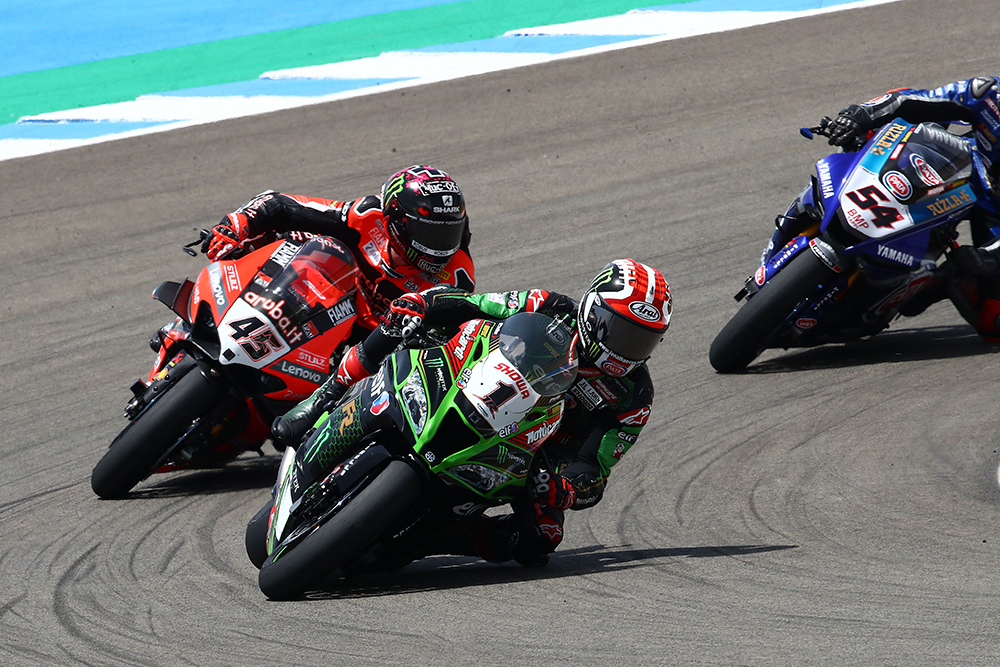 A final podium fight between Toprak Razgatlioglu (Pata Yamaha WorldSBK Team) and Chaz Davies (Aruba.it Racing – Ducati) went to the Yamaha rider after some attempted passes from Davies, one of which lost him too much ground to make up on the very last lap.
With Davies fourth, Loris Baz (Ten Kate Racing Yamaha) placed fifth, 3.3 seconds from the race winner Redding. 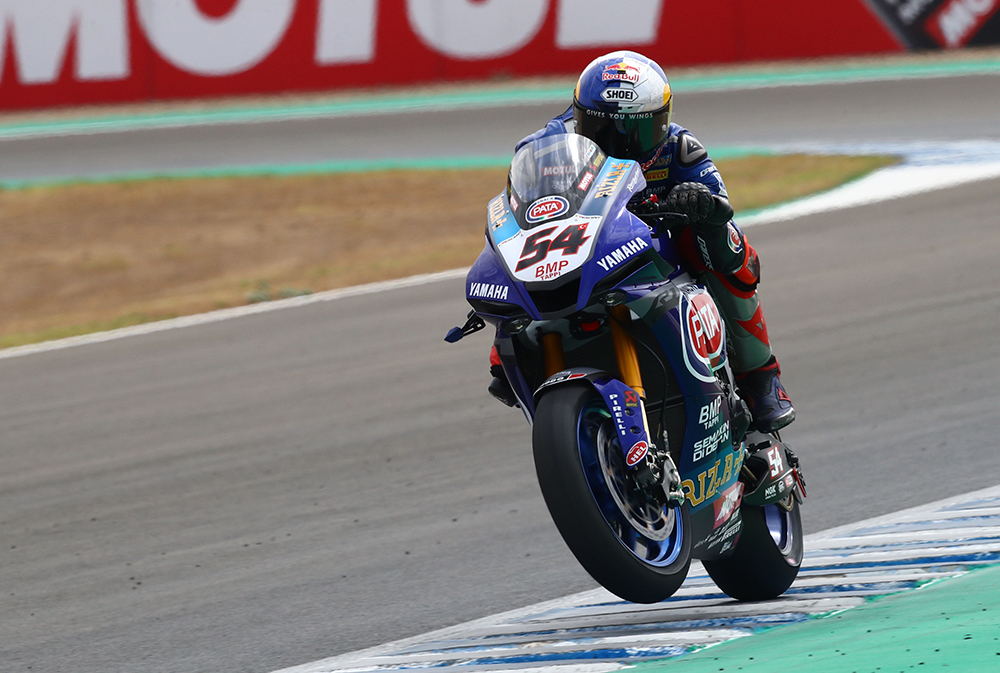 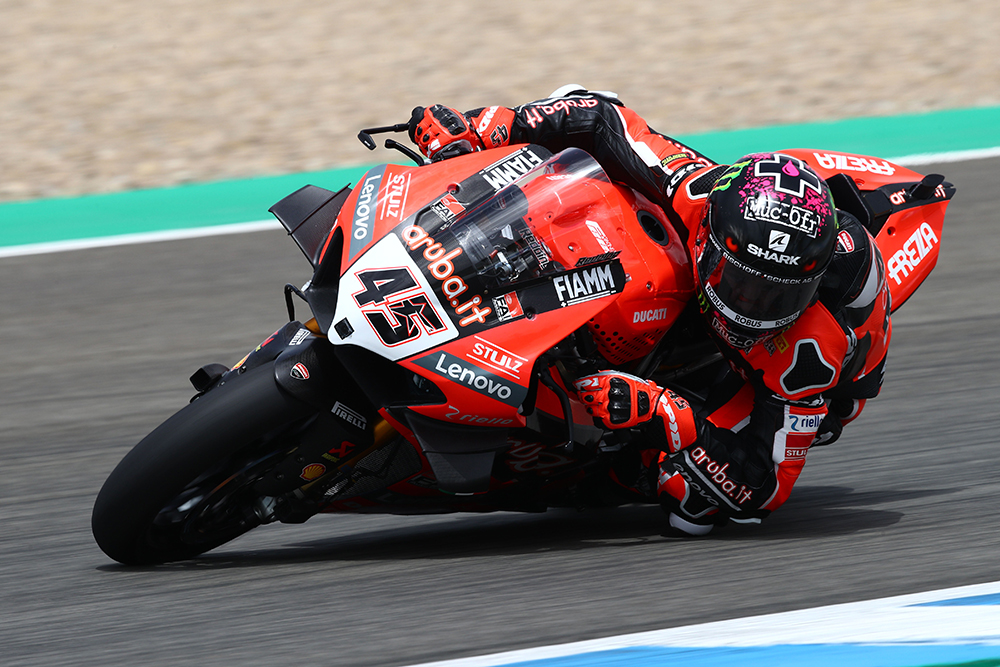 Rea Scores Superpole Race Win
Jonathan Rea (Kawasaki Racing Team) put in a race-winning performance in the 10-lap Superpole race in Spain, with air temperatures of only 30°C to contend with.
With Scott Redding (Aruba.it Racing – Ducati) tangled up in a fight with Toprak Razgatlioglu (Pata Yamaha WorldSBK Team) it took him some time to get behind Rea, and despite closing in at the end, he was to finish half a second behind at the flag.
The Kawasaki rider became the first rider this year to take more than one race win. 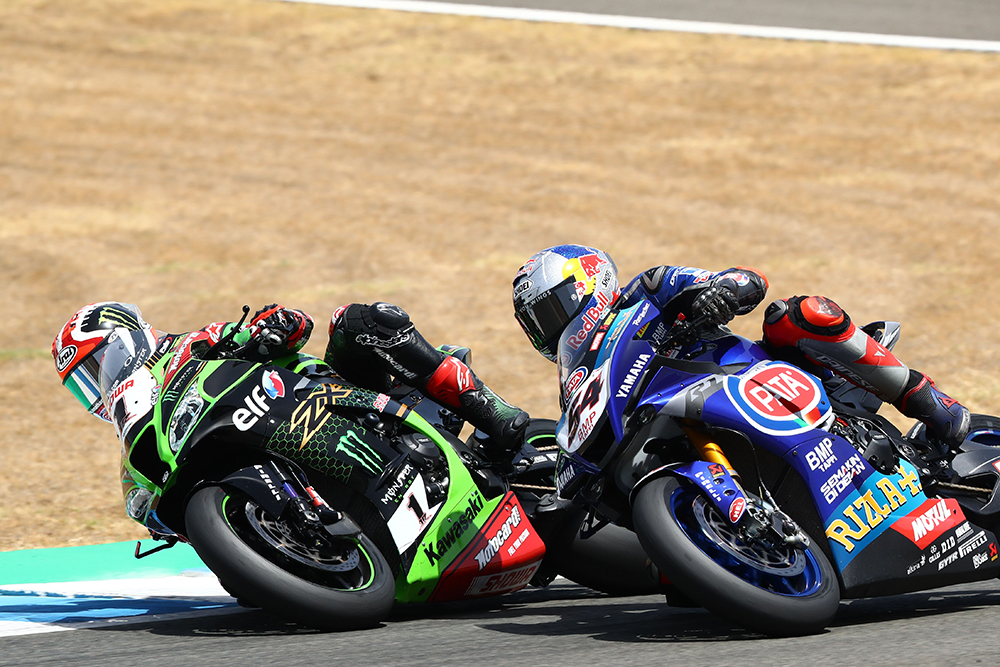 Razgatlioglu was to pull out of the race with a technical issue, leaving Redding second and race one retiree for Yamaha Michael van der Mark (Pata Yamaha WorldSBK Team) on his first 2020 podium score.
Loris Baz (Ten Kate Racing Yamaha) was a lonely fourth finally, with Chaz Davies (Aruba.it Racing – Ducati) just behind.
Tom Sykes (BMW Motorrad WorldSBK Team) was first BMW rider home in sixth, after his day one no score.
Alex Lowes (Kawasaki Racing Team) recovered from 14th to seventh, ahead of a three-way fight headed by American rider Garrett Gerloff (GRT Yamaha), and the two HRC Honda machines of Leon Haslam and Alvaro Bautista, rounding out the top ten.

Redding Goes Double For The Reds
An early lead from Jonathan Rea (Kawasaki Racing Team) evaporated as new championship front-runner Scott Redding (Aruba.it Racing – Ducati) scored his second 20-lap race win at Jerez.
The reigning BSB champion and former MotoGP rider put in another top-level ride in only his second WorldSBK meeting ever, to lead Rea in the championship by a final 24 points as the series now heads to Portugal next week.
A rejuvenated Chaz Davies (Aruba.it Racing – Ducati) was a strong second, with the combative Toprak Razgatlioglu (Pata Yamaha WorldSBK Team) third. 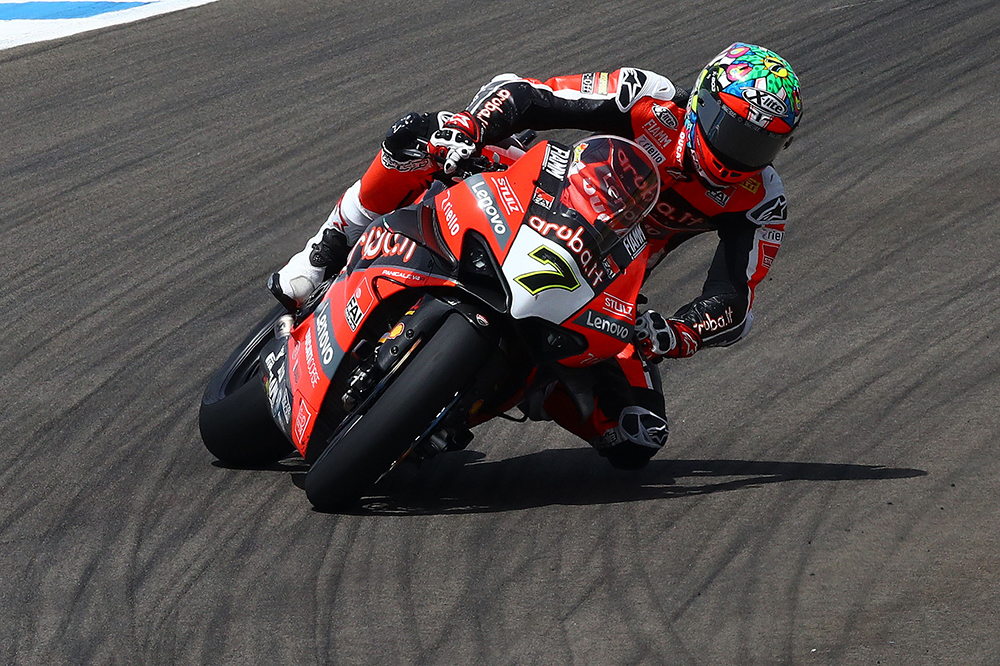 The greatest sensation was behind the podium battle, as Ducati privateer Michael Ruben Rinaldi (Team GoEleven Ducati) went fourth, passing Rea with finality as he completed an astounding weekend in many ways.
A KRT in-fight between Rea and Alex Lowes, the latter starting from further up the grid than he had in the first two races, saw Lowes maintain his late advantage to go fifth, leaving Rea a disappointed sixth. 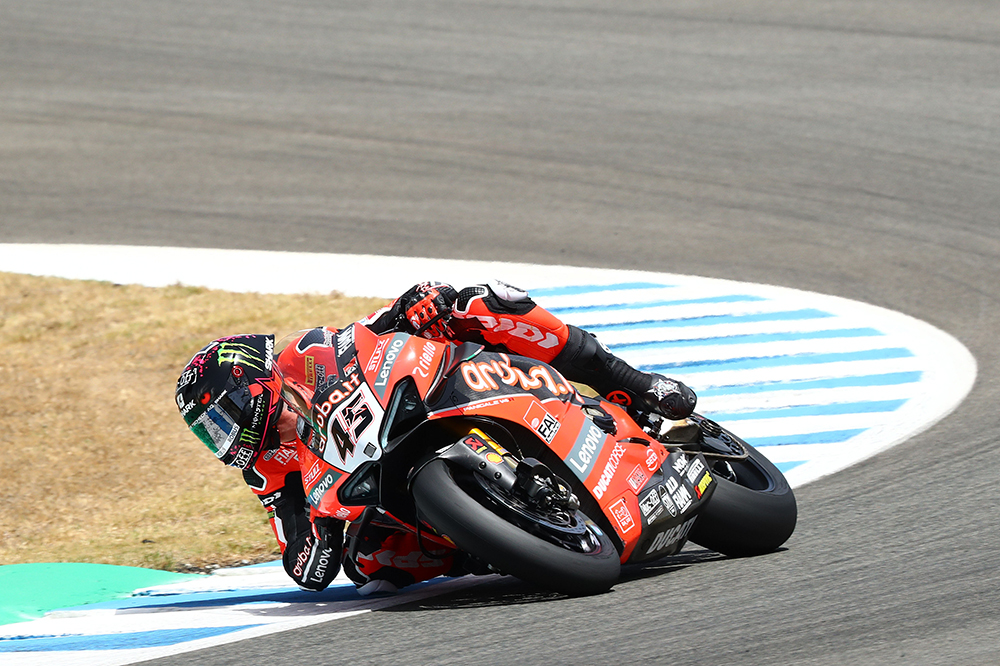 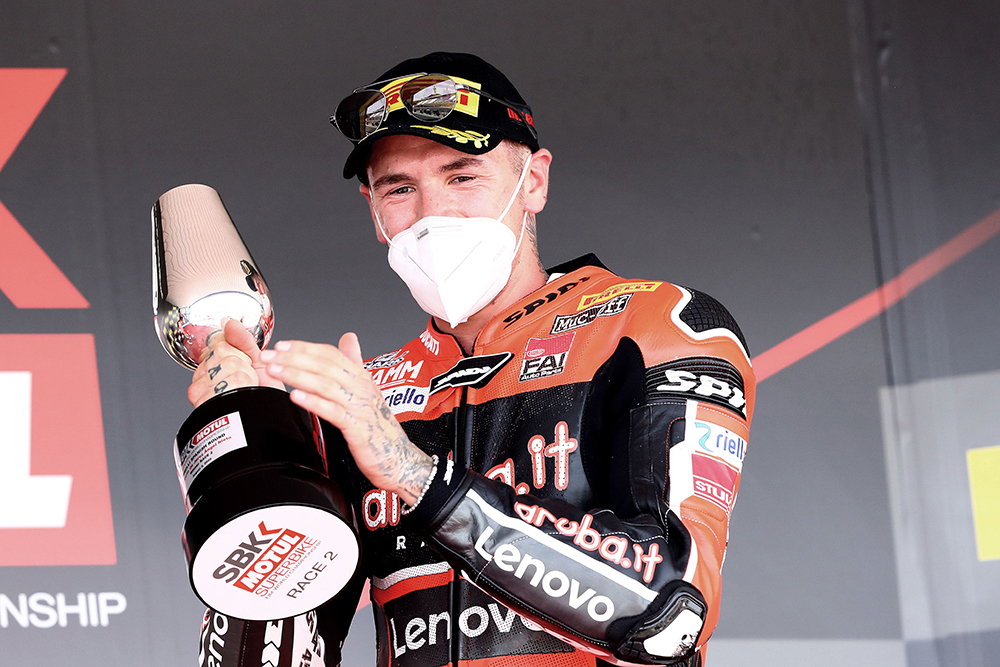