Renowned for its unrestricted access to the mighty machines of motorsport and the riders and drivers who made them famous, this year’s Festival of Speed will be no exception. Across the weekend, fans will be able to watch Rainey take to the iconic Goodwood hillclimb on the Yamaha YZR500, with which he won the 1992 World Championship 30 years ago.

Goodwood is delighted that the Festival of Speed will reunite Rainey with a racing bike for the first time in 29 years, following the accident at the 1993 Italian Grand Prix that left him paralyzed from the chest down. Rainey’s exploits at the Festival of Speed follow his first return to riding in 2019 at the Sound of Engine Festival in Suzuka, Japan.

As we prepare to celebrate ‘The Innovators – Masterminds of Motorsport’, Rainey’s ride will be made possible by the innovation of the Yamaha Motor Company as they reconfigure the 30-year-old Yamaha YZR500 so it can be ridden using handlebar controls alone. Rainey himself has masterminded his way through a career in motorsport spanning four decades, first as a three-time World Champion, then as a team manager, and currently as President of MotoAmerica. 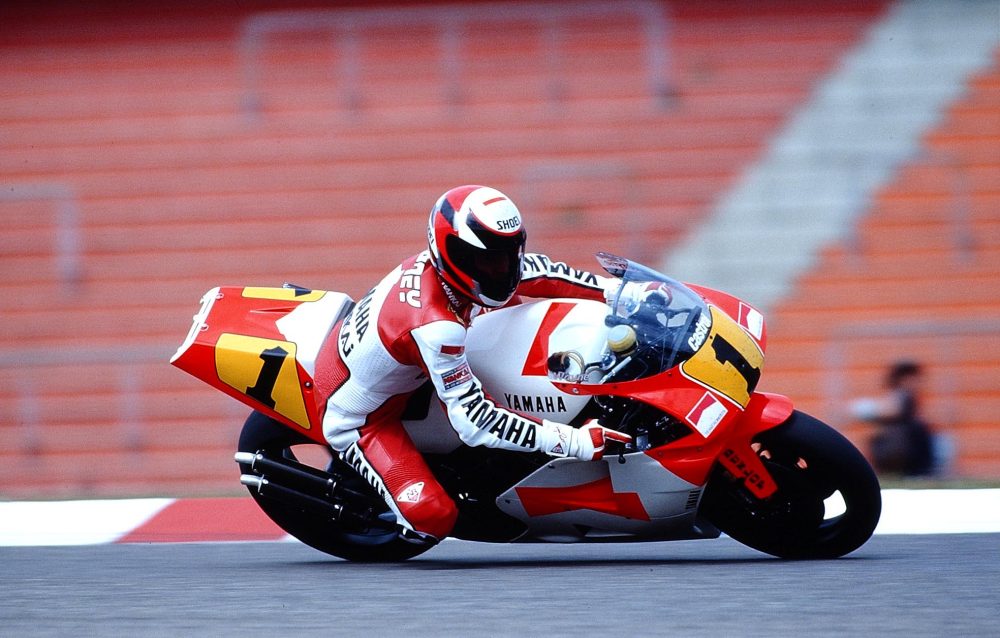 Wayne Rainey said: “I’m incredibly excited to not only be attending my first Goodwood Festival of Speed this summer, but to be riding my 1992 Yamaha YZR500 up the famous hillclimb. It’s truly a once-in-a-lifetime opportunity and one that I just couldn’t pass up. I want to thank the Yamaha Motor Company for preparing my 1992 YZR500 and adapting it for me to ride, MotoAmerica for helping make the entire project fly, and The Duke of Richmond for really making this a reality. I can’t wait to meet the fans who come from all over the world for the Goodwood Festival of Speed.”

Lin Jarvis, Managing Director of Yamaha Motor Racing Srl said: “The Goodwood Festival of Speed is an amazing event that is a showcase for two and four-wheel motorsports legends – both human and mechanical. Wayne Rainey is a true motorcycle racing legend who achieved three 500cc World Titles with Yamaha before his career-ending accident and injury. The thought of Wayne riding the legendary 1992 Factory YZR500 bike that he rode to his final championship victory is something truly amazing that I for one never imagined could be possible. I know it will mean so much to Wayne, and it will be something truly special for all the fans at Goodwood and all around the world. We are proud to be able to support Wayne make his dream come true.”

The Duke of Richmond said: “I am absolutely delighted that Wayne and his family are able to join us at this year’s Festival of Speed and that we will see him take to the Hill on the bike with which he won his last World Championship 30 years ago. Every year the Festival showcases spectacular stories from the world of motorsport, and we are privileged that Wayne is sharing his with us this summer.”

Wayne Rainey
With 82 500cc Grand Prix starts, Wayne Rainey won 24 races and took 64 podiums while his battles with arch-rival Kevin Schwantz have become the stuff of motorcycling legend. At the time of his accident in 1993 he was leading the World Motorcycle Championship and was just three races away from winning his fourth title.

Following his accident, Rainey became the team manager of the Marlboro Yamaha Team before retiring in 1998. He was inducted into the AMA Motorcycle Hall of Fame in 1999 and the International Motorsports Hall of Fame in 2007, named a FIM Grand Prix ‘Legend’ in 2000 and has a corner of the Laguna Seca Circuit named in his honour. 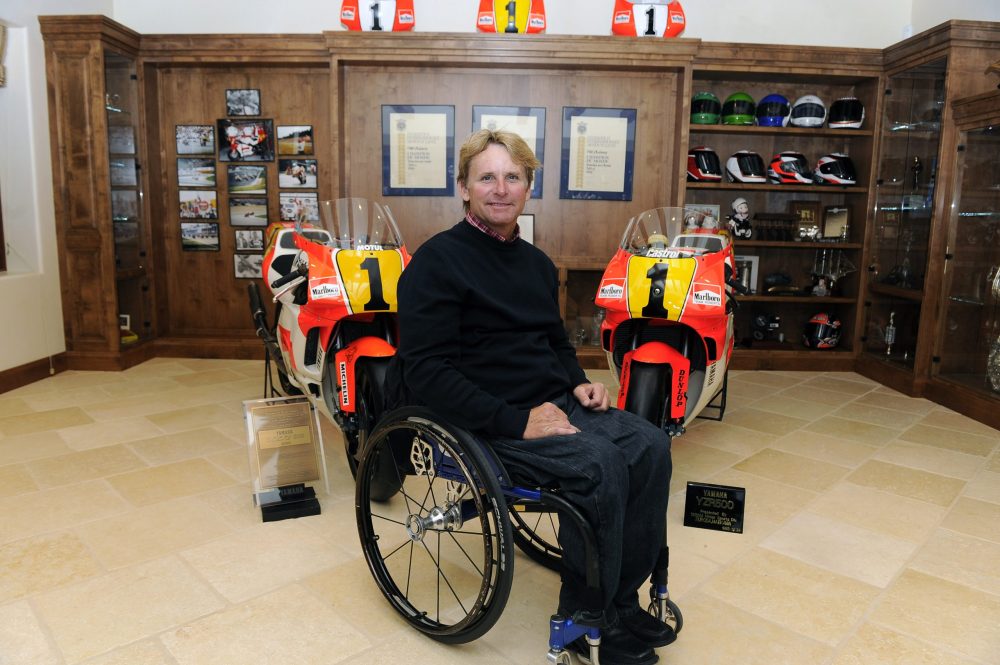 JOURNEY TO THE EDGE - EPISODE 2

Yamaha’s Niken has caused quite a stir since it appeared on the market earlier this year. A leaning three-wheeler, with a performance motor, for grown-ups, for real?