Melbourne Cricket Ground – or the MCG – is one of Australia’s premier sports venues and boasts a capacity of over 90,000, lying in proximity to the central business district of Melbourne. With a long and proud history in both the sporting and cultural heritage of the city and the state of Victoria, MotoGP™ had the honour of a pitch invasion of sorts – as well as Jack Miller’s EG 0,0 Marc VDS bike being craned up to sit atop the MCG Scoreboard roof.

Recently crowned 2016 MotoGP Champion Marquez counts on a little less cricketing heritage than South African Binder and Aussie Miller, but being eight men down on a full team didn’t stop them being put through their paces and taught how to tackle one of the talisman sports of both Australia and South Africa by cricketer Guy Walker. Once their innings was over, lessons learnt and wickets taken, the riders then took off their pads, helmets and gloves to head up to the roof to enjoy the stunning view of the city.

The 40 metre climb was more than worthwhile, as the riders joined Miller’s EG 0,0 Marc VDS Assen GP-winning machine on top of the cricketing world to let the incredible views of the skyline bowl them over ahead of this weekend’s Michelin® Australian Motorcycle Grand Prix.

The three now head down even further under to the legendary Phillip Island Grand Prix Circuit in the south of the state, ready to try and hit their rivals for six as the final three rounds of the remarkable 2016 season get underway – with track action beginning in Australia on Friday morning at 10:00 local time 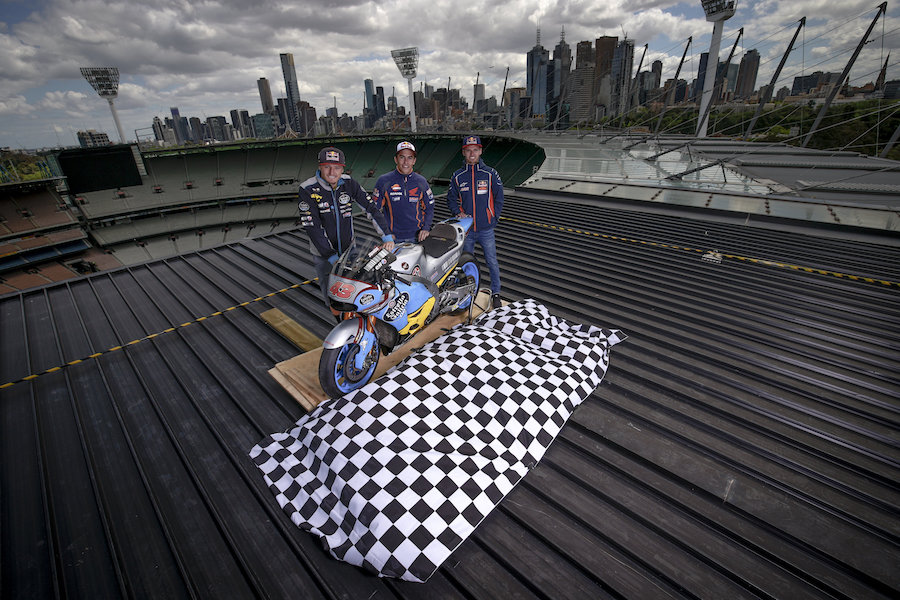 Jack Miller with his bike and the 2016 Moto3 and MotoGP title winners. 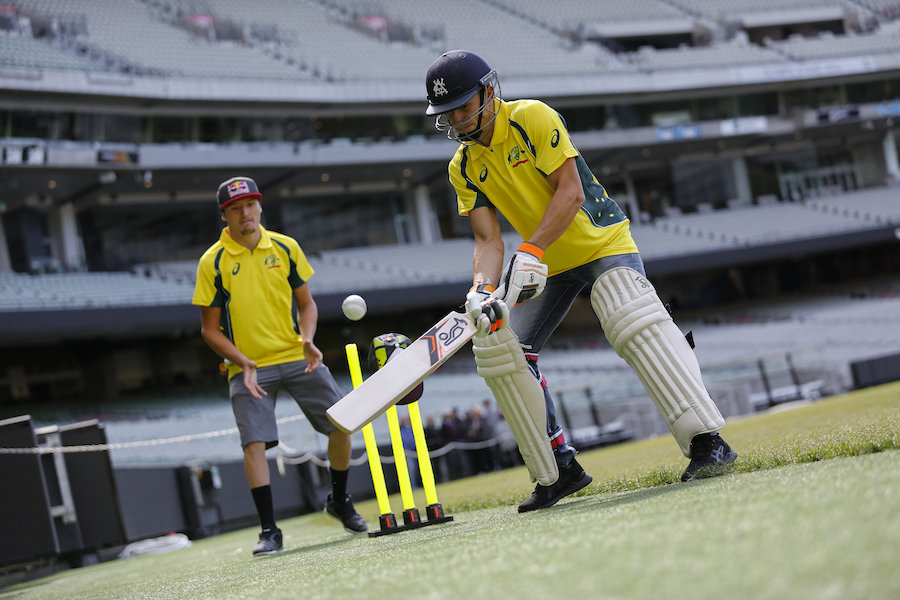 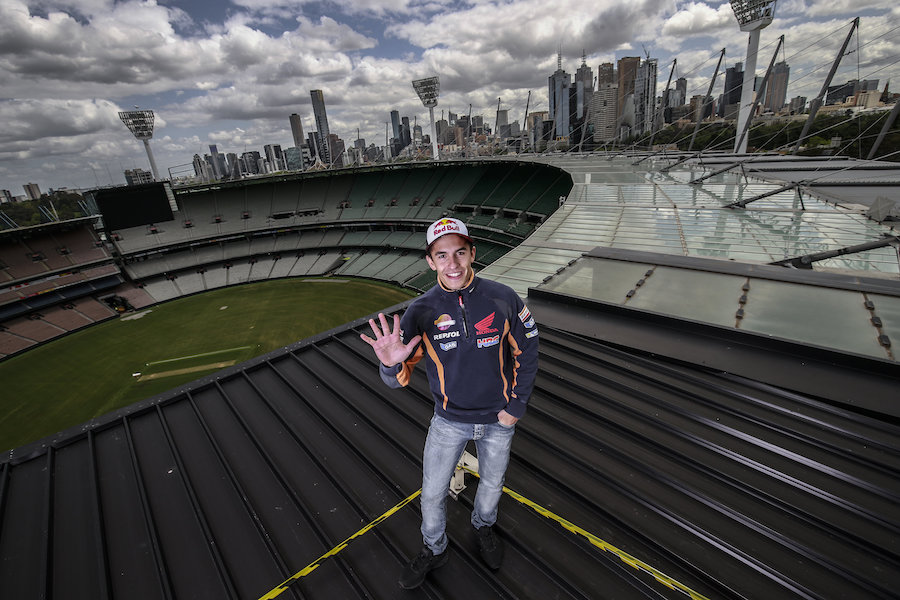 Marc tells you the number of times he’s won a World Championship. 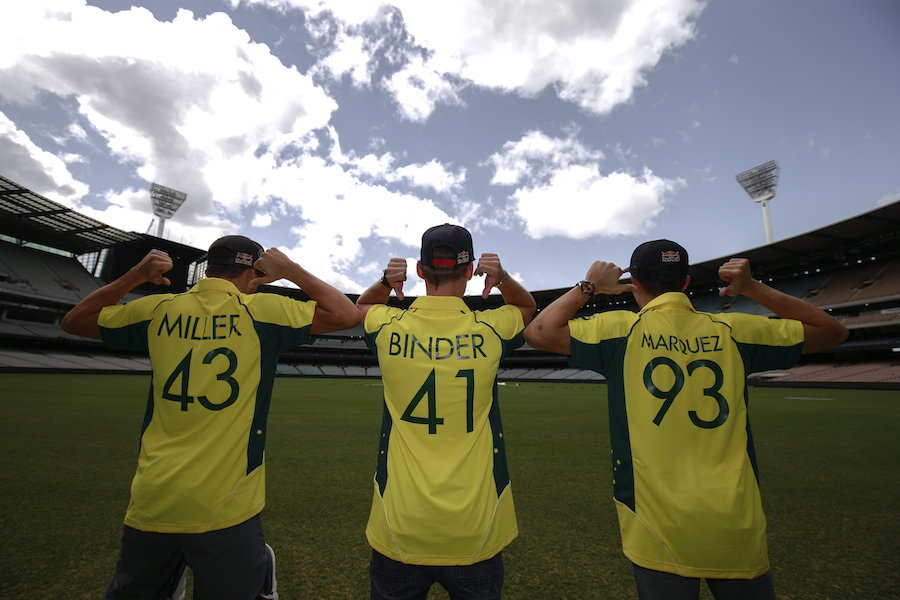