On Monday 22 November, the most coveted of all the world records targeted in Florida was beaten. With a speed of 455.737 km/h (283.182 mph), Max Biaggi and the Voxan Wattman claimed the prestigious world record in the ‘partially streamlined electric motorcycle under 300 kg’ class.

In line with FIM (Fédération Internationale de Motocyclisme) regulations, the Voxan Wattman’s speed was measured from a flying start over 1 km in opposite directions, within a period of two hours. Under Federation rules, the final speed is the average of the two speeds recorded over these two runs. 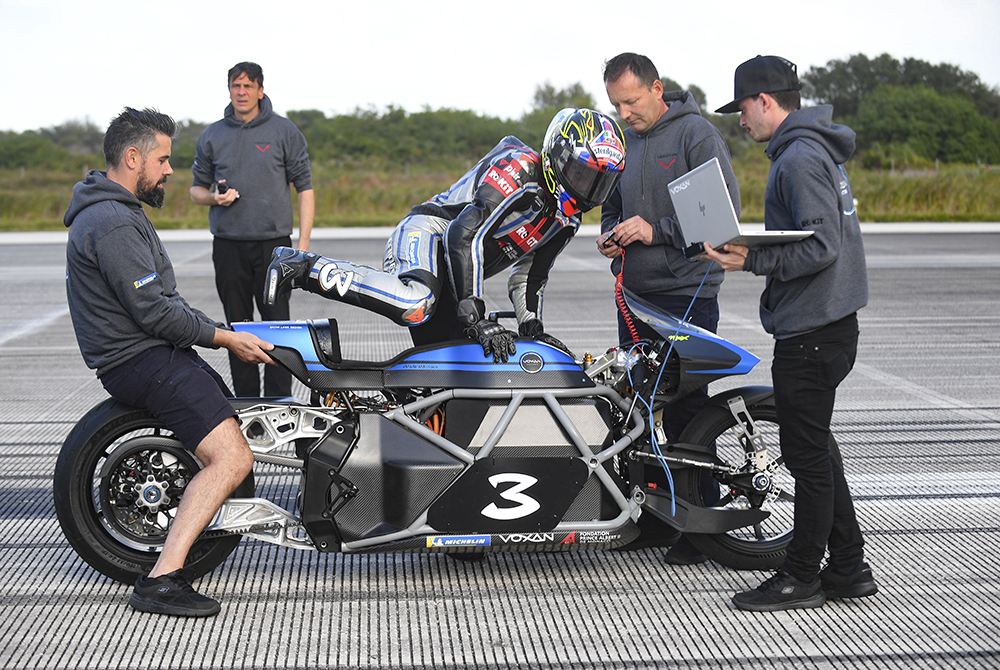 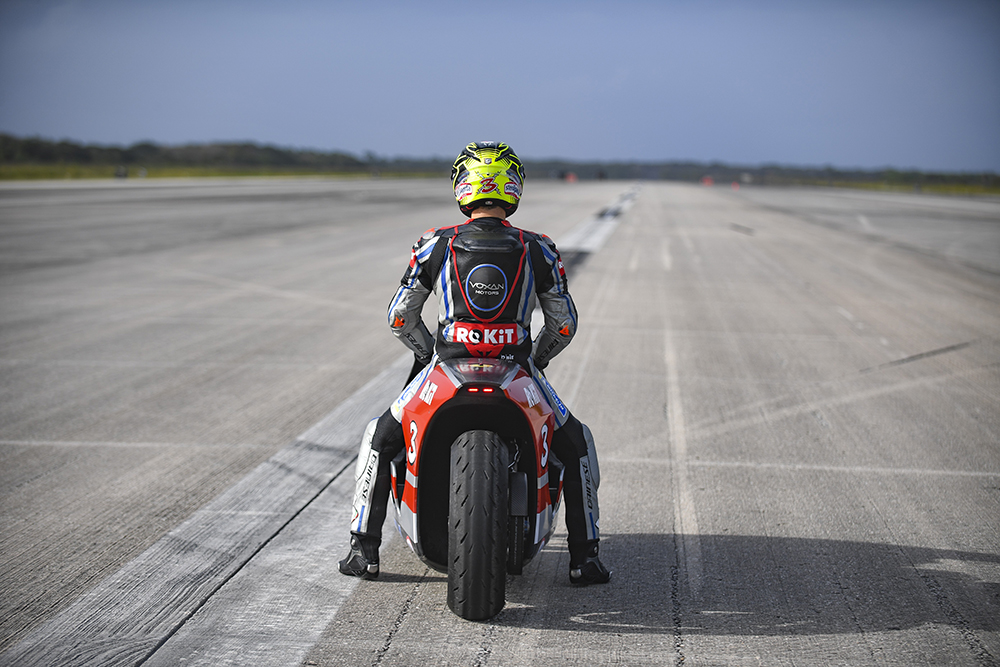 On Sunday 21 November, a non-streamlined version of the Voxan Wattman without its fairing also took on the challenge over a distance of 1 km, from a flying start. The principle was identical: 1 km in opposite directions, within a period of two hours. Once again, the final speed was the average of the two speeds recorded over these two runs. The new world record in the ‘non-streamlined electric motorcycle under 300 kg’ class is now 369.626 km/h (229.675 mph). 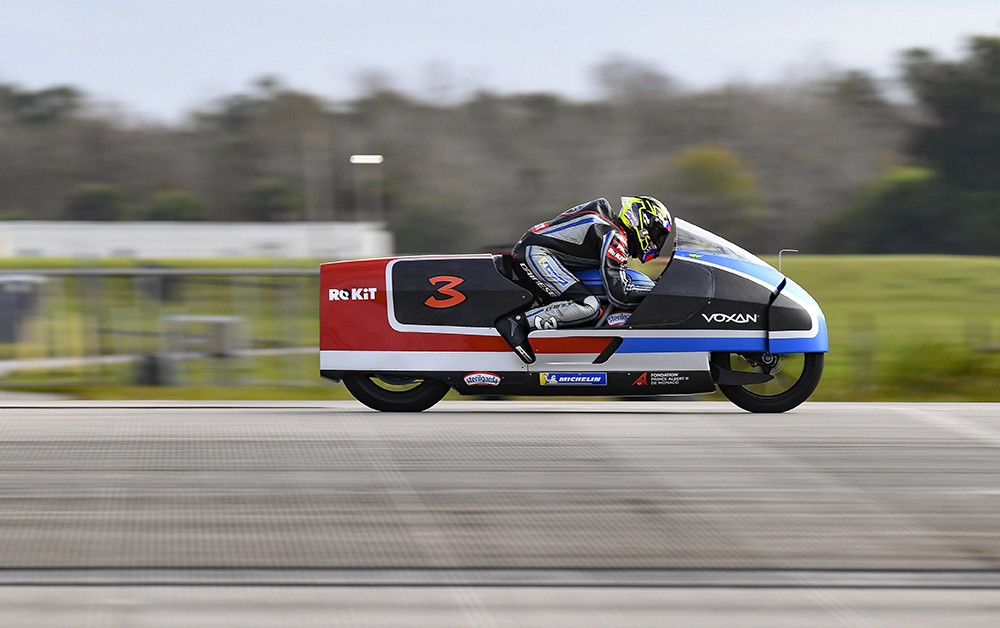 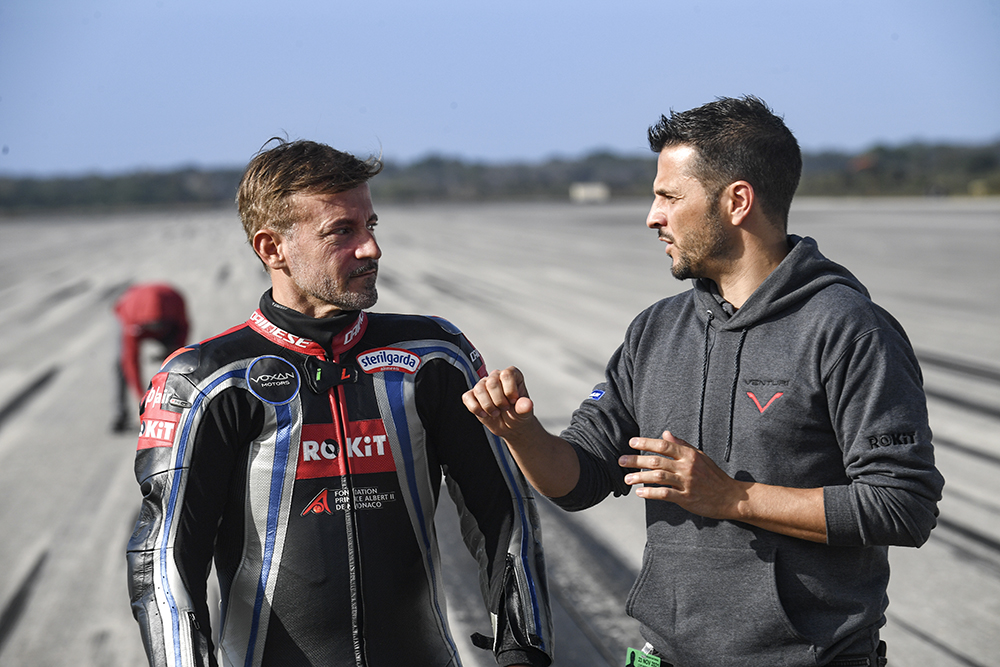 “In less than a year, we have succeeded in lowering the motorcycle’s weight, while increasing its power and improving its stability. Following the records we set in November 2020 in the ‘over 300 kg’ class, these 21 new records are another magnificent reward for the Venturi Group, for Max Biaggi, and for our valued partners, Saft, Michelin, and Mercedes. I am pleased to think that the experience gained from this project will contribute to improving eco-mobility. I share these records with my country, Monaco, which does so much to promote sustainable development.” Gildo Pastor, President of the Venturi Group 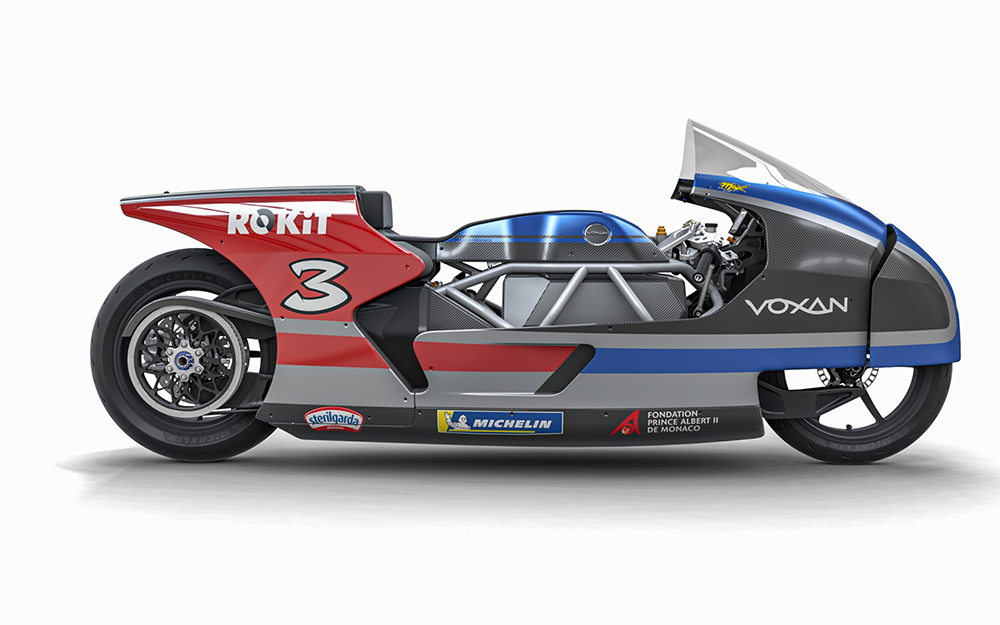 “Saft is proud to have contributed to these records alongside Voxan. The Wattman’s cutting-edge battery uses our Lithium-Ion technology, which allowed considerable weight and power gains on the motorcycle and improved braking, without sacrificing safety or reliability. It is the result of tireless efforts by Saft’s teams on both sides of the Atlantic, who designed, tested, and manufactured the modules of this high-performance battery for Voxan in under five months.” Annie Sennet, Executive Vice President, Saft Space & Defense Division 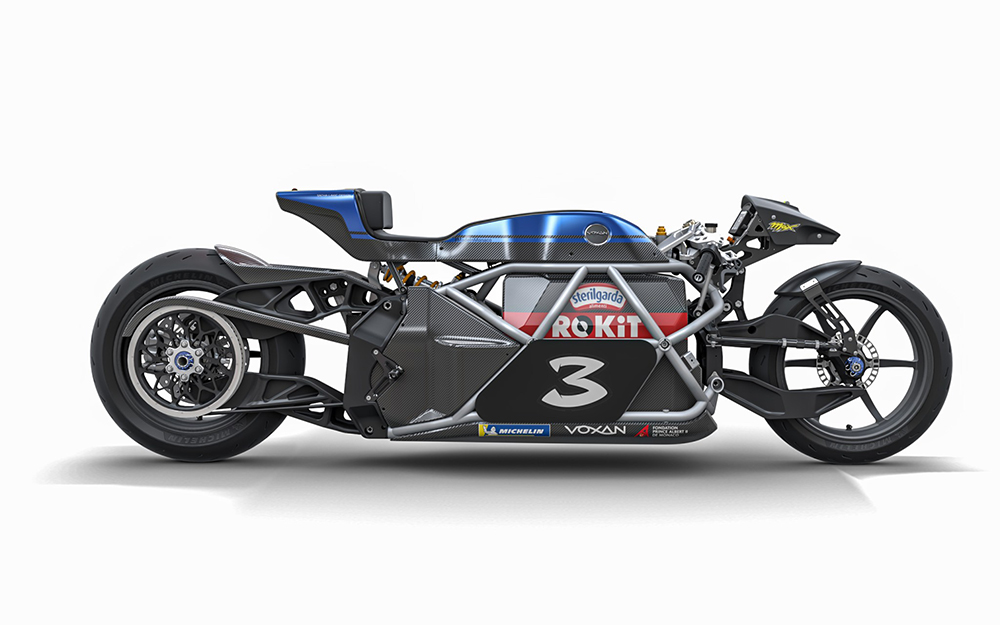 “We at ROKiT are absolutely delighted to see the Voxan Watman achieving these new world speed records for electric motorbikes, as history tells us that speed records have a major effect in driving new technologies forward, rapidly. Technological excellence, combined with world-class engineering and piloting skill have produced outstanding results for us all. Many congratulations.” Jonathan Kendrick, Chairman and Co-Founder of the ROKiT Group of Companies. 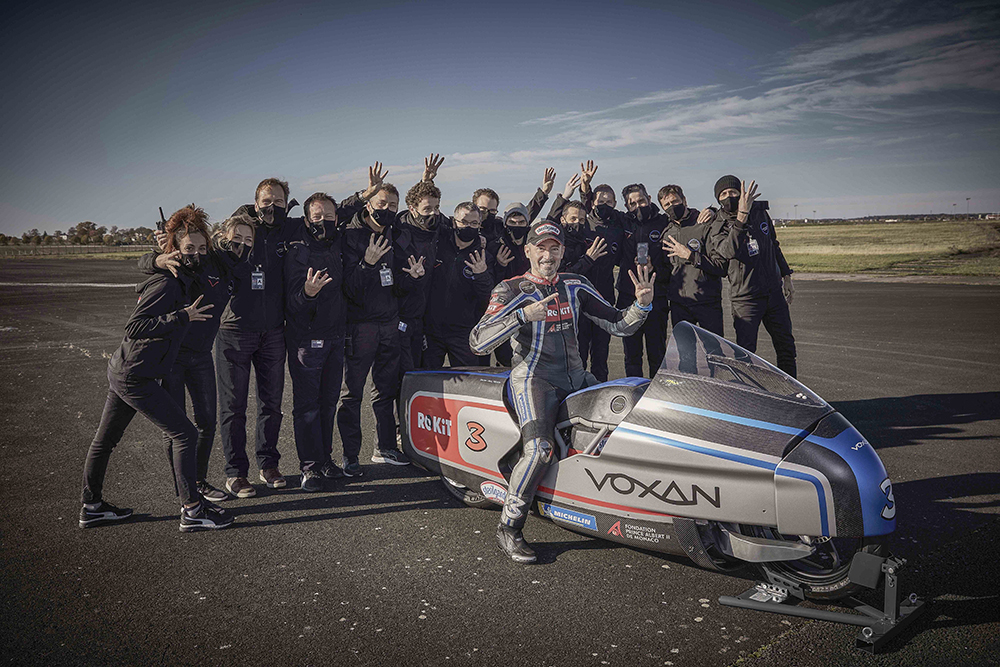