Peter holds the position of Chief Executive Officer – Motorcycling Australia, and comes to this new appointment of FIM Oceania President with decades of experience in motorcycle sports as a competitor, International Team Manager and the CEO of one of the largest FMN’s.

Having held the position of Deputy President of FIM Oceania for over 3 years, the crucial role and work of the ‘’Down Under CONU’’ comes as a very familiar responsibility in the role as incoming FIMO President. This position coming with the important appointment as a member of the FIM Board of Directors, representing the FIMO CONU. 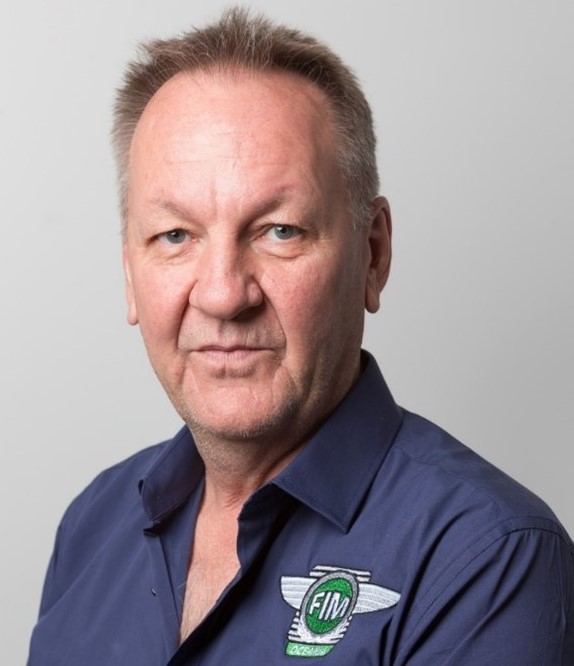 FIMO President-Elect Peter Doyle said: ‘’I am very proud to be appointed to this position.”

“It is an exciting time for FIM Oceania as the sport continues to grow strongly in this region. In the FIM Oceania region we are very lucky that we are already bouncing back from the effects of a tough CIVID effected year. 2021 within our region is looking positive.

‘’Yet again, FIMO region has produced more FIM World Champions in 2020. Given the great challenge of distance and long-travel, creating FIM World Champions from Oceania is so much harder. However, the passion for motorcycling within this CONU has created a long history of success, and the outlook looks bright for our future rider talent. This will be a key focus for FIMO moving forward.

‘’I look forward to working with the other FIM Board of Directors whilst representing FIMO. We will continue the great progress over recent years within Oceania thanks to the hard working FIM Oceania Board of Directors from Australia and New Zealand. We are only two FMN’s, but we race across a landscape of a massive region – split by Oceans and Seas. However, the competition Down Under is World class.’’

FIM President Jorge Viegas said: “We would like to sincerely thank Mr Glen Williams for his commitment and contribution over the last years. We truly enjoyed collaborating with him and take this opportunity to wish him every success in his future endeavours.

‘’We are pleased by the appointment of Mr Peter Doyle, as new President of FIM Oceania, and would like to convey our best wishes for fruitful achievements along this journey. Safe racing and congratulations to FIM Oceania and its new President!’’

FIM Oceania Board of Directors also takes the opportunity to thank Glen Williams, outgoing FIM Oceania President for his dedication and great work as over the past 4 years in this role.

Glen Williams said: “I would like to thank my fellow FIM Oceania board members and our member federations of MA & MNZ for the full support that they have provided to me during my term.”

It has both been humbling and also made my role as FIMO President enjoyable and rewarding. My thanks also go out to the members of the FIM Board, The FIM President and FIM Staff who have been invaluable for their positive and constructive guidance throughout my term and through the Covid-19 period.”

FIM Oceania additionally welcomes Mr Noel May to the role of FIM Oceania Deputy President. Mr May come to this appointment highly experienced in motorcycle sport, also holding the current role of President of Motorcycling New Zealand for the past few years.

FIM Oceania enters into the new era as it undergoes the development of the FIM Oceania Strategic Plan, with support from FIM. This planning process will help to guide the future of FIM Oceania and motorcycling in the Oceania region. An important focus is held for junior development, empowering volunteers and growth of the CONU. In addition, cementing strong links with other CONU’s and the FIM through projects and sporting competition.