As the 2021 AMA Grand National Cross Country Championship comes to its conclusion the title fight is between Ben Kelley and Steward Baylor, but you’re in a three-way battle to finish third overall.

We have three more GNCC rounds for the year, Ohio, West Virginia and Wyoming, so I’ll be looking for a win. Or two or three. At least grab enough points to wrap up the final step on the 2021 championship podium.

In 2020 you scored a long string of podiums and your first outright round victory in four years to finish overall runner-up for the season. Both you and Babbitt’s Online Monster Energy Kawasaki Team must have had high hopes for this year?

Certainly the year has been a little more inconsistent than I would have liked, but that’s racing. I’ve enjoyed some solid results but lost valuable points when I was taken out by the current points leader in Ohio. Then, in Pennsylvania I made a bone-head move and had a big crash that resulted in a broken front hub. My only win this year was at the John Penton in Ohio, a venue I’ve raced at every year since I came to the US back in 2006. It was my first win there, so that was a cool experience. 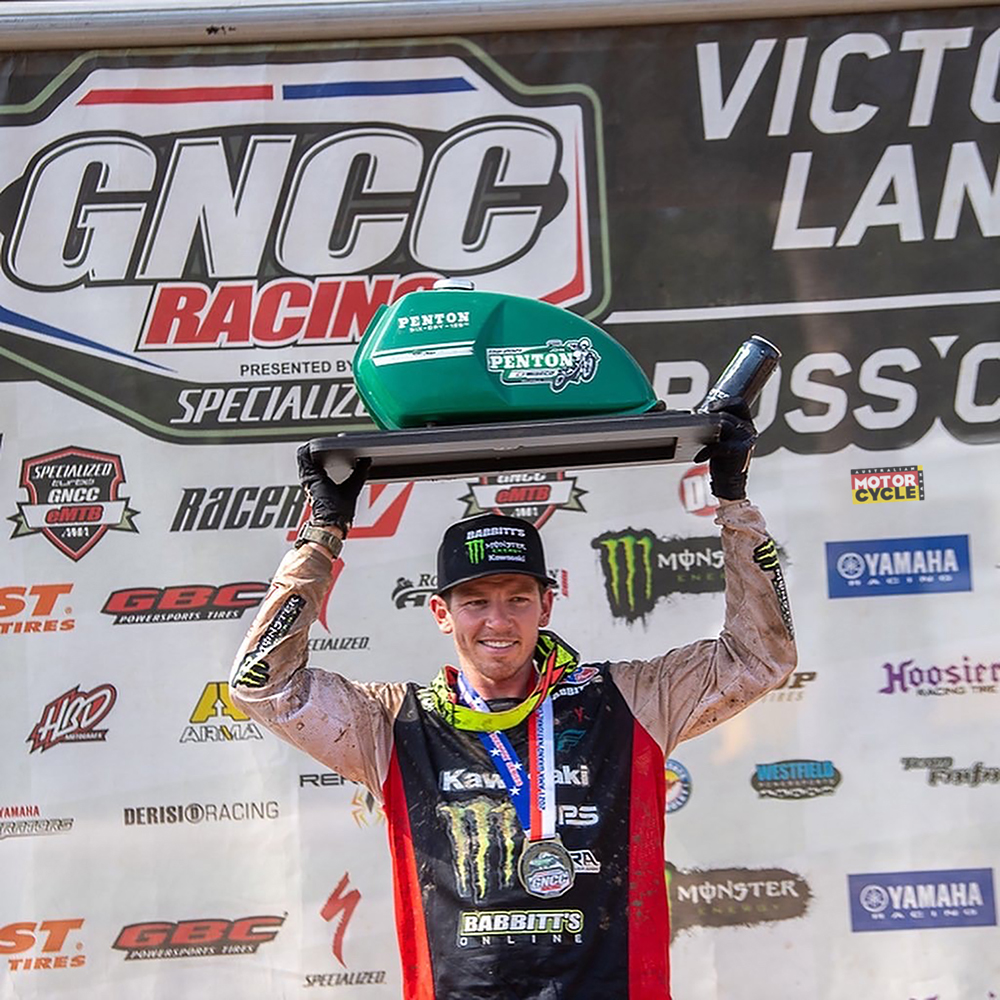 Other than a year racing on the west coast, you’ve contested the GNCC, largely held across the eastern states of the USA. Third in 2008, second in 2009, then the championship victory in 2010. Now, at 33 years of age, is there another championship in you?

I’m still enjoying the racing and if I put in the effort my momentum will keep rolling. Though it’s difficult to be consistently up the front at this level, every pro rider has earned the right to be there. Kailub Russell [eight-time GNCC titleholder] may have retired this year but, if anything, the competition is more intense. Thanks to [team manager] Denny [Bartz] and Freddy [Andrews] for running the team and [mechanic] Joey [Mauer] for prepping my bikes, we’ll continue to enjoy the racing as it comes. 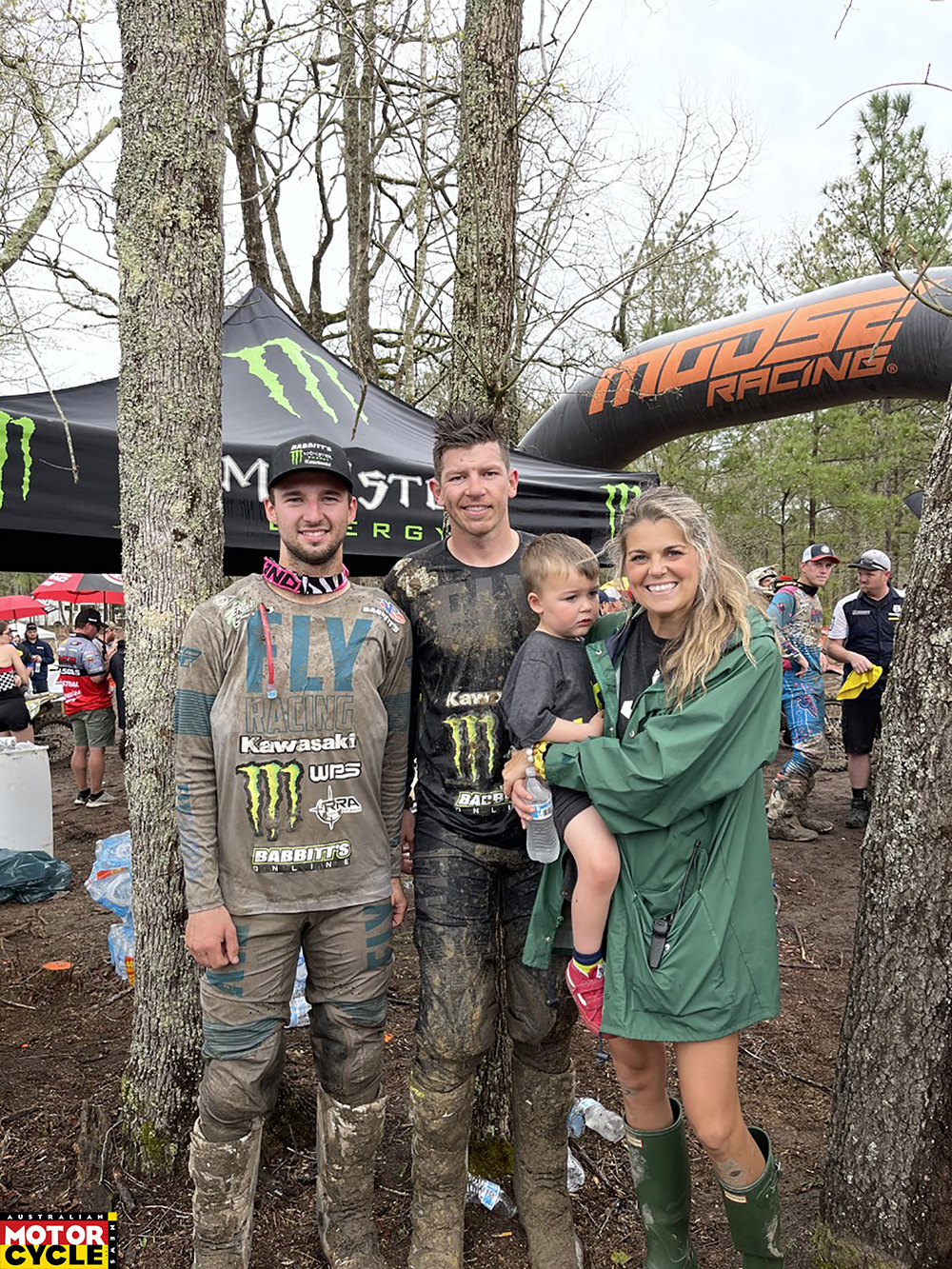 How is Covid affecting life in your world?

The ‘vid’ is still here with the realisation that it’s something we’ll never be able to get rid of completely. All I know is that currently we’re free to do what we like and wear masks in some places. If that makes the shop owner more comfortable, then I’m okay with that.

Over the last few months I’ve been racing some local events on the weekends. They attract anywhere up to 600 riders so the tracks get as chopped up and rutted as the GNCC venues we race at, but these events carry a good pro payout which is always handy. 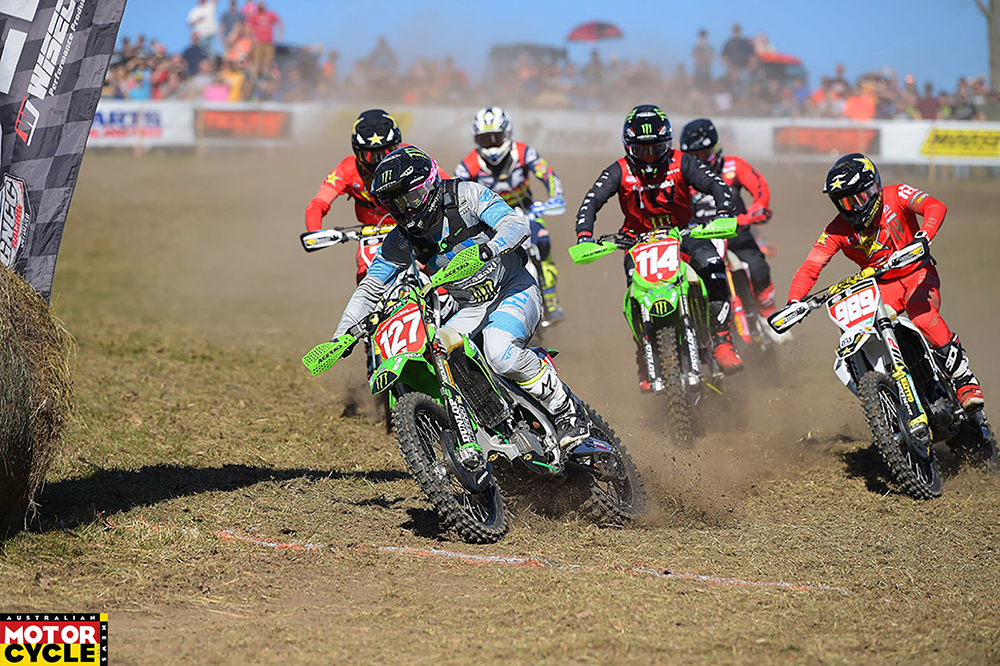 Strang leads away at the Buckwheat 100 GNCC in Newburg, West Virginia

Do you still call Australia home, or is Inverell a distant memory?

Australia will always be home and I enjoy going back when I can, but I’ve been here so long, put my roots down and started a family [wife Cameron and son Maverick]. I reckon I’m lucky having two places to call home.

Where exactly do you spend time between events?

We’ve been living in North Carolina for about six years now. The area reminds me a little of Australia so it’s a lot more enjoyable. Cam and Mav attend almost all of my races, hundreds of kids run wild between the campers so I wouldn’t have it any other way. Cam is due with our second baby in a few weeks so they’ll both miss the last few rounds. 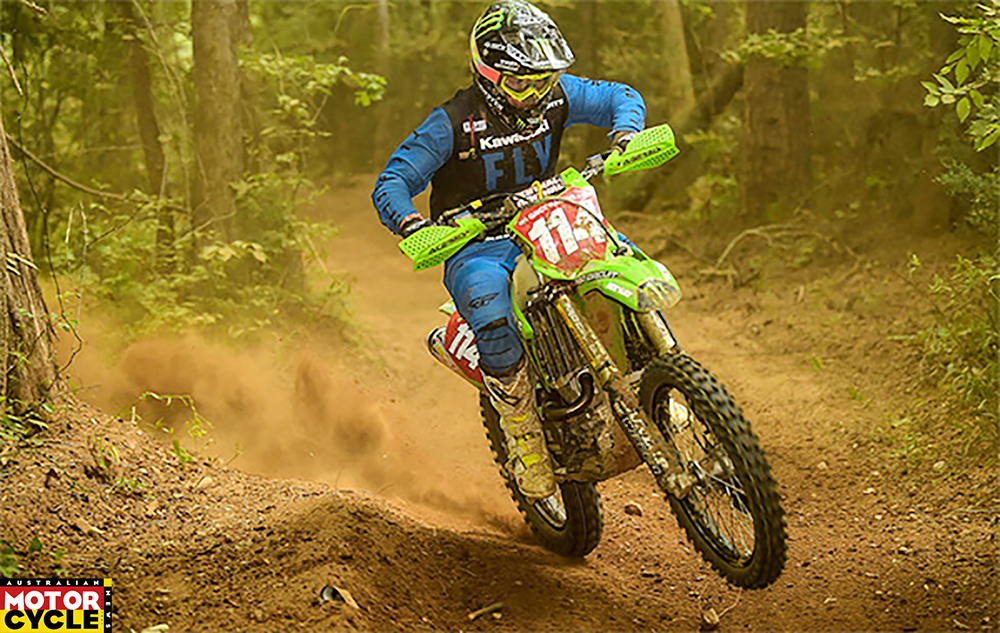 What do you get up to in your spare time?

Being a dad is just great and, as much as the whole racing scene is family oriented, it’s good to spend some time at home. Trek Bikes have looked after me for years, so I have a couple of roadbikes, a gravel bike, a mountain bike and an e-bike. It’s really a hobby I enjoy and to have a bike for every occasion is great. I use the Trek rail [e-bike] for pre-riding the course, but I’ve used it for some fun riding and they are a blast. 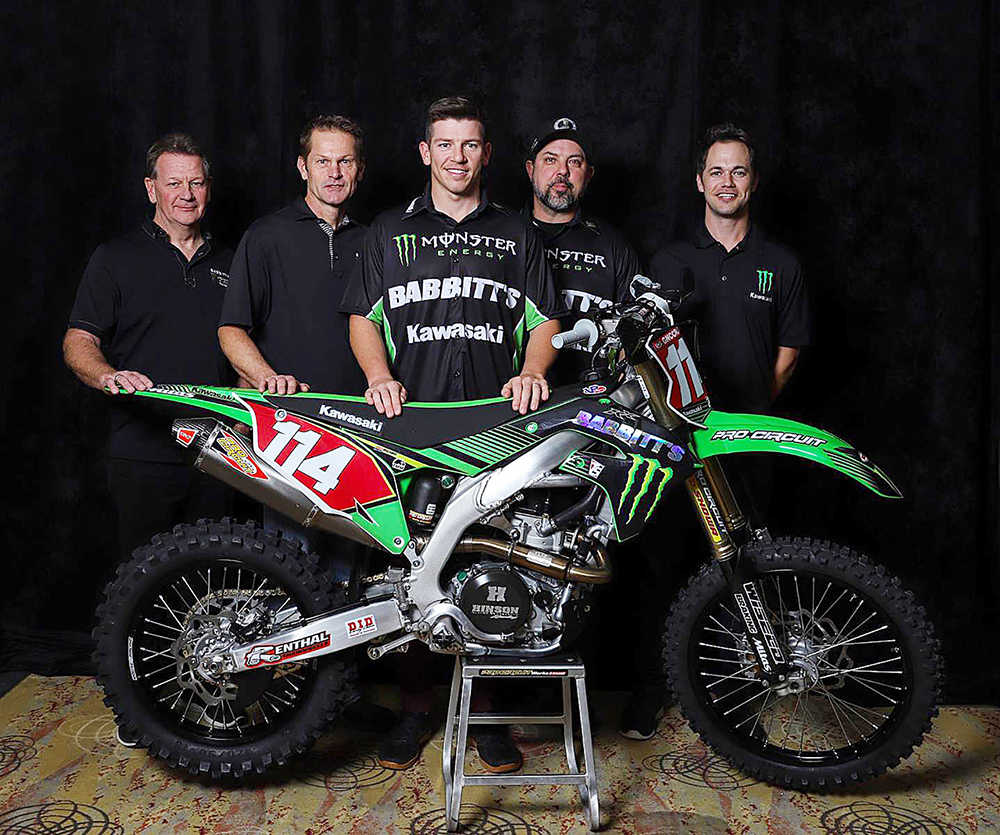 For more AMCN updates check out our Facebook page