Think Harley-Davidson and you’re sure to conjure images of tasselled leather, tattoos and beer bellies on ageing, bearded bikers, thumping along to their beloved ‘potato-potato’ soundtrack.

And at the moment that image isn’t too far off the mark; Harley’s typical owners are getting ever older and love the brand for offering precisely what it’s churned out for the last few decades of its 115-year life.

But that’s not a sustainable plan for the future. Younger riders are showing scant interest in picking up the (tasselled) reins as their baby-boomer parents give up on bikes altogether and Harley’s sales are suffering as a result. Which is why the firm has unveiled a plan for the future that will see its cruiser and touring ranges joined by new models that throw aside traditional styling and old-school tech in favour of truly modern looks and engineering.

The new plan comes in several stages. First, in 2019, Harley is bringing its LiveWire electric concept to production. Newly-released pictures show how the prototypes that were revealed four years ago have evolved into a production-ready machine, and there’s good news; the styling has been virtually untouched. All that’s noticeably changed is the headlight – actually more modern-looking than the original concept, and taking its cues from the oblong design of the 2018 Fat Bob’s lamp – and the tail unit, which gains a pillion seat. Otherwise, the showroom LiveWire is every inch the head-turning electric muscle bike that the concept promised.

There’s no work on performance, range or price yet, but with sales starting next year we’ll find out soon enough. 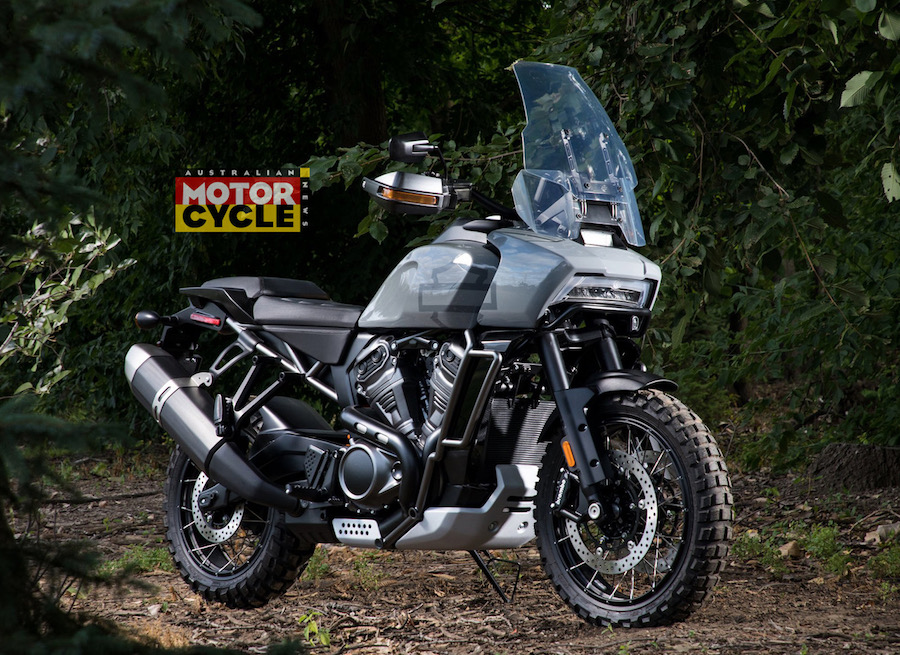 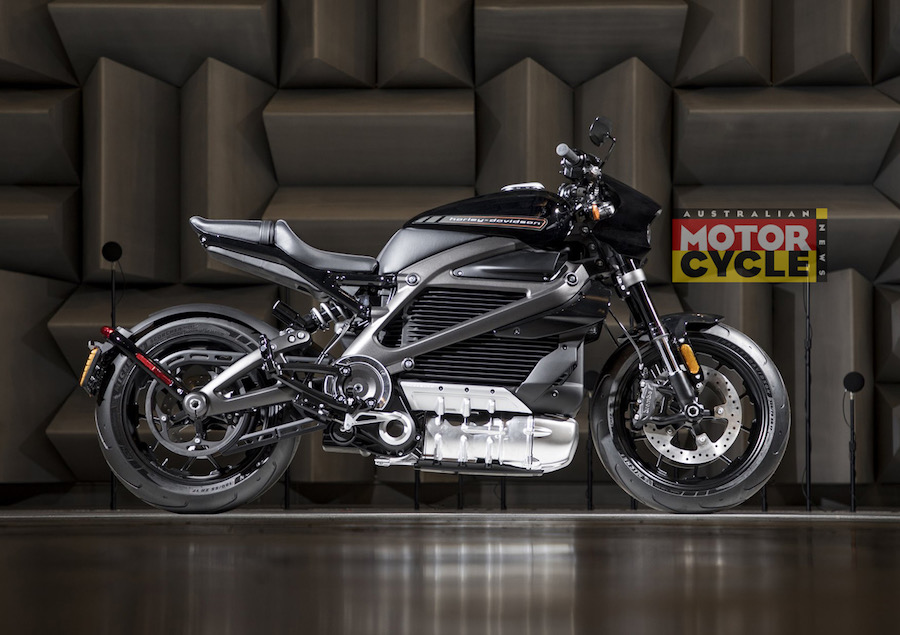 On the electric front, the LiveWire is just the start. Harley is promising two more electric bikes in 2021 and 2022, with ‘accessible power and price points’ plus three ‘lightweight urban’ electric bikes intended to rival scooters and electric bicycles. Concept drawings show one of the ‘accessible’ electric motorcycles will be a flat-track-style machine, while the three ‘urban’ models are illustrated as two bicycle-shaped creations and one that’s more like a scooter.

If electric bikes aren’t your thing, Harley still hopes to be able to attract your attention with a wide range of middleweight bikes from 500cc to 1250cc, using modern, DOHC, water-cooled V-twin engines. The first of these will debut in 2020.

One of the 2020 machines is an adventure tourer bearing the name ‘Pan America’ and revealed in near-production concept form here. It’s set to be offered in 975cc and 1250cc form (one appearing in 2020, the other in 2021) and appears to use an aluminium frame and swingarm along with the new water-cooled engine, which might be distantly related to the motor used in the old Buell 1125R; it shares the same basic layout and a similar V-angle and capacity. If that’s the case, the 1250cc version could be a real rival to the 160hp Ducati Multistrada 1260. Upside-down forks and radial Brembo brakes hint at the bike’s performance.

Alongside the Pan America in 2020, Harley will also unveil the first of a new range of sporty naked streetfighter models. The firm hasn’t revealed a name for these bikes yet, but it has trademarked the names ‘Bronx’ and ‘48X’ recently.

In total, Harley promises to launch no fewer than nine bikes in this new streetfighter/standard range between 2020 and 2022, with capacities ranging from 500cc to 1250cc. Photos of the unnamed streetfighter show a machine with the same engine as the Pan America – a water-cooled, DOHC V-twin – and an aluminium frame and swingarm. The bike’s styling is similar to that of the electric LiveWire, albeit with the addition of a very visible petrol engine. Once again, there’s high-spec suspension and Brembo brakes on view, hinting at some very un-Harley levels of performance and handling. 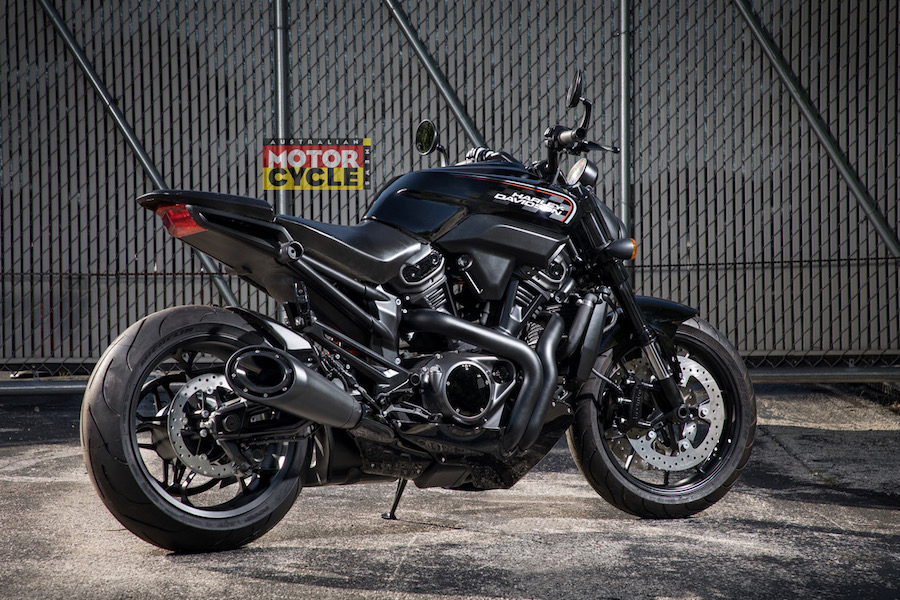 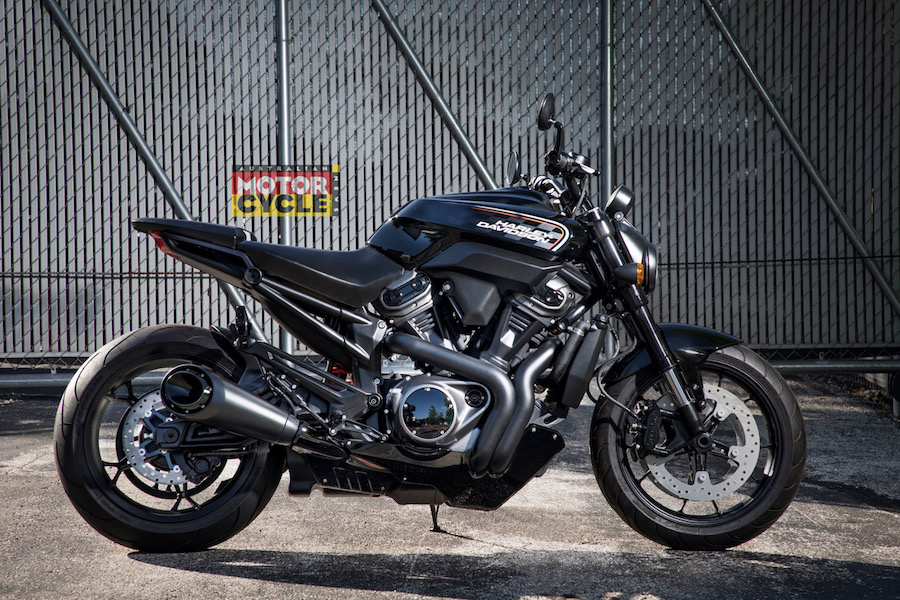 Simultaneously, in 2021 and 2022, the firm will reveal a range of five new custom bikes using the same 500cc-1250cc engines. It’s likely that the smaller of these will be the 500cc and 750cc Revolution X motors used in the existing Street 500 and Street 750, alongside the new, water-cooled 975cc and 1250cc V-twins. A prototype representing these new models, again with the new engine fitted, has also been revealed, showing a much sportier style than a typical Harley – there’s more than a hint of flat-tracker in the low-slung styling and stacked, high-level exhausts.

You might have thought that all this – two new adventure bikes, nine naked streetfighter models and five new customs, plus six electric bikes – would be enough to keep Harley’s engineers busy, but the firm says that alongside all the expansion into new markets it will continue to launch between two and six new models in its existing touring and cruiser ranges every year.

And there’s more. In 2020 Harley will introduce the first of a new line of 250cc-500cc entry-level bikes aimed at the Indian and Asian markets. Initially to be sold in India, the new small-capacity Harleys are set to be made in partnership with an existing local bike firm. That partner hasn’t been named yet, but will provide the production facilities and dealer network for the new small bikes.

On top of all these new products, Harley is also planning a complete revamp of its sales network and strategy. The internet will form a cornerstone of this, along with a new type of small, urban store, which is likely to focus on the electric models and Harley clothing and merchandise. Existing, full-range dealers will also be expanded with the firm adding 25 to 35 new full-line dealers per year, mainly in emerging markets.

All this will cost a fortune, of course. Harley’s pencilled in an operating investment of $450-$550 million (US) split evenly between the new middleweight bikes, the electric models and the retail expansion. There’s also a capital investment of $225-$275 million (US), mainly on the middleweight petrol machines and due to be spread from 2019 to 2022. On the back of this, and the new products and strategies the investments bring, Harley is aiming for around $1-$1.5 billion addition revenue by 2022, with operating income rising by $200-$250 million.

The days of Harleys as a cruiser cliché are coming to an end. 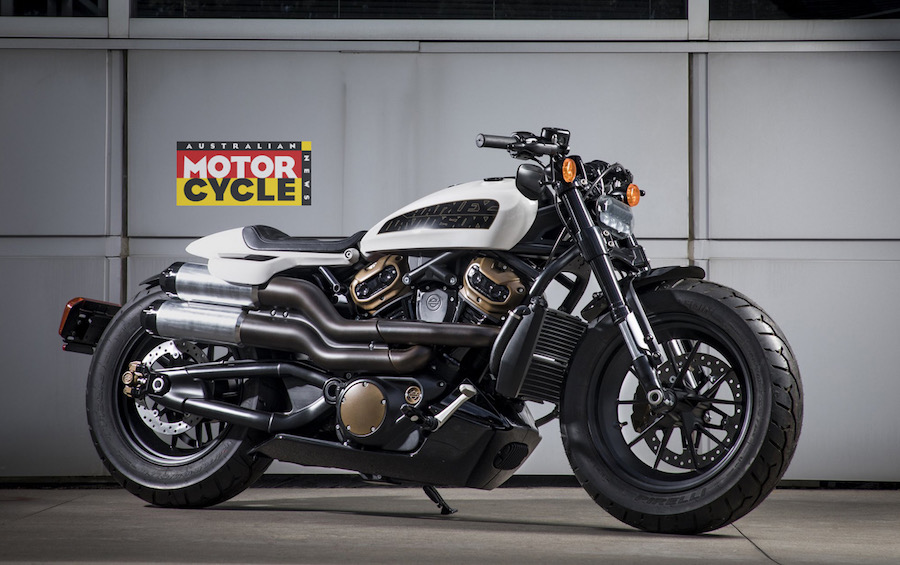 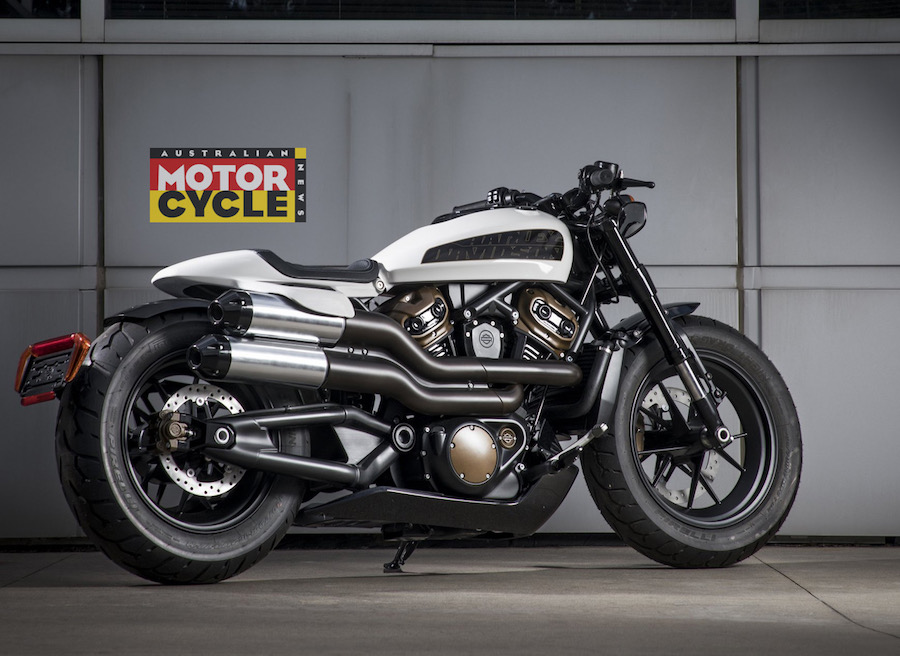